How did the Mona project come about?

Mona and The Museum of Everything share a certain way of seeing. It has something to do with art, or rather, that thing we call art. We are both contrary and curious, yet we are also oddfellows and opposites. After a few years of philosophical free-associating, Mona curator Olivier Varenne felt it was time we tied a knot. David Walsh and I held our hands and noses—and we said yes.

Did you have a particular goal in mind in creating the show?

The goal was communication. Few major Australian institutions have taken the plunge into alternative materials and so-called outsiderism. Certainly none have hosted as immersive an installation as The Museum of Everything—and this despite many eloquent activists, such as curator Lynn Cooke, writer Jennifer Higgie and artist Fiona Hall. We thought it was time for change; and in Mona, found a partner willing not only to support the project, but to do so with verve, theatre and edge. The resultant happening has broken new ground, not only for the region, but for the field. It is our most complete and cohesive exhibition to date.

It’s fairly massive. What has putting the exhibition together involved—physically and mentally?

This project was conceived, written and edited many times over the year prior to its realization. A multi-act narrative evolved and this remained fluid until the exhibition finally came into being. This gave the physical aspect its flow, immediacy and tension, for the rhythm was never rigid. Yet at its core lay one central idea: an Old World home-museum constructed inside Mona’s New World architecture, with thirty interconnected rooms leading visitors through a matter of life and death—and all contained within an imposing three-storey frontage. On the practical side, artworks needed to be prepared and dispatched across the world many months prior, with leeway for the kinds of on-site associations which often give The Museum of Everything its particular flavour.

In addition, the alternative history we thought to propose demanded that each space relate spatially and thematically to the next. The goal was invisible flow, rather than a formal, historical or geographical arrangement of objects. Curatorial, architectural and interior choices then became equals in a design process which juggled elements to balance maximum transcendence with minimum overload. Over two hundred fabricators were arranged into multiple teams. Under our guidance, they then implemented our ideas over the course of three weeks. Build and hang coincided. Therefore it was only thanks to high levels of coordinated management that we retained the necessary levels of precision and decision. It was arguably the most complex and labour-intensive operation we have ever undertaken. Without Mona’s in-house action-planners it could never have been achieved. Yet the response, critically and publicly, has been astonishing. That alleviates the inevitable total exhaustion like a steaming hot bath full of salts.

When we first started The Museum of Everything, it sometimes seemed like we were speaking in tongues. Today we have more colleagues, competitors and compatriots than ever before. Makers of all shapes and sizes pop up daily and claim us as their spark. That’s humbling and energizing. We see it—and art in general—as greater evidence of an inevitable behaviour, rather than as an end in and of itself. Annoying then that the outsider tag hangs on like a stubborn barnacle. Annoying too that the increased focus on the non-mainstream sometimes results in a celebration of the average. But if equivalence means anything, it means the right to be ordinary. So we see The Museum of Everything’s influence not only in the flashes of outlying brilliance, but in the illuminated corners of the so-so. Take the two together, and it means that the criteria for inclusion are widening. For us, that’s the giant step. If public galleries and museums choose to showcase material by minority artists, or authors with intellectual disabilities, their first engagement with that type of practice may well have been through The Museum of Everything. Similarly small towns and communities are increasingly reaching out to their own marginal makers. They then write to us, because they know we’ll be interested. We are interested and we always will be interested. As the world maps a new art geography, we are proud simply to play a part.

What is next for The Museum of Everything?

We are scouting locations for travelling shows—particularly in Asia, Africa and the Middle East. We have smaller projects too, like our pop-up gallery in central London, which hosts regular exhibitions by individual artists. There’s a growing need for educational and outreach projects, so we increasingly put together meetings, seminars, workshops and other related activities. And we are always on the hunt for new art-makers around the world. In the end, we are a charitable organization and we believe unequivocally in our mission: to communicate and universalize art-making from beyond the known boundaries—and to do so by any means necessary.

The exhibition continues until 2 April 2018. www.musevery.com;www.mona.net.au

Portraits of royalty strutting their stuff in codpieces reveal a short-lived fashion for the exaggerated male genital area.
Read More 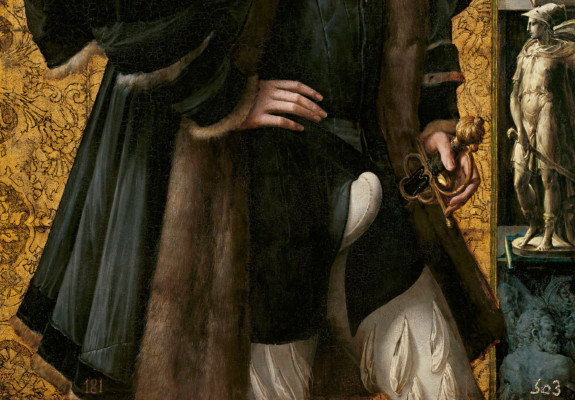 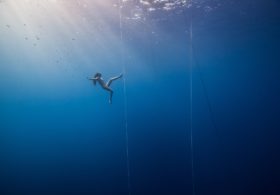