In 2017, as part of Hull’s year as UK City of Culture, Davy and Kristin McGuire installed Micropolis—a miniature cardboard city filled with tiny hotels, restaurants and houses and animated with video projections—in a disused pumping station. Though their earliest projects saw them acclaimed for their work with paper, more recently they’ve started working with wood for their film noir-inspired doll’s houses.

“What we do is make illusions in reality. The best way to describe that is augmented reality”

You describe yourselves as augmented reality artists. What does that mean exactly?

Davy McGuire: I don’t know really. It was just something to call ourselves as we couldn’t think of anything else. Our work is a range of mixed media and involves a lot of video projection and new technology, as well as more crafty stuff. What we do is make illusions in reality. The best way to describe that is augmented reality, for me.

Kristin McGuire: Augmented reality is exactly what we do. Google defines it as “a technology that superimposes a computer-generated image on a user’s view of the real world, thus providing a composite view”.

DM: So we were right, hahaha.

Tell us about where you trained.

DM: I studied theatre at Dartington College of Arts, Kristin studied dance at Frankfurt University of Music and Performing Arts, so our work is quite theatrical. We use moving image in quite a pictorial way, trying to tell stories with as few words as possible, like a painting.

We met in Holland. I went on a dance exchange where Kris studied dance. We then began to do strange things together.

How did you discover the focus of your joint practice? What was the eureka moment?

DM: I don’t think there ever was a eureka moment. Studying theatre was very collaborative, I found it very difficult to explain ideas to people as they were a little bit “technically meta”. Kris understood exactly what I was trying to say.

KM: There have been so many eureka moments. We have them all the time, that’s the fun bit. We’re both curious about mixing a lot of materials and technologies and seeing what comes out of it.

DM: We once did a performance in a shop window based on silent movies. We had a very short amount of time to get it together and we were acting in front of a film which had captions that were timed precisely to our live actions. So I guess this was one of the first times we successfully mixed our skills together. It was a sort of digital mime show.

You made your reputation working with paper. What’s great about paper?

DM: It’s cheap, malleable, it’s an aesthetic that works well with light and it’s a good projection surface. It’s got a nice texture. If you mess up you can move on to the next one. You can also create a lot of detail. It’s got a fragility which has certain connotations that are nice to play with, especially when exploring melancholic narratives.

Recently you’ve been working with wood. What does wood give you that paper can’t?

DM: It’s got strength and durability which gives reassurance to buyers that it will last a long time. It’s got a solidity to it. It works well with the theme of the doll’s house because that’s what they’re made from.

KM: I used wood a lot growing up, Dad had a sawmill. Just like paper, it’s extremely malleable, fairly cheap and you can get very creative with it.

DM: It also makes it easier to make 3D objects that will hold up. It’s quite nice to make a solid thing, especially with a background in theatre and dance where things are ephemeral. A performance is essentially a collection of live moments, so it’s quite nice to build things with solidity that are intended to last.

You created a remarkable piece for Hull City of Culture. How did the project come about?

DM: Katy Fuller put a project together called Land of Green Ginger. The buzzline was “acts of wanton wonder”, which was about bringing a sense of magic to areas of Hull outside of the city centre. There was first a pilot project in a big bingo hall where little people were projected on the walls in a way that made them look real. The idea was for little people to live amongst the big people of Hull collecting pieces of rubbish, similar to the Wombles and Borrowers. From that, we had the idea of imagining where these people actually lived. We thought: wouldn’t it be cool if you could make an enormous city where these people might live?

KM: It was also a great opportunity for us to scale up. It was good to be given a budget to do something quite jaw-dropping.

DM: We usually make small things but it was fun to make a big thing full of small things.

You used to be based in Bristol. Now you’re based in Hull. What drew you there? Would you encourage people to move up?

DM: To start with it was City of Culture. Thirteen thousand people went to see Micropolis, taxi drivers were talking about it. There’s a real public enthusiasm for art. When we were about to embark on a new theatre show, we needed space. We were looking in Bristol but it was becoming very hard to find an affordable space. We phoned a producer for City of Culture who said they’ve got loads of space. Hull feels like a place of opportunity where people are open to new stuff in an untainted way.

KM: Hull is an amazing place for artists to find affordable studio spaces. You get a lot of support from keen communities in order to make work without the pressure of massive overheads and send it out to the world to develop their own creative practices.

DM: Also Bristol is saturated and expensive, Hull is great. Artists should definitely be looking for spaces up here. It’s also got a short link to London. Also battered burgers and chip spice always trump sourdough! 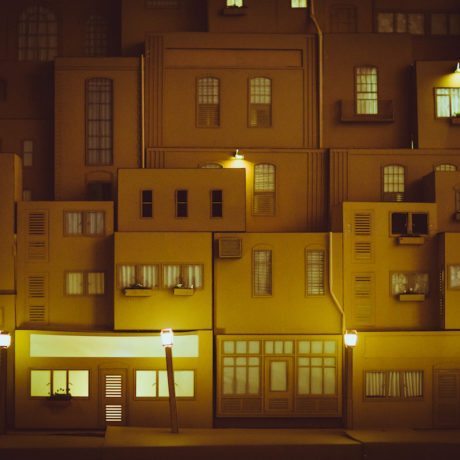 At a time when staring out the window has become a daily activity, take a closer look at the artists who deal with it as a boundary and a frame.
Read More 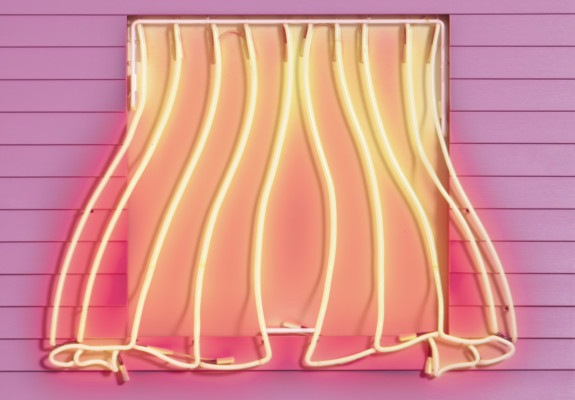 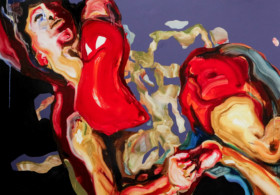