Duality is an oft-used term yet one that’s loaded with more meanings that the word suggests. Our current project at Elephant West, Dreams, Illusions, Phantom Flowers, a collaborative project between Elephant and Edouard Malingue Gallery, looks to explores the idea of duality in terms of its Buddhist connotations, unpacking it through the work of artists artists Wong Ping, Samson Young and Kwan Sheung Chi, all originally from Hong Kong; Singapore-born Ho Tzu Nyen; Tao Hui and Hu Xiangqian, both from China; Portugal-born João Vasco Paiva and Su-Mei Tse, from Luxembourg.

In the second of a series of panel discussions at the space, we’ll be focusing on the notion of duality as explored in Dreams, Illusions, Phantom Flowers and beyond, with Nixi Cura (a Senior Teaching Fellow in the Department of Art SOAS), Dr Rachel Marsden (a lecturer, curator, and arts writer at UAL) and Dr Wenny Teo (an an Art Historian, Curator and  Lecturer in Modern and Contemporary Asian Art at the Courtauld Institute), moderated by Ying Tan (a Curator of Visual Arts at the British Council British Council).

“Duality should compel us to find the nuanced and often messy spaces in between, say, black and white, self and other,” says Cura. “Though representation in binary terms can simplify and essentialize the world, it can also help locate and and activate those spaces.”

For Marsden, it is “an ongoing process of intimate dialogue between the self and other. Here, the self as individuality and the other as plurality. As such, ‘duality’ is a consciousness of the body in the world (or a body in a world) towards new cultural imaginaries and metamorphoses.”

Tan, however, sees duality as meaning “an everyday experience”. She speaks of the term from a more personal context: “I find myself always not quite one thing or the other,” she says, recalling her having grown up moving frequently between different places. “I’m very used to having an accent which is not quite like something and not quite part of somewhere else,” she says. “Not immediately placeable but not totally unfamiliar.” She adds that while London is where she physically finds herself the majority of the time, the city is still fraught with that sense of not-quite-presence— “still both somewhat foreign and very familiar all at once”.

It’s the work of Tao Hui that Tan feels best exemplifies explorations around duality, particularly his 2016 piece Joint Works which “sees actors recreate scenes from TV as though they were live encounters also in a ‘double life’ type of way,” as Tan puts it. She also highlights 2018’s two-channel video installation Double Talk, which shows “a magical realist drama about a failed Korean pop idol who comes back to life only to begin performing again in front of the press” alongside a teacher discussing the star’s performance for their students.

Marsden offers her own critique of duality as a tool for interpreting the work of artists. “It has become a historically ingrained methodology within art history and criticism, too often used to frame and translate contemporary art. Seen as a theoretical safety net akin to the out-dated binary discussions of cross-cultural and “East and West” (one could even say self and other), it is applied to the practices of artists even if uninvited. It is important to see (as with the works shown here in Dreams, Illusions, Phantom Flowers) if and how artists present their complex experiences of ‘duality’ in today’s transcultural era.”

This’ll likely be a fiery point for our panel—Tan says that she’s “not quite sure” why the art world is so obsessed with duality. “Perhaps we all love a fight on essentialism, a good ol’ battle of good vs evil!”

Exploring Duality is the second panel discussion part of the public programme of Dreams, Illusions, Phantom Flowers, a collaborative project between Elephant and Edouard Malingue Gallery (Hong Kong/Shanghai). It takes place on Tuesday 23 April from 6 to 9pm at Elephant West, 62 Wood Lane, London, W12 7RH. The exhibition is on show until 28 April.

From 12 to 23 April at Elephant West, London 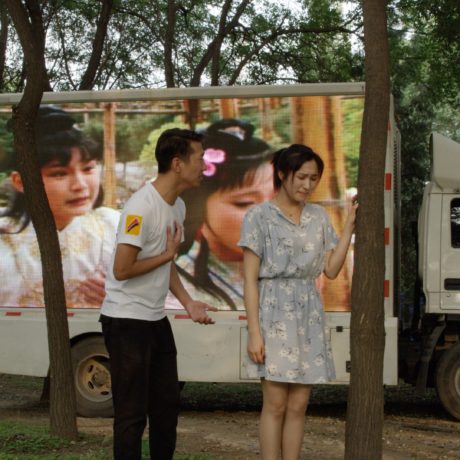 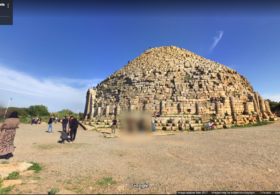 I’m Travelling the World Under Lockdown