You don’t work with traditional sculptural materials: magazines, matchsticks, teddy bears. Where did that begin?

From very early on. I had quite a significant schooling, training if you like, with traditional materials, plaster, clay, wood and steel modelling, welding, casting and drawing from life. But I was clearly interested in a wide range of diverse stuff from early childhood, probably because I grew up in amongst a helluva lot of stuff in an industrial extreme of coal, bricks, steel, enormous steel construction, oil rigs, docks, factories, mass production and so on and this in amongst fantastic beach playgrounds and intensely farmed country. I was completely surrounded by any industrial action you care to mention and became addicted to playing with this significant “stuff”.

For Incoming, you’ll be flooding the gallery with a “wave” of newspaper. What’s the physical process involved in doing that?

Incoming will involve quite an extreme industrial action. My brother and I will handle 20 tonnes of newspapers almost newspaper by newspaper. We won’t be using any glues or stapling or fixing of any kind so the installation needs to be engineered in a very specific way. That involves a pretty basic set of Applied Mechanics rules which need to be followed pretty carefully to make the installation a permanent structure. It will appear to burst from the walls of the gallery so we will interfere with the structure of that too allowing the newspapers and objects to spill into the space. Altogether it’s a very physically demanding job.

What other objects will be in the gallery? What are the challenges in installing objects of that size?

Incoming will be big but not gigantic. I have made these installations with over 200 tonnes of material so I’m keeping the number of objects down to four or five, a Jeep and a crate being the two largest. These will sit on platforms of pallets. They’re heavy and will need that kind of solid base but they will disappear when the newspapers are built around them. The newspapers will look as if they have lifted up the objects and carried them off.

The installation will take three weeks, and it’s open to the public and being live-streamed. Do you enjoy the possibility of interaction that this brings? Or is it a bit like being in the Big Brother House—do you just accept that people are watching but get on with your own thing irrespective?

It’s sometimes a combination of both although I’m very aware of this work as a performance. It’s important to have some interaction while building/constructing against the clock. It’s a welcome break from studio work where your audience can be limited. I started working like this very early on as an art student and always tried to find situations where an audience would be there as you were working whether they liked it or not.

You also work with collage a lot. Does that involve a different part of the brain from your sculptural work, or do you see the different processes as essentially continuous?

Collage and installation are something that have grown together at the same time. There must be something about me and paper but again I can remember making collage from an extremely early age and certainly as an art student. One feeds off the other and a continuous stream of ideas flows out of both without a lot of effort if I’m truthful.

As artists continue to explore the limits of tech in their work, why have some embraced the glitches of the Net Art aesthetic?
Read More

Bored at Home? These Mind-Bending Photos Transform the Everyday

Life-hacks are taken to the extreme by photographer Gab Bois, who makes use of familiar household objects to create uncanny compositions.
Read More 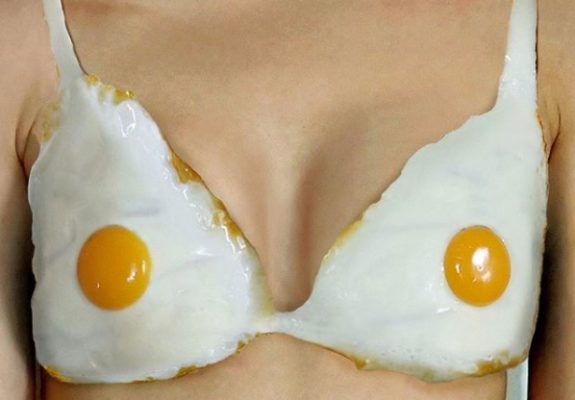 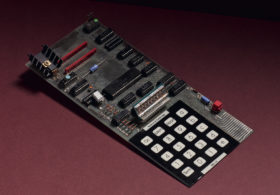