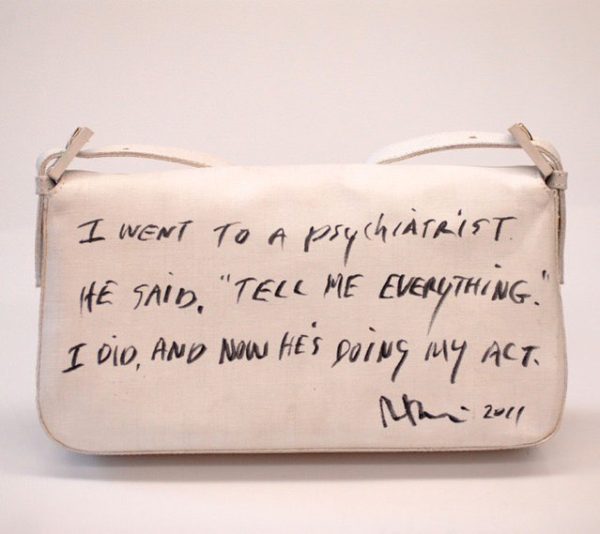 A dose of Wednesday wit from American artist Richard Prince who scrawled this comic two-liner on a Fendi bag for Bid to Save the Earth, a special charity auction hosted by Christie’s in 2011.  Damien Hirst, KAWS, Tom Sachs and other artists similarly took pen to handbag for the environmental fundraising event—but Prince undoubtedly raised the biggest smile. 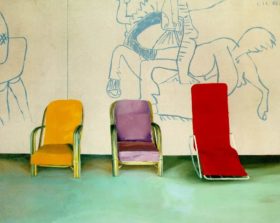 David Hockney, Three Chairs with a Section of a Picasso Mural, 1970 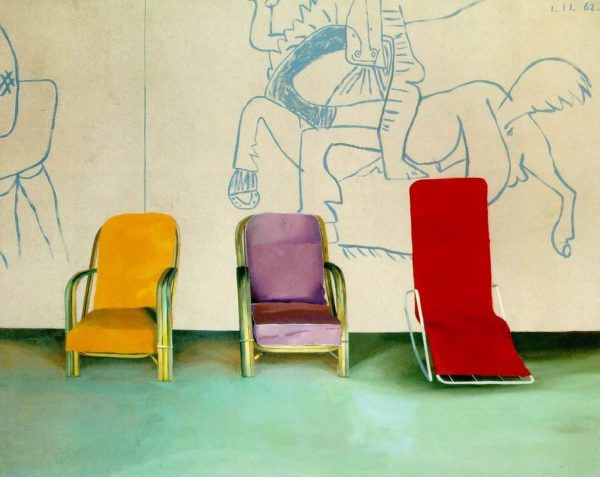 Interiors inspiration courtesy of David Hockney and his 1970 painting of three empty chairs (in captivatingly complementary colours) sitting in front of an equestrian Picasso mural. What we wouldn’t give to while away a day in this setup. 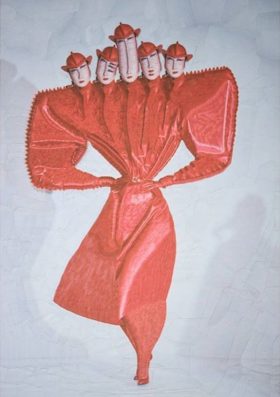 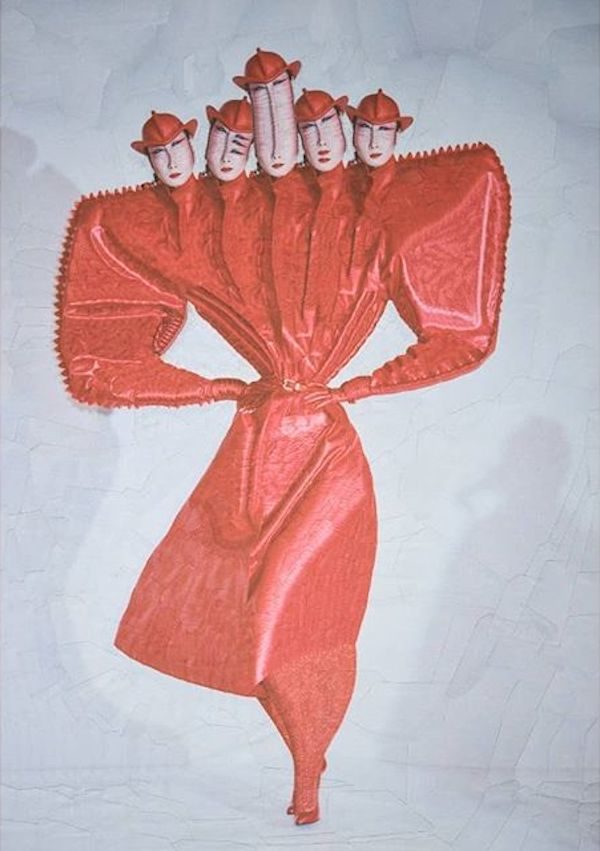 When working from home means being your own team… Kickstarting Monday with a multi-faceted artwork by Lola Dupré. The Scottish collage artist boasts a distinctly Dada aesthetic, imbuing people, animals and architecture alike with extra features and exaggerated proportions to whimsical effect—as per this wonderful reconfiguration of model Sayoko Yamaguchi strutting the runway during Kensai

Taking a hot bath is one of life’s most comforting activities, and if our baths looked like this exquisite, hippo-shaped creation by French sculptor François-Xavier Lalanne, we’d be working from the tub every day. But bath or no bath, pampering is a wonderful way to relax so, if you can, try to take a little 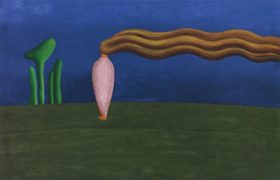 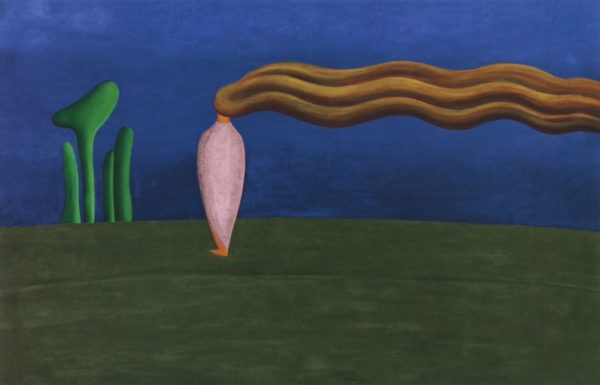 For those with the open space and capacity to do so, taking a socially-distant walk is a great way to feel reinvigorated. This particular lone wanderer is the handiwork of Brazilian modernist painter Tarsila do Amaral, whose sensuous, energetic landscapes and scenes of everyday life convey “a specifically Brazilian culture arising from the symbolic digestion—or 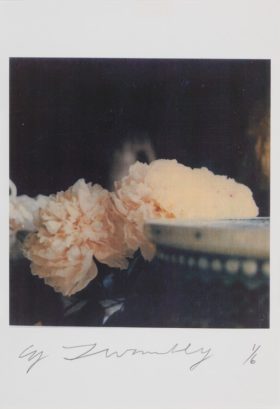 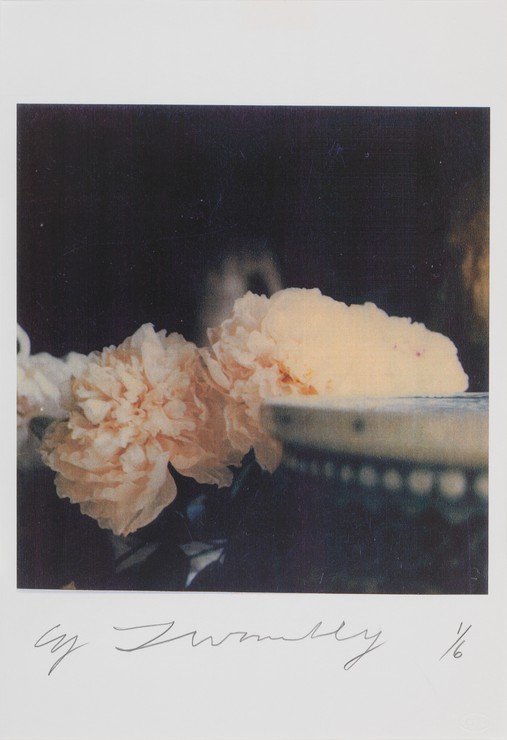 Nature is offering much-needed respite during this difficult time—from the freshly blossoming trees to the new array of seasonal flowers enticed out by the sunshine. If you’re currently unable to spend time outside, looking at floral artworks could be a nice way of lifting your spirits. We suggest perusing Cy Twombly’s many mesmerising flower Polaroids, 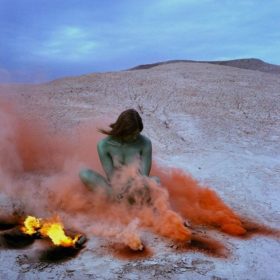 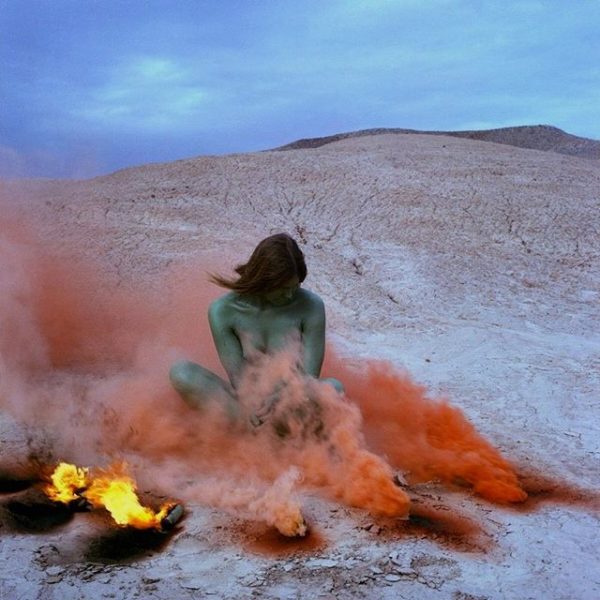 Creativity is both fun and therapeutic, no matter how amateur your skills. So whether it means dusting off your paint set, taking your scissors to that old stack of magazines and making a collage, or picking up an embroidery kit, now might be a good time to tap into your artistic side. For those of 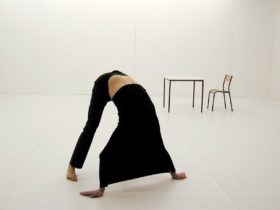 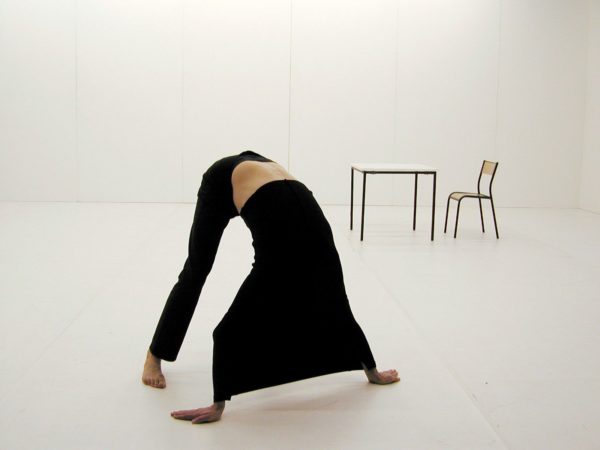 While spending more time than usual indoors, it’s vital to keep active if and when you can. And, for the dance inclined, revisiting the work of your favourite performance artists could be just the inspiration you need. We’re particularly partial to this piece by Xavier Le Roy, which saw the French artist transform himself into 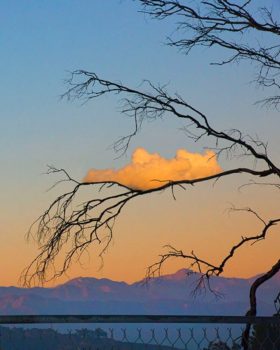 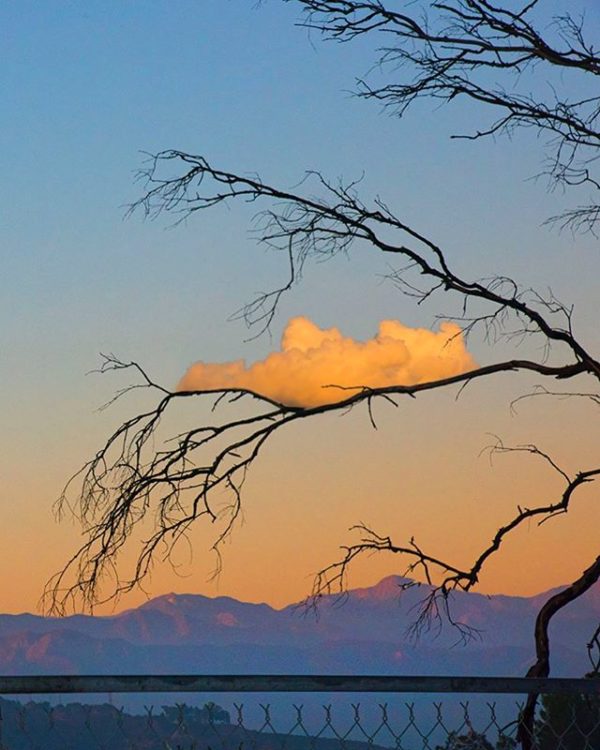 Alongside the daily influx of news and information, it’s important to punctuate your Instagram feed with artworks that promote calmness and reflection. We recommend following New York-based Korean photographer KangHee Kim (aka @tinycactus) who applies her considerable Photoshop skills to creating dreamy scenes that bring together elements from the natural world and city life, and 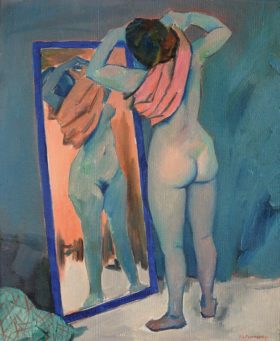 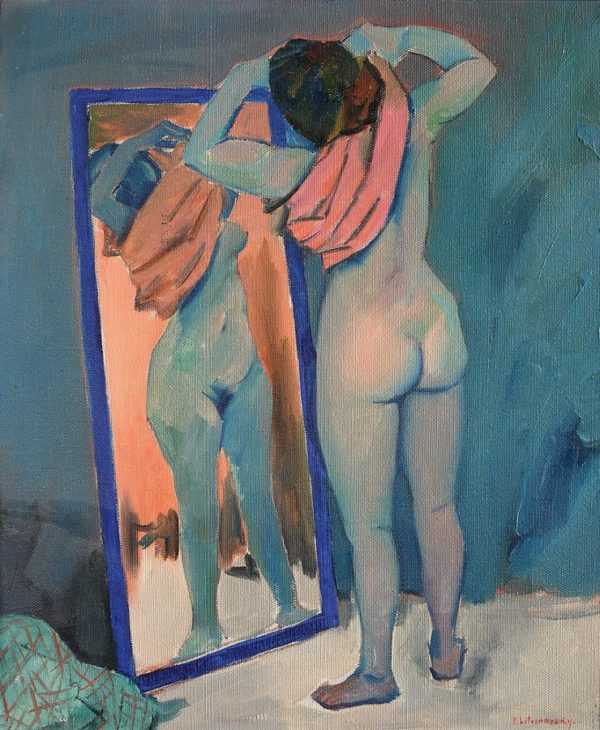 Now more than ever, it’s important for those of us who are able to do so to stay indoors. So this week, we’re sharing ideas (and corresponding artworks) for how to spend your quarantine downtime. First, we suggest rooting through your wardrobe to try out new clothing combinations and rediscover old favourites—illustrated here in a