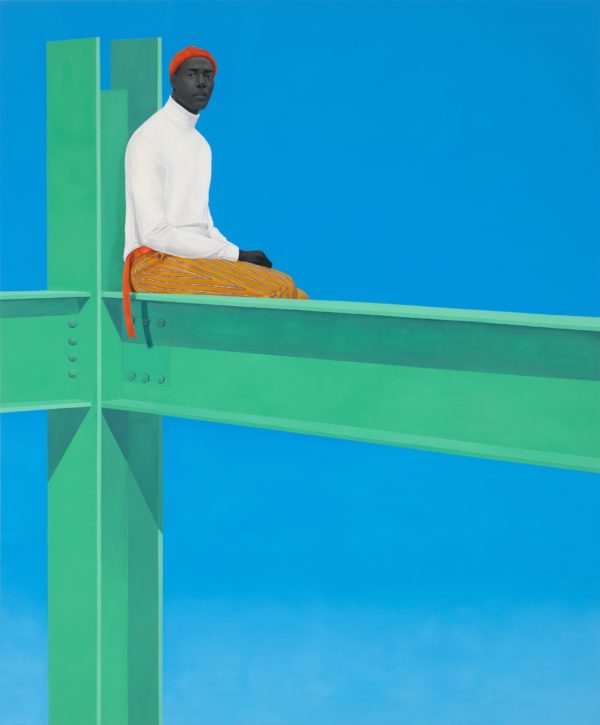 Amy Sherald, If You Surrendered to the Air, You Could Ride It, 2019

Some Sunday meditation à la Amy Sherald. The celebrated American artist—perhaps best known for her striking portrait of Michelle Obama and, more recently, that of Breonna Taylor for Vanity Fair’s September cover—creates distinctly stylised, figurative works that explore “the interiority of Black Americans”. “A Black person on a canvas is automatically read as radical,” she told Smithsonian Magazine. “My figures needed to be pushed into the world in a universal way, where they could become a part of the mainstream art historical narrative.” This work was inspired by photographer Charles C. Ebbets’ famous pictures of nineteenth-century iron workers building New York City’s skyscrapers, and its poetic title is taken from Toni Morrison’s 1977 novel, Song of Solomon.