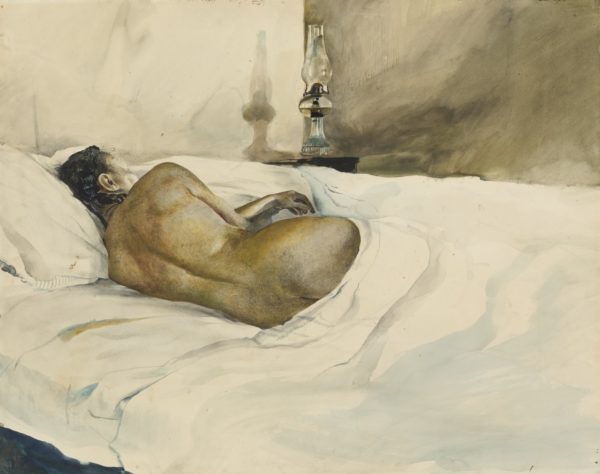 This light-dappled painting by the late American realist Andrew Wyeth is titled Spring Evening, but it feels just as pertinent on a lazy autumn morning. The pared-back scene is typical of Wyeth’s stark, quietly poetic approach, whether turning his brush to landscapes or interior set-ups. He won much acclaim during his lifetime, from being the first visual artist to grace the cover of Time Magazine to the first living, American-born artist to have a solo show at The Met.