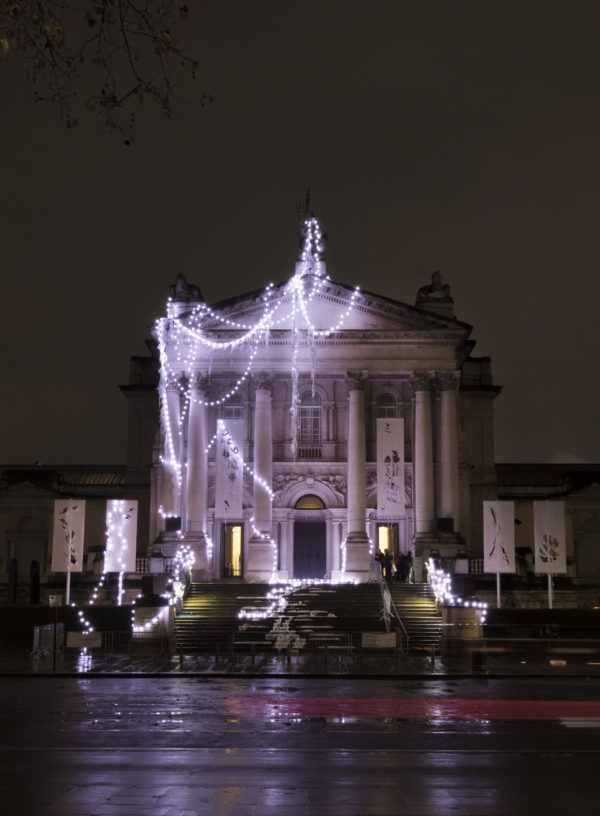 Anne Hardy, The Depth of Darkness, the Return of the Light

Did you know that hippos, jungle cats and mammoths once stalked and stomped the area where Tate Britain now stands? This was one of the amazing discoveries made by artist Anne Hardy while researching for her new commission, The Depth of Darkness, the Return of the Light. Inspired by the rhythms of Earth and the tides of the Thames, Hardy—who is known for her sensual “field-works”—has transformed the iconic Millbank facade of London’s Tate Britain with dripping lights, fluttering banners, a cascade of sculptures and a soundscape comprised of natural and animal sounds. Conceived as a kind of temple and inspired by pagan celebrations (the title of the work takes its name from pagan descriptions of the solstice) the installation appears festive but it also recalls many layers of social, political and ecological tensions and shifts, buried in London’s long history.