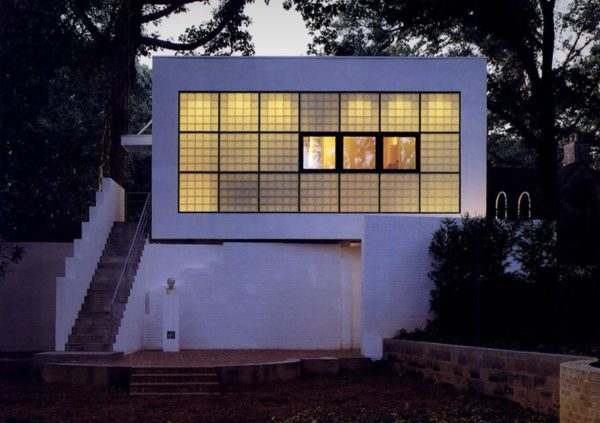 Geometric perfection courtesy of architect Anthony Ames, whose white, angular homes offer “a modern alternative to the prevailing tradition of historicist architecture in Atlanta, Georgia”—according to the High Museum of Art. Describing himself as a Late Modernist, Ames is strongly influenced by the work of Le Corbusier, Giuseppe Terragni and Richard Meier, whose ideas he playfully imitates and reassembles within his own designs. “The form of these houses is never novel in the sense they claim to be pure invention,” he has said. “It is not novelty that interests me, but rather the piece thievery and the trail of evidence that it leaves behind.”