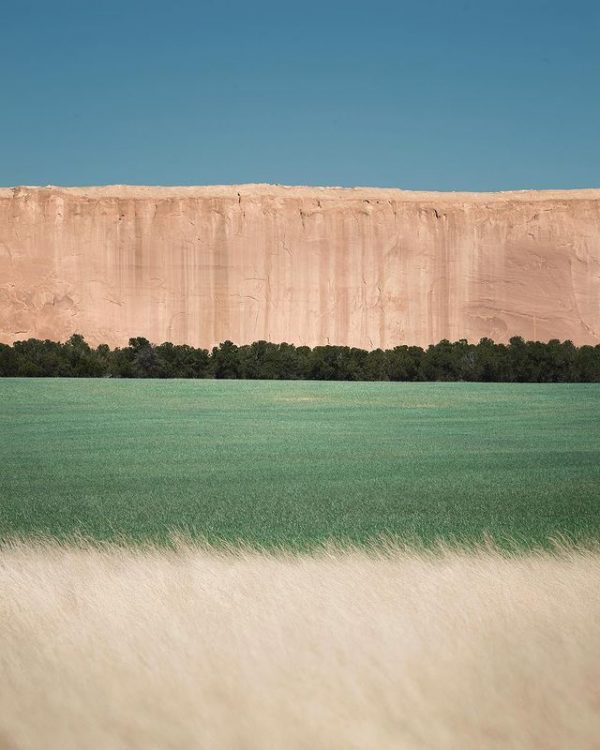 A serene scene to ease the Thursday blues. This particularly pleasing confluence of natural lines was captured by American photographer, Benjamin Everett, a former landscape painter whose image-making approach has proven equally picturesque, both visually and conceptually. This can be detected in the caption he posted alongside this picture on Instagram, which describes the work as “playing in the colour fields of probability”.