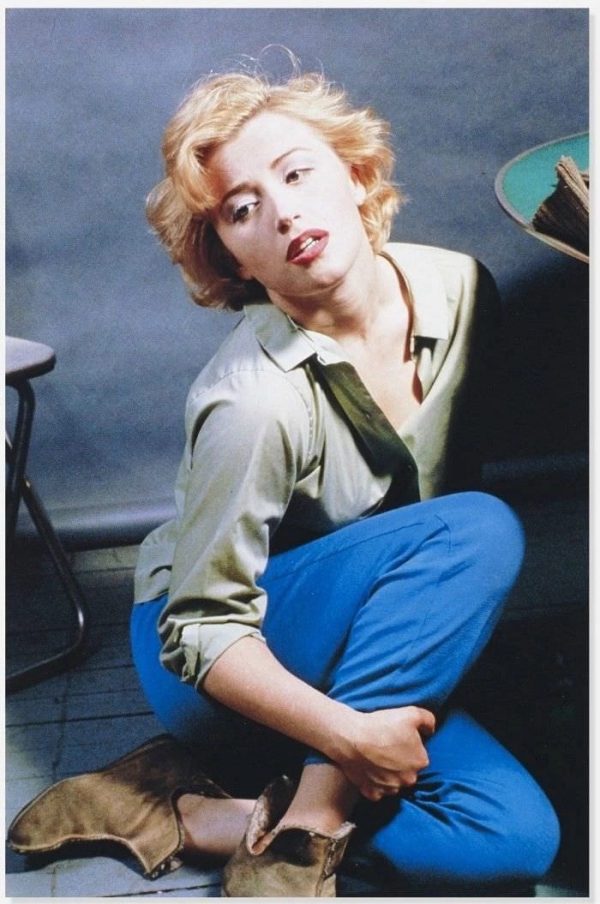 Happy birthday to the shape-shifting Cindy Sherman, who has probed “the construction of contemporary identity and the nature of representation” for more than 40 years, in the words of MoMA. Here she is in 1981, in the guise of the inimitable Hollywood icon Marilyn Monroe. Rather than recreate a specific image of Monroe, Sherman instead imagines her own scenario, expertly channeling the actress through hair, make-up, pose and expression, and donning casual day wear, rather than the figure-fitting dresses that Monroe was so often captured in. It is a strangely poignant, psychologically charged work that forms part of a series exploring celebrity.