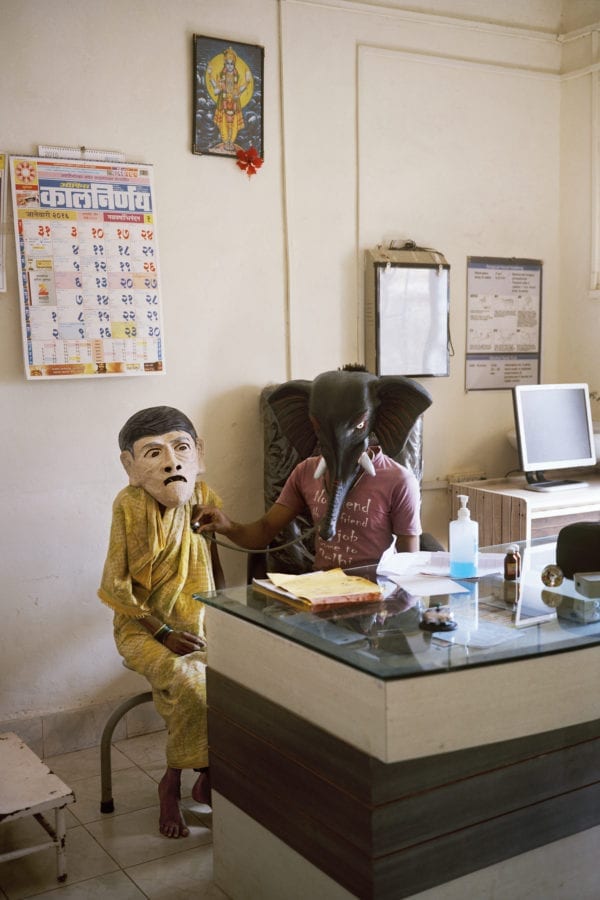 Gauri Gill, Untitled (10) from the series Acts of Appearance, 2015–Ongoing

Delhi-based Gauri Gill presents her ongoing series, Acts of Appearance, at the Chennai Photo Biennale, (India’s largest photo festival, running until March 24). The project began with a Adivasi community of paper mache artists from the Kokna tribe—one of the poorest areas in Maharashtra. Gill first encountered the paper mache masks during Holi, which lead her to research deeper—discovering the ritual traditions of the Bahora processions, held annually in Adivasi villages. For several nights, the entire village takes part in reenacting a mythological tale, wearing elaborate masks to represent gods, demons and ancestral figures. Gill’s work on the Adivasi took her to the Dharma Kadu brothers, sons of the most renowned mask craftsman in the region. She commissioned them to create a new collection of masks, with more contemporary representations, based on rasas (emotions), shared experiences, local characters and animals.