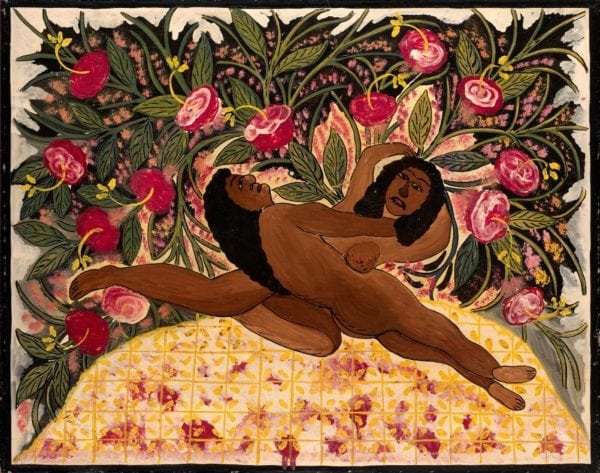 © Hector Hyppolite, courtesy Gallery of Everything

As the Second World War came to an end, French surrealist Andre Breton arrived in Prince-au-Port, Haiti, to give a series of lectures on surrealism and Haiti, invited by his friend who was the French cultural attaché. It didn’t go down well with the locals. But while Breton was in town, he encountered the work of Hector Hyppolite, a shoemaker and Vodou priest who had recently turned his hand to painting. Hyppolite’s work had a profound influence on Breton when he returned to France. Though he then became famous in his own right in Europe, Hyppolite did not live to see his success abroad, suffering a fatal heart attack in 1947. The artist is currently showing in Art + Revolution in Haiti at The Gallery of Everything in London.