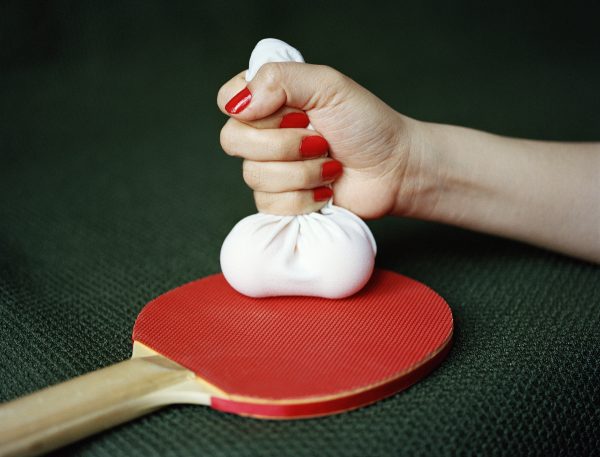 Ping pong provocation à la Pixy Liao. The Chinese, New York-based artist is best known for her ongoing portraiture project Experimental Relationship, featuring herself and her partner Moro. In the photographs, Moro usually assumes a submissive role, while Liao portrays herself in a deliberately dominant light. “Moro made me realise that heterosexual relationships do not need to be standardised,” the artist has said of this deliberate challenge to convention. “[My aim is] to break the inherent relationship model and reach a new equilibrium.” This work, which features in a new show of Liao’s work at Fotografiska, New York, does not include Moro, but its message is no less palpable.