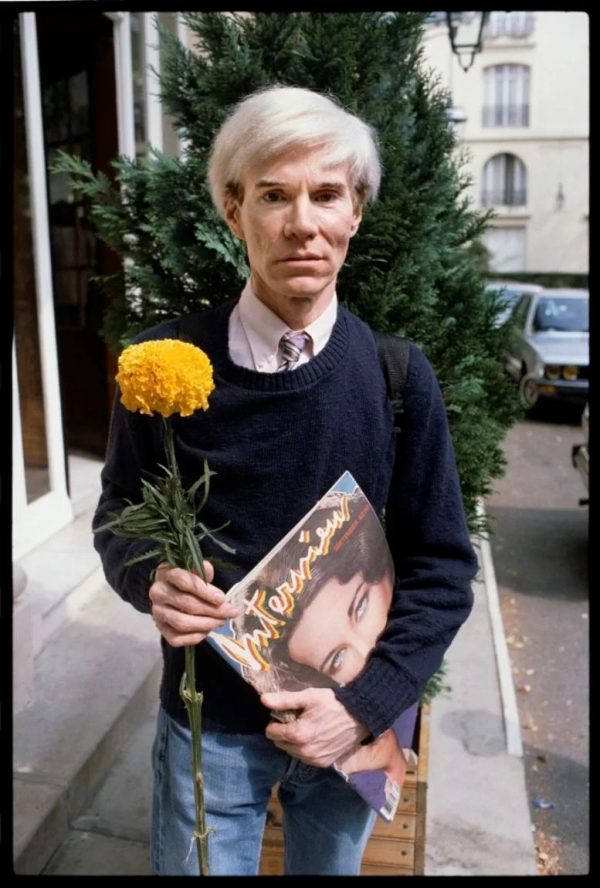 Remembering Andy Warhol, the reigning prince of pop art, on what would have been his 94th birthday. Here he is in an excellent snap by British photographer Steve Wood, who spent an entire afternoon taking remarkably candid pictures of the superstar artist at the Hotel Royal Barriere in Deauville, France in 1981. Wood tucked his Warhol portraits away for many years, only stumbling on them again decades later, in 2013, leading to a hit show of the works at New York’s 345meatpacking that same year, titled Lost Then Found.