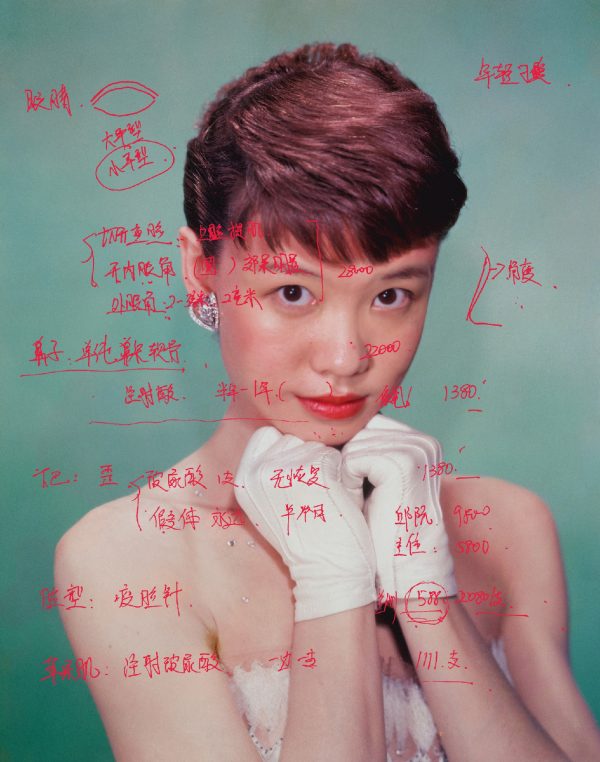 Portrait of Belgian-born American actress Audrey Hepburn (1929 – 1993) as she wears a strapless gown and holds white kid-gloved hands up to her chin, early 1950s. (Photo by Hulton Archive/Getty Images)

Yufan Lu has “turned her lens on everything from the economic crisis in former industrial areas of China to the prevalence of cosmetic surgery in the country”, writes Louise Benson in an interview with the Chinese photographer for Elephant. Her series Make Me Beautiful focuses on the latter, exploring the invasive extremes many go to to conform to societal beauty standards. Lu visited various clinics for the purpose, asking consultants to draw up a surgery plan that would “make her beautiful”. In this powerful image, which sees the artist adopt the pose and styling of Audrey Hepburn, you can see the troubling number of “improvements” one such practitioner has suggested. Read the interview and discover more about Lu’s practice here.