The Old Master’s unexpected resurrection took place in the French town of Amboise, where he was last seen in 1519. Rumours of his return to Earth began circulating in the early evening after a man bearing a strong resemblance to a well-known statue image of Mr da Vinci refused to pay his bill at a downtown pizzeria. “I’m owed millions for my masterpieces!” he was heard shouting at the restaurateur. “Why should I pay you 10 euros for one of your margheritas? Did you invent the original? Why should I pay you for one of your crummy rip-offs?”

A crowd quickly gathered to pepper the all-round genius with questions such as “Is there an afterlife?” and “Why is the Mona Lisa smiling like that? Is it because you were pulling a funny face at her as you did her portrait?”

Failing to respond to these enquiries, Mr da Vinci nonetheless made a statement to journalists about his miraculous reappearance as he was led away by police. Looking undernourished but surprisingly sprightly after spending so many centuries buried under the ground, the creative colossus explained that he had originally planned to regenerate in 2019, when the world would be commemorating the 500th anniversary of his death. “That would have been my ideal,” he sighed. “To just turn up out of the blue at a party thrown in my honour and join in with the fun.” But, he recounted, he had begun to grow impatient after seeing reports in the New York Times of the sale of his Salvator Mundi painting last year for a sum in excess of $400 million. “In my lifetime I never made anything like that amount for my work,” Mr da Vinci grumbled. “It didn’t seem fair that people were getting so rich on the fruits of my labours. Where’s my share?”

What finally appears to have caused him to take the plunge back into life was reading a tweet by Elon Musk addressed to the daughter of potter Tom Edwards, whose Farting Unicorn mug design Mr Musk is alleged to have used for his Tesla business without permission or compensation. “He can sue for money if he wants, but that’s kinda lame. If anything, this attention increased his mug sales,” tweeted Mr Musk.

“Now I’ve always been a big fan of Elon’s. He’s a Renaissance Man very much in my mould,” a visibly moved Mr da Vinci explained. “His thinking is centuries ahead of the pack. I dreamt up the helicopter, he’s been working on the electric car and colonizing Mars. But fair’s fair: from what I’ve seen in the Guardian and other reputable sources this other fella came up with the Farting Unicorn idea, and you have to respect copyright and intellectual property.”

Elaborating on the case, Mr da Vinci said he felt sorry for Mr Edwards, but took the opportunity to point out that the wrongs done to him in this regard were far greater. “My originals have been sold for hundreds of millions and I don’t even get the money from the reproductions on mugs, not to mention all the postcards and T-shirts. It’s a disgrace!”

Strictly speaking, as long as he remained dead, no money was due to Mr da Vinci for any of the secondary works derived from his output. But now that he’s alive again, his works are back in copyright and as we went to press lawyers were speculating that the artist was owed billions in back payments and royalties.

But in any case earning a crust shouldn’t be a challenge for Mr da Vinci now that he’s among the living again. Entertainment giants Disney and Netflix are already said to be locked in a bidding war for his services, and Mr da Vinci may also be in the frame to replace Joachim Löw as manager of Germany after the national team’s disappointing performance in the World Cup. “The Germans lacked creativity and invention,” noted one commentator. “And that’s something Leonardo’s got in buckets. He’s a shoo-in for the job.”

*For the record, a Tom Edwards Farting Unicorn mug is $28; the net worth of Elon Musk is an estimated $20.8 billion. 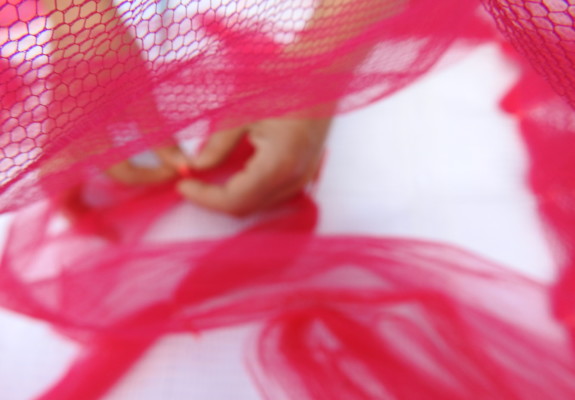 The iconic poster presents institutional critique in its rawest and most audacious form. For Elise Bell, it revealed the previously seductive art world as something much more sinister.
Read More 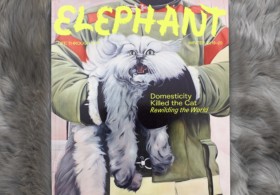