I’m perched at an upright barrel in La Ardosa, a late nineteenth-century bodega in Madrid’s Malasaña neighbourhood, and the waitress has just brought me a plate of what is in large part undercooked egg. Hungry? You should be. What I’m biting into, a seemingly straightforward mix of eggs, potatoes and onions, is La Ardosa’s most famous dish—and one of the richest emblems of Spanish culinary culture.

Although it is often called a Spanish omelette, this French word falls short of conveying what the Tortilla de Patatas really means in Spain. Call it what you will, no dish better symbolises the Spanish day-to-day: whether served as a wedge chomped with a mid-morning coffee, or in square pieces skewered on cocktail sticks to nibble with a cold beer, the tortilla is Spain’s ultimate snack.

A new project by photographer Joseph Fox and graphic designer Lizzie Frost, a Madrid-based British duo, casts fresh eyes over this timeless classic in order to understand its local context. “We were new here and were outsiders, so we wanted to connect with Madrid somehow,” says Fox. “Spain has such a strong food culture, so it was one of the ways of connecting.”

“Served as a wedge chomped with a mid-morning coffee, or in square pieces skewered on cocktail sticks, the tortilla is Spain’s ultimate snack”

In an attempt to capture the essence of this unassuming but fundamental dish, they headed to their local bar. “Understanding somewhere’s food is a way to understand the culture,” says Frost. “When people eat, what they eat—you really see it all in a Spanish bar.” Now a photo book and an exhibition displayed at Le Mur gallery, Gracias Por Su Visita showcases the duo’s journey across 59 Madrid bars in homage to this bedrock of Spanish cuisine.

Slicing up potatoes and onions, submerging them to stew in simmering oil, folding them into beaten egg batter—this is a ritual that many Spaniards have witnessed since childhood. “It’s such an elemental dish,” says Fox. “People just know how to make it, they’re brought up making it.”

Ask a Spaniard for their recipe and it will probably sound similar to those of others—but debate is fierce in Spain around how it should be executed. So much can determine the recipe’s success, from the freshness of the produce to the cooking time, not to mention the dexterity of the hand that flips the tortilla to cook it on both sides. What’s certain is that no two tortillas are ever the same—and the jury’s out on the perfect preparation method.

So ubiquitous is this eggy treat that it is found everywhere from school lunch boxes to Michelin-starred restaurants. Tortilla-making competitions are standard fare in Spanish towns. Endless varieties have developed over the years: you’ll find tortillas seasoned with fine herbs, infused with truffle or stuffed with meats, cheeses and vegetables.

Fox and Frost’s project is an homage not only to the dish but to the establishments that serve it as staple. Look beyond the plate to notice decorative touches that make each of the settings unique: the tablecloths, the chairs, the walls, the curtains. “These bars are little microcosms of the city,” says Fox. “They’re really intergenerational as well: a lot of young people go but you also have the old guys watching the bullfight.”

More than anything, these bars are community spaces, much like old pubs in England. While Madrid’s dining scene overflows with modern dining houses crafted by flashy interior designers, Fox and Frost wanted to capture the older, humbler eating spots. “We didn’t want to go for the ones that had deliberately tried to modernise their aesthetic to something that felt more international,” says Frost.

Through one simple dish, the photographs examine the distribution of urban life in Madrid. They present a cross-section of Spanish society, from the modest neighbourhood hangouts of Getafe and Vallecas to the tourist traps of the city centre. Nonetheless, there is a feeling of anonymity in the works: the framings are nearly identical; the tortillas are plated in a similar cut; and the bars themselves are not identified.

“The photos present a cross-section of Spanish society, from the modest neighbourhood hangouts to the tourist traps of the city centre“

“We didn’t want to signpost too much,” explains Frost, “it wasn’t meant to be a guide.” Instead, the uniformity of the images reflects the dish’s power to tie a range of disparate establishments, identities and ideologies together.

The tortilla has a similarly unifying effect on Spain as a whole: it is one of the few dishes consumed as a ‘local’ delicacy across the country, whose numerous regions otherwise drastically vary in their gastronomy. From the damp, Celtic mountains of Asturias to the fiery, flamenco-dancing coast of Cádiz, tortilla brings Spaniards together in a way paella and gazpacho fail to, earning its sanctified status as the nation’s star dish. 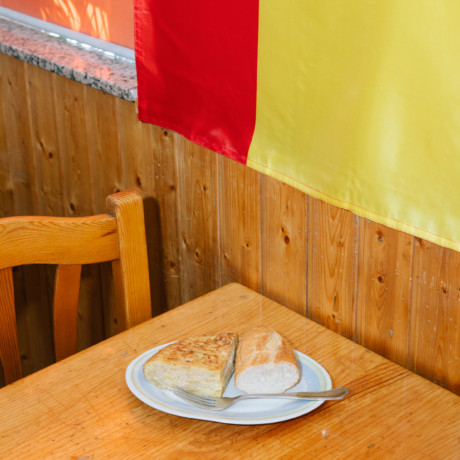 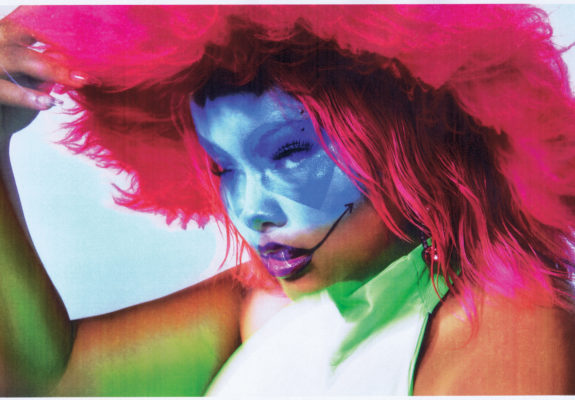 As London rapper Shygirl announces herself to the world with ALIAS, Ravi Ghosh explores the role that character creation plays in an ever-changing cultural landscape.
Read More 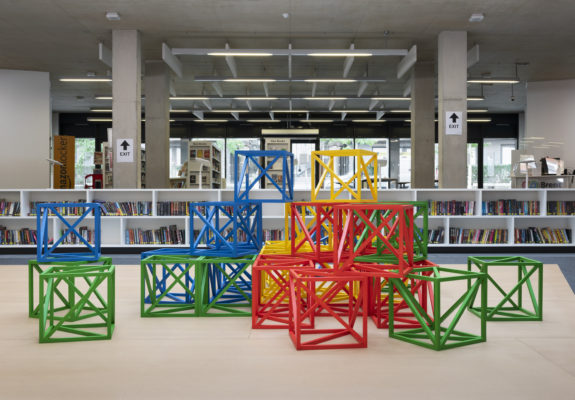 The local library has been reimagined as an exhibition space for contemporary art as part of Brent Biennial in Northwest London, but can these venues still serve their community?
Read More 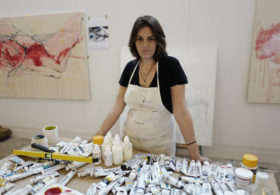 Ecovisions: The Artists Surrendering to Nature as a Tool for Survival 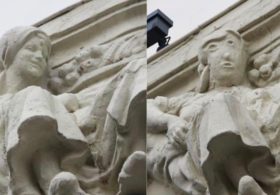 Why Are Botched Art Restorations So Captivating? 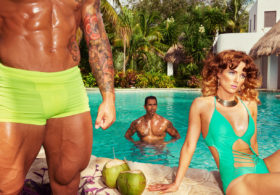 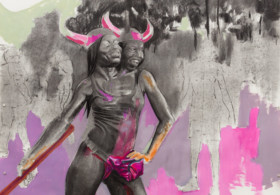 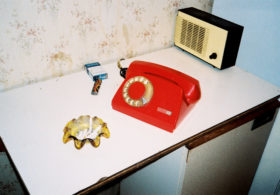 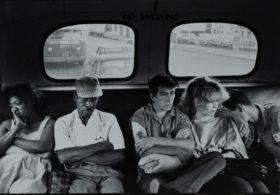 Four Decades of New York City Through a Single Lens