Sometimes opening with a pre-emptive strike is your safest option. The freebie tote bags issued by Oslo’s festival of sound, Only Connect, were emblazoned with the phrase ‘spoiler alert’, a nudge-nudge-wink-wink promise that these few days would reveal all about the future of avant-garde noise. But in a canny bit of hedge betting, the festival’s first full day actually opened with a pretty comprehensive act of retrospection: a talk by Tim Rutherford-Johnson, who introduced his new book chronicling art music post-1989, Music After the Fall.

“As any loon knows, we can only look into the immediate future with some degree of nous once we’ve mastered a basic understanding of the immediate past.”

As any loon knows, we can only look into the immediate future with some degree of nous once we’ve mastered a basic understanding of the immediate past. I haven’t read Rutherford-Johnson’s book but his 40-minute spoken preface served as a lucid reminder of how much the internet, capitalism, social liberalism and awareness of environmental issues have changed the way humans create, experience and cross-fertilize sound and music.

Helpfully, Rutherford-Johnson went large on Only Connect’s main attraction: composer-performer-artist Jennifer Walshe.He cited her landmark piece This Is Why People O.D. On Pills, pulling-up a slide of the graphic score which instructs musicians to learn to skateboard (or die trying) before so much as tuning up their instruments at the first rehearsal. Rutherford-Johnson wasn’t making a point about the ‘rules’ having changed so much as underlining the fact that empathy, in our splintered, silo-driven world, is still the basis of most worthwhile creative activities. At least, that’s what I think he was saying.

Speaking on the same stage the following day, Walshe described her work in general as “me slapping myself on the side of the head, trying to be present“. That seems as good a description as any of her piece Everything Is Important, which she performed in Oslo with the Arditti String Quartet, who commissioned it.

EIT has been doing the festival rounds recently but is apparently becoming stronger with each performance. It is a deranged and brilliant gesamtkunstwerk: a spluttering, ranting, psychotic string of verbal vernaculars spat out by Walshe herself (amid all manner of other manic oral noises) while the Arditti String Quartet scrapes complicit underneath and her own scored-in film material spools up above.

As always, Walshe rams the banal up against the profound, the real against the fake, the old against the new. One minute her veiled vocal is drifting in and out of counterpoint with the Arditti Quartet’s pastiche of an Elizabethan viol consort; the next she is dancing to nineties pop in the corner, utterly self-absorbed. Every time she poses a big question, she spikes it with some clanging millennial banality (“the problem of existence…LOL”). There is extraordinary, thrilling virtuosity in her pinpoint performance and depth in the complex layering of contradictory ideas and in the overall form.

“What if somebody else wanted to perform a piece like Eveyrthing is Important?” I asked Walshe. “They’d have to see into my brain and upload it,” she responded. Sounds about right. It’s rather easier, if still tremendously difficult, to imagine a secondary performer attempting to take on Walshe’s An Gélacht–a film with live vocals, electronics and microtonal tuba (yup). We still hear Walshe deploying those pinpoint and uncanny noises from the lips, the mouth and the throat (she does a mean fake vomit) but here she sings fulsomely and plays the melodica too.

The whole work is founded on fakery, a small plug in the huge gap left by what Walshe describes as the lack of an Irish avant-garde. Most of her hallmarks are present and the piece is typically taut and focused. The sounds of a pastoral southern Irish voice from a 1990s meditation tape droning over Technicolor marketing imagery from the same decade are as near as we get to rampant comment. Instead, the carefully paced footage of occult ritual (its roots in a genuine fake news story from the 1980s in which the British army falsely linked terrorism to Satanism) winds slowly up, conspiring with the screeching electronics and huffing tuba to create a piece that, perhaps unusually for Walshe, doesn’t so much deliver a punch as leave a residue.

The Scandinavians have always known a good thing when they see (or hear) one, and appear to be cleaving to Walshe right now. But Only Connect is chiefly a barometer of Norwegian art and it was fascinating to hear how Rolf Wallin’s theatre-song …though what made it has gone, written way back in 1987, explores some ideas taken forward by Walshe but in a pre-internet (and pre- all sorts of other things) vein.

“It is a deranged and brilliant gesamtkunstwerk: a spluttering, ranting, psychotic string of verbal vernaculars spat out by Walshe herself”

Just after Walshe’s images of the occult, we heard New Rituals, a collaboration between Nakama and the Rinzai Zen centre in Oslo in which the rigid chanting of the Rinzai Buddhists was teased by the rhythmic and timbral games of the band. Syncopation probably hasn’t sounded so devilish since the nineteenth century. Sleeping Through from Tim Etchells and Aisha Orazbayeva, like Walshe’s work, is kicked into action by the sudden thought, however banal or resonant. Etchells looped his spoken words around Orazbayeva’s similarly spooling violin, using the repetition to drill deep into phrases such as “I am in bed with intermittent access to email” and “Karl Marx called / Did he leave a message? / No.” It took some time to settle, but when the two found their way into their own performance and Etchells’s phrases became more emotively charged, the piece was born.

There is always old new music to be heard, and it was sobering to experience Julius Eastman’smonolith Evil Nigger in its Norwegian premiere, a cascading three-grand-piano descent that mirrors the unravelling of the composer’s own life. One of the three huge Steinways remained in place in the marble hall of Sentralen, a former bank in downtown Oslo, for Only Connect’s grand finale More Fun Please–a sonorous improvisation for a huge crew of instrumentalists under the guidance of drummer Paal Nilssen-Love. It veered joyously in and out of control–though always maintaining focus–before eventually alighting on the sound of Norway’s national folk instrument, a Hardanger fiddle, oscillating back and forth on two notes like the swinging of a rusty gate. In Norway, even a hard-edged sound art festival can take a little nationalistic nostalgia.

So did Only Connect 2017 need its spoiler alert? Yes and no. Walshe’s work has the extraordinary abilityto consign almost every comparable effort to a past age, which is a scarily futuristic concept in itself. Beyond that, 2017’s festival gave us contrasting snapshots where 2016’s had suggested a more general move in the direction of a specific aesthetic. Ultimately, the former is probably less misleading.

As it is, the most weighty spoiler alert came from Rutherford-Johnson’s opening talk and lookeda little further ahead. Just as he watched the Berlin Wall fall on television as a child in 1989, he proposed, there will be “a twelve-year-old somewhere, who will soon turn around and say ‘hang on, 2016 was quite a year’ and there, hopefully, will be the sequel to my book.” We won’t know much of value about the future until somebody has written it down. 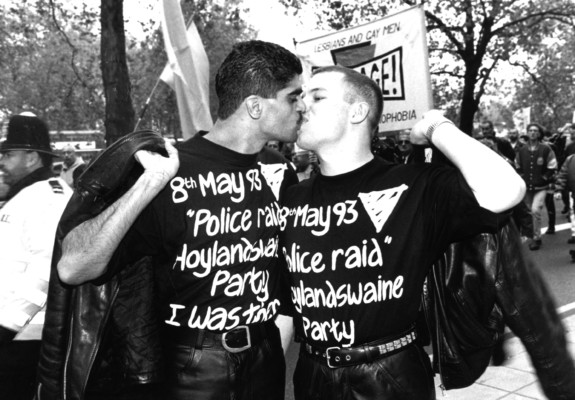 Gay Bar vs Art Gallery: Should Queer Exhibitions Be Reclaimed by LGBT+ Venues?

Queer cultural output has officially made its entrance into mainstream institutions in recent years, but it’s hard to ignore the power dynamics at play.
Read More

In today’s competitive culture, is it possible to have the “right” number of children, and what happens when we exceed the social limits on fertility?
Read More 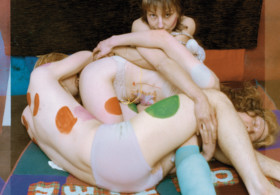 What Happens to Counter-Culture When Everything Is Swallowed Up By #Content? 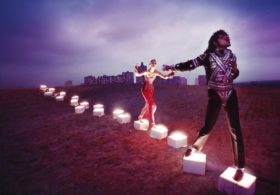 Should We Stop Celebrating Artists Who Were Sexual Abusers?

Adrian Piper’s Catalysis Taught Me How To Resist Everyday Racism