You wouldn’t think it, what with the 95 million images currently uploaded to Instagram each day, but photography has only been around for just over a century. Much has changed over the years. The early days of photography, at the turn of the twentieth century, saw a privileged few experiment with the emerging medium. The limited technology required well-lit. easily controlled surroundings, making the photographic studio the location of choice; street photography emerged only decades later, when cameras compact enough to be portable began to emerge.

The studio offered an environment where the specialized nature of photography could thrive, and took on a look all of its own. Everything from advertising to product photography to family portraits were shot here, often against a plain background—with the occasional added prop. Photographers such as Eadward Muybridge explored the documentation of their varied subjects in the late 1800s (in Muybridge’s case, this was famously the movement of animals through stop-motion techniques), and the studio photograph is a format most often associated with this period.

Studio Photography: 1887-2019 at Simon Lee set the record straight, revealing the breadth of photographic work produced in the studio by contemporary practitioners working today. It is a cross-generational survey that captures the evolution of photography from an intensive, specialized art form to an inescapable aspect of everyday life. Torbjørn Rødland, the Norwegian photographer-provocateur based in LA, draws on the slick look of advertising aesthetics to address a wide range of emotions; there is an unsettling quality to his work, in which the formal aspects of photography are frequently highlighted.

Josephine Pryde’s photographs of guinea pigs reference “cute pet photography”; shot in a studio and brightly illuminated, there is a strange, almost clinical quality to them that is suggestive of laboratory research or animal testing. For Paul Mpagi Sepuya, meanwhile, the intimacy of studio photography is emphasized in his photographs of male subjects, where the relationship between the photographer and the sitter is brought into sharp focus. Young New York-based artist John Edmonds also interrogates this relationship; in Face As Mask II (2018), the artificial nature of the photograph is addressed. The question of truth and fiction if never far out of sight throughout the exhibition, where the studio becomes a framework for fantasy; after all, no matter how intimate the portrait, it’s always a pose. 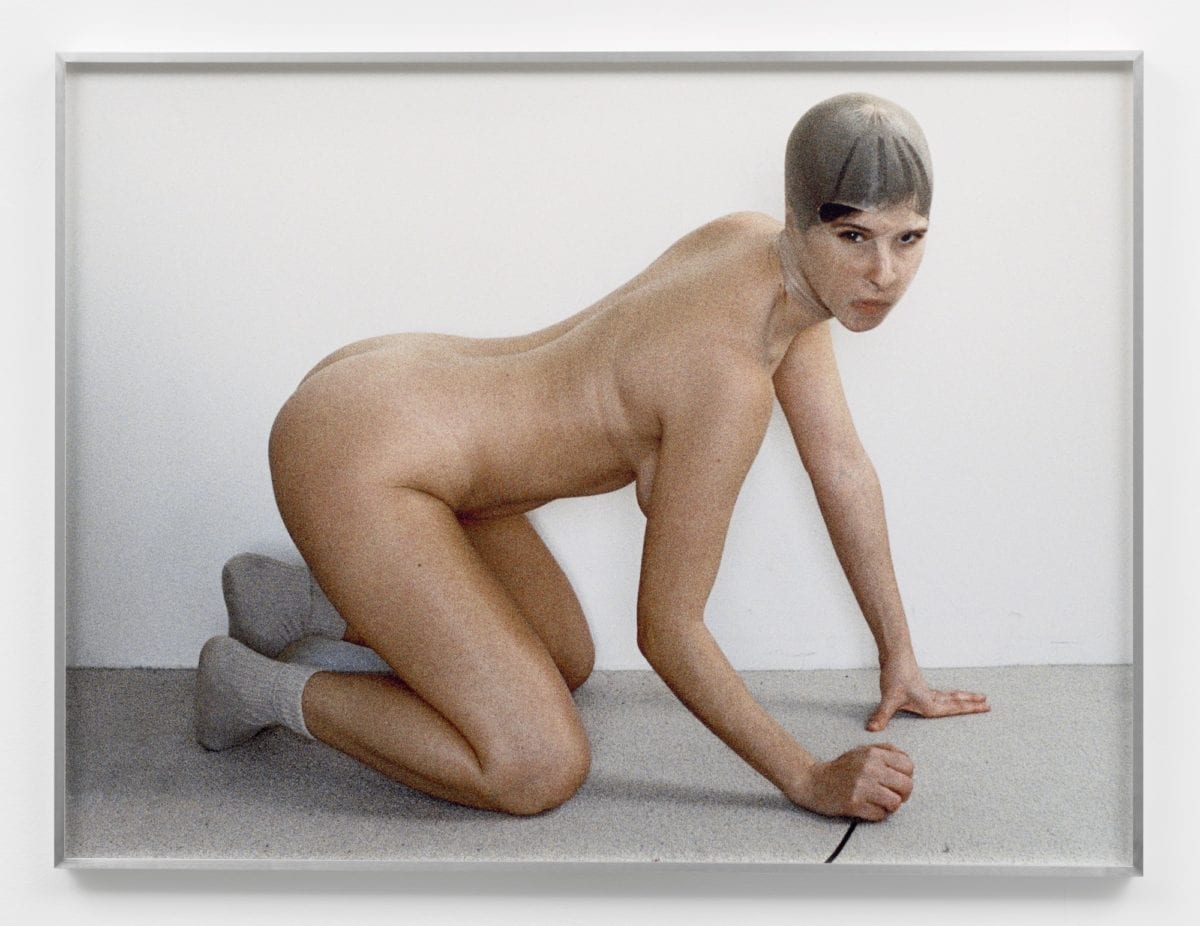 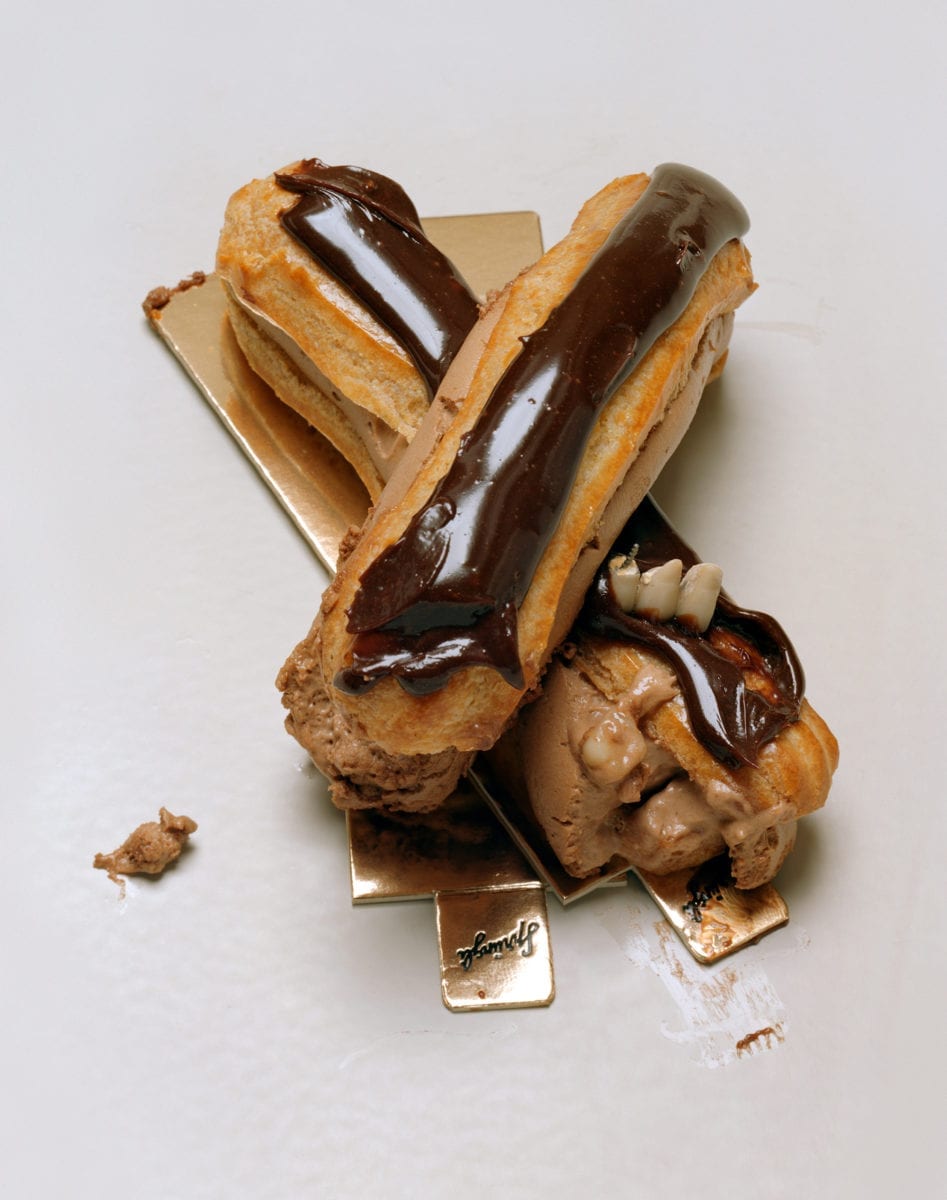 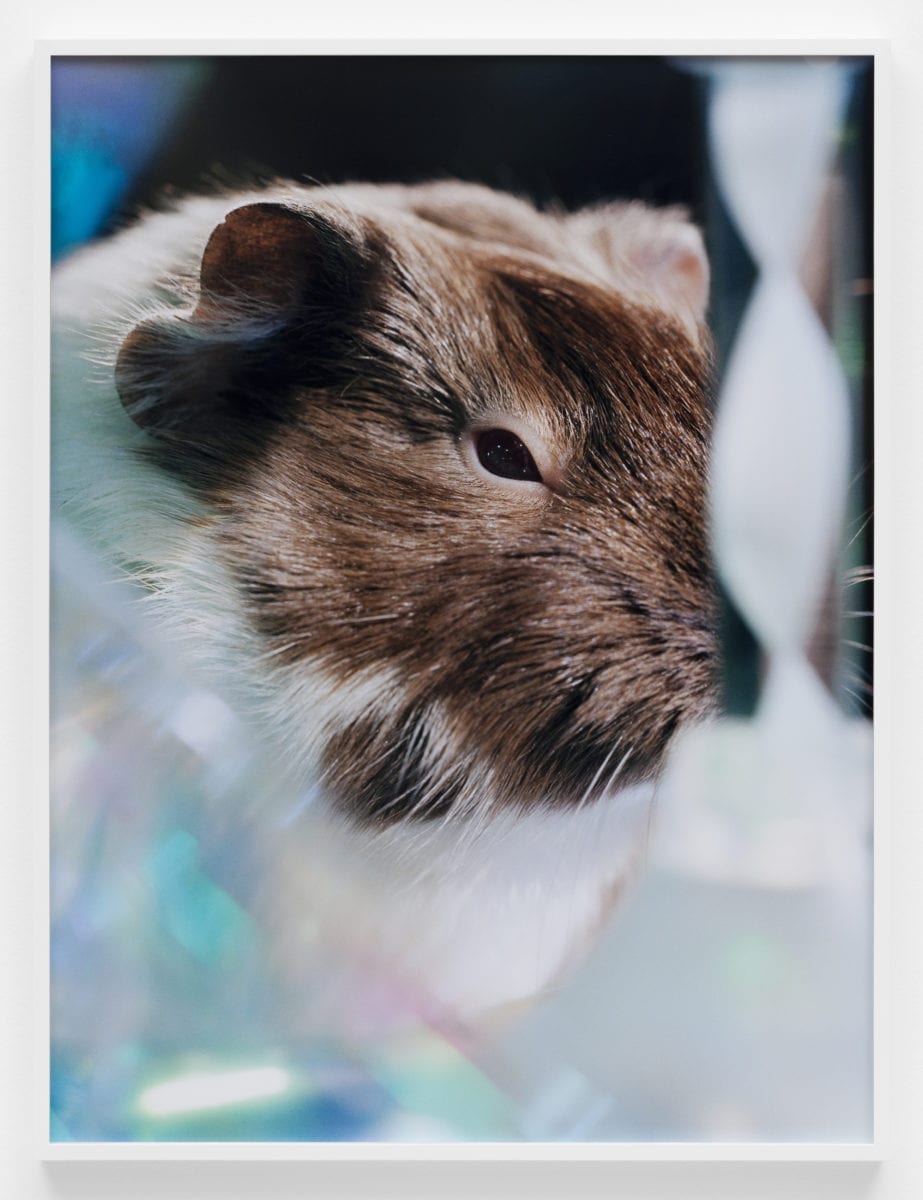 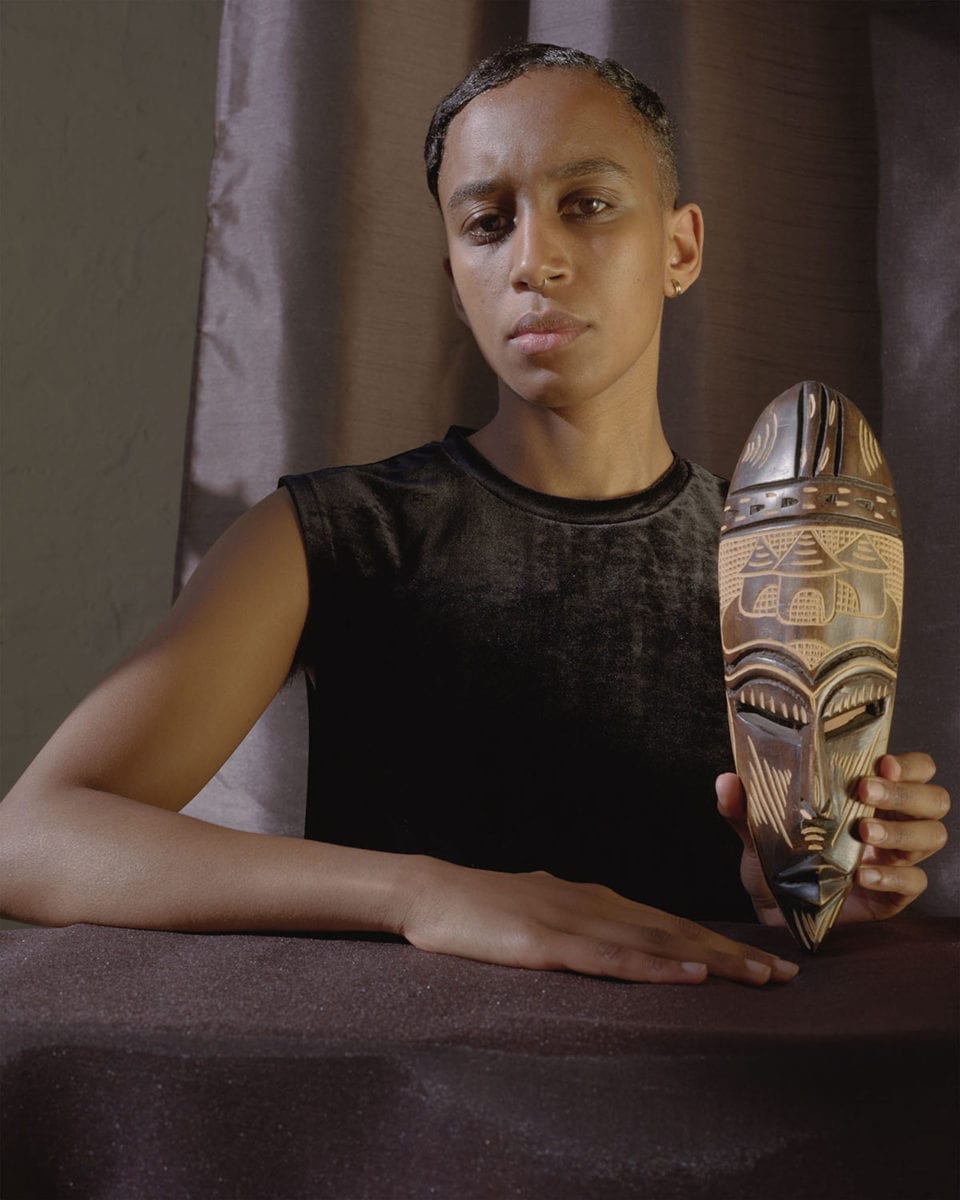 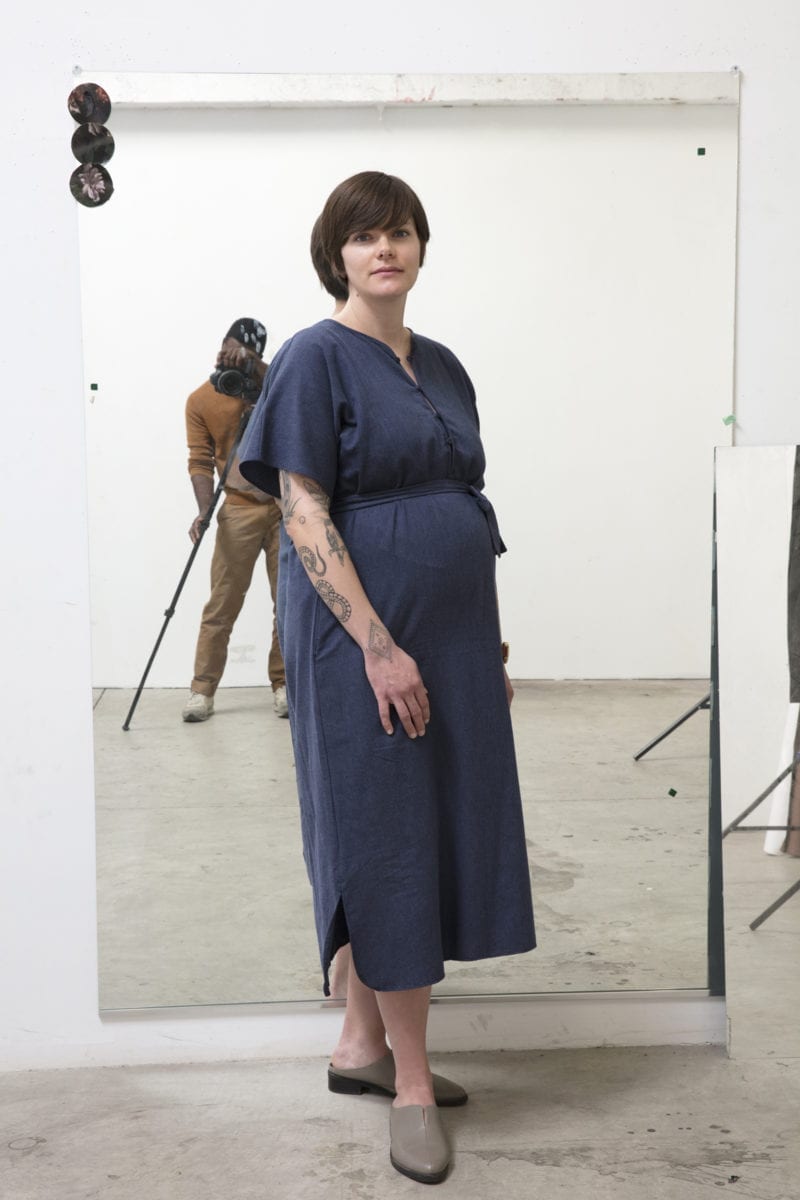 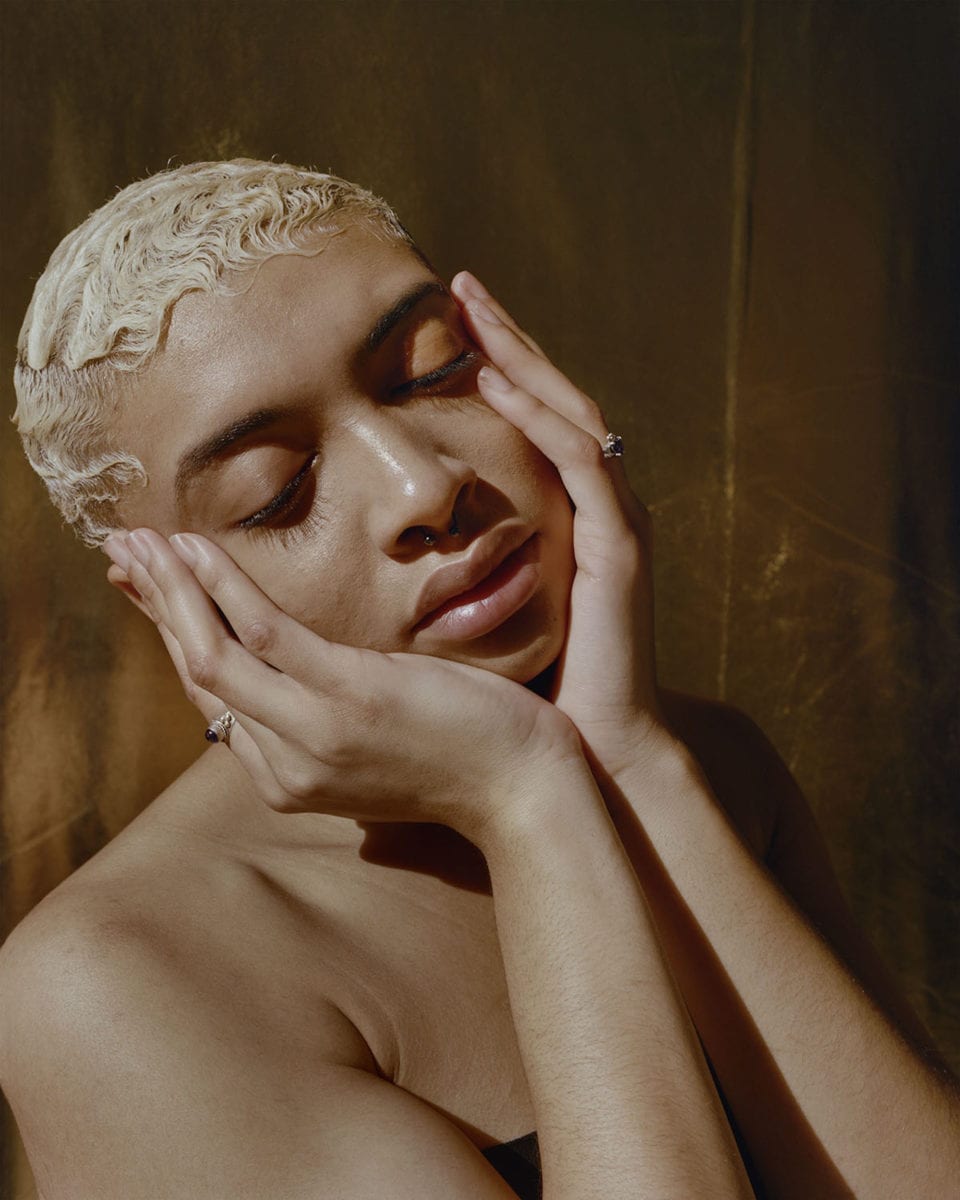 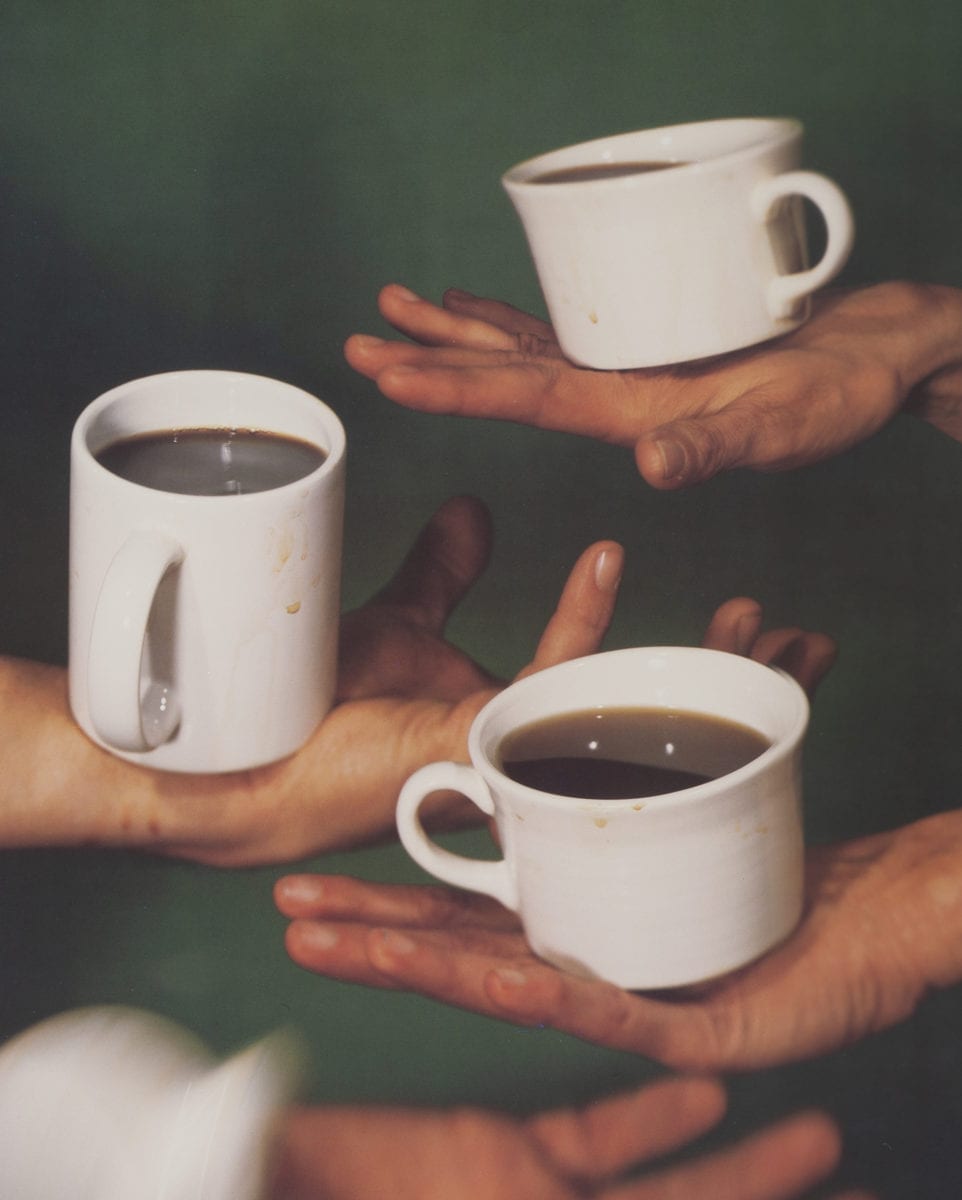 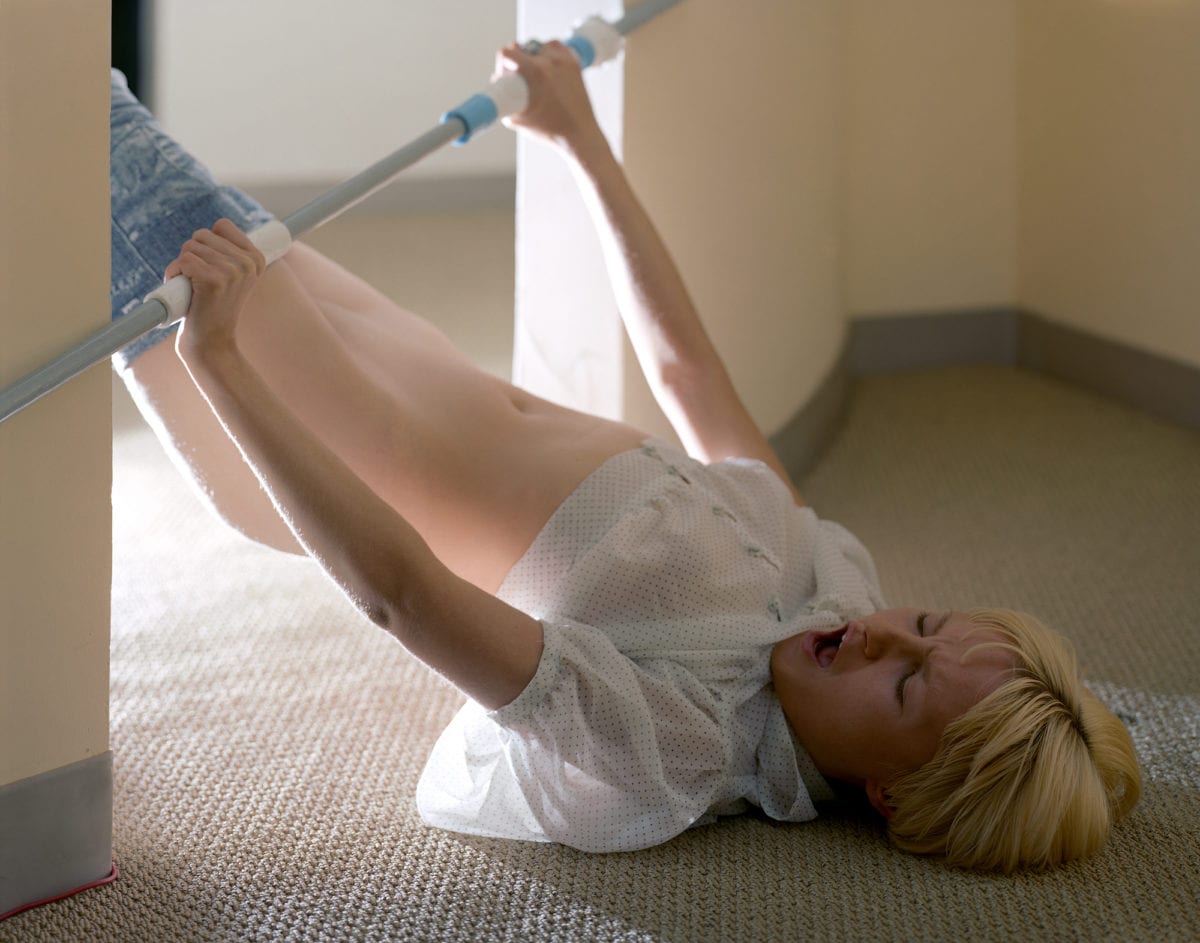 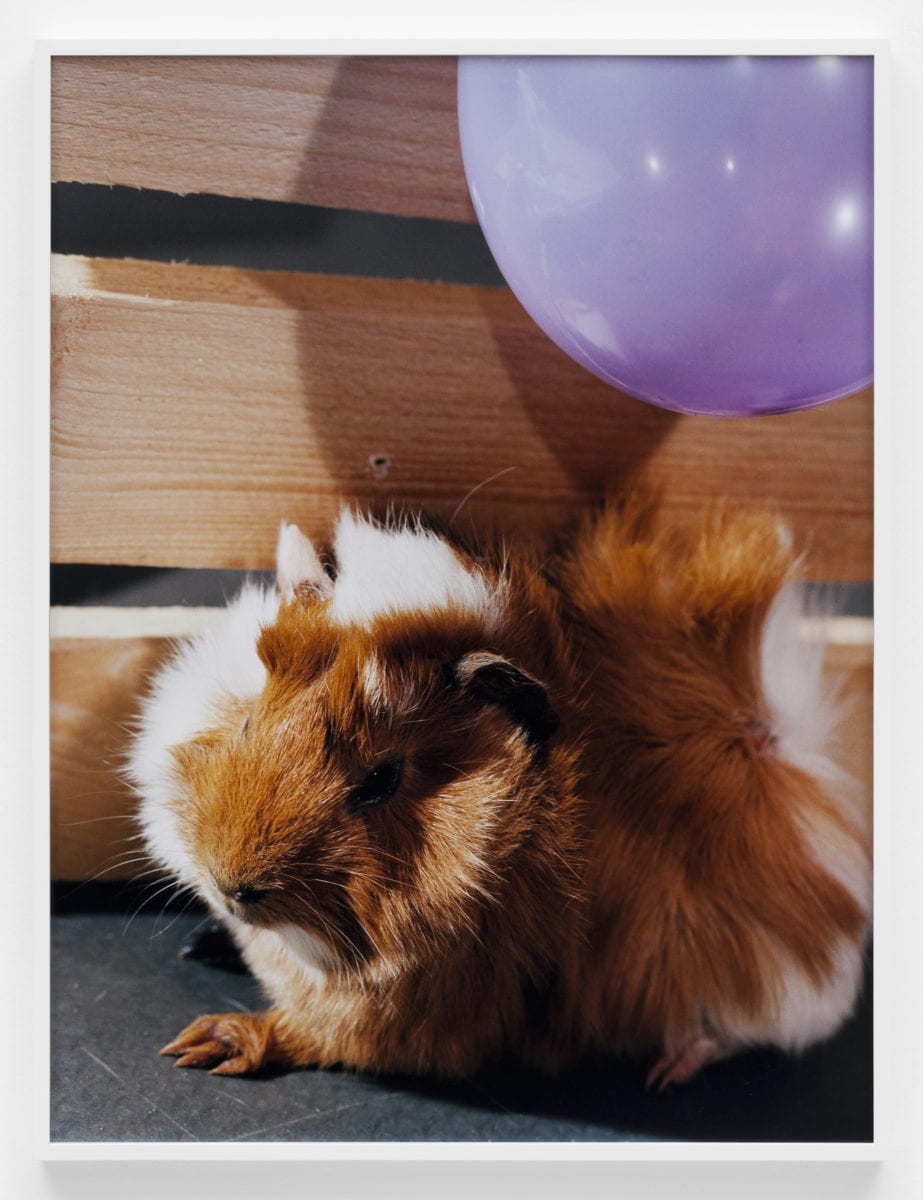