Girl on Girl: Art and Photography in the Age of the Female Gaze was written by Charlotte Jansen and published in April 2017. Robert Shore’s Beg, Steal & Borrow: Artists Against Originality—an Elephant book—was released in October 2017. Both books are available on our website and published by Laurence King.

Whose book was the biggest success?

Charlotte Jansen: It depends how you define success, but according to our publisher it’s about how many books you sell. So if that’s how we’re judging it…

Robert Shore: I happen to know that Charlotte was invited to give a talk in Huddersfield on the back of her book, so I think that puts her in the lead; the best I can claim is a recommendation in the Wall Street Journal.

Whose cover is better?

CJ: I mean, I see what they were trying to do with Beg, Steal and Borrow, and it’s clever, I have to give it to you. But how can you beat that colourful, enigmatic image of Isabelle Wenzel’s? And then of course there’s that unmissable title.

RS: Yes, Charlotte’s is definitely better. I prefer mine, though.

Whose author picture is better?

CJ: I thought it was too vain to have an author picture in mine.

RS: Thank you, Charlotte. My book does indeed have an author portrait—because the design (a Penguin parody) required one. But in an act of splendid self-subversion I deliberately used the ugliest picture of myself I could find. I’m so much prettier than that IRL.

What line are you most proud of in your own book?

CJ: “I came to see the feminist knickers as the beginning of an imperfect but very important process of emancipation.”

RS: Not sure, but it was probably written by someone else (my book is about copying and practises what it preaches).

Why is your book better than the other person’s?

CJ: It’s bigger, it’s glossier and it has more pictures. And it’s about women.

RS: Yes indeed, Charlotte’s book is so much better—unless of course you’re more interested in the subject matter of my book (copying, creativity, how we live now: women, men, crayfish, no one excluded), in which case I recommend mine. I hate to be relativistic but it’s an important point. Also, I take some credit for Charlotte’s book because I commissioned it (sort of; too complicated to explain here).

CJ: This is very true, credit where due. Kim Kardashian was also somewhat involved.

What’s been the best endorsement for your book?

CJ: Vogue called it “a very important book.” Also, when Lauren Laverne posted it to her Instagram, David Walliams commented “dirty lezzer” on it.

RS: As I believe I mentioned before, the Wall Street Journal carried a not entirely damning allusion to Beg, Steal and Borrow. And CNN and the Paris Review carried extracts. David Walliams alas has declined to comment (so far).

Who is your biggest fan?

CJ: Well, it’s possibly not my boyfriend, who has only read one page of it so far. So, it’d have to be my dad who is the only person other than Felicity, my editor, who I know for sure has read all of it.

RS: As ever, that’s my mother. She has Beg, Steal and Borrow on her bedside table, nestling against her copy of Quotations from Chairman Mao Tsetung (her Bible).

Have you seen anyone reading it on the train?

CJ: Other than myself?

RS: Don’t be silly. It’s way too racy for that.

Both books are available in our shop 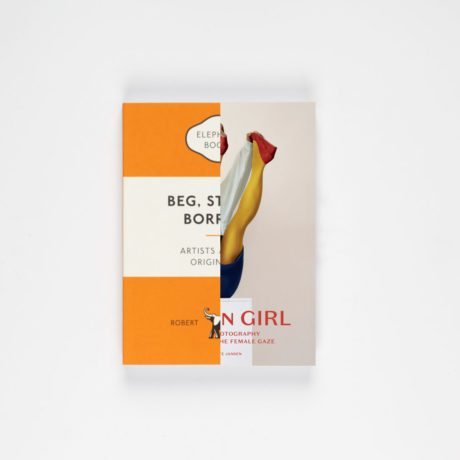