We’ve all been subject to the tyranny of originality. In Beg, Steal and Borrow: Artists Against Originality, Robert Shore explores copying, appropriation, mash-up culture and remixing in art, from the Renaissance up to the digital age, making a dense and sometimes thorny subject enjoyable to read, with some lovely insights from conversations with artists such as Hank Willis Thomas, Kenneth Goldsmith and Abigail Reynolds along the way. It makes you realise that although we might all be photocopies, there’s nothing wrong with that.

Charlotte Jansen: Why did you want to write about copyright?

Seriously, who would actually WANT to write about copyright? The word is boring, the subject is boring.

At root the book isn’t about copyright, it’s about copying—one of the most fundamental and progressive human instincts. We copy one another from cradle to grave. Learning by example is what we’re programmed in the womb to do. Humans are natural appropriationists. The sublimity of Shakespeare in Antony and Cleopatra arises from the Bard peeking over another writer’s shoulder; the Pictures Generation merely took this very common practice to its logical extreme.

In the context of this broader historical sweep (which begins with Adam and Eve), copyright does become genuinely interesting because, like copying itself, you can see it as an expression of two very human and extremely common urges—the urge to control and the urge to say (with Chesney Hawkes) “I am the one and only”.

CJ: What did you learn by writing this book?

Pretty much everything that’s in the book. I knew nothing when I began writing it (and some might say I emerged none the wiser at the end). The book is structured as a narrative around my investigations, starting with a phrase in a newspaper article that really got under my skin and taking in conversations, conferences and a pilgrimage to New York. The book is mostly about art but it takes in a lot of other things too—Uber, Mickey Mouse, Harry Styles. They’re all in there.

Theatre and “classical” music are in significant part repertory arts—the texts or scores remain the same across decades, centuries and even millennia, but the “meanings” of performances can vary enormously according to the way the words are spoken or the notes are played. Shakespeare’s Henry V can be patriotically gung-ho or fiercely anti-war depending on how you play it. It seems to me that a lot of interesting contemporary art is much closer to pop music in method—sampling and remixing are key to both.

The book is mostly about art but it takes in a lot of other things too—Uber, Mickey Mouse, Harry Styles. They’re all in there.

CJ: I find the Kenneth Goldsmith example you bring up very interesting (about when he appropriated Michael Brown’s post-mortem report). Appropriating can so often go wrong, it seems, judging by the reactions to that. You have to be quite thick-skinned to deal with that.

You do. And well-intentioned people sometimes get things hopelessly wrong.

ES: That particular example was also really heightened by the nature of the internet, as it could spread very quickly. How has the online world changed the playing field when it comes to copying and appropriation?

It’s transformed it completely. The works of old masters were generally made available to a wider audience by means of painted copies or engravings. But that was an incredibly slow and laborious process, and the resulting “wider audience” was very small by comparison with today. Now, if you put an image on the internet it’s instantaneously accessible pretty much everywhere on the globe. It can be memed within minutes. Visual culture has become unimaginably fast and democratic as a consequence. Or, as Sturtevant put it, “What is currently compelling is our pervasive cybernetic mode, which plunks copyright into mythology, makes origins a romantic notion, and pushes creativity outside the self.”

CJ: What do you think about cultural appropriation in general, or at least, the fierce kind of anger it provokes? Is it ok, for example, for a white pop star to wear cornrows? Or for a Jewish MC to rap in pidgin English (I have a friend who does that, and gets a LOT of hate on the internet for it.) What’s ok? Is there a line that can be crossed?

Lines are only there to be crossed. I’m from Mansfield, where workers chose to cross perhaps unduly sanctified picket lines during the 1980s miners’ strike. Their transgressions attracted extraordinary rage.

It’s not for me to say what’s OK or not in terms of cultural appropriation. Some such acts seem merely crass, others genuinely liberating. But the global future we’re on course for is one of increasing cultural hybridity anyway. We blend and progress, and that generally happens by crossing lines.

ES: I like that the book has such an open approach to copying—it’s presented as something that’s natural and human rather than right or wrong. Have you, nonetheless, come across some examples that you feel push the line a bit too far?

There are forgeries, of course, where the copyist tries to pass off copies as originals. The motive in such cases is cynically to make money, which is rarely interesting from an art perspective.

And then there are artists whose studios are essentially copy-shops set up to generate endless copies-with-variations of their own works. No copyright infringement or legal fraud is involved in such cases but the motives are similar and from a visual point of view they’re hardly more interesting.

CJ: Why do you think artists get so annoyed by copying? Are they justified in getting upset? As you write in the book, “the world is a palimpsest.”

I’m not sure artists do get annoyed by it. If they do, they probably aren’t real artists. Most artists understand that everything is at some level a copy. The act of pure originality is a phantasm, a delusion fostered by the Romantics. And even Coleridge acknowledged that his greatest and most original creative outpourings were a repetition of someone else’s thoughts—God’s. Old Samuel T. went in for the higher influences. Wordsworth and his mum weren’t enough of an inspiration.

It’s usually corporations and artists’ estates that get upset because they want to control the commercial exploitation of intellectual properties of which they consider themselves the guardians. It’s corporations that are responsible for “copyright creep”, the extraordinary extension of the duration of copyright. When it was first introduced it lasted fourteen years; now it can last for over a century.

CJ: Who would you most like to copy if you could get away with it?

Lou Reed. And I do copy him, especially when he said: “I don’t have a personality of my own. I just pick up other people’s personalities. I mean seriously, if I’m around someone who has a gesture that’s typical of them, if I’m around them for more than an hour, I’ll start doing it. And if I really like it, I’ll keep it until I meet someone else who has something else. But I don’t have anything myself.” And of course when he said that, Lou was copying Andy Warhol. Both were really great copy-artists. Both were true originals too.

ES: How do you think these two copycats feel or felt about people copying from them?

I don’t know about Lou but Andy loved it. He actually helped Sturtevant—in a well-documented episode that provides one of the starting points in Beg, Steal and Borrow—to make copies of his flower paintings. That way, when people asked him to explain his technique and he wasn’t in the mood to talk, he could just tell them to ask Elaine instead…

Beg, Steal and Borrow: Artists Against Originality by Robert Shore is an Elephant book
You can buy a copy now at elephant.art 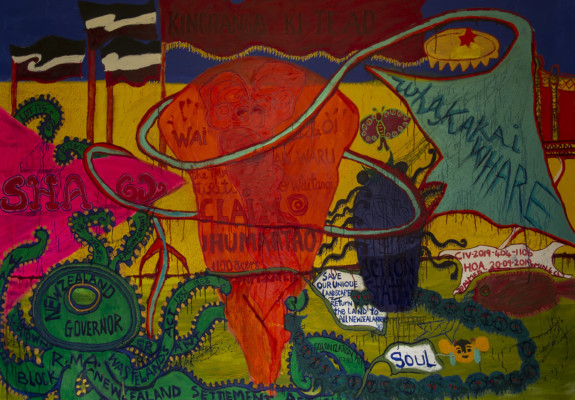 The Biennale of Sydney closes today in line with government advice, but virtual walk-throughs, curated tours and artist takeovers will be available to view online.
Read More