Defiant. Assertive. Badly behaved. It is a cliché that women standing up for themselves is something out of the ordinary. The trio in this image, though, are just three women living in the outskirts of Los Angeles, captured by Janette Beckman in 1983. They lean against the fresh paintwork of a gleaming car in subtle collusion, quietly united in friendship. Their carefully made-up faces, with painted eyebrows every bit as perfect as silent film starlet Clara Bow, are unsmiling.

The Rivera Bad Girls, as these three women were also known (a subset of the Mexican American gang the Hoyo Maravilla), assert themselves on their own terms in Beckman’s evocative black-and-white photograph. They pose for the camera, look down to the lens, and wait for the snap of the shutter. “My photographs are a collaboration between me and the subjects,” Beckman explained in an interview last year. “You want to talk to them and find out who they are, and then take a picture.”

“Beckman’s gang is unapologetically in control. ‘These girls posed themselves, which is why there’s an honesty to it’”

The British photographer is best known for her documentary photography of gangs and subcultures throughout the 1980s and 1990s, capturing those who often existed at the fringes and the edges of societies driven by the rhythms of capitalism. She would travel to photograph communities across the United States, where her own status as an outsider often helped her to gain the trust of tight-knit groups, some of whom were seen as dangerous by the mainstream media.

The women of the Rivera Bad Girls, as Beckman revealed several decades after this image was taken, have since gone on to work in, respectively, gang rehabilitation, for the district attorney’s office, or in human resources. The portrait of the young all-female gang, though, remains a record of a time when their style, posture and collective solidarity gave them an identity that helped protect them from society’s gendered expectations.

“My photographs are a collaboration between me and the subjects. You want to talk to them and find out who they are, and then take a picture”

In her framing of the three women, Beckman’s image also recalls the iconic trio who feature in Russ Meyer’s 1965 film Faster Pussycat! Kill! Kill! In Meyer’s exploitation classic, a leather-clad gang of former go-go dancers seeks revenge on the opposite sex, fighting their way through long open roads and deserts in an open-top car. They flip the script and assert their power in a cult classic that went on to influence everyone from John Waters to Quentin Tarantino.

Like Meyer’s fictional protagonists, Beckman’s gang is unapologetically in control. “These girls posed themselves, which is why there’s an honesty to it,” she stated. Whatever the expectations placed upon them, when photographed by Beckman, the Rivera Bad Girls are left to simply be.

Janette Beckman: Rebels is at Fahey/Klein Gallery in Los Angeles until 18 June 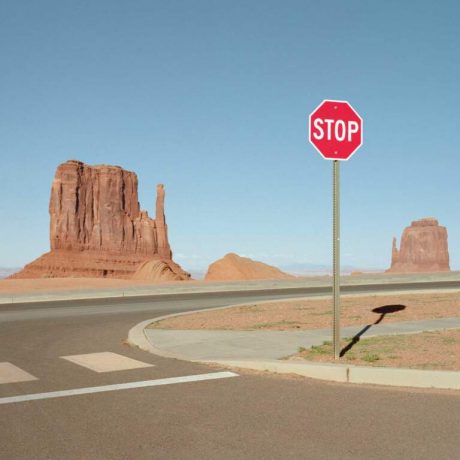