Colombo-born Anoli Perera is among the artists who have participated in the biennale’s previous three editions, but who is not taking part this year. Her work, mainly rendered in fabric, takes a long time to complete — meaning, she explains, she can’t take on too many projects at once, and two new works will be shown at the Serendipity Arts Festival in Goa later this month.

Perera — who also writes on art and organises workshops in Sri Lanka — is now based in Rajagiriya, and is a founding member of Theertha Collective, who have coordinated cross-cultural exchanges through workshops and events in Sri Lanka since 2000. Choosing very specific materials to talk about the social issues facing her as a woman in her context, Perera’s sculptures, installations and paintings also refer to universal experiences of being a woman. Take Second Skin: Elastic Dress, (presented at the 2012 biennale): using scarlet elastic straps stitched by hand into loops, Perera’s sculpture and photo-performance is a monument to the constant cycle of change a woman’s body goes through.

I spoke to Perera about the impact of the biennale in her home country, women artists in Sri Lanka, and why she chose art over her initial studies in political science.

What does it mean to you as a Sri Lankan artist to have this biennale in Colombo?

I am not officially participating in this year’s CAB. I participated in 2009, 2012 and 2014. But it was great to take part in the past CAB events and it allowed me to be part of a crucial event that is placing Sri Lanka as a serious art location in the regional and international art community. It is also an event that brings a lot of discussion, debate and interaction with individuals from an expanded art community which brings in what is happening outside of Sri Lanka. That can expand intellectual and artistic horizons for artists, and make one think afresh about one’s own art practice. For a country that is surrounded by a very comforting sea and that is very comfortable in a small art community, events like CAB are necessary to reconsider our own comfort levels. It’s a good intervention in the local art scene to reinvigorate us all, artists and the art audience.

You have worked a lot with the female experience in the past decade in your practice: what issues most concern women now in Sri Lanka in your view?

In Sri Lanka, like the rest of the word, we have gender issues. Society and culture puts many restrictions on women in comparison to men. A major responsibility is put on the woman to nurture the family and to bring up children within the household, irrespective of whether she is also doing a full-time job. This limits her freedom to make choices for her own liberation and independence. In Sri Lanka, the number of female students in most university programmes is higher than the male students. Over the past decades, women have got economic independence and many women have become equal partners in bringing income to the family. In the case of women who go to the middle eastern countries (mostly as maids) to earn, they have become the main income generators for their family. Still, the social and family responsibilities remain unchanged for them and one could not see the male partner in the family taking greater responsibility and participating in domestic chores.

Domestic violence still is high, divorced women are still seen as unacceptable, women as single parents are not encouraged, freedom of making decisions by a woman about their predicament is still questioned, social and family expectations are often needed to be carried by the woman irrespective of her wishes. I also feel that sometimes women themselves are hesitant to make their independent choices even when the freedom exists.

Yet Sri Lanka also made advancements that still haven’t been realized in many countries in the West, too.

Sri Lanka can be a place of contradiction. Sri Lanka also is a country that voted in the world’s first woman prime minister four decades ago and had our first woman president a decade ago. Looking at what is happening in the so-called ‘developed democracies’ such as the USA, Sri Lanka has been way ahead in breaking the glass ceilings with regard to women in politics.

Do you feel women artists working in Sri Lanka now have a strong presence in the arts scene?

A large number of artists working in the art community are women. That doesn’t necessarily mean that most of them are engaged in critical and socially engaging art practices. The number of women artists who give a serious commitment to their art practice as professional artists and are willing to work against all odds to establish their presence in the art community are still few. I find that the art practices of most women are vulnerable and can easily be disrupted by the  social pressures of family duties.

You’re also a cultural organiser and writer, who moved into the arts from political science. What drew you to creative expression and do you think it’s an effective way to make a change?

I guess I was aware of my creative ability and had a fondness for drawing throughout. I naturally gravitated towards art when the moment was right and found major satisfaction taking art full time as a profession. I think artists have the power to introduce or challenge an idea effectively. An artist can be an educationalist and art is an educational and civilizational tool. It has the potential to plant a seed of change in a community and let it take its natural process to grow. But artists do not have the power to command the same attention (of people) that politicians have. An artist needs to be a populist (a cult figure) or an activist to mobilize people. If you are either, then the change you will initiate is not because you are an artist. But artists can be good critics and intervenors to show the possibilities of change in a system. 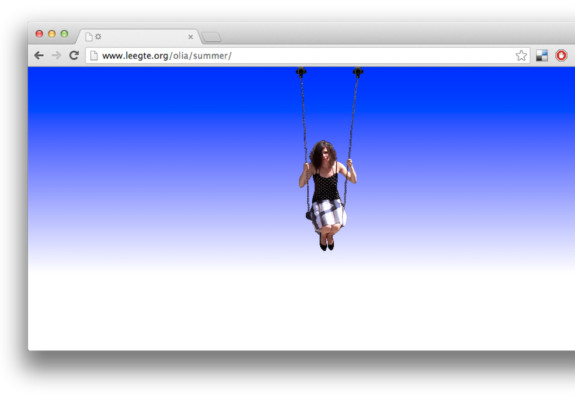 Olia Lialina, one of the most important names in the original Net Art movement, transforms the complex language of the internet into playful works of art.
Read More 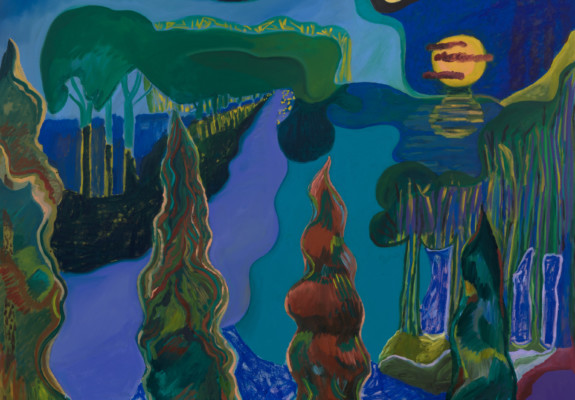 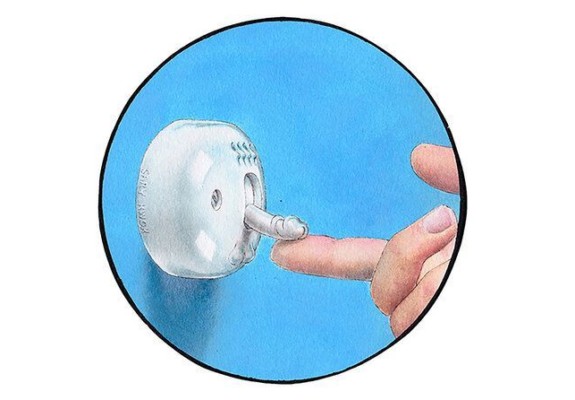 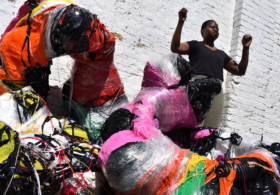