The pack is spread out. Three jaunty, gold-rimmed cards are selected at random, chosen by intuition more than anything else. Turning them over reveals images of colourful geometric abstraction, interspersed with a few easily identified objects: a crescent moon, receptacles of liquids, floating cones, and meteoric craters. This deck, known as the Abstract Futures Tarot, was created by Hilma’s Ghost, a Brooklyn-based feminist artist collective named after the Swedish artist and mystic Hilma af Klint.

Co-founded by artists and educators Dannielle Tegeder and Sharmistha Ray at the height of the pandemic, Hilma’s Ghost work design their own Tarot decks, alongside organising art exhibitions and Tarot reading workshops, using the deck to inspire collaborative paintings and help them undo creative blockages: “Sometimes if we are stuck with a shape, colour, or composition, we draw a card to guide us,” they say. “The visuals of the card always have something to relay.”

Tarot has been around since the Middle Ages, and in the centuries since many artists, writers, and filmmakers have turned to the cards for creative inspiration, and as art works in and of themselves. The Abstract Futures deck, released in late 2020, arrived at the crest of a wave of interest in Tarot. German art and photography book publisher Taschen recently put out a wide-ranging survey of Tarot design, part of its popular Library of Esoterica series. A year earlier, they republished Salvador Dali’s art history-infused 1984 deck, originally intended for the James Bond film Live and Let Die (1973) but never used.

Fulgur Press have finally published the British surrealist artist Ithell Colquhoun’s 1977 deck. Drawing on the colour symbolism of the Hermetic Order of the Golden Dawn, an occult secret society, the Taro as Colour deck was created using automatist techniques. It features luminous enamel paint poured onto paper and then swirled into spiralling liquid patterns: part marbled oil spill, part whirlpool. Colquhoun veers away from traditional symbolism to dwell in the marvellous and murky realms of spiritual abstraction.

“Many artists, writers, and filmmakers have turned to the cards for creative inspiration, and as art works in and of themselves”

Despite the recent resurgence of Tarot, these distinctive cards have long gone in and out of fashion, waxing and waning like the moon. Much digital ink has already been spilled on the popular resurgence of esoteric tools and belief systems, of how, in times of turbulence and social chaos, people turn to magical thinking to generate meaning from randomness and make sense of uncertainty.

“The pandemic caused so much isolation and suffering,” say the team behind Hilma’s Ghost. “From the beginning, we wanted to create a cultural platform to bring marginalised voices together and heal as a community. We take inspiration from Hilma af Klint, an artist and mystic who was overlooked in her time.”

Abstract Futures was also inspired by the work of Pamela Colman Smith, best known for illustrating the popular Rider-Waite Tarot deck in 1909, even though its style is very different. Visual artists (many of them women) have historically worked in close proximity with mystics and seers to develop the graphic identity of the cards, translating their spiritual ideas into visual form. This work was often not properly acknowledged. Although Smith’s designs are loved around the world, she languished for a long time in obscurity.

From their origins as playing cards to their later divinatory context, these days Tarot cards are more likely to play a part in rituals of self-care and creative self-discovery. Like astrology or palm-reading, crystals or chakras, Tarot cards offer a re-enchantment of the stale technological world, opening a connection (be it real or imagined) to ancient forces and spiritual pathways. 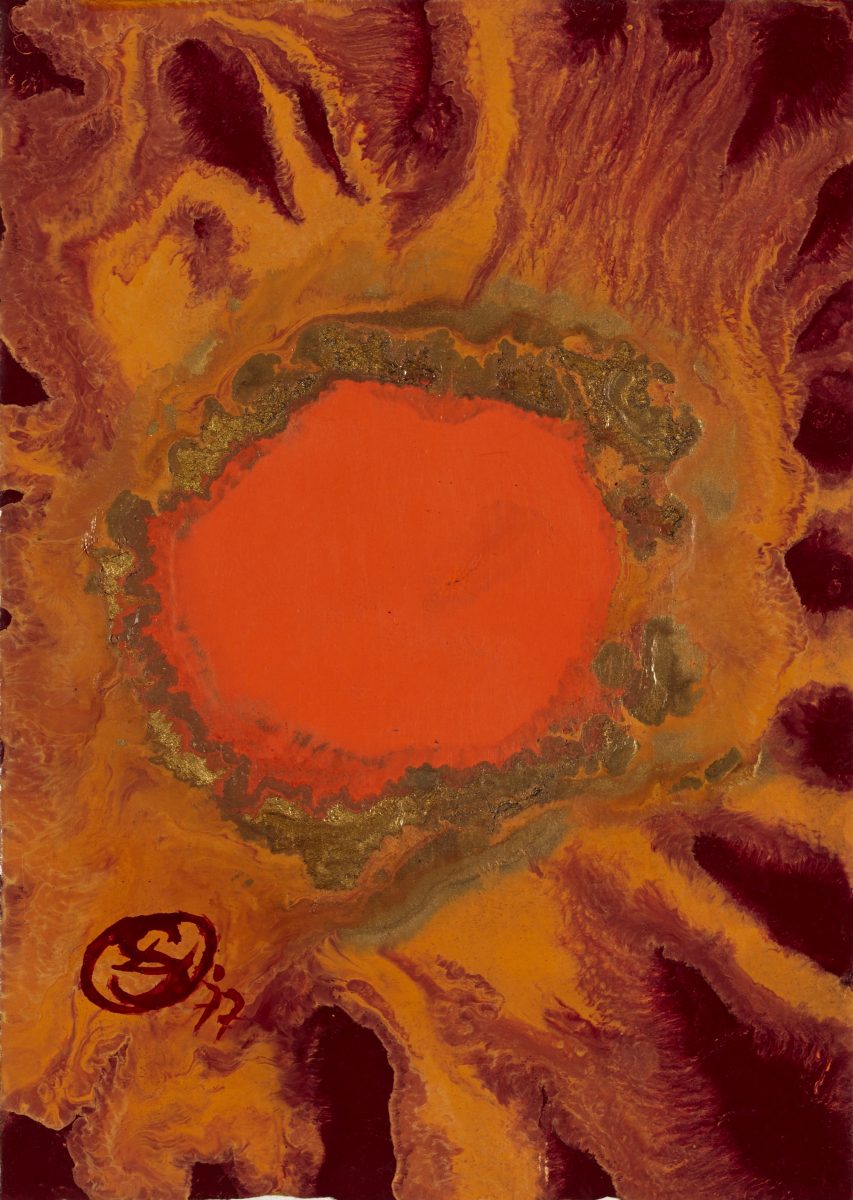 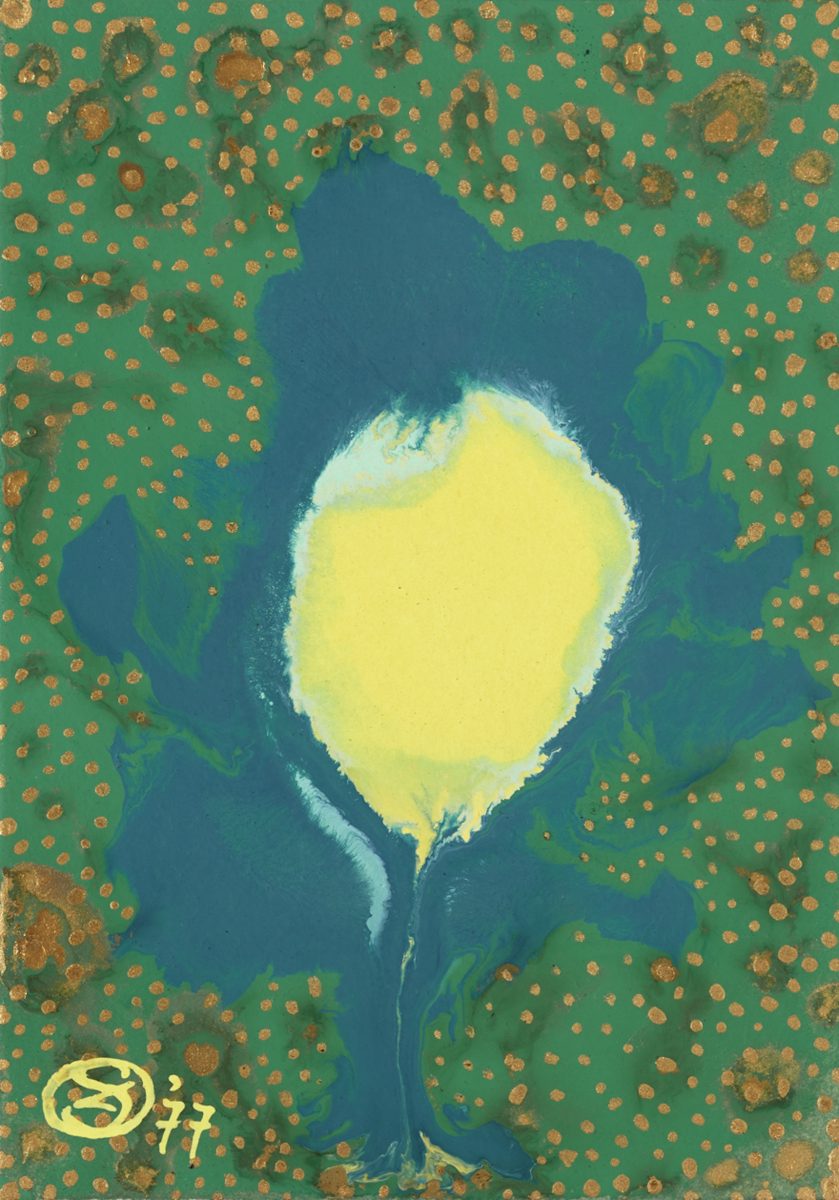 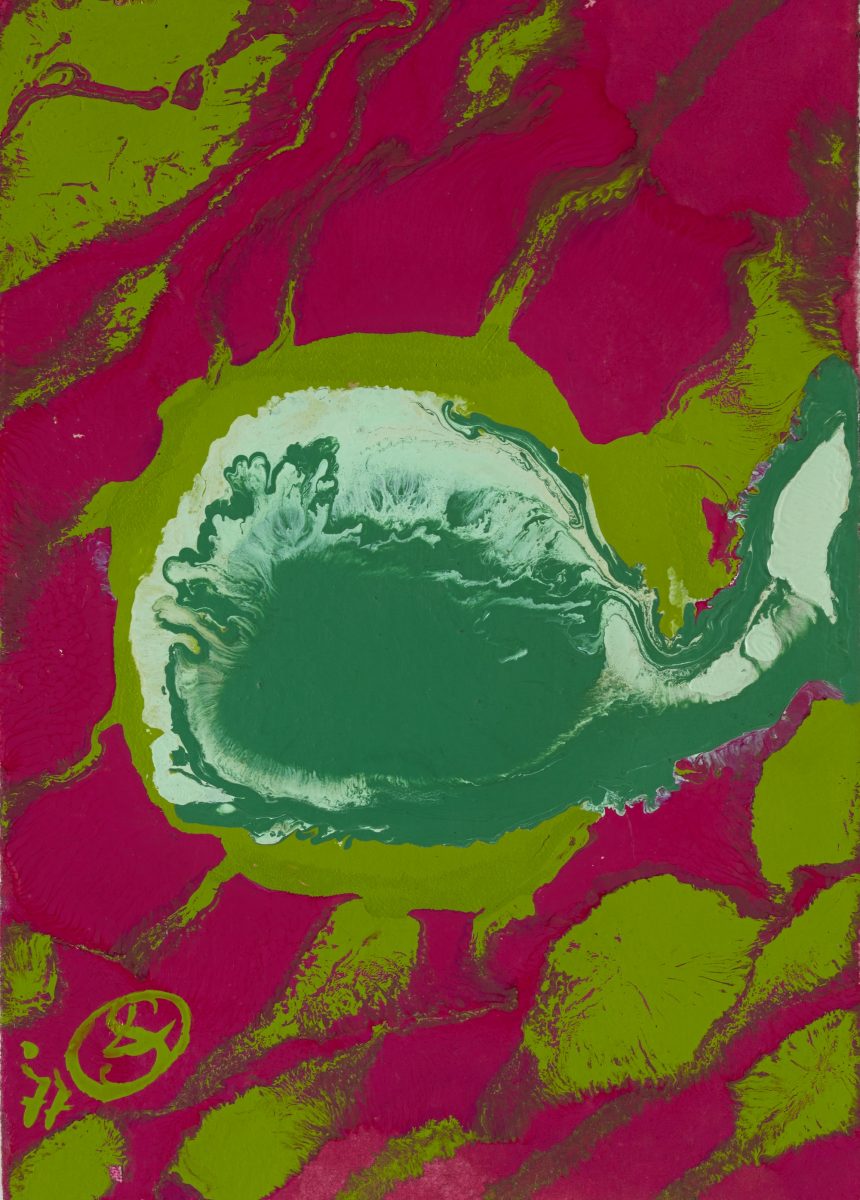 Others are using Tarot as tools for community empowerment and expanding representation. Several contemporary Black, queer, feminist and women artists are using the language of the Tarot to unearth alternative genealogies, finding in the ancient deck a medium to resurface hidden histories and embolden users to look beyond stagnant stories. Suzanne Treister’s Hexen 2.0 deck, published by Black Dog in 2004, unearths radical instances in history, mining from cybernetics, the occult, and the counterculture, to inspire users to reimagine new futures and catalyse conversation.

Multimedia artist Courtney Alexander’s extraordinary Dust II Onyx: A Melanated Tarot reworks the archetypal language of Tarot through reference to the cultural myths and symbols of the Black diaspora. “At the time there wasn’t one deck on the market that featured Black people that was actually created by a Black person… Dust II Onyx is a love offering to the Black diaspora,” she explains. “It embodies not only Blackness culturally but as a spirit that connects us across the globe. The highest compliment I’ve received is that Dust II Onyx feels holy and sacred. It is a reflection of the reverence and care we deserve.”

“It’s about setting the intention and the space. The Tarot is an inspiring visual and narrative tool to do that with”

As a set of timeless and enduring symbols, Tarot cards provide artists and writers with the building blocks for storytelling. A deck offers concentrated snapshots of wider archetypal figures and narratives, helping writers and artists place their stories within a mythic context. The cards speak of endings and beginnings, of forks in the path and unspoken needs and desires. They are a moveable storyboard that can be rearranged at will. The figures of the major arcana, the hanged men and high priestesses, the fools and magicians, represent familiar life events, personality types, and experiences that can be tapped into.

Writer David Keenan was drawn to the Tarot because of this facility for storytelling and mythmaking. His Autonomic Tarot deck, made in collaboration with the artist Sophy Hollington, came out of his experimental novella, To Run Wild With It (2019), which uses the cards as narrative devices and was heavily inspired by Aleister Crowley’s Thoth deck. “You are attempting to pull together a narrative from a few archetypal situations and how they interact,” Keenan says. “You are reading the character of the moment, which is what everyone is constantly doing anyway, only you have this repeating grammar, the cards, that you are applying to it.”

Tarot can also be a powerful tool for making sense of changes in our lives, inviting possibilities outside of fixed binaries and inviting us to break free of blockages. This makes them the perfect catalyst for artists seeking to generate new perspectives on their work. In the experimental 16mm travelogue Ghost Strata (2019), award-winning British artist Ben Rivers turns to a Tarot reader for creative direction on the making of his film. Grainy footage captures burning candles and sage, as the barefoot Tarot reader tells him the film will be “about your relation with time.” Her observations help set up the film’s roving investigation of geological and linear time.

“So much of creative practice is not just about execution but about removing internal and psychic blockages,” the Hilma’s Ghost collective say. “In these instances, the cards can also offer direction and spiritual advice. Sometimes all you need to do is pause and come back later. Or maybe you’re not looking at something the right way and you need to adjust your perspective. The cards will tell you that.”

What’s a good way to start using Tarot in your practice? Hilma’s Ghost recommend drawing a daily Tarot card in your studio:“It sets a tone for the day, which can provide a ritual for making creative work. It’s about setting the intention and the space. The Tarot is an inspiring visual and narrative tool to do that with.”

The Abstract Futures Tarot is available now from Hilma’s Ghost