Visual artist Alessandro Keegan describes himself as an abstract painter, which sees him harness metaphysical and ineffable spaces. “My way of doing this involves a system of my own making, what I sometimes call my ‘mystical science’,” says Keegan. “It blends atmospheric space with flat, diagrammatic space, and reoccurring forms which have secret meanings for me such as dew drops, crystals, eyes, architecture, channels, beams of light and shells, just to name a few.”

“I developed my working process over many years, the techniques I use with coloured pencil and oil painting are not as traditional as one might think,” explains the artist. “I used to meditate in order to see the things I wanted to paint but now I get flashes and these configurations come into my head very complete. I sketch them out as quickly as possible when this happens and then I develop the image with many rough sketches in order to figure out how to make it look good.”

The next step for Keegan is to figure out the colours that will work in the piece, which is done intuitively. Some colours can evoke certain tastes for the artist. “Magenta and yellow will taste like marzipan candies, blue-grey and a pineapple colour taste like ice cream. I don’t know why,” he says. “I tend towards colours that teeter between the natural and the synthetic.” After priming the surface, Keegan lays in a ground of either gradient or flat colour. “Once that is dry, I draw out the image very carefully, using measuring tools but otherwise working free-hand. Every step of the process is long and tedious, which is how I like it,” he says.

Though Keegan uses coloured pencil to draw with and layer colours gradually, the artist says his primary medium is oil paint. “Some think of oil paint as being old fashioned, somehow tied to the past. I think of it as simply being the most physical of materials, it is organic and alive,” notes the artist. “There is also something timeless about oil painting, it is outside of history, whereas new technologies, though I greatly admire artists that use them, always seem rooted in the age when they were most dominant.”

Keegan is very methodical, almost technical, in his painting. To ensure the blending of colours and that the light effects appear correctly, he focuses on one section at a time for hours, turning it upside down and to the side, further altering it so it looks perfect from every angle. This precision is clear in the final works, with a hyperreal finish to each one, his shapes glistening ethereally in the frame.

One of the main challenges of painting for Keegan is the weight of a new work, and he views each new piece as a “nebulous thing” that he is tasked with bringing into the world. “As much as each work presents me with something new and exciting, they also always come with some disappointment. I look at the works and I see one colour that could be different, one detail that could be added, one form that’s not what it was in my original sketch,” he explains.

These frustrations are used as motivation for the next painting though, and Keegan has come to accept the flaws that come with hand creating something such as wobbly paint strokes, asymmetry or draft lines showing through. “I’ve let go of trying to control these things,” he says. “The work comes from my hand, it will always be flawed. I don’t seek to create the illusion of perfection in my work, that’s not the point.” 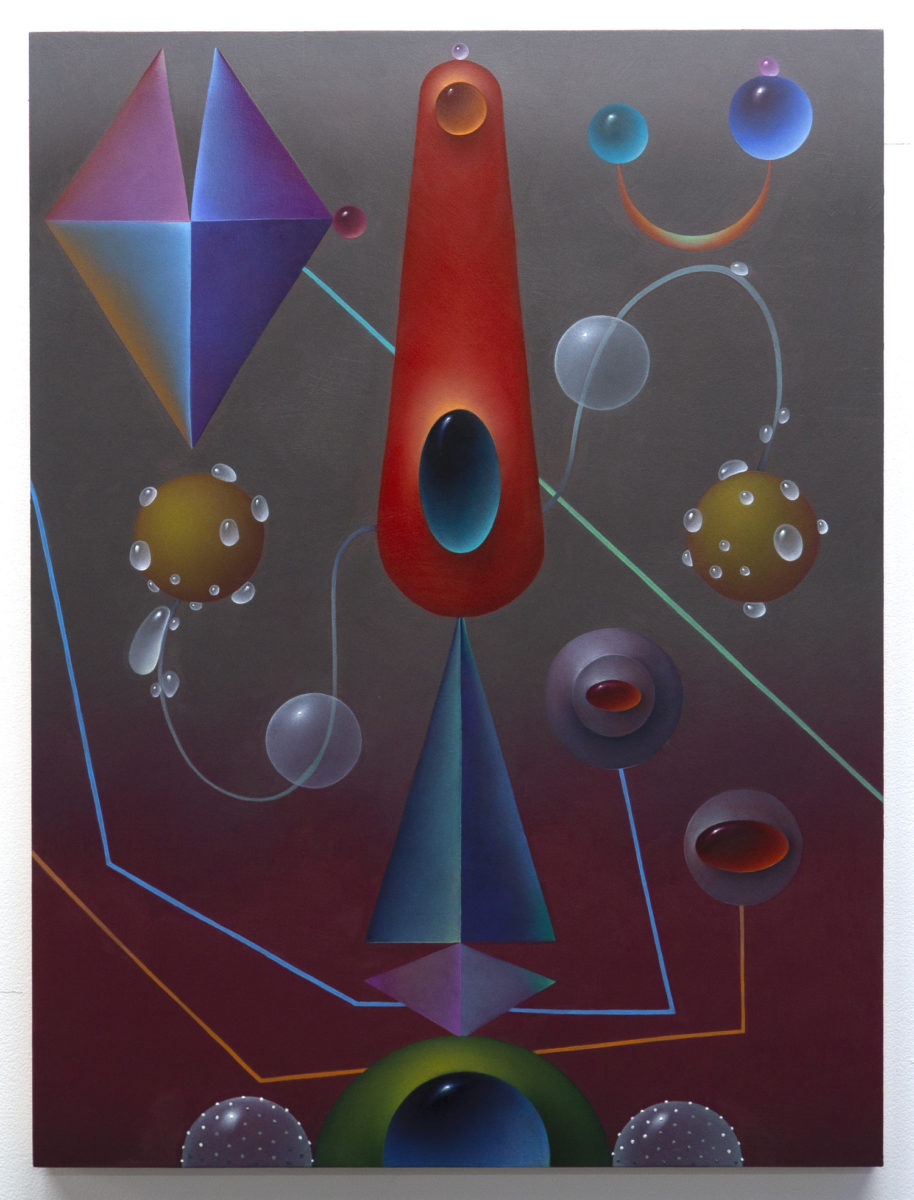 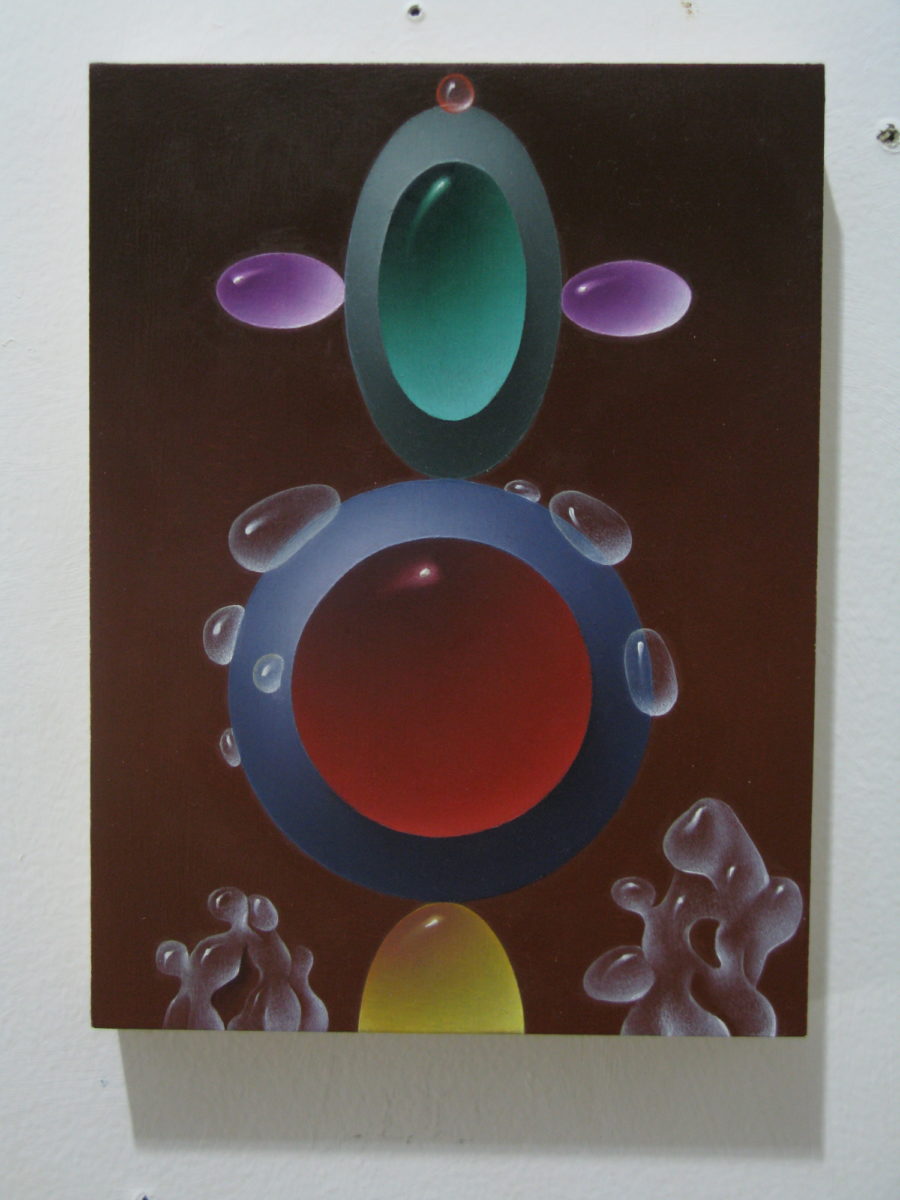 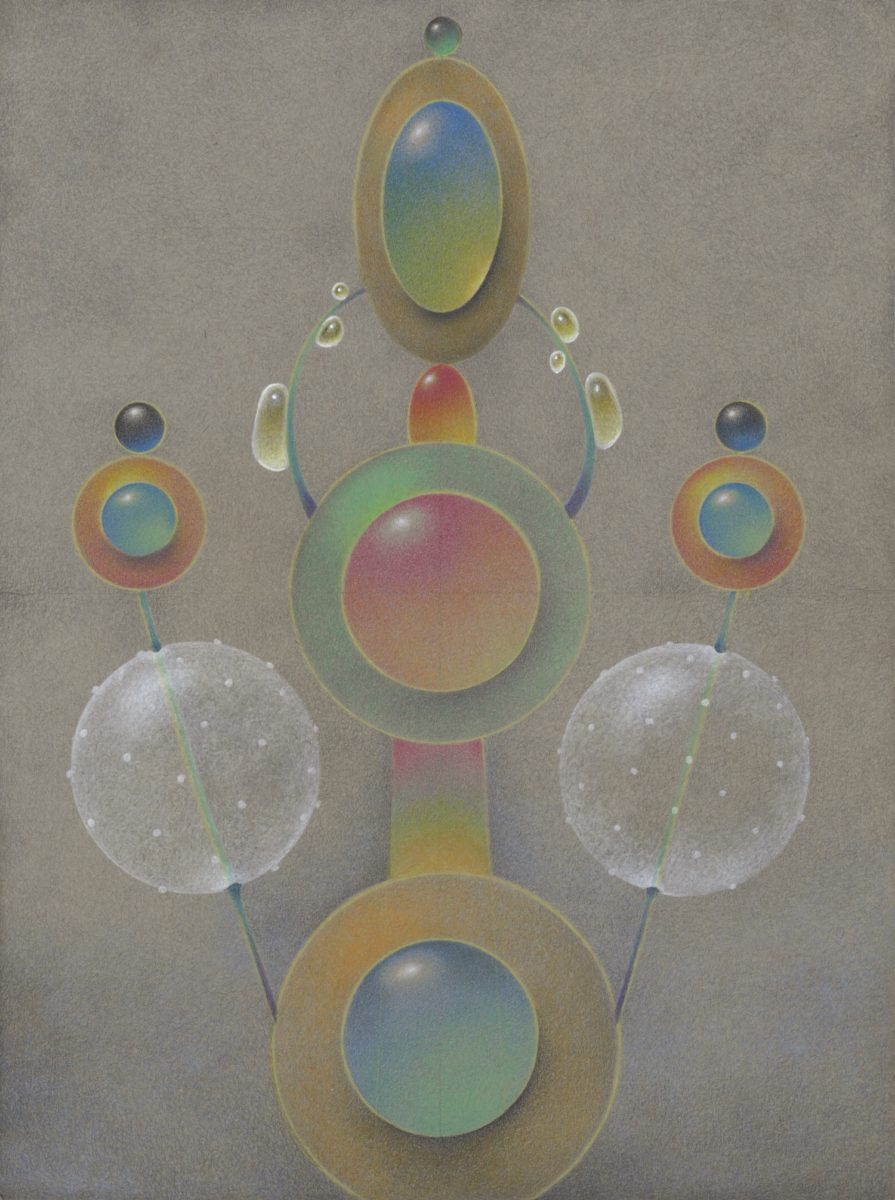 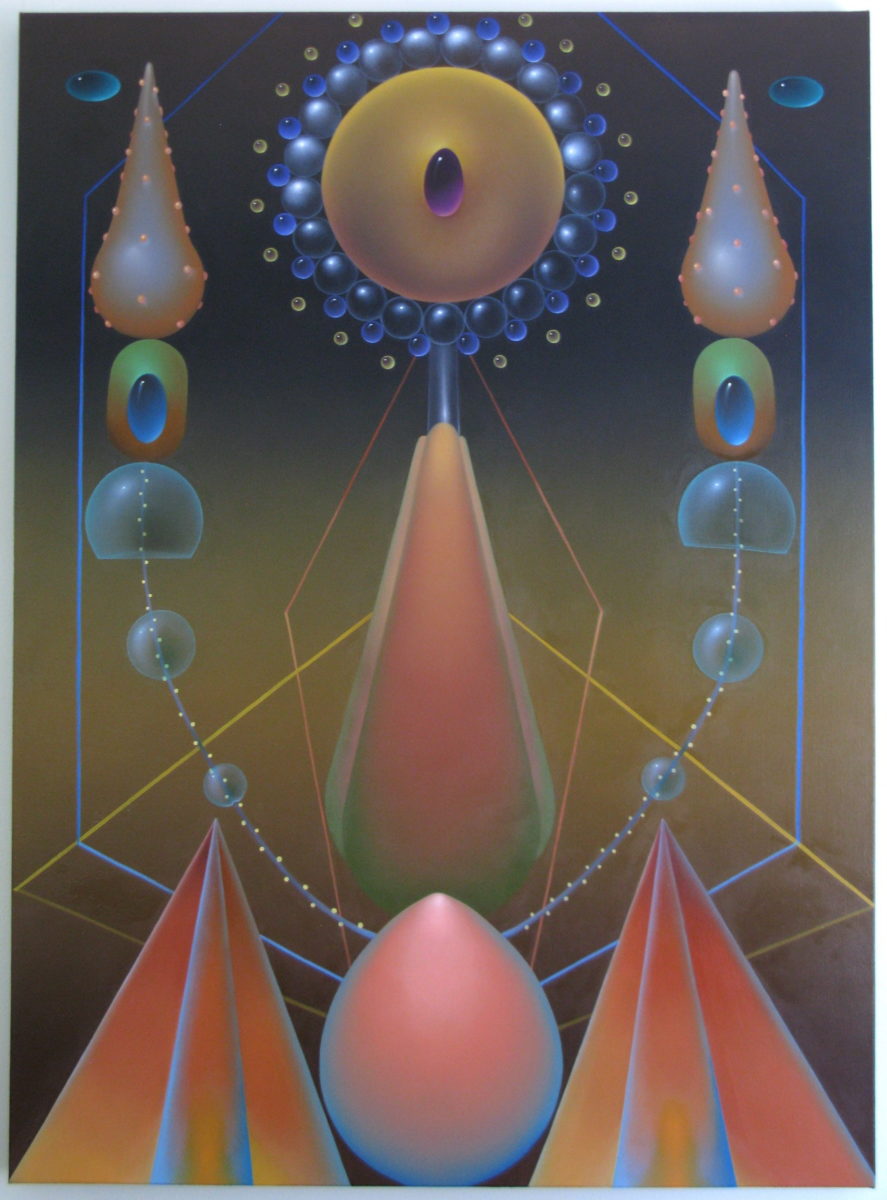 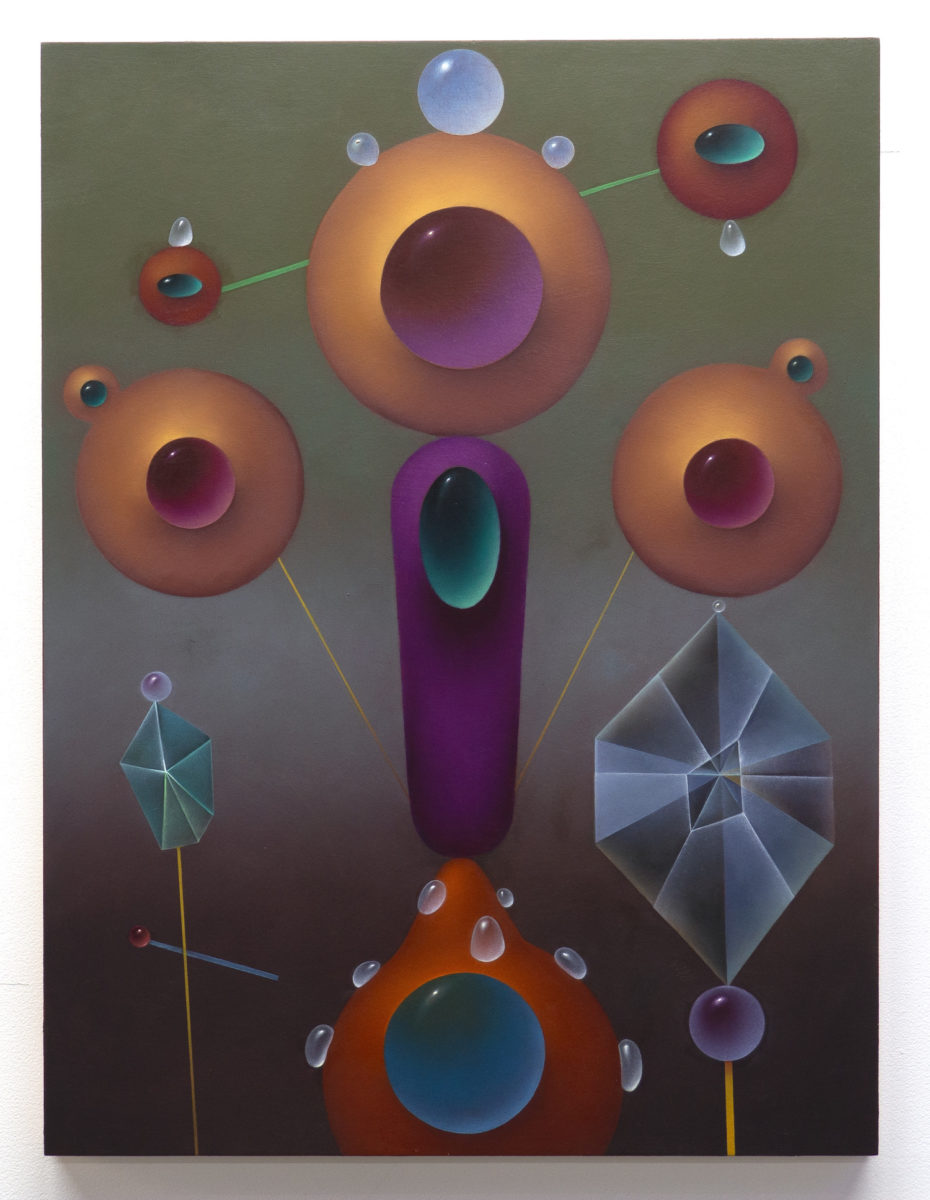 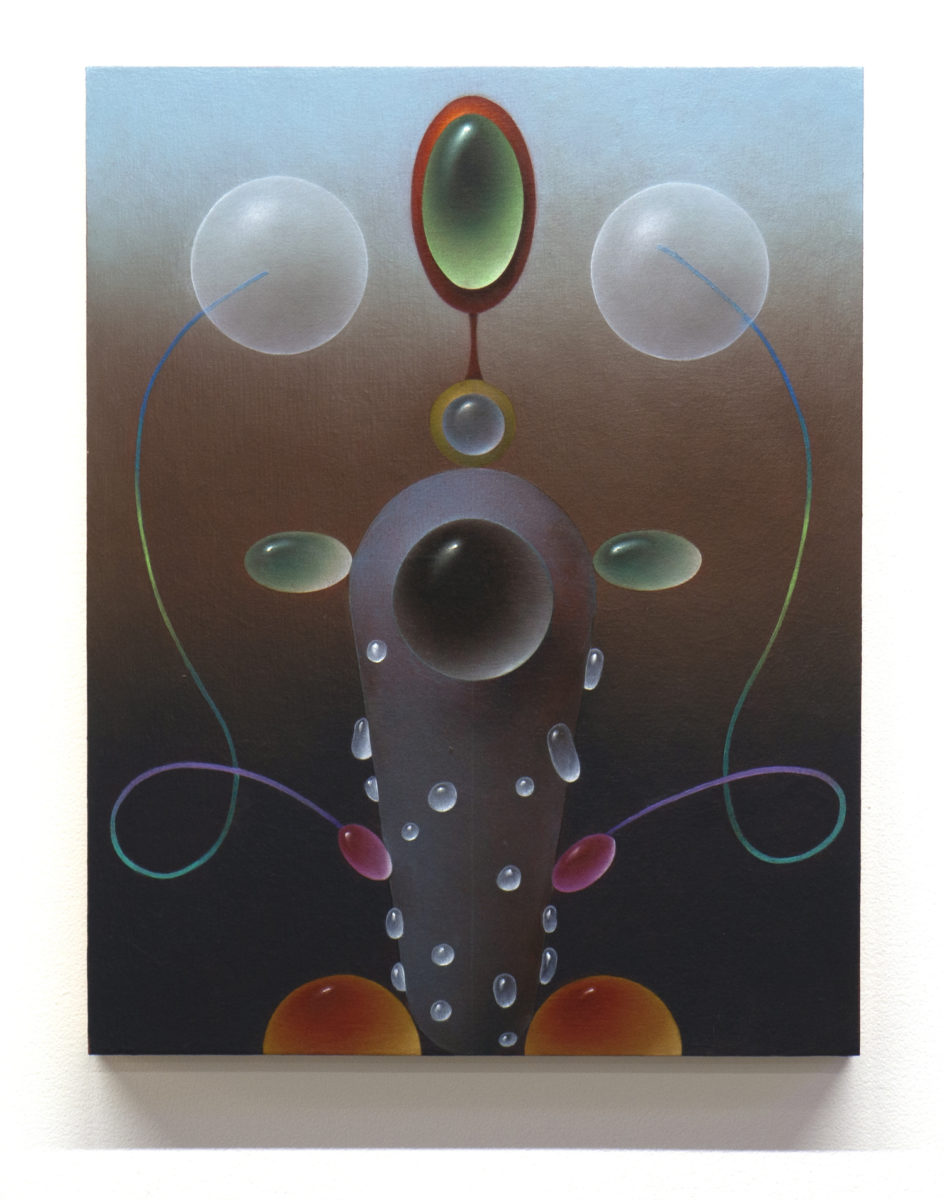