Freya Bramble-Carter grew up with clay. Her father, Chris Bramble, makes hand-crafted pots and ceramic sculpture. He also teaches, and after studying fine art at Chelsea College of Arts his daughter suggested they join forces.

“It’s important for me to share the craft,” she explains over the phone from their studio in Kingsgate Workshops in Kilburn, northwest London. “I try to put a lot of love and energy into making, and I think it shows, but even so when a work comes out of the kiln it’s a different product. It’s still and it’s fixed, and if you drop it, it’ll break. For me, it’s important to share all the inbetween-ness, because that’s where the lessons are, that’s the community.”

Freya’s Clay Club was founded in 2013 with the aim of teaching people of all ages how to handle clay. Bramble-Carter started out hosting children’s classes but today works mostly with adults, several of whom have become regulars. It wasn’t just the opportunity to share the craft that appealed to her, it was also the chance to teach others in the way she wished she’d been taught.

“It’s about care and kindness and giving people time and attention,” she says. “I thought, ‘These things were missing from my own experience at art school, I’ll create my own school and do it my way’.”

More and more makers are setting aside time to teach and support art projects, especially in areas that might not otherwise have access to the arts. Jonathan Burton, managing director of London Craft Week (which in early October 2021 brought together 452 independent makers from 31 countries, among them Bramble-Carter) suspects the rise in such initiatives is down to dwindling arts courses. “I think that a very narrow curriculum means other creatives are coming together to share their skills in a structured way with their communities,” he says.

The year after Bramble-Carter began her eponymous clay club, Aaron Angell founded Troy Town Art Pottery (which also appeared at London Craft Week) with a pop-up shop at Tristan Hoare Gallery. Based in Hoxton in London, it was the first sculpture-specific ceramics workshop in the UK, and it’s hosted more than 80 artists in residence.

Like Bramble-Carter, Angell was feeling disenchanted with higher education in the arts. “There’s barely any decent formal ceramics education left in this country,” he says. “They’re expensive courses to run, which is of course what makes them so good, but they were one of the first things to go when universities decided that art students should make work without any technical tuition, equipment, or space. I don’t pretend to replace a fully staffed university ceramics course, but to offer something…”

“I can inspire a student, and vice versa. We bounce off each other, we’re growing together”

The price of formal higher education in the arts has skyrocketed in Britain in recent years (up to £9,250), and this summer the UK government confirmed plans to cut funding for art and design courses at universities by 50%. “Clearly there are still extraordinary talents coming through the major courses, but these community projects are a way of tapping into the talent of the very many people who are unable to afford them,” says Burton. “There’s a democratisation that comes from that.” 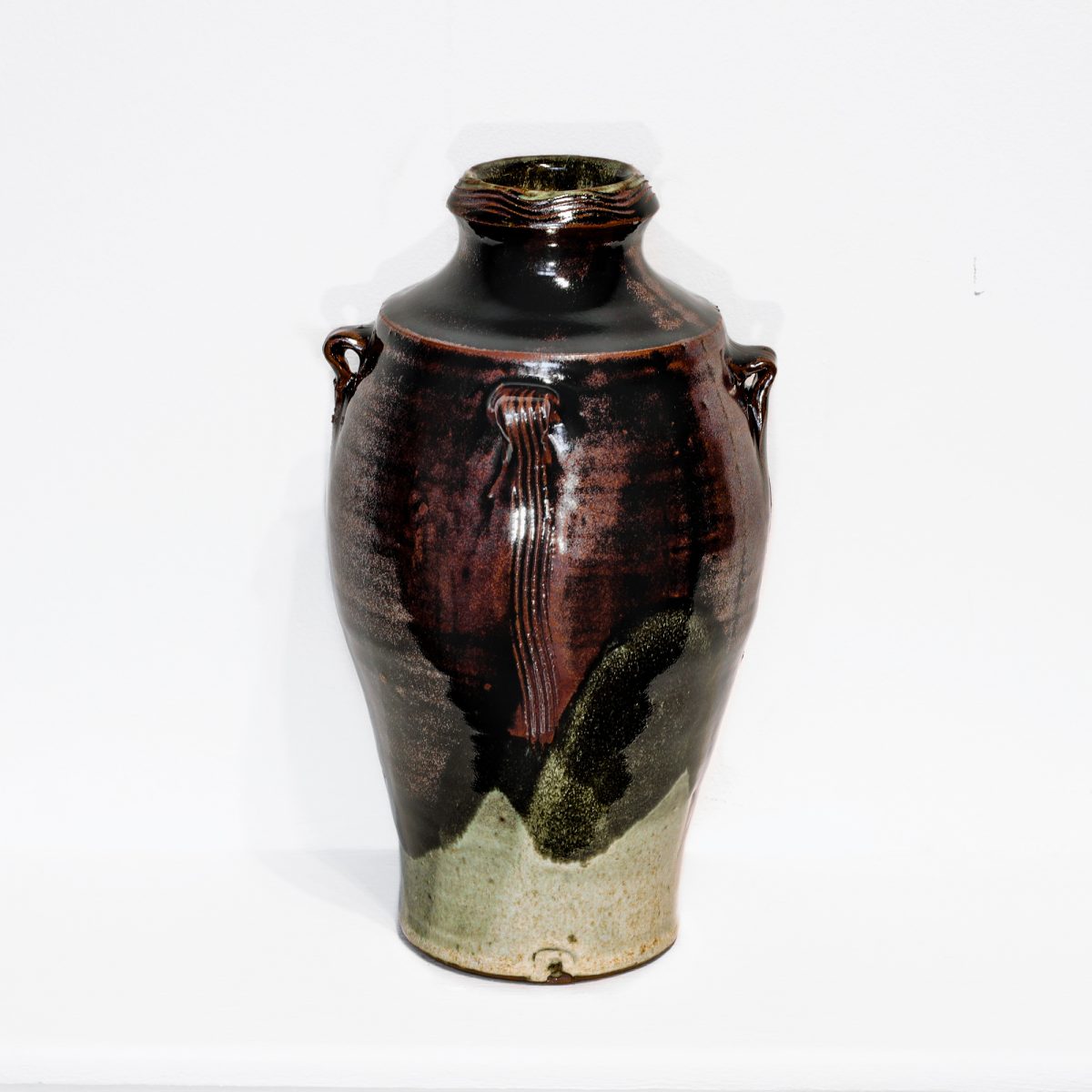 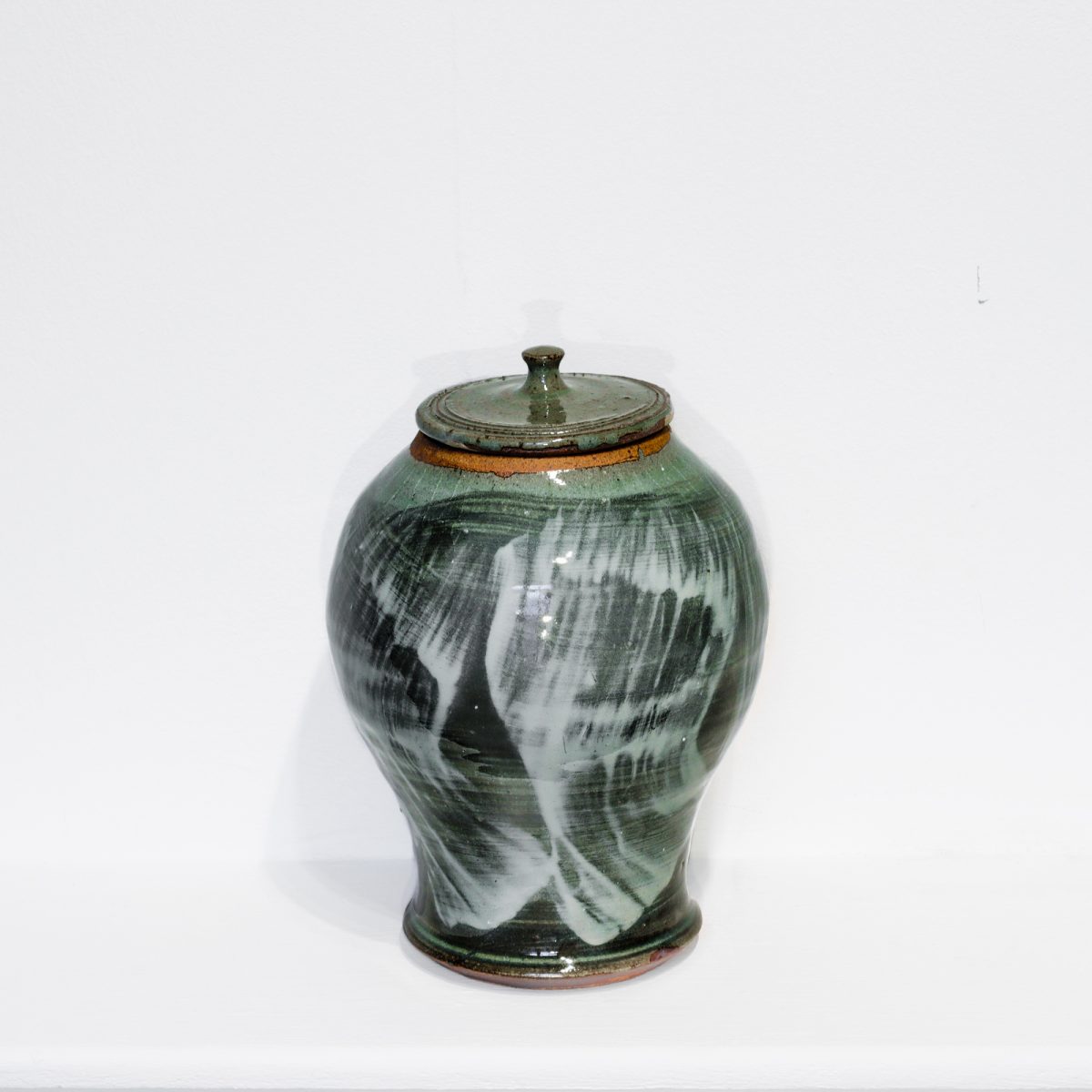 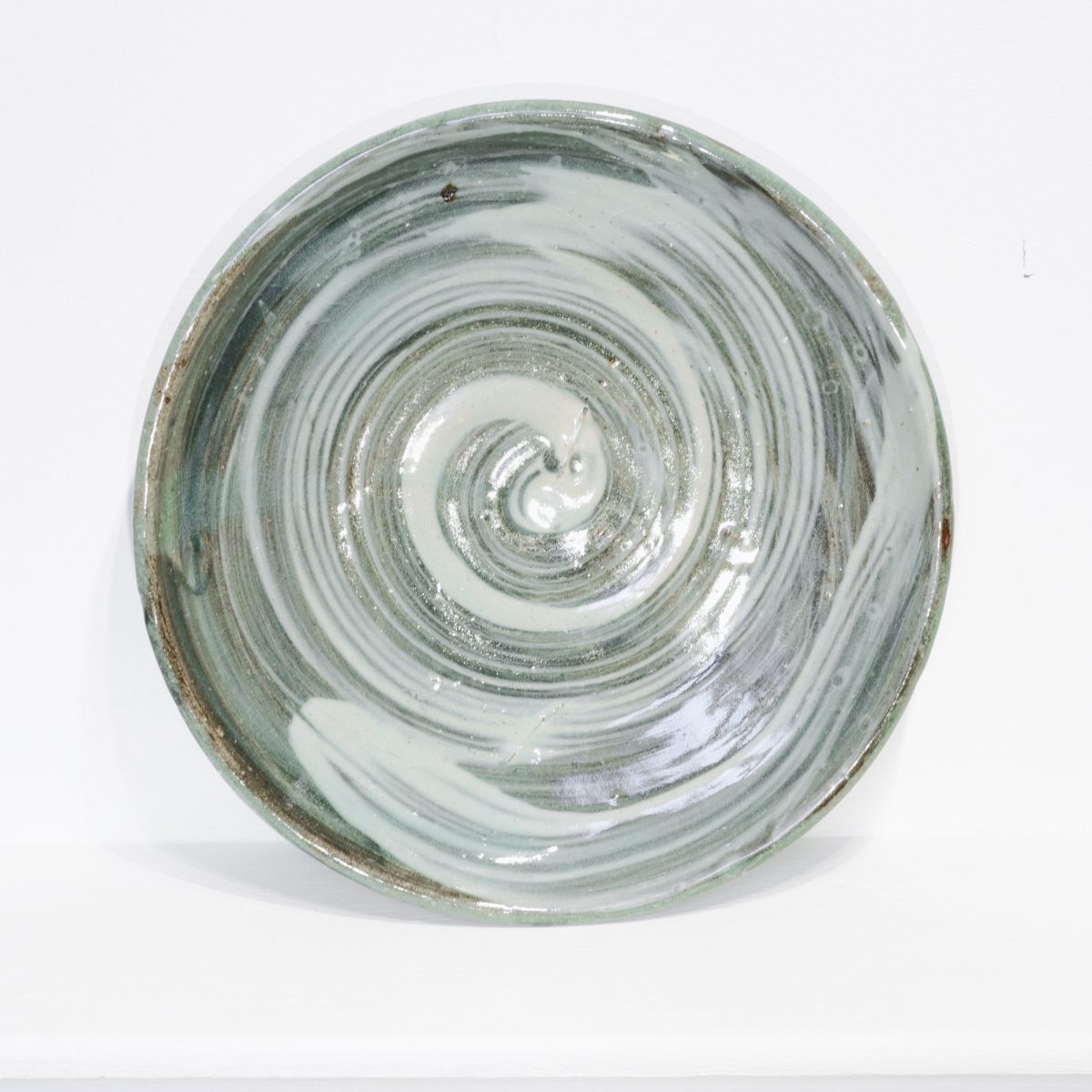 It’s not only through community projects that the current generation of makers are rallying together: it’s also through their own work. Togetherness has always been a rich subject for artists, and the separation we all endured during the pandemic has only made it more attractive. British artist Alma Berrow’s ceramic sculptures of ashtrays filled with cigarette butts, bowls of nuts and pretzels, and fried eggs on a plate are at once playful and poignant. Contained within each porcelain piece is a story that stays with you, snatched moments from fun-filled gatherings.

From intricate ceramic sculptures of food to a feast for the senses. Tasha Marks (the founder of AVM Curiosities) brings people together through works that encourage them to do more than look. As someone with dyslexia, she found it made sense for her to approach stories physically. “For me, taste, scent and sound are storytellers, they’re an avenue for learning but also creativity,” she says. “In the gallery and museum space, adding the senses breaks down boundaries and allows the visitor to feel more at ease and open to ideas and information.’

For London Craft Week, Marks devised a scented installation, soundscape and tour at Two Temple Place. At the beginning of The Cedar & The Sea, she offered each visitor a cocktail, which made the atmosphere less museum, more social gathering; a piece of music made with composer Troy Hewson followed, along with a film produced with Sian Toogood and a briny cedarwood scent created with CPL Aromas. 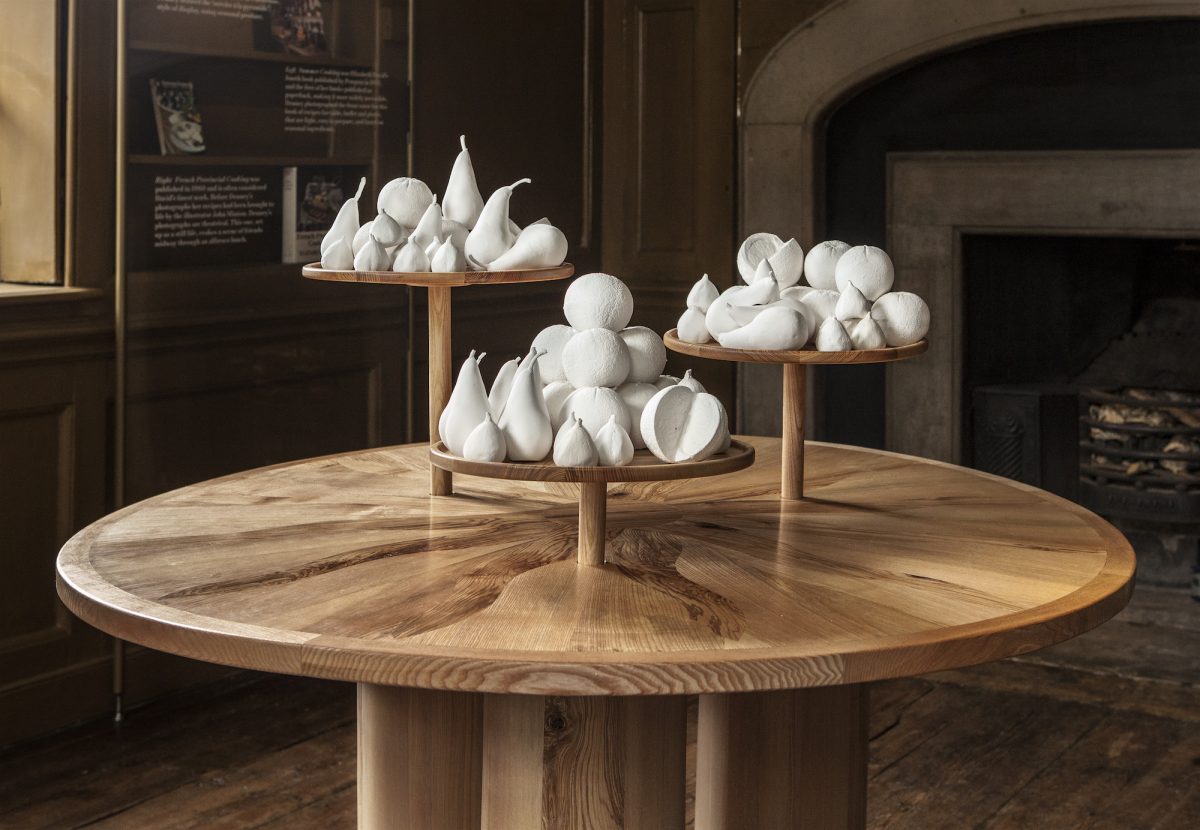 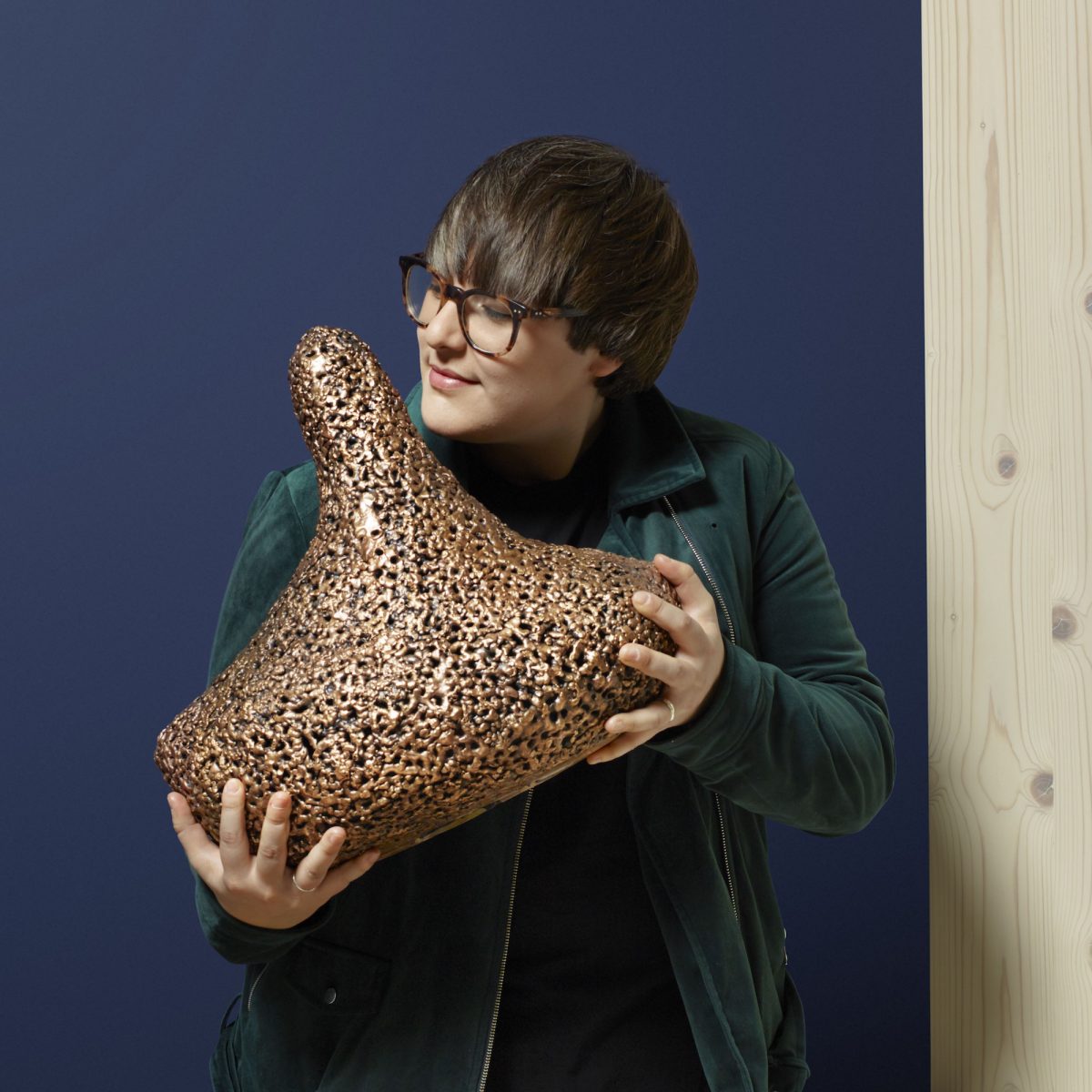 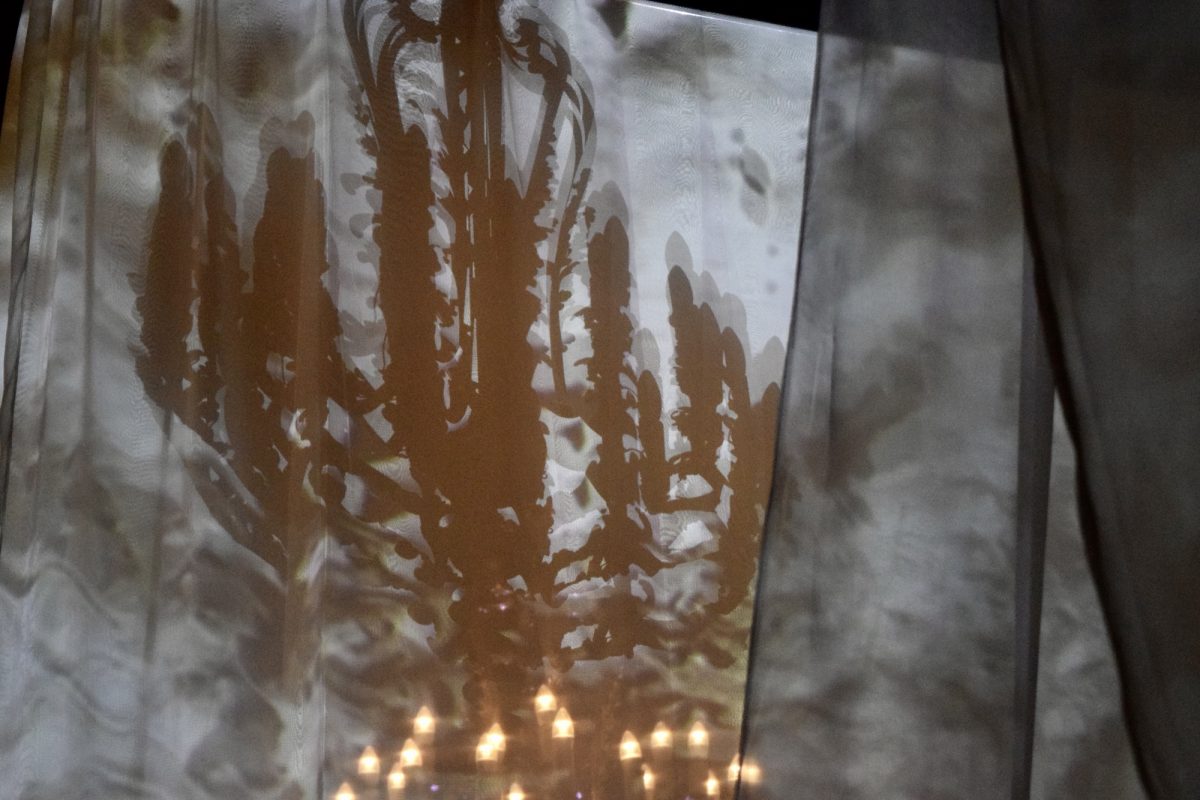 “This is why my practice is called AVM Curiosities and not Tasha Marks,” she says. “I always felt what I wanted to create would be a collaborative process and something that was bigger than just one person. Also working with the senses requires multiple skills.”

While collaborating with others comes naturally to Marks and several of her fellow makers, it’s also demanding of their time and energy. For the first two years after founding her clay club, Bramble-Carter concentrated on exploring the art form and learning how to teach. She was still making her own work, but focused less on her own career progression.

“I was observing my father and how he taught and articulated himself,” she says. More recently, with an abundance of commissions and back-to-back shows, she’s had to block out weeks at a time where she doesn’t host any classes. “My students fully support me, which is the best thing about it,” she adds. “They want me to do well because I’m helping them to do well too. I’m sharing a lot of myself every time I see them.”

In spite of her individual success (or more likely because of it) Freya’s Clay Club is flourishing. She’s currently searching for a bigger studio space, as well as extra teachers. Troy Town Art Pottery is thriving too. Its popularity is in part down to its specialisms: the workshop fires with reduction and generally works in the Anglo-Japanese tradition, which according to Angell isn’t something found in fine art ceramic courses in the UK.

Since 2019, Troy Town has also been the home of Hoxton Gardenware, a not-for-profit social enterprise that provides training and employment for local young residents who want to learn to throw pottery. In collaboration with Create London, an organisation that establishes artist- and community-led schemes across the country, it produces small-batch terracotta pieces inspired by functional British garden pottery.

Each year at London Craft Week, emerging artists are displayed alongside big names, which, Burton says, raises the profile of new makers as well as their price points. “It shows that their work is of the same quality and deserves the same regard,” he adds.

Both Bramble-Carter and Angell are also keen to acknowledge the benefits they gain from working alongside beginners. Troy Town Art Pottery initially came into being because Angell needed a space (“a sort of laboratory”) to produce his own ceramics and develop glazes and clay bodies for sculpture. To this day, as his students solve problems, so does he.

As for Bramble-Carter, she can’t imagine ever not teaching or sharing her skills with others. “If I was in my studio on my own, just making, making, making, it would almost defy the point of why I’m doing it,” she says. “I can inspire a student, and vice versa. We bounce off each other, we’re growing together.”