The shots in Steel Town range from traditional portraits and walk-by shots of suburban housing to hardened images of industry, though veteran photographer Stephen Shore’s work is most evocative when playing with combinations. Smoke billows from distant factory towers with wood-panelled houses in the foreground of one image; three smartly and colourfully-dressed men pose in front of a harsh, eroded metal door in another, the iconography of industrialisation following them like a life-giving aura, only to be ripped away by a rapidly modernising world.

The work was originally commissioned as a photographic report for Fortune Magazine in 1977. Shore travelled westwards from New York state through Pennsylvania to eastern Ohio in search of everyday American life in colour, a formal decision that had already cemented his reputation among the country’s photographic new guard.

Shooting with a 4×5” view camera, Shore worked against a social context of deindustrialisation which in the western world has often been seen as a precursor for uneasy soul searching and political turbulence. His subjects had largely supported the Democrat Jimmy Carter in the election year preceding his visit, but many would switch to back Ronald Reagan in 1980 and 1984, a first taste of the political slipperiness which has been associated with the Rust Belt states in many of the fraught presidential contests that followed. Steel Town shows these citizens long before political narratives had pushed their lives towards awkward caricature. 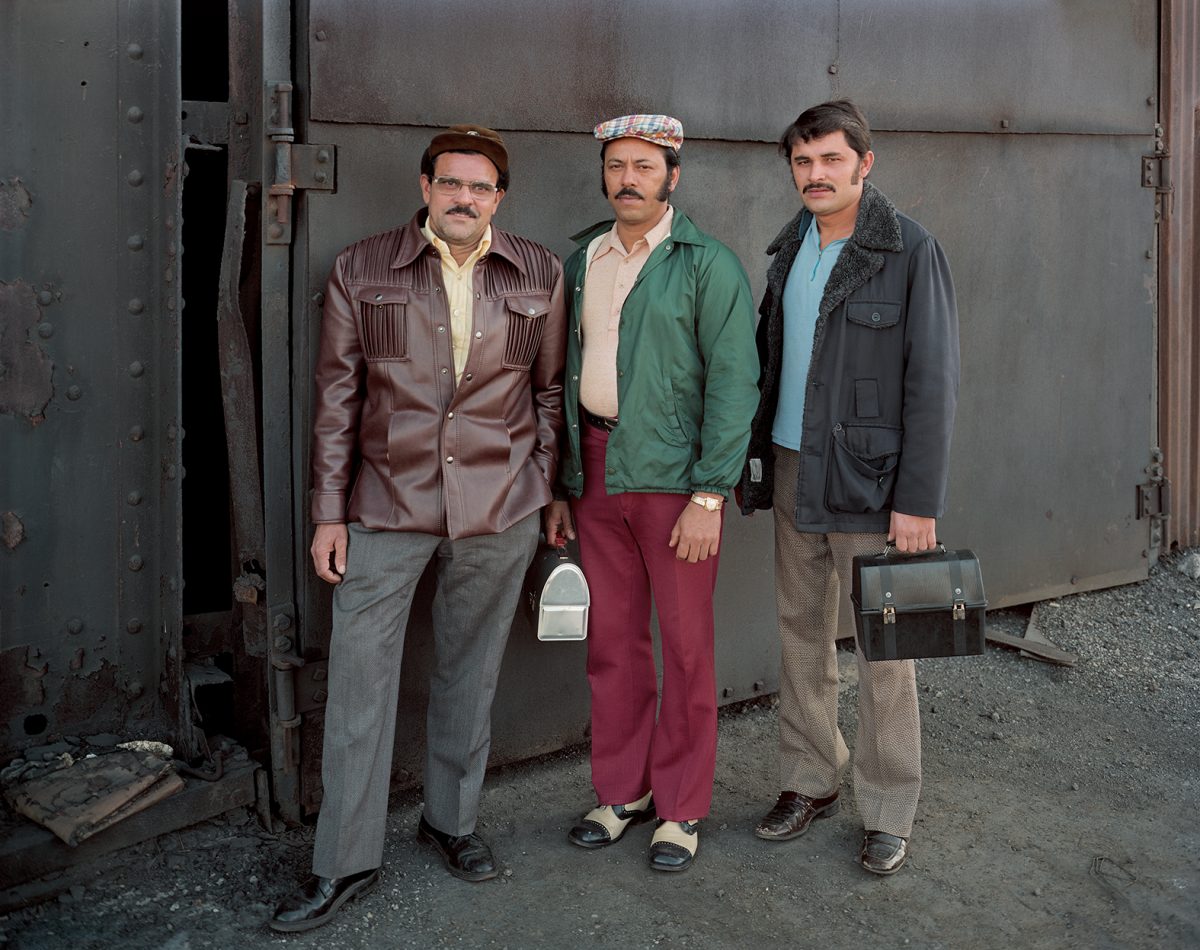 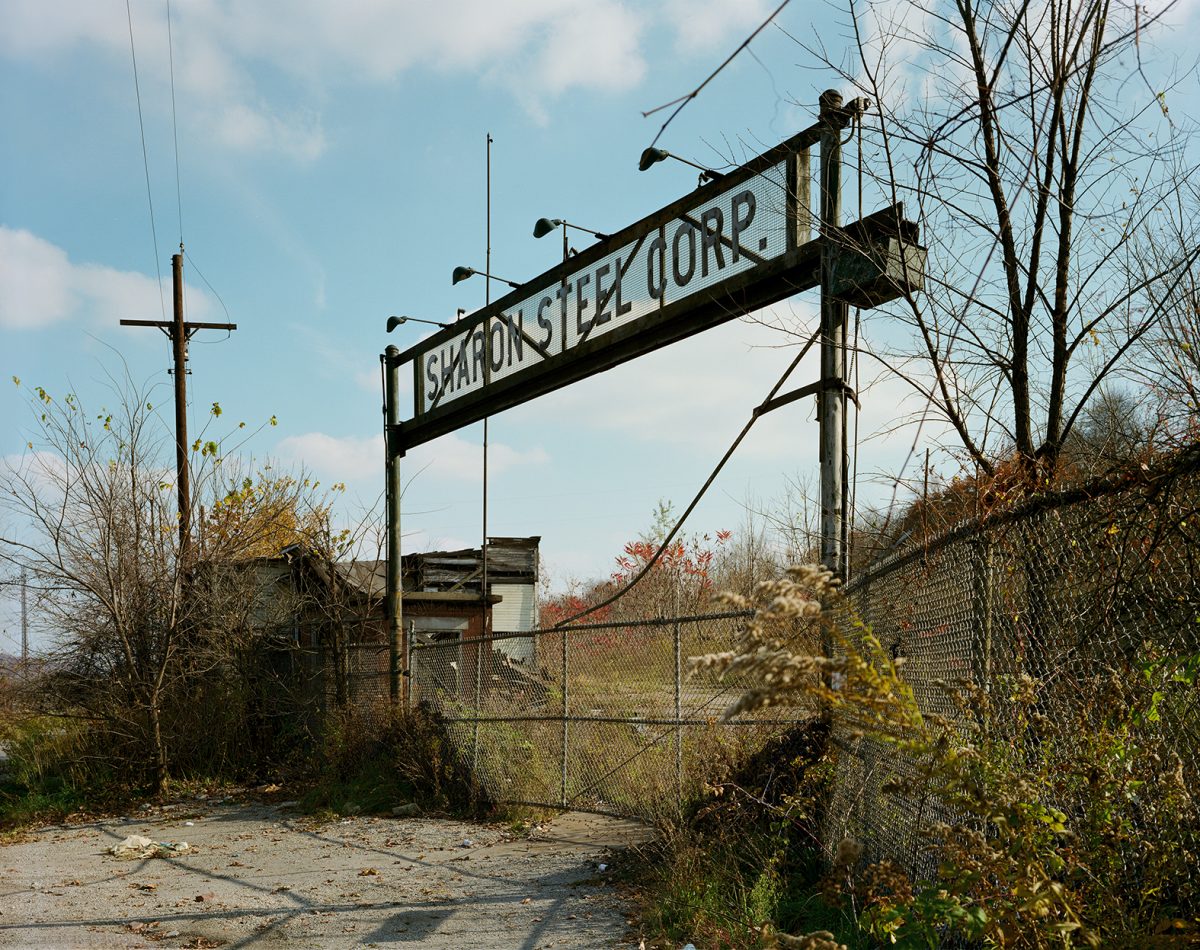 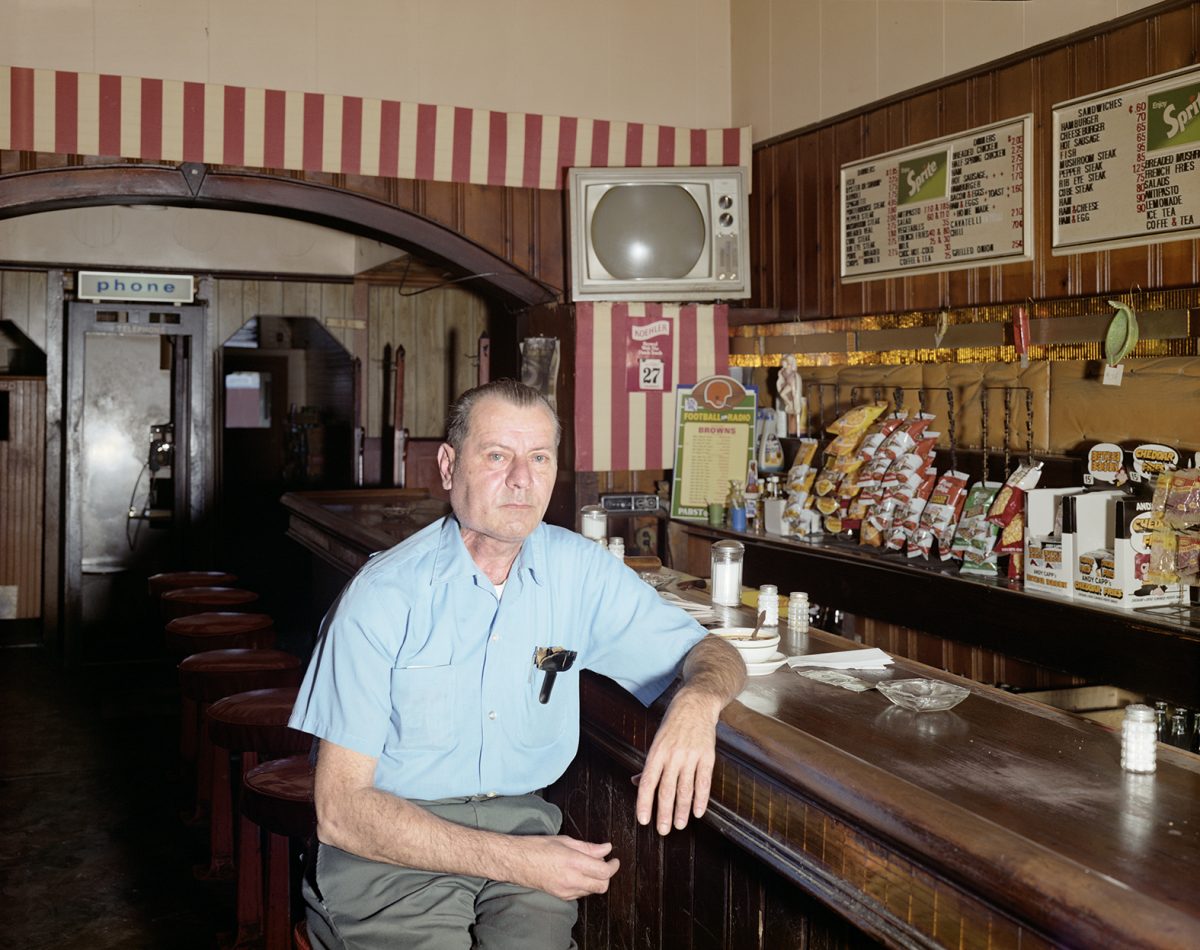 Describing a 1975 image of an El Paso intersection on display in Shore’s 2017 MoMA retrospective, critic Peter Schjeldahl remarked that the scene “feels less to have been discovered by Shore than to have happened to him”, a testament to his non-interventionist style. The domestic scenes have the feeling of him being momentarily invited into people’s houses on a whim, an unforeseen but not unwelcome guest into the lives of middle America. The diners and bars he captures are mostly empty, the television in one blank, as if the subject is the sole patron of a once-bustling institution which stands to become a relic.

The images share the observational quality of Shore’s earlier projects in the 1970s, where he travelled around the USA photographing main streets with the aim of distilling their “quintessential” nature, the basis for his books Uncommon Places (1982) and American Surfaces (1999). In Steel Town, the factories, gates and girders have a sharp, detailed quality against postcard-blue skies, their shadows receding as the country they belong to gradually disappears.

All images courtesy the artist and Mack 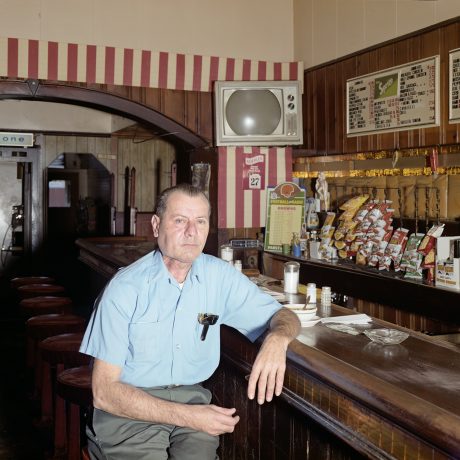