Blood rarely surfaces without ghoulish connotations in contemporary visual culture. In film, it offers the frisson of gore, but it is strangely absent from advertising and holds a fugitive status on Instagram. In art, however, it runs with a much more complex, messy status. Hardly limited to sepulchral associations, blood pulsates with a lively symbolism rooted in ritual and religion, signifying restoration, rebirth and passion. Today, it also bleeds into the contested arenas of gender and race and trickles into urgent debates about violence and disease.

However, the use of the substance as an artistic medium continues to provoke horror and revulsion. Our visceral reactions to artists who work with blood (often labelled as “transgressive” or “controversial”) are revealing of our anxieties about the unsealed body and phobias about mortality. Beyond the outré however, in such works, blood is revealed as a highly-politicized, culturally-coded liquid which runs thick with meaning.

Despite its ubiquity, most would much rather that blood was kept out of sight, and this is especially true of menstrual blood. Many female artists, from Tracey Emin to Christen Clifford, have sought to recalibrate attitudes towards the female body by bringing their periods into their practice. These daring women can trace their lineage back to Judy Chicago who was arguably the first to bring menstrual blood into the art space.

In 1972, Chicago and Miriam Schapiro organised a large-scale installation called Womanhouse which converted a derelict mansion into an environment that laid bare the gendered nature of social spaces. One room, Chicago’s Menstruation Bathroom, contained a bin overflowing with used sanitary products. The work drew attention the marginalization of the menstruating body, which to this day is banished to the privacy of the bathroom, while at the same time, with its bloody tampons spilling disorderly onto the floor, celebrating the recalcitrant female body and its unwillingness to be contained within normative boundaries.

Fluxus artist Carolee Schneemann also railed against notions of menstrual shame by using her period blood to create paintings, regendering the language of modernist art typically associated with male abstract expressionists (think of the ejaculatary gestures of Pollock’s Action Painting). Her 1972 work Blood Work Diary consisted of a series of bloodstained tissues which documented her cycle, a response to a male partner’s disgust to the sight of her menstrual blood. Bodily fluids were potent materials for radical female artists such as Schneemann who sought to subvert the male intellectualism of modern art with more corporeal approaches, as her fellow Fluxus member Shigeko Kubota stated in her Video Poem (1968-76): ‘Man thinks, “I think, therefore I am.”/ I, a woman, feel, “I Bleed, therefore I am.”’ 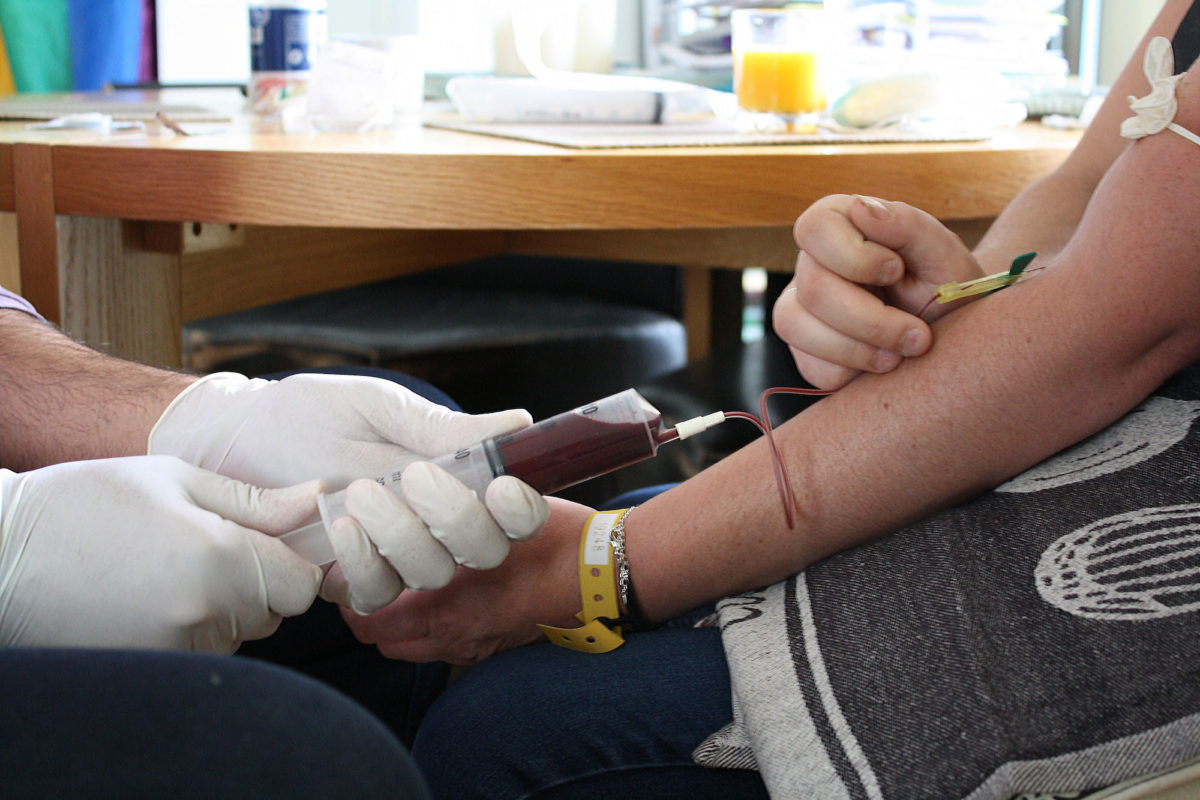 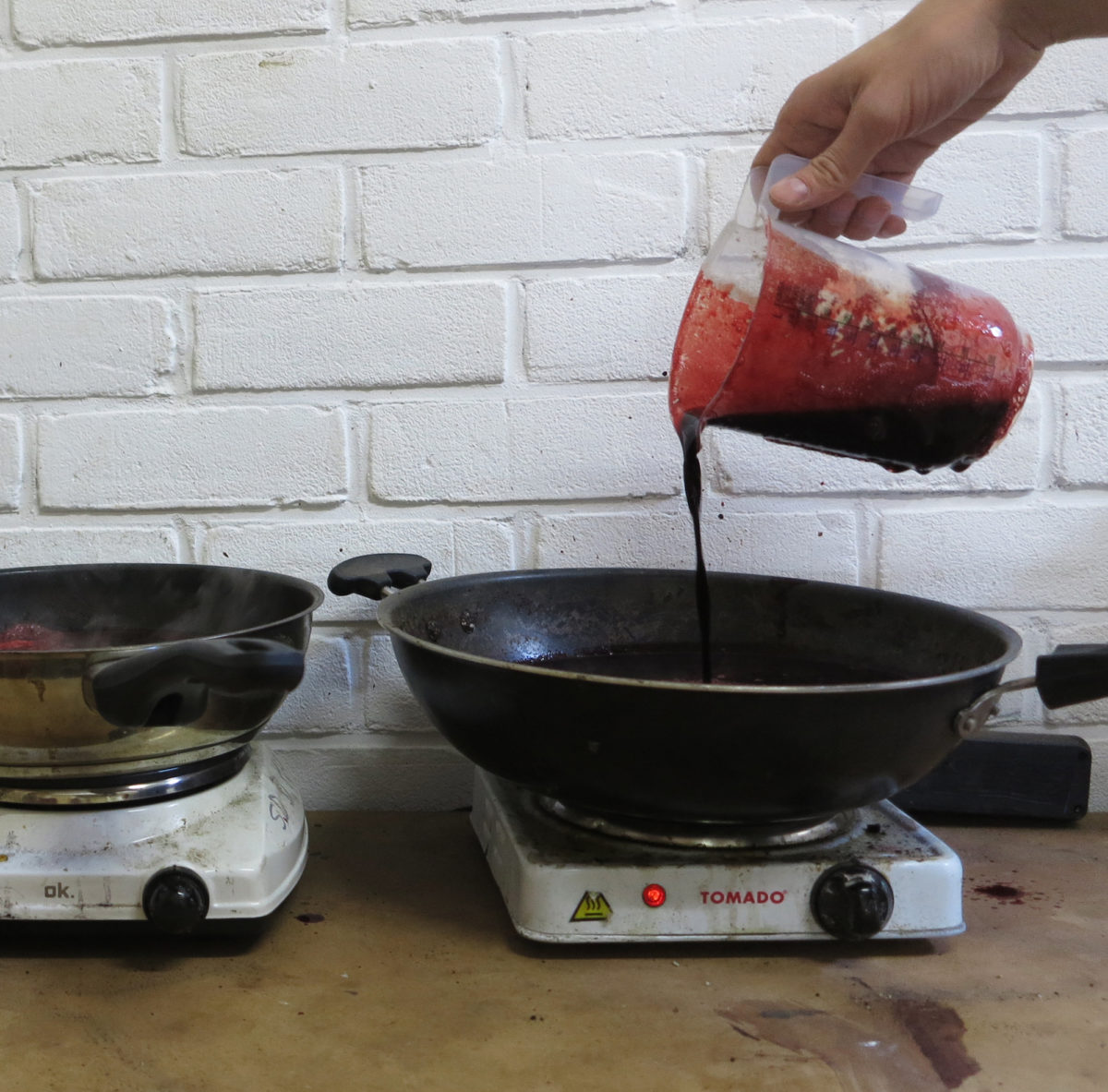 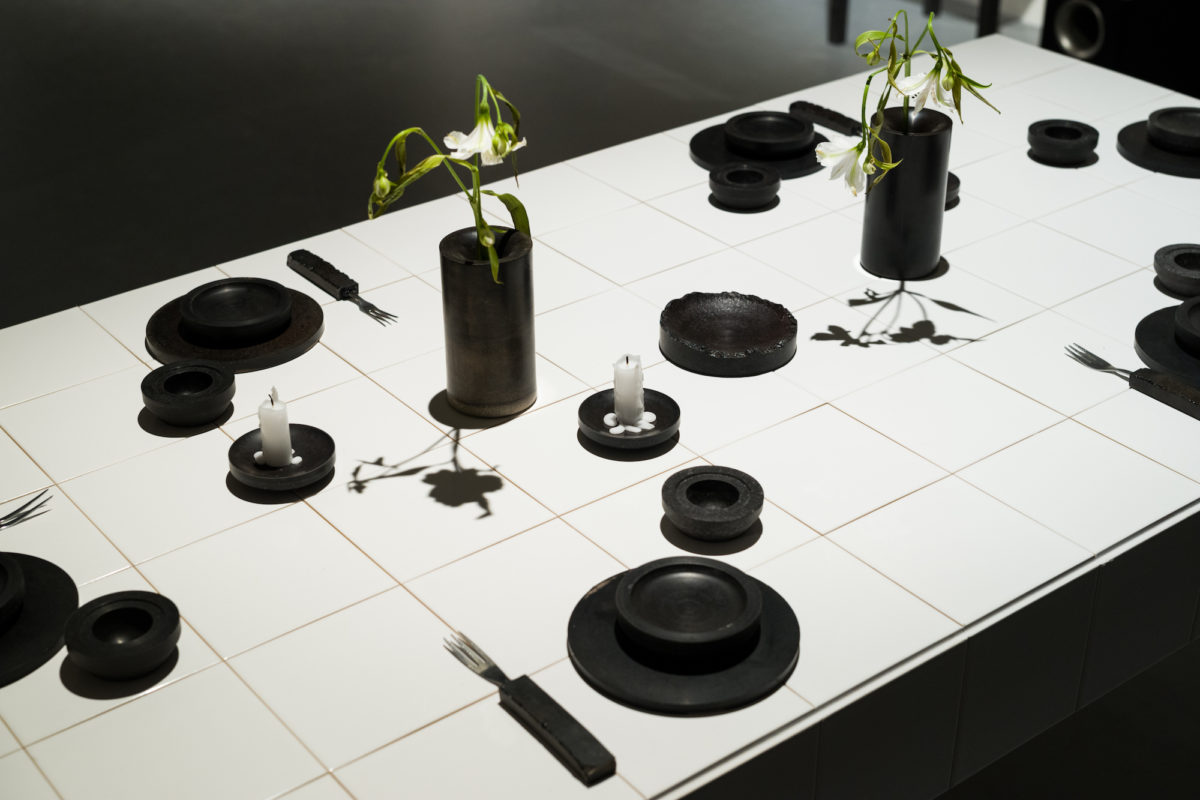 Blood might be transformative and cleansing in religious contexts, but as science developed it evolved from a consecrated substance into a source of repugnance, a signifier for the sick, unruly body. As a potentially-harmful pathogen, there is always an element of risk when artists handle blood. However, many capitalize on this sense of danger by parlaying the threat of contagion into bold political statements. Kiki Smith’s 1986 work Game Time, for instance, consisted of twelve blood-filled jars, particularly poignant during the height of the Aids crisis, who Smith’s sister would succumb to two years later.

“Blood has evolved from a consecrated substance into a source of repugnance, a signifier for the sick, unruly body”

German designer Basse Stittgen operates in a similar vein, challenging ideas about contamination, but also of consumption, through his collection of household objects made out of surplus blood from the meat industry. With their banal appearance, Sittgen’s vases, cups and plates neutralise the threat of blood in a bid to remove the stigma attached to waste materials which are recyclable but often unpalatable to the public. Stittgen then took this concept one step further by using the same process to make objects from HIV positive donors, challenging people to consider whether they would touch or even drink out of such products. For Stittgen, blood is a “storyteller”, a loaded material which creates “awareness for aspects of life that are too often avoided or neglected”. 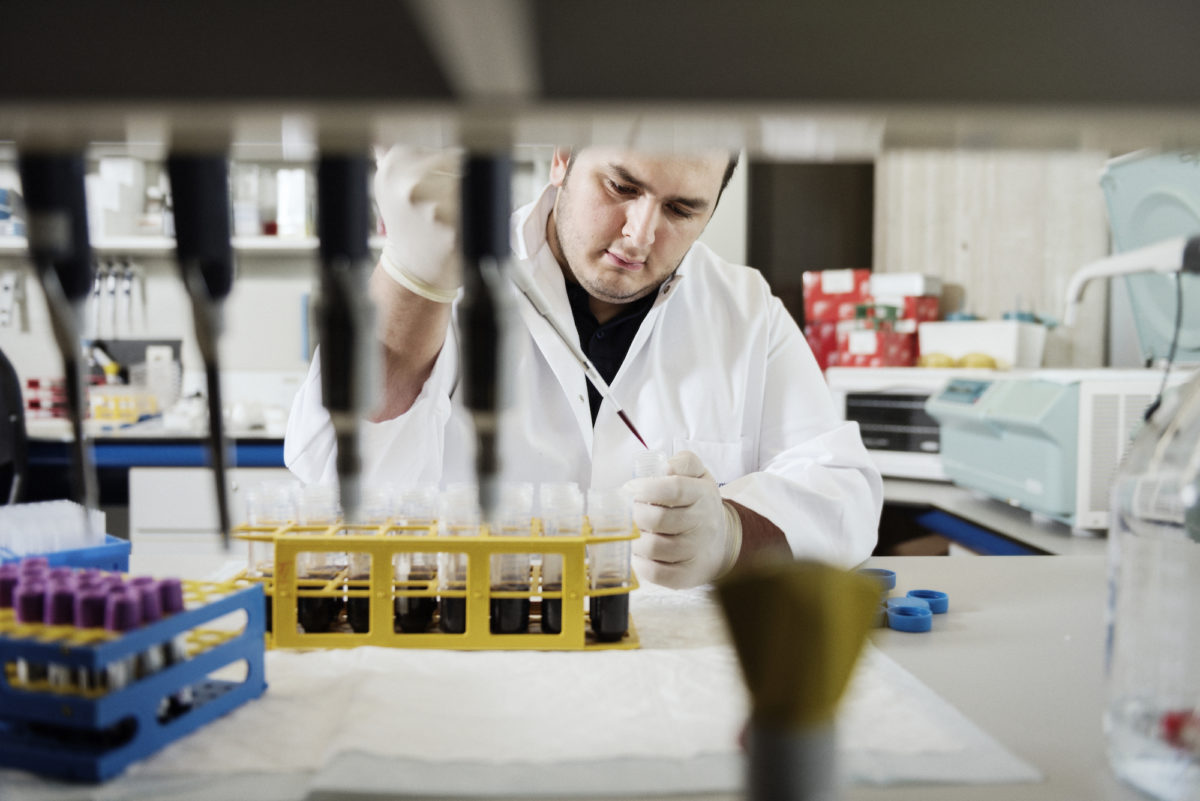 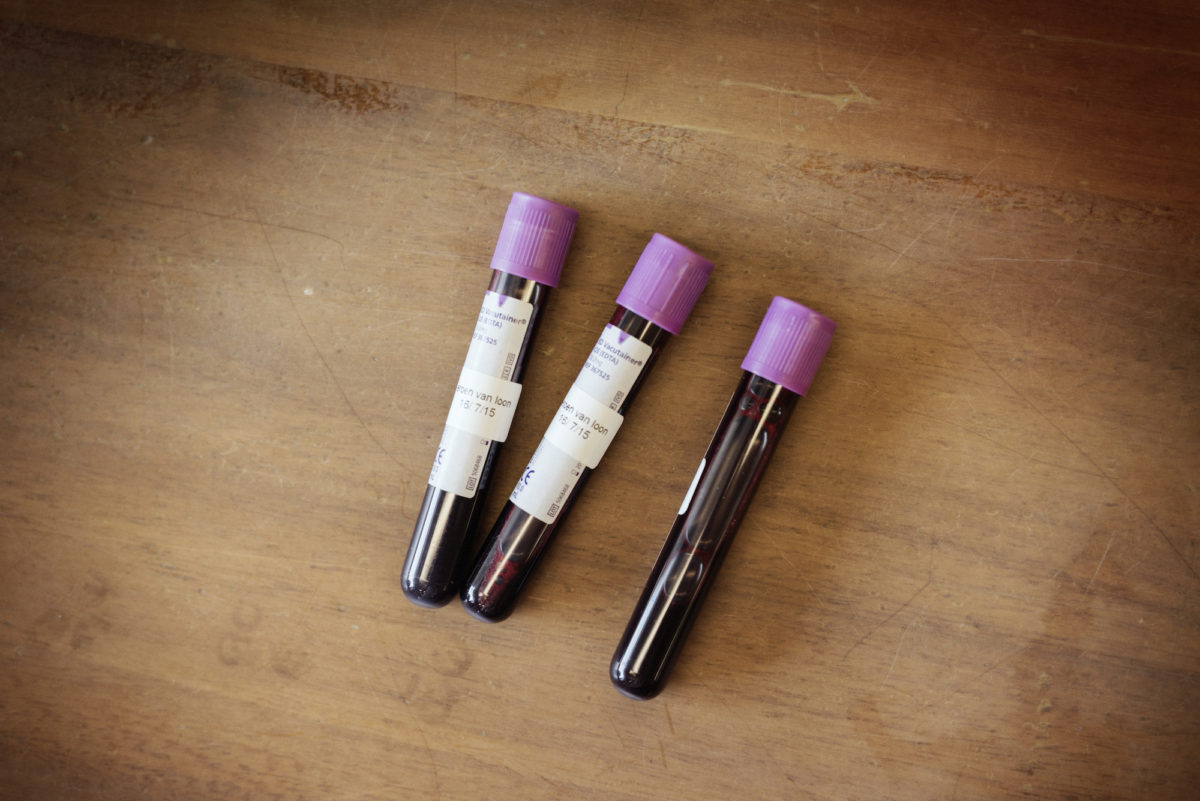 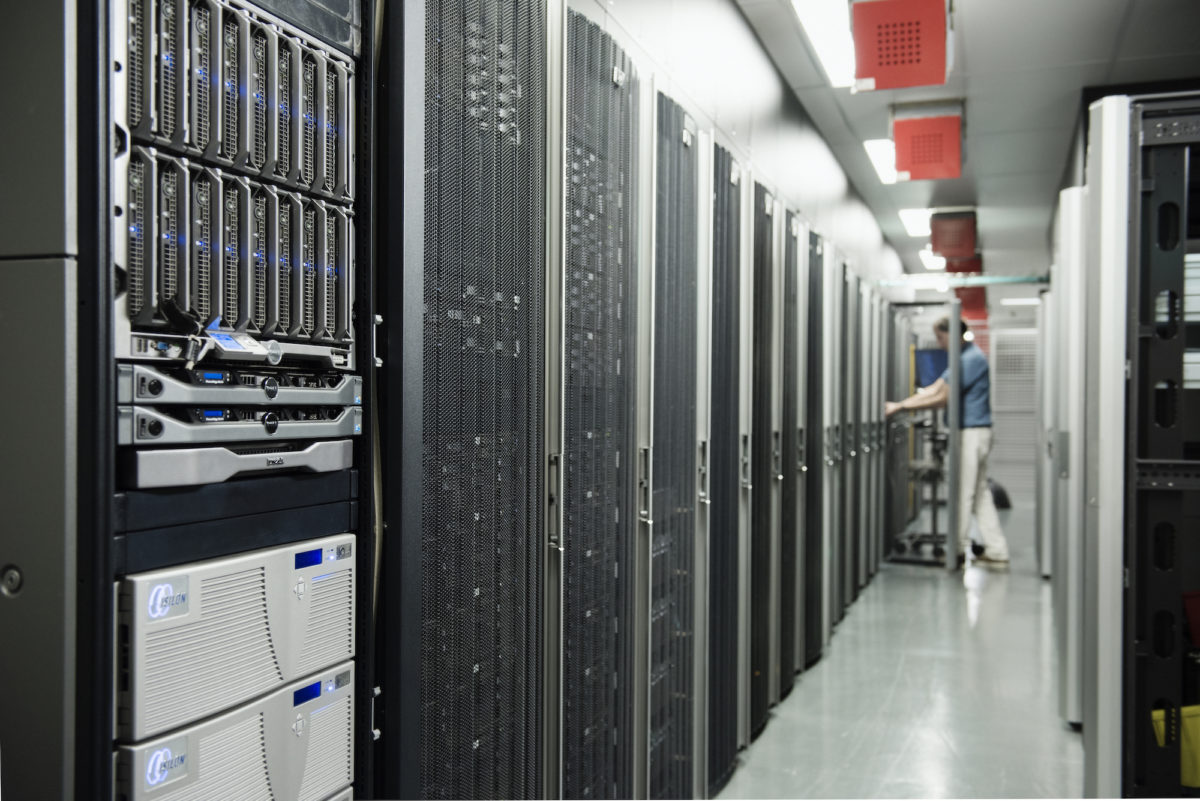 From haemoglobin hierarchies to zero-waste solutions, the number of provocative ways that blood can raise questions of value is seemingly endless, but some see the artistic benefit in probing blood’s profitability as a source of information. Dutch artist Jeroen van Loon converted blood into DNA data in his 2015 work Cellout.me which was then auctioned to the highest bidder. Yet even in this relatively anemic installation, where blood was transmuted into a dull set of numbers, it still manages to gush forth with a stream of implications. As well as raising issues about data privacy, the auction (eventually won by an art foundation), could also be interpreted as a wry metaphor for the vampiric nature of the art market.

Once the squeamishness subsides, it’s not hard to see why so many artists find dipping their pen in red so irresistible. In imaginative contexts, blood is a potent elixir which burns with an agency of its own. It is dripping in emotional entanglements, possessing an uncanny ability to both disrupt convention and bind together a range of cultural references stretching far beyond pulp horror cinema or Hitchcockian bathtubs. These works might not be for the faint-hearted, but what’s the point of art, after all, if it doesn’t challenge our sense of self.