Heavy bass frequencies ripple through the air; figures in sharply expressive pentagonal masks appear amidst the densely packed throngs of dancers; Bahian guitar riffs ring out; there are rumbles and roars of approval. This is modern sound system culture, BaianaSystem style. The outfit—hailing from Salvador, the capital of the state of Bahia in northeastern Brazil—meld inspiration from Jamaican dancehall and dub roots, alongside the febrile Afro-Latin heritage of their own city, and some smart social commentary. As visual designer and founding member Filipe Cartaxo explains, an audio-visual meltdown originally sparked BaianaSystem’s formation in 2009.

“‘Baiana’ (Bahian) represents tradition and ‘System’ (sound system) translates that into this new format,” says Cartaxo. “BaianaSystem was founded in the age of the internet, of digital music. Our audience was built through digital communication. We needed a language, a code that could communicate far and wide—our code is rooted in the local and speaks to the global. So visual communication has always been present in our work—as a way to transmit and translate certain elements of our sound.”

Cartaxo dreams up BaianaSystem’s visions alongside bandmates Roberto Barreto (playing the distinctive, diminutive yet mighty guitarra baiana—a regional instrument stemming from 1940s carnival roots), mellow-toned vocalist Russo Passopusso, and bassist SekoBass, with a lively array of collaborators on percussion, decks and more. While the collective have been earning serious international props for their “multimedia concept”, their energy is essentially fuelled by Bahian culture, and their varied backgrounds combine academic studies (fine arts and filmmaking in Cartaxo’s case) and street arts; it makes for vibes and visuals that are captivatingly spirited and hauntingly spiritual, all at once.

“Various symbols and signs are intrinsic to our imagination,” explains Cartaxo. “They carry the sense of something familiar, something that goes back generations, something that has been seen before. Those symbols reside in our visual memory.

“The blocos afro and the samba-reggae blocos [street bands] that are a constant presence in Bahia are the true culture and aesthetic of carnival and street festivals. Each bloco has its own identifying colours. Some are part of our chromatic memory. The colours help to identify the blocos when you’re in huge crowds of people. I see this as related to identity, flags, with the colours of a nation.

“‘The mask is our link, the common ground amongst all our differences’”

The BaianaSystem mask came out of us realizing that we needed to personify a collective self among us. The mask is our link, the common ground amongst all our differences. The mask came out of the combination of new forms, out of our search for synthesis, seeking something that would be immediately recognizable. It also has its origins in the masks that carnival characters wear at street festivals.”

The unmistakable masks are handed out to “connect” crowds at BaianaSystem’s live sets (Cartaxo recalls fans at a China gig clamouring to wear them). The band’s blue and white palette also summons Iemanja, the Afro-Brazilian goddess of the sea and motherhood, who holds particularly sacred status in Bahia. Such varied elements are fused to powerful effect in tracks and videos including Invisivel (where the video evokes religious ritual, while the conscious lyrics highlight those rendered “invisible” in modern society) and the irrepressible Playsom (which scored BaianaSystem a further buzz through its inclusion on the FIFA 2016 video game soundtrack. They also amplify the global force of soundsystem culture on Capim Guine, featuring a vivacious guest turn from Angolan kuduro star Titica.

The multimedia dynamic is also woven into their raucous live performances, through textile designs and VJ projections; Cartaxo also mentions plans for a DIY print publication. Their latest transatlantic gigs should be a feverish experience, if their hometown shows are anything to go by:

“We went to have a chat with the military police ahead of our carnival shows this year,” recalls Bareto. “We had to explain that our crowd goes pretty wild when we play… to them it might look like a riot, but it’s just that people dance like crazy.”

“‘We had to explain that our crowd goes pretty wild when we play… to [the police] it might look like a riot, but it’s just that people dance like crazy. ’”

Still, as Cartaxo adds, there is serenity at the heart of the creative storm: “I remember a really magical moment when an enormous circle of people opened up in the audience and in the middle was this little girl up on her dad’s shoulders,” says Cartaxo. “She had a super happy expression on her face, and she was wearing huge headphones—to protect her ears from the heavy frequencies. She just looked so calm in the midst of all that energy, like she understood what was going on all around her and she connected to it.” 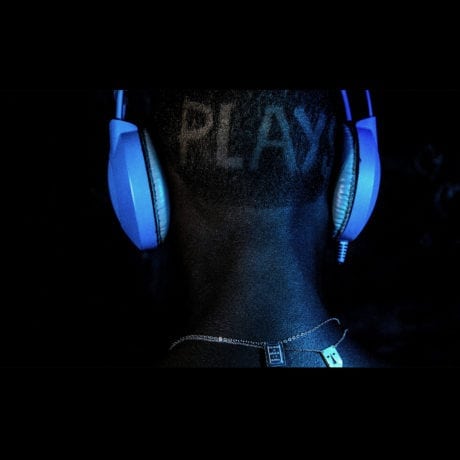