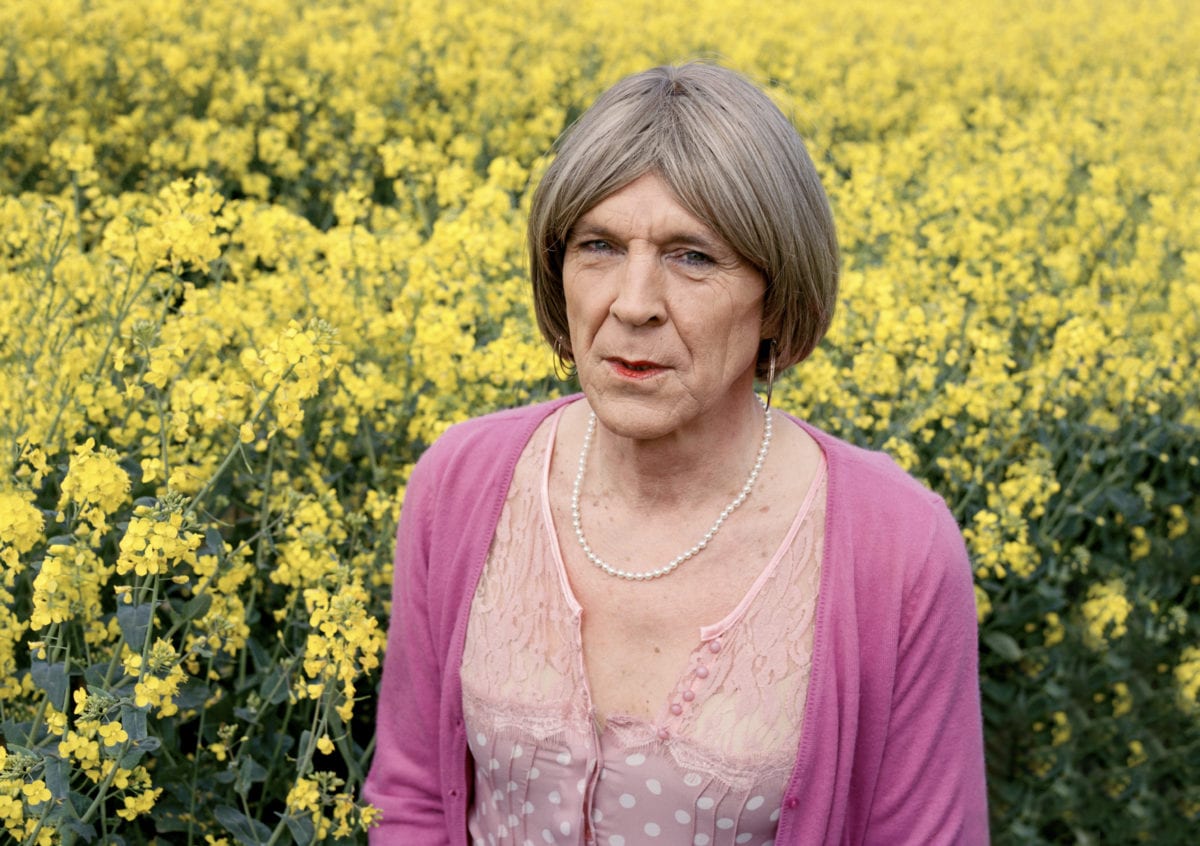 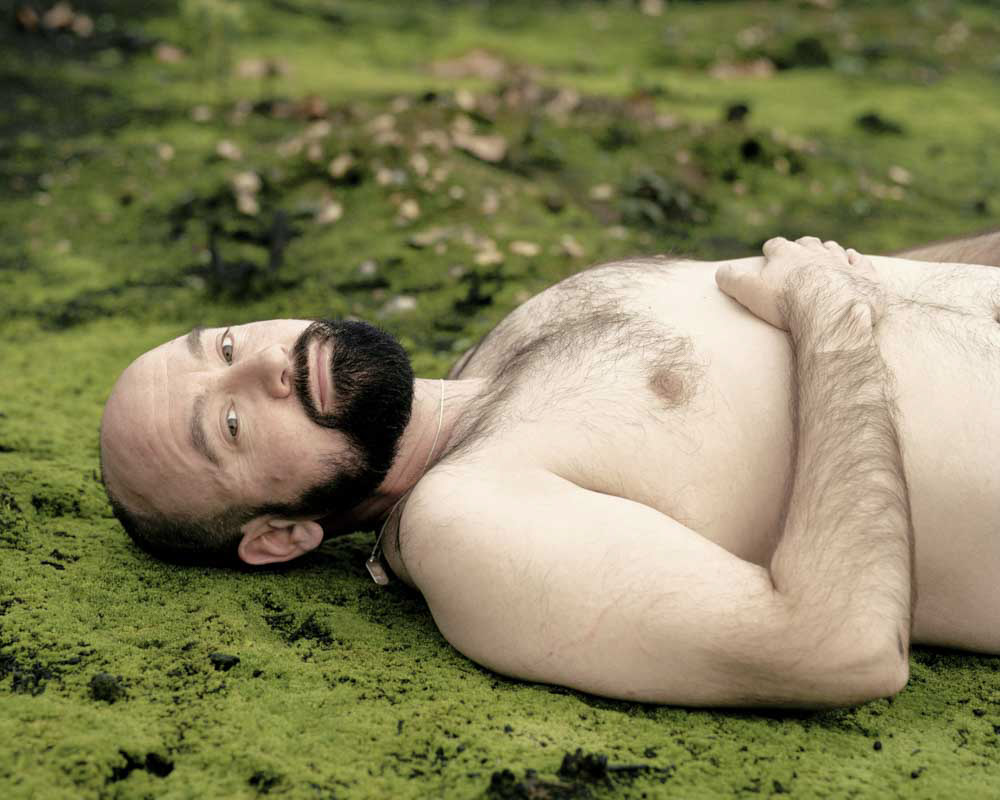 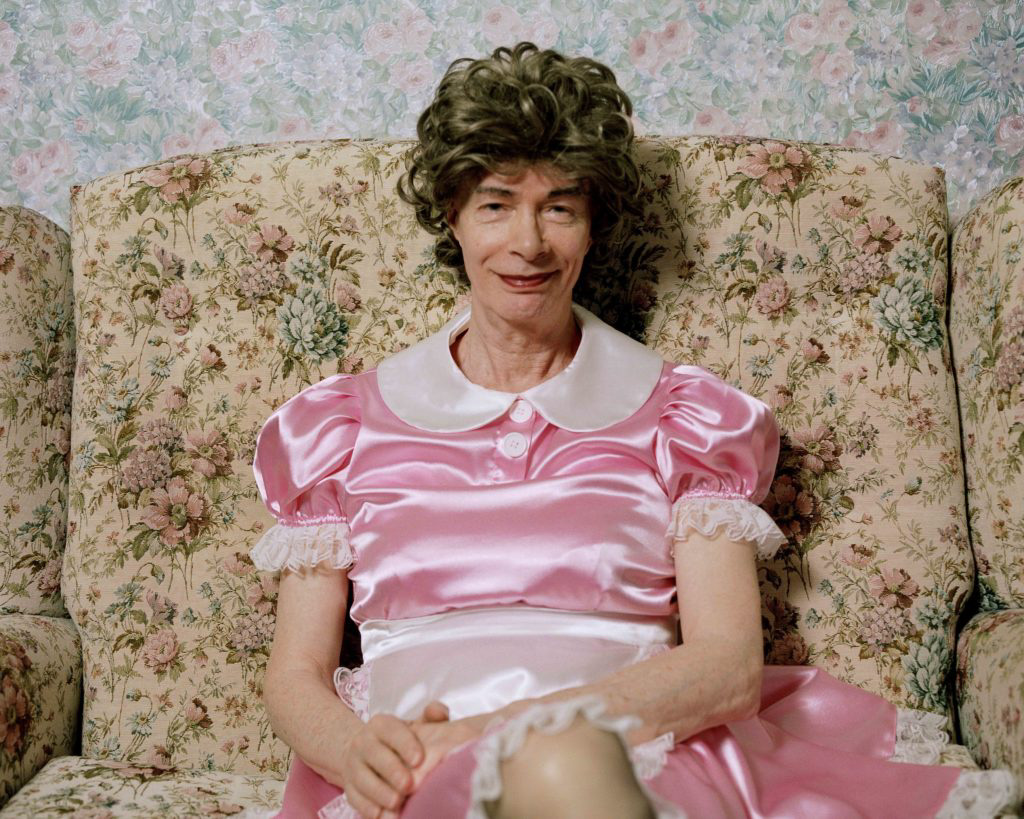 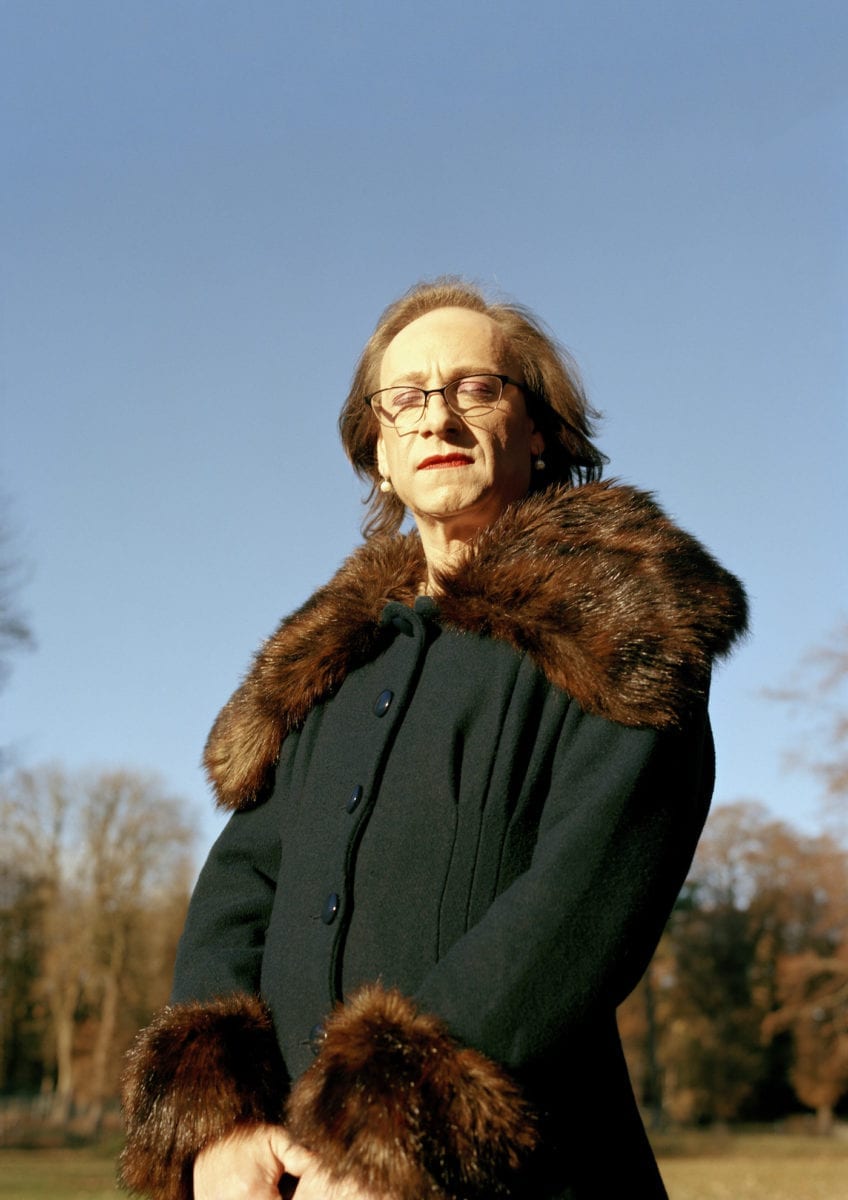 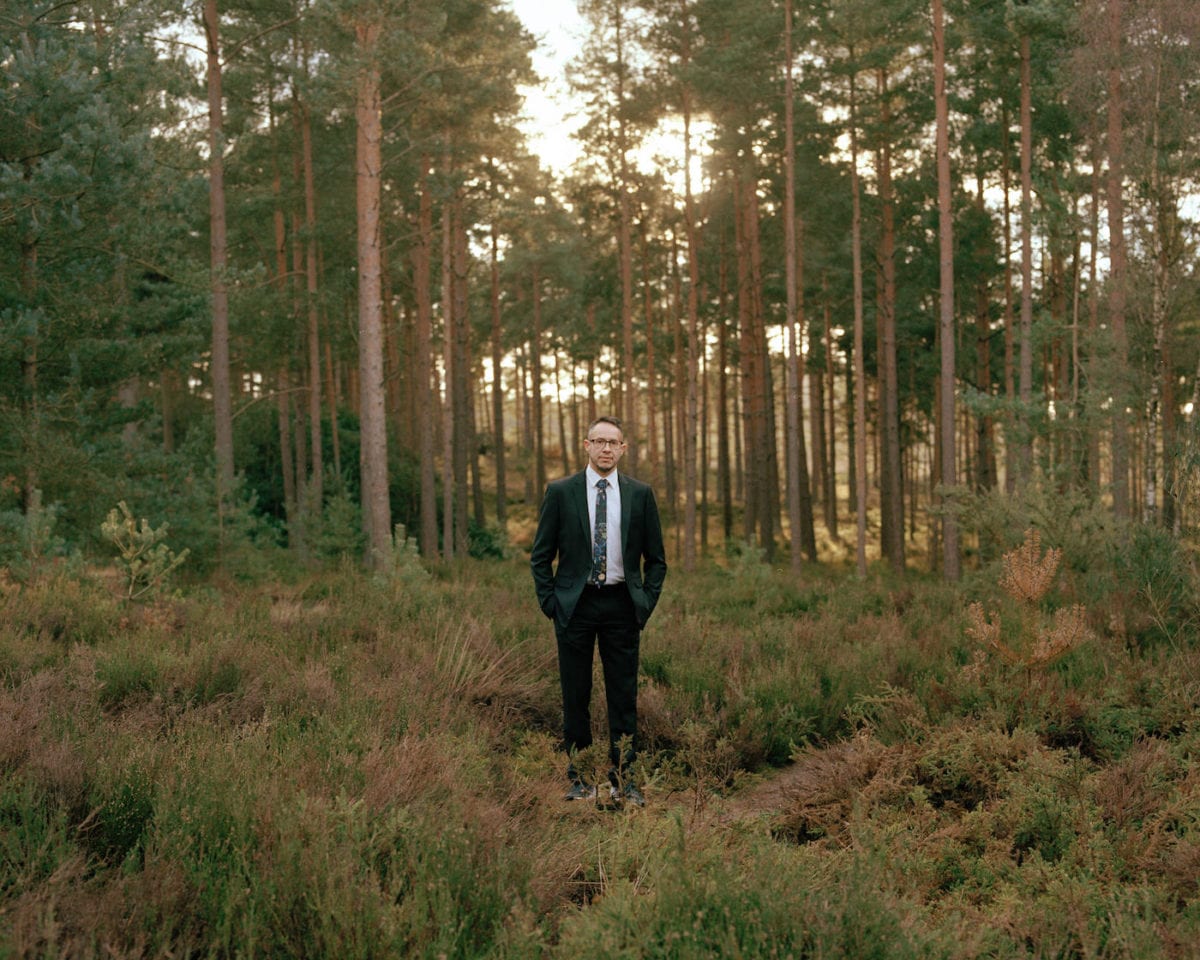 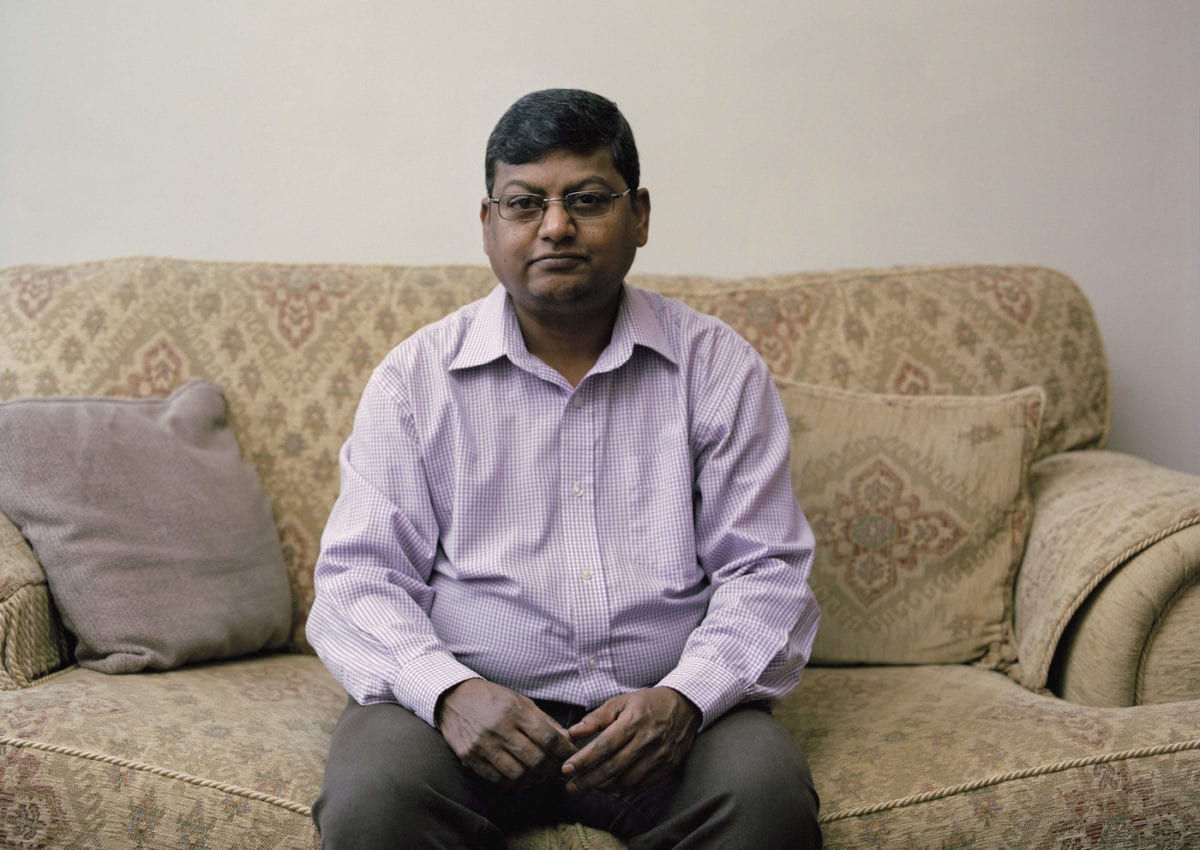 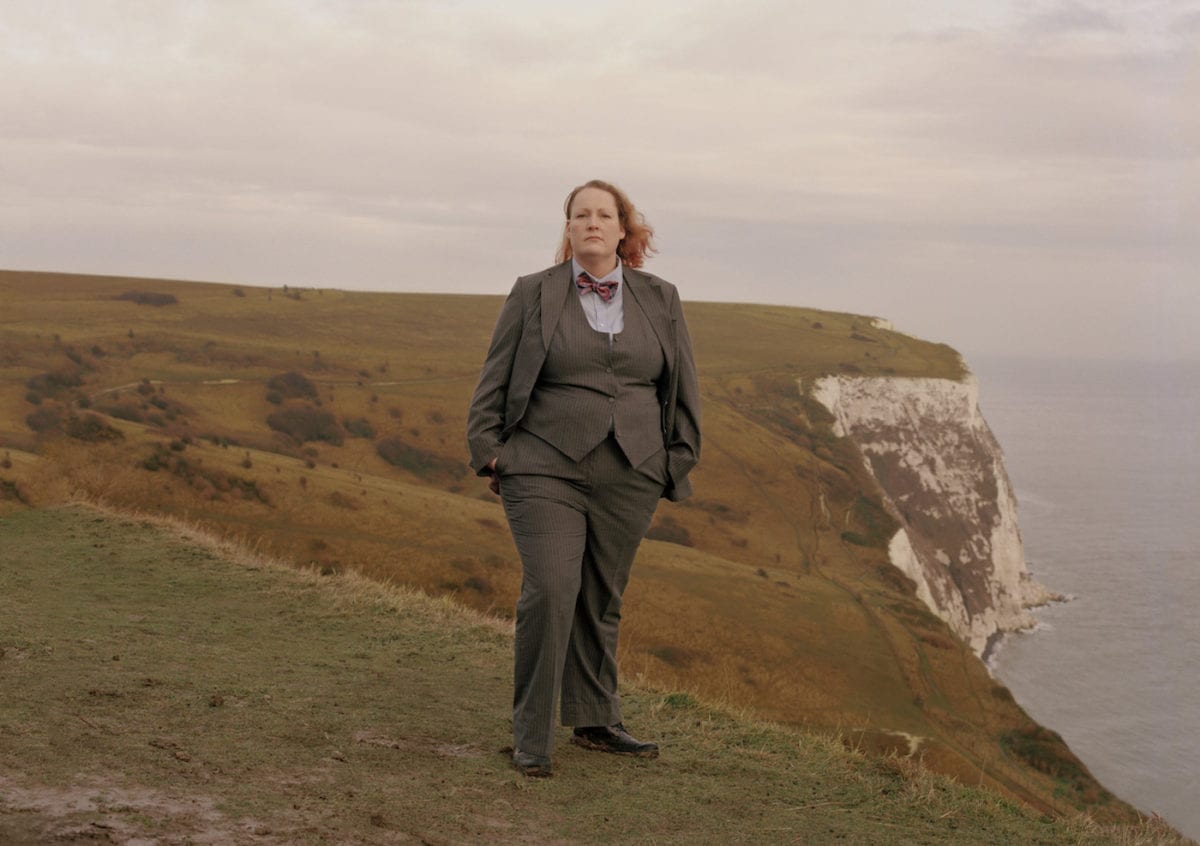 “I’ve always known that I was uncomfortable with my gender but it’s only been in the past two years I’ve had words to describe how I feel,” says Zoe, forty-two. Zoe identifies as non-binary, and growing up in rural Wales in the eighties and nineties, there was little understanding of gender fluidity. Zoe now lives as part of a small community of queer families not far from where they grew up, and works for the NHS. They hope to retrain in counselling to be able to help gender and sexual minorities in the future.

Photographer and filmmaker Bex Day, whose background is in journalism, has shot campaigns for major fashion brands including Stella McCartney and Topshop. She took Zoe’s portrait at the White Cliffs of Dover, an iconic British location that was symbolic for Zoe. Being there, they explain “made me reflect on the journey I’ve taken in terms of my identity and self acceptance and how far I’ve come”.

“When we arrived, the last bits of melted snow had made the chalk soil heavy, clinging to my boots in huge sods. We had to improvize to get the clumps off so I looked presentable, but in the photo, I hope a little bit is visible if you look closely, as evidence of the effort I’d made to get there.”

The portrait is one of thirty Day took across the UK of the older transgender and non-binary community for her latest project, Hen, which will be presented at Herrick Gallery from April 1 to 7 (in a show curated by Sandrine Servent, Mina Raven and co-curated by William Esdale, BKN), alongside a film Day co-directed with Luke Sullivan. In Day’s unprecedented document, she focuses on those over forty. “I noticed there were far more youth focused news stories about transgender individuals and a lack of older transgender people in the media and I wanted to give them a voice and a legacy,” Day explains. “It was clear to me that there is nowhere near enough recognition of their stories and past, which in turn, I think, will help to benefit the younger transgender community and hopefully provide a safe space for them to interact.”

Day’s own experiences growing up, and her battle to overcome OCD, informed her interest in gender and identity that have been persistent topics throughout her work to date, leading her to research binary language, and the discussion of gender in the writings of the likes of Judith Butler to Foucault. The title of the series highlights the Swedish gender neutral pronoun, for which there is no equivalent in English.

Irene, now seventy-three, is one of the oldest subjects Day photographed, in her living room at home in Orpington. She came out ten years ago, after she’d retired, and is now writing her own psychoanalysis. “There is no specific formula to live as an ‘individual’ whether you are transgender, gay, lesbian, bisexual, heterosexual, we are all the same. If we accept that as people and as a society we are equal, we will certainly improve our tolerance and acceptance of others and ourselves.” Day reflects. “I think gender inequality in itself creates more emphasis on gender binaries; once equality comes then I believe gender will have far less weight,” she adds. “Action and transformation is key, and hopefully Hen helps to encourage this.”

From 1 to 7 April at Herrick Gallery, London 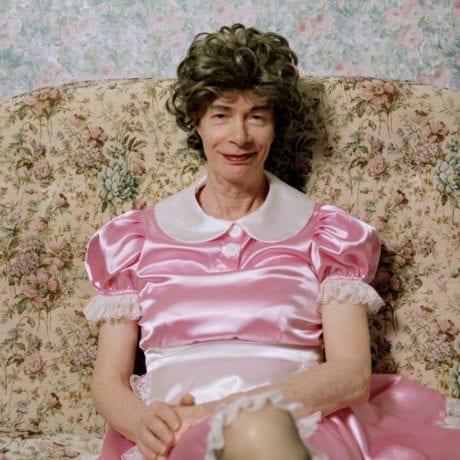