I associate comics with a certain sense of isolation. Maybe it’s to do with days spent reading Ghost World in my bedroom as a teenager, being defiantly alone, attempting to absorb the jaded humour of Enid and Rebecca. Or maybe the stack of Beanos kept under my childhood bed; a newsprint escape after a day at school. Would comics be flourishing while people were stuck inside?

I decided to speak to some people who actually know the score. Breakdown Press are the maverick independent publishers behind an array of beautifully colourful, and often hilarious comics. In 2014 they set up Safari Festival, which gathered small presses and publishers from across the world in a flurry of cartoon-oriented activity.

I chatted with Tom, Joe and Simon from Breakdown about the ever-changing comics world, and how it’s coping under lockdown.

How did you all come to comics, and how did you come together?

Simon: It’s two separate but intersecting stories that came together, but essentially Tom and I were working at Gosh! Comics in London and we met Joe there.

Joe: I was going to chat people up. I didn’t know anyone that was interested in comics in the same way as I was, so I used to go around comic shops trying to meet people that were.

“We were using a bunch of colours, and it looked different from most of the stuff people were self-publishing at the time”

Simon: Joe’s book, Windowpane, was our first, and it was named Book of the Fair at Brooklyn Comic and Graphics Festival. 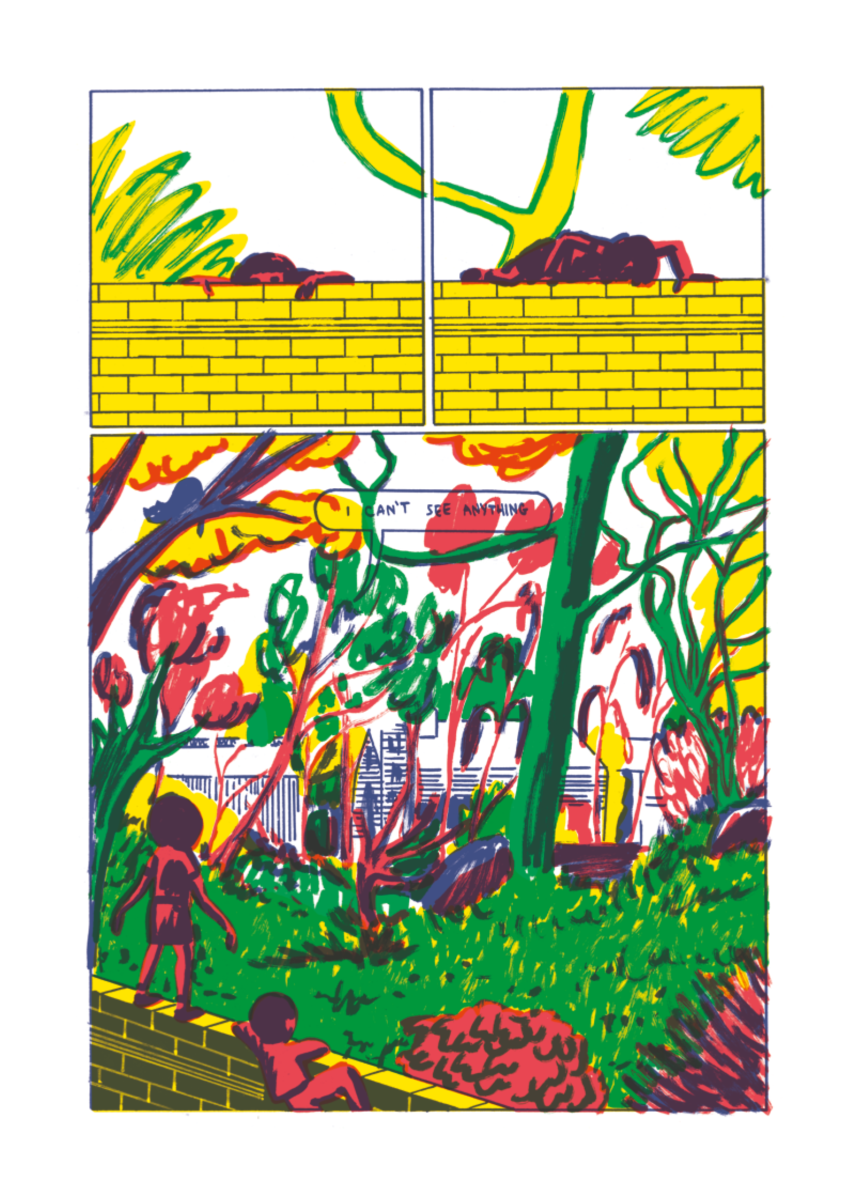 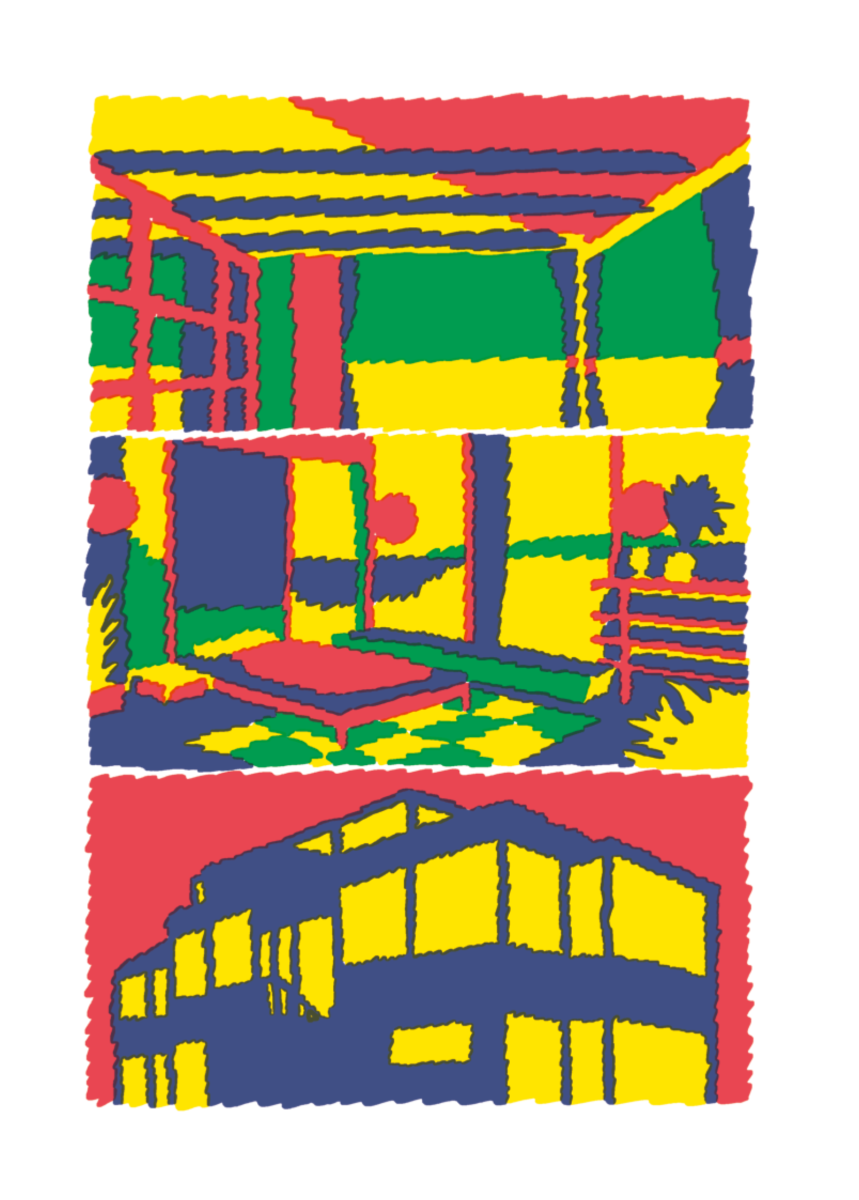 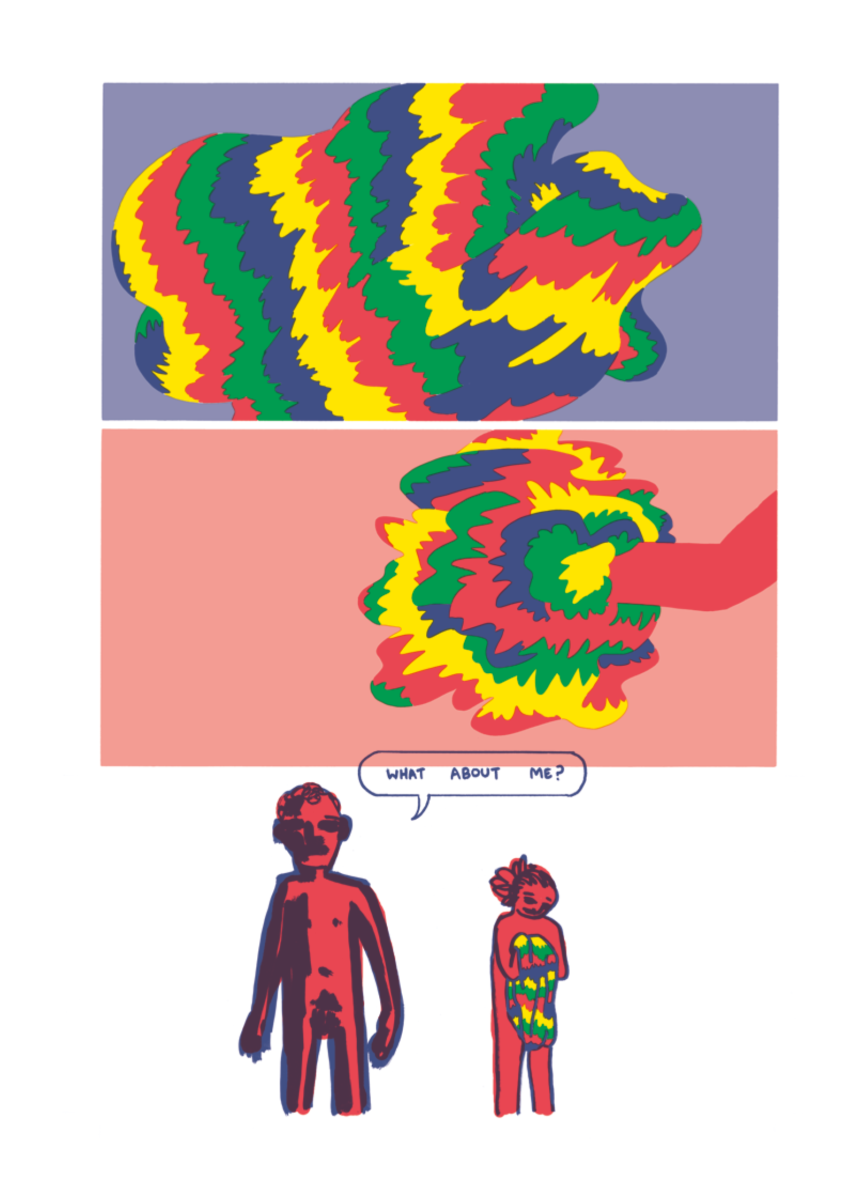 Joe: It’s strange to imagine this was the early days of risograph small press stuff, so we were using a bunch of colours and it looked different from most of the stuff people were self-publishing at the time. Now it looks like everything else that’s coming out. But that look papered over a lot of the cracks of the raw juvenilia of that particular project.

Tom: I don’t know, I think you can go far on raw juvenilia.

Joe: If only I could get it back! Rather than that over-cooked juvenilia that I’ve been serving.

Tom: At the time there were a number of interesting threads to UK comics: cartoonists like Antoine Cossé or Dickie Short, as he was then known. We thought we could do something to tie the good end of comics together.

Joe: Now there’s a load of presses that are the same size as we were then. It’s quite an occupied position. But then, there were artists like Connor Willumsen, Lala Albert, Inés Estrada, who weren’t established enough to work with larger publishers like Drawn and Quarterly, Fantagraphics, so we asked them. We put together a list of people we really wanted to work with and none of them were like “I’m already doing a book with someone else,” which was strange and surprising. At the time we felt quite celebratory about it, but in hindsight it’s actually just the doom bell of the scale of the comics world, tolling, saying “this is a very small hill”.

Simon: We found people through Tumblr, only because that was the place you looked. Instagram wasn’t really a thing at that point. We weren’t particularly Tumblr scene.

Haha, I still use Tumblr.

Joe: No one mentioned it Simon.

Simon: I use it for Dungeons and Dragons!

Joe: Have you not spoken to anyone in quite a while?

Simon: I’ve been speaking to strangers via chat all day, but I have to talk about finance.

Joe: That might be a nice feature of the isolation interview…

I’ll make sure to highlight it. 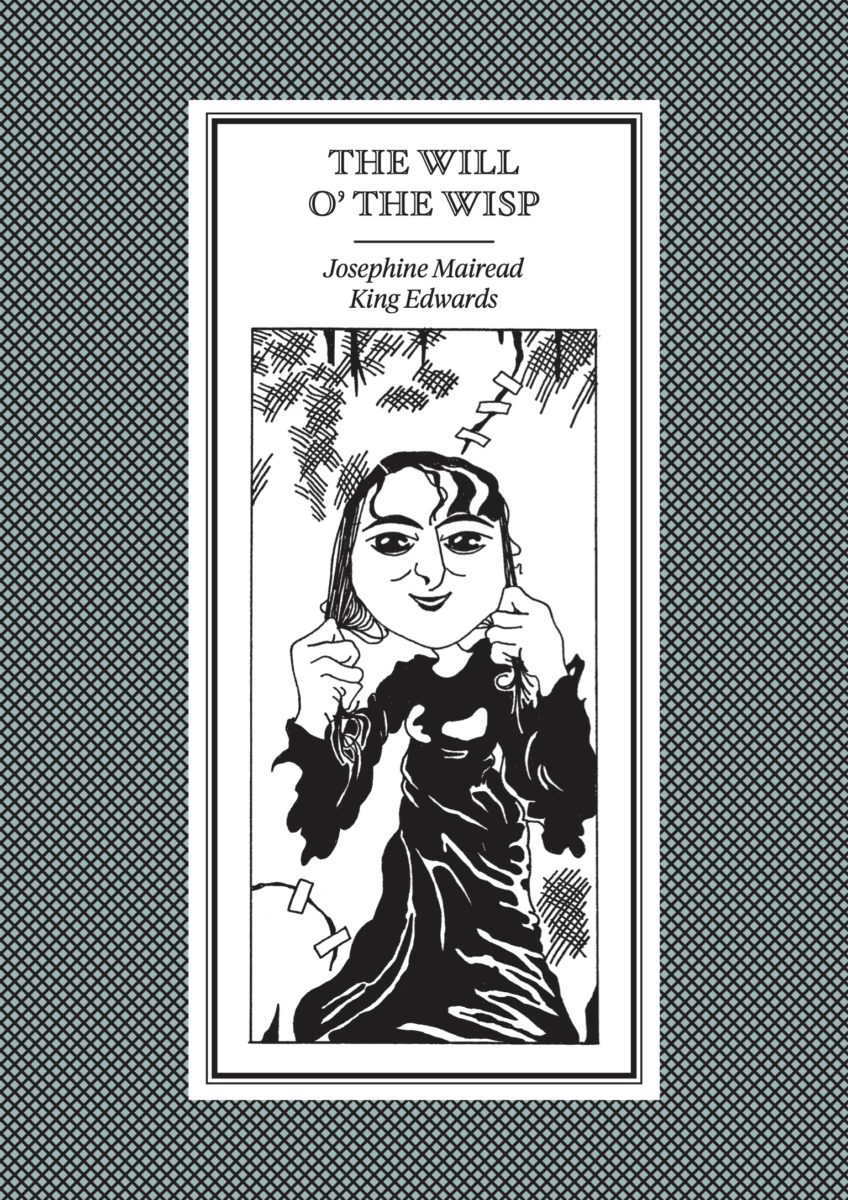 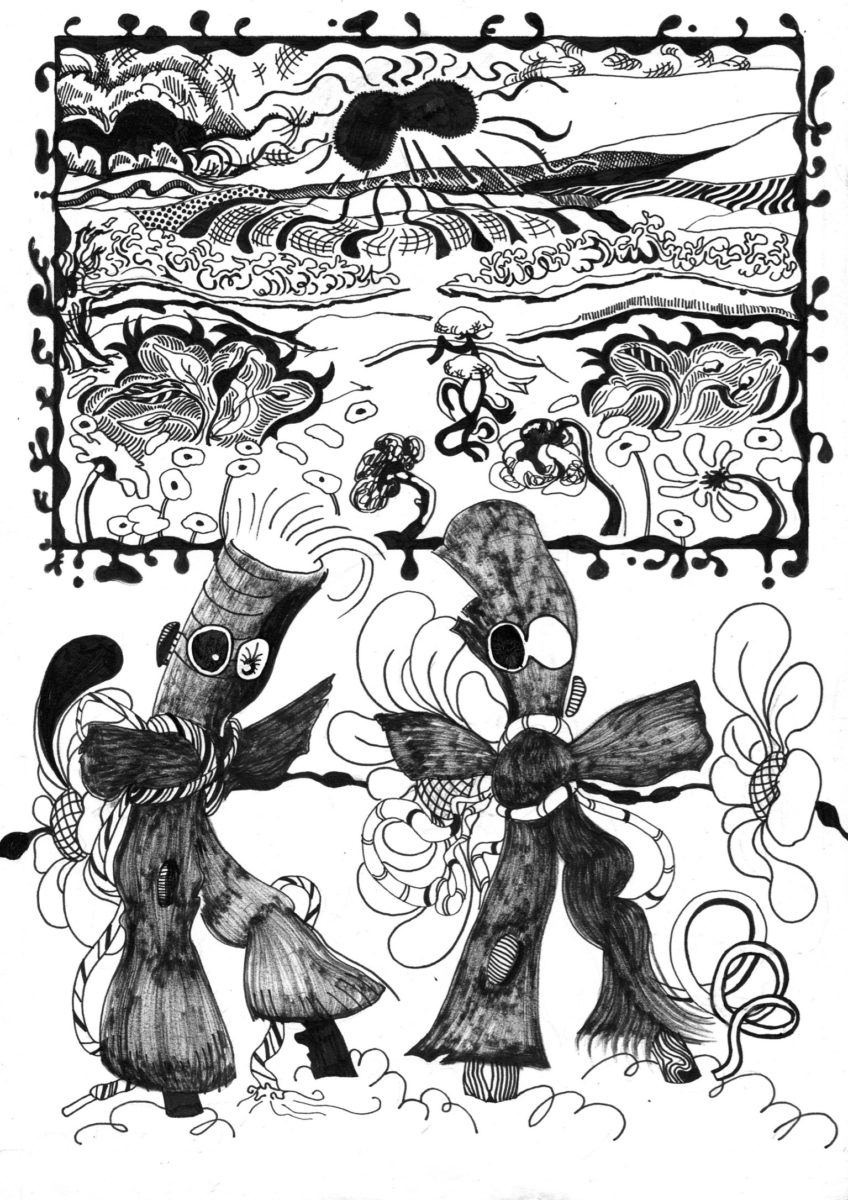 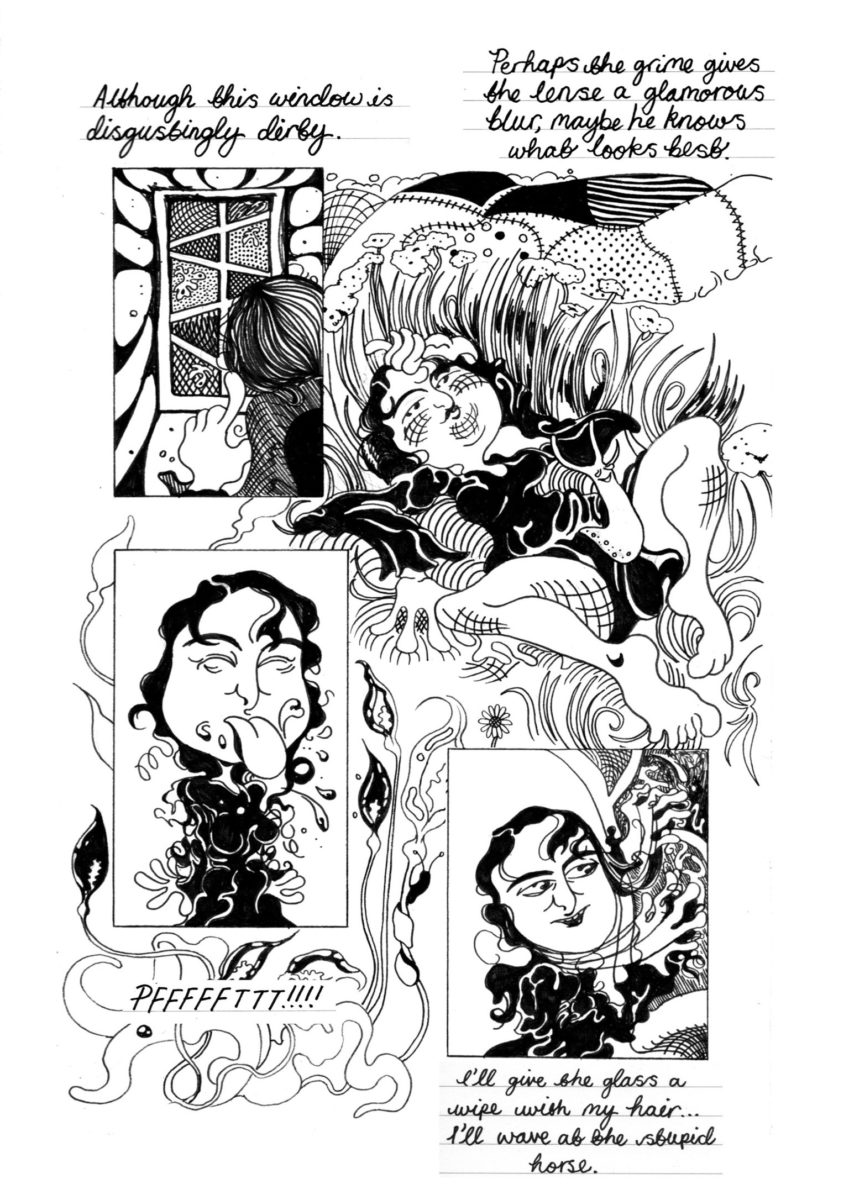 Simon: We’ve come across fewer unpublished artists who we’ve been stunned by. I’m sure it hasn’t dried up. Maybe the work people are making has diverged slightly from what we’re interested in. That’s speculation rather than necessarily true. But then recently we’ve been working with European, particularly French artists, like Louka Butzbach, who hadn’t been published by an English language publisher before.

Joe: Brilliant idea it turns out. Our best ever financial move.

Tom: When we got the first sales reports of After Man, I was like “the rest of the publishing industry, they’re on to something here.”

Simon: You can publish anything, as long as it’s not comics!

Joe: No wonder some of them even pay themselves!

How would you define the approach to comics that you’re interested in?

Simon: We don’t sit down and discuss an aesthetic for Breakdown, it’s more like, “Do you like this one?”; “Yeah, I like that one”. Rich Short and Antoine Cossé are mates who we chat to a lot, so they contribute suggestions to publish—they’re sort of part of the editorial team. With the Japanese stuff, Ryan Holmberg (the translator) suggests stuff too. I didn’t know Sasaki Maki before he suggested it, and it’s wicked. It’s an amalgam of seven different personal, overlapping interests. 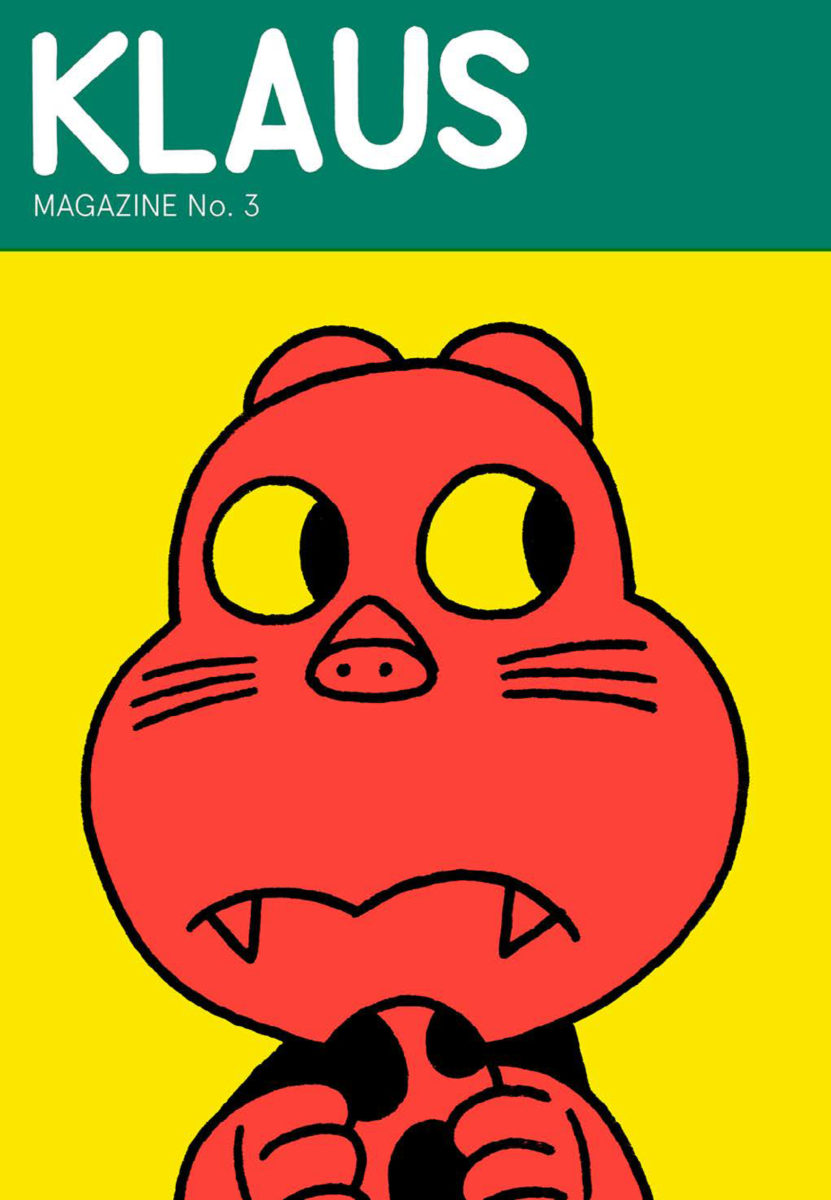 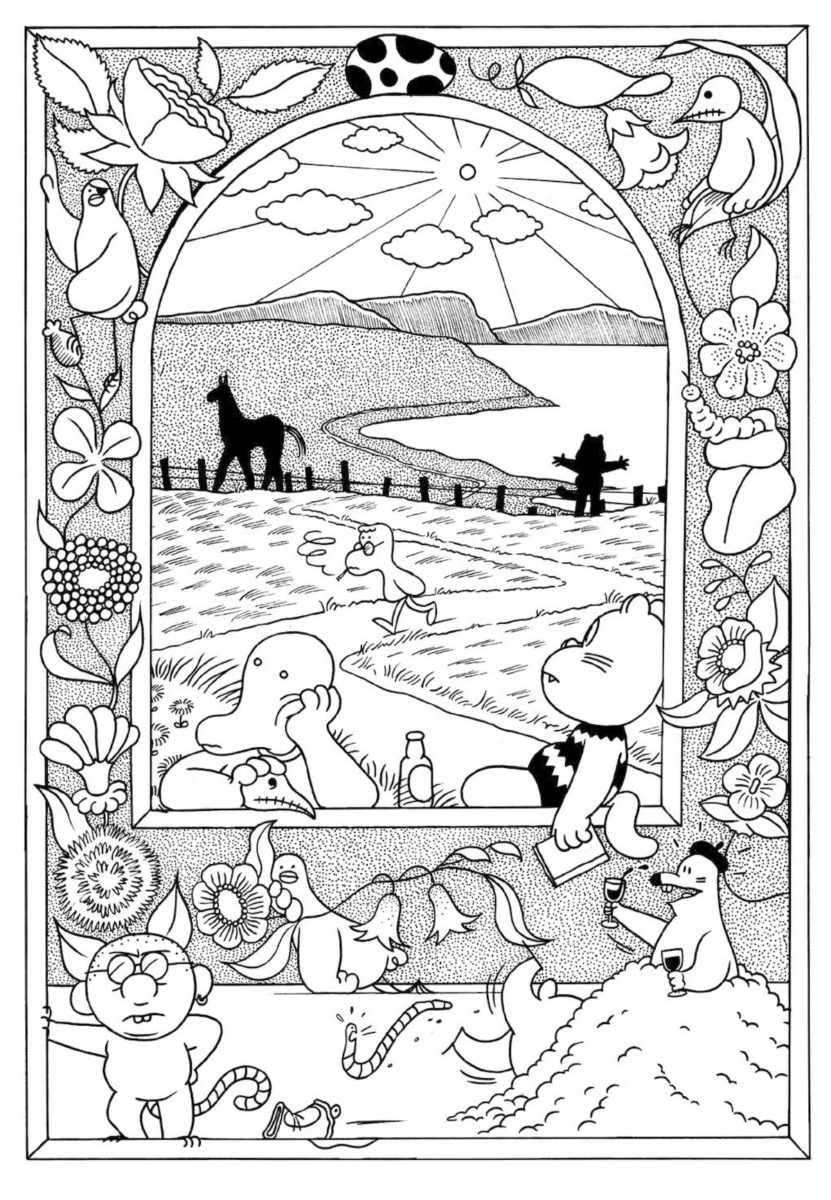 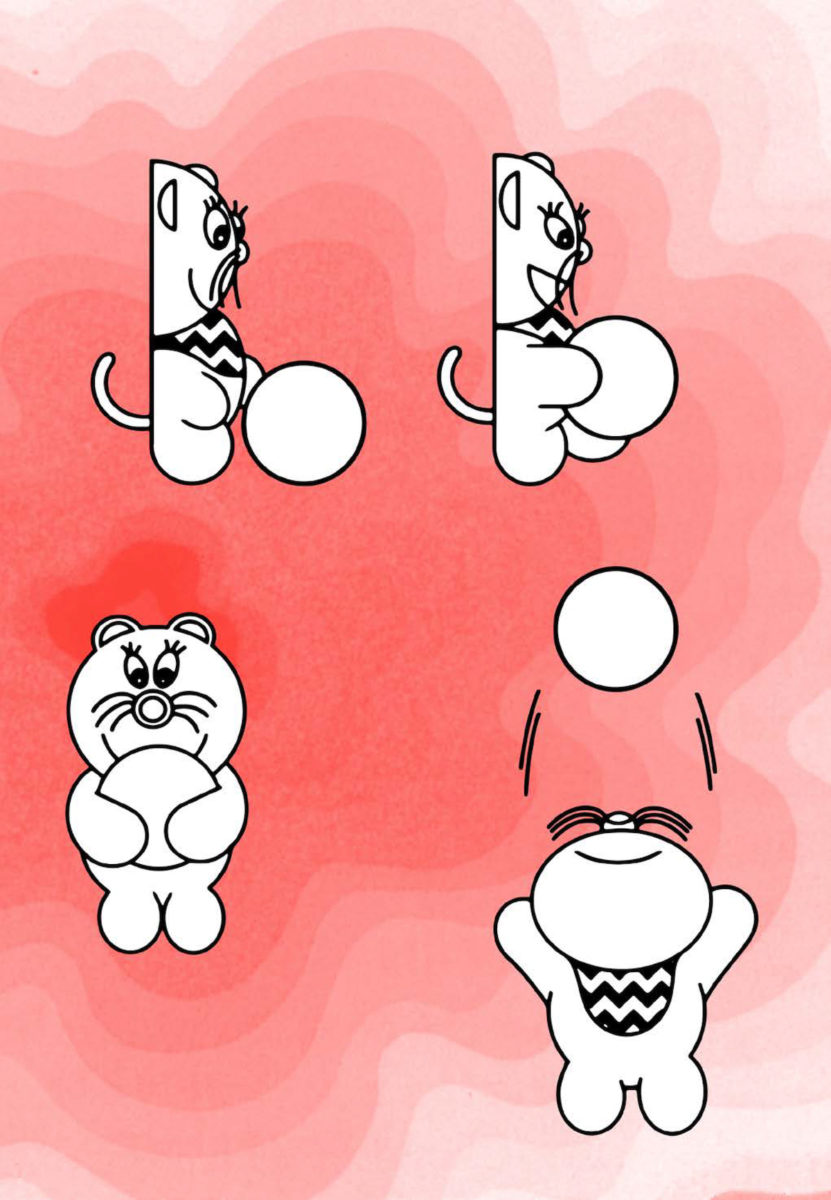 What about the comic book’s physicality? Holding the pages between your fingers—is that an important point for you?

Simon: I think we’re all… not collectors, but people who value owning physical things. We’ve never done anything digital. That’s not a conscious decision, but none of our enthusiasm lies in that.

Have your sales been affected by lockdown?

Simon: As the finance guy… we had to pause mail order from our site to begin with, but now we’ve opened again we’ve seen a bump in online sales. The issues at distributer and retail levels are more the problem, and I think will be more of a problem if certain independent bookshops go under.

Joe: We’re in a fortunate position, because we pay all our artists but not ourselves. We haven’t been having to pay anyone’s wages while this is going on.

I was thinking that people might be buying more comics online, because everyone’s inside and needs things to read. Have you found this to be the case?

Simon: I think that’s overall true, based on our online store.

Joe: Have you lot been reading an unusual amount of comics during this?

Tom: I have been. But that’s to be expected.

Simon: There’s quite a lot of good new releases, that Blutch book, two Tsuge books came out essentially during lockdown, called The Man Without Talent and The Swamp.

What about you, Joe, have you been reading a record number of comics?

Joe: Me and Tom both read an unusual number of comics all the time. I did buy something I wouldn’t normally—that art of Dan Clowes book, an enormous book of original drawings. I bought that and have regretted it ever since. But I’m quite happy to see how all those drawings were made.

Tom: I bought a lot of sixties and seventies underground stuff from the States, that I needed. Weirdly I’ve been buying a lot of ancient history of comics stuff, like the best of H.M. Bateman, and Rudolphe Töpffer.

Joe: Are you depressed?

Joe, have you been making any comics?

Joe: At the beginning of lockdown I was doing a lot of drawing. More than normal, maybe. I think cartoonists as a group, until a relative dies or something, will be particularly unaffected. The main thing that was taken out of my life was social stuff. I still had all the time to draw. I’m working on a new book called The Gull Yettin. It’s a silent comic about a seagull spirit man that kidnaps a child and then they have an adventure.

Do you know of any comic artists who are working a lot or making comics about this? I was thinking about the form of a comic being a lot of individual freeze-frames, and that being an interesting way of depicting time, and time feeling so weird right now.

Simon: You could make that a reading of Antoine’s thing. He’s been doing drawings of peoples’ photographs. It started off as “how do I pay my rent this month?”, but he’s been getting people to send a photo of their family or loved ones, or any photo with people in it, then he’ll do a sketch of it. They’re really nice drawings. That kind of fits an idea of remembering different moments, but pre-outbreak moments.

Joe: I was thinking about this question the other day. I was talking to Connor Willumsen and he was saying something which I didn’t agree with: that he’s watching films with everyone socializing in them and thinking “this all feels so dated, and wrong, that they’re out and about together.” It was while he was drawing me, cos he’s been drawing loads of people [over videocall]. That’s an interesting response to this. I also recently reread a book that we put out called Seasonal Shift by Lala Albert, and it made me think of what Connor said. The opposite is true of this book because there’s loads of interior, paranoid, stuck inside your flat stuff, mixed in with wild exploration of the outdoors.

Tom: That is exactly what I was thinking! The podcast Comic Books Are Burning in Hell did a review of it, and I sat down and reread it in a newly discovered patch of wasteland off a park.

Joe: It captures the feeling of this time without beating you around the head with it.

Tom: Yes! I’m not interested in moany diary comics about Covid. I appreciate that’s how some people are going to channel this experience and get catharsis, but I’m not a massive fan of cry-ography, autobio comics anyway.

Simon: I don’t think any writing about the experience of this actually happening is going to end up being any good. The TLS pointed out that in previous pandemics, specifically Spanish flu, there’s very little lasting literature that even acknowledges it. There’s that repeated comment that Shakespeare was busily writing away during the black death, and yet it doesn’t particularly feature. I’m sure it will inform people’s ideas of stuff, possibly more in the way you guys are talking about, with general ideas of isolation.

Simon: I think that’s an exception to the rule.

Tom: I’m more interested in people using it for parody and humour online. I’ve seen numerous comics that are perfectly acceptable diversions in my scroll through Instagram, like the Hanselmann comic.

Simon: That, I suppose, is an exception. Grant Jonathon, @htmlflowers, is doing a similar thing.

Joe: There’s got to be someone making something good about it out there somewhere…