On 8 June 2020, a group of Black Lives Matter activists pulled down John Cassidy’s 1895 bronze statue of Edward Colston, the seventeenth-century trader of enslaved Africans, dragged it across the harbour, and threw it off the wall into the water below. Fished out by the council, it was placed in storage and the plinth left empty. Bristol has a rich Black cultural scene, with numerous artists who have long engaged with issues around civic commemoration, racism, memory, slavery and colonialism in their practices. The empty place where the plinth once stood marks a moment to spotlight their voices.

The politics of memorialisation have consistently been contentious in Bristol’s contemporary culture, and artists are intensely involved in these struggles. St Paul’s Carnival was founded in 1968, five years after the Bristol Bus Boycott, an act of resistance against the racist employment practices of the Bristol Omnibus Company. Today, the carnival is an annual celebration of African and Caribbean culture, attracting tens of thousands of people. The founders of the carnival, the ‘seven saints of St Paul’s’ (some of whom were also active in the bus boycott), were memorialised in 2019 in vibrant murals in the area by the Bristol-born painter Michele Curtis. “I was born here and I am British; my children were born here and they are British too. Three generations of being excluded from the heritage and legacy of British history. I wanted to tell our story and document our history before it was lost and forgotten,” Curtis tells me.

“Three generations of being excluded from British history. I wanted to tell our story before it was lost and forgotten”

Young curators and artist communities are also pushing for change in the city. Last year’s exhibition at Spike Island’s Open Studios, Why Are We Not Here?, curated by Anika Deb and Stacey Olika, showed declarative work by eight young artists of colour. Black artists in Bristol are a “force to be reckoned with”, Olika says, and the exhibition was a way of showing art institutions that “we have always been here, but they haven’t necessarily taken notice of us. We exist and we create art, that being our resistance, but also our freedom.” The show was organised by Spike Island Test Space together with Rising Arts Agency, a non-profit organisation of highly active community of artists who support each other, working to diversify Bristol’s art scene, and aim to create radical social, political, and cultural change. Their 2019 project #WhoseFuture plastered Bristol’s streets with hundreds of posters designed by over 30 artists.

These projects take up the mantle of the city’s rich Black arts history. In 1982, the groundbreaking UK touring exhibition The Pan-Afrikan Connection was installed at a gallery on King Street, which showed the work of young members of the BLK Art Group, including Claudette Johnson, Donald Rodney and Keith Piper. The show was curated by the artist, curator, art historian and founding member of the BLK Art Group Eddie Chambers, who lived in Bristol for many years and who, in the late 1980s, created the African and Asian Visual Arts Archive, a slide archive of Black contemporary art which was the first of its kind in the UK. First located in Bristol, it is now housed at the University of East London.

Today’s scene, with artists working in sculpture, painting, filmmaking, installation and design, is lively and robust. Libita Sibungu’s major show at Spike Island last year, Quantum Ghost, a sound installation entered through the mouth of a cave, featured field recordings from mines in Namibia and Cornwall, drawing on the artist’s personal background and tracing the tangles between imperialism and resource extraction. The show also contemplates the unearthing of hidden collective memories, particularly in the context of liberation struggles. In 2017, her work was shown at Venice’s Diaspora Pavilion.

Courtenay Welcome is an emerging artist working in painting, installation, performance, text and photography, whose work was included in Why Are We Not Here and has been shown at the Arnolfini. “I’m very proud to see the ways in which activism takes shape in Bristol’s landscape”, she says. “There are a large number of people decolonising their fields of expertise across the city in many ways, most of which are in continuous collaboration”. Her Thoughts on Decolonisation (2020), an authoritative and elusive collage of ready-mades and photographs, and was used by Rising for the #WhoseFuture poster campaign.

A painter who also works in glass and installation, Helen Wilson-Roe’s work is dominated by portraits of Black subjects in Bristol and elsewhere, such as in Rwanda and in the USA. Her oil paintings are intensely concerned with the slave trade and its legacy in contemporary forms of racist violence. She was amongst the crowd during the toppling of the Colston statue, and her practice underlines the importance of dismantling racist systems within Bristol’s art and funding institutions.

She dreams of a Black-owned arts centre in the city, reflecting on how local Black artists still struggle against an establishment that is more concerned with representation than meaningful inclusion. “As a Black artist I’ve been side-lined for speaking up about the inequalities within structures and institutions such as the Arts Council and Bristol City Council. The art funding world needs a shake-up. Black artists should be leaders within funding streams and selective process”.

“We have always been here, but they haven’t necessarily taken notice of us. We exist and we create art, that being our resistance”

Roe’s hope for a Black-owned Bristol arts centre may be close to realisation. Six months before the drowning of Edward Colston, Dr Mena Fombo and Michael Jenkins started the Bristol African Caribbean Culture Space (BACCS), a space to champion and exhibit art from the diaspora and to help Black artists to develop their careers. BACCS is currently raising funds to purchase a venue boat to moor in Bristol harbour. “When I was growing up in Bristol, there were such negative connotations attached to the harbour because we knew that this was the centre of the transatlantic slave trade. Liverpool has an International Slavery Museum, and it’s about time we start creating something here in Bristol. The heart of the city is a cultural hub, but there isn’t any Black presence”, Fombo explained.

A centre for Black art, situated in a floating, Black-owned space will go some way, Fombo and Jenkins hope, to the ongoing work of decolonising the harbour. Once the location of the Colston statue and the city’s access point to the Atlantic slave trade, it will finally evolve to reflect the breadth of Bristol’s Black excellence.

From queer histories to protest photography, these are the future classics worth making space for on your shelves.
Read More 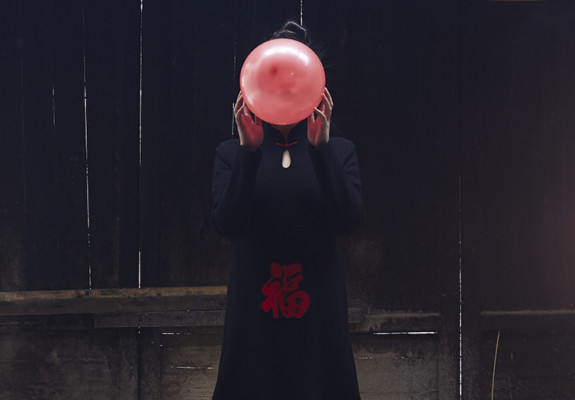