The figures that populate the work of Alicia Reyes McNamara look as if they are in the process of coming undone—although they could just as well be putting themselves back together. A careful tension of duality runs through the artist’s various paintings and sculptures, where motifs of mirroring emphasise an endless push and pull between two selves.

Reyes McNamara’s mixed heritage is an important anchor, and the recurrent symbol of water in her work emphasises this cultural fluidity. Her Mexican-Irish American identity is referenced directly in imagery of tropical paradises, while the hypersexualised female body compounds her use of racialised stereotypes in depictions of the Latinx diaspora.

“To be biracial at any time is complex,” Zadie Smith wrote in 2017. “Speaking for myself, I know that racially charged historical moments, like this one, can increase the ever-present torsion within my experience until it feels like something’s got to give.” Reyes McNamara captures the endless twisting and turning described by Smith, where basic instincts of human life intersect with learned ritual, tradition and code switching. In her imagined landscapes, symbols from the animal kingdom take on new significance in shape-shifting moments that land somewhere between unity and discord.

Following her MFA at the Ruskin School of Art 2016, Reyes McNamara has held residencies at the South London Gallery and Chisenhale, as well as Kiosko Gallery, Bolivia. Following her exhibition at Niru Ratnam gallery, she will also present a solo show at Lismore Castle Arts this year.

What do the frequently twisting and turning human figures in your work represent for you, particularly when they are shown as dismembered or disembodied?

The twisting and turning humans beings relate to different forms of embodiment for me. When I was exploring dismembered body parts I was thinking through ideas of displacement and diaspora, specifically within the Latinx diaspora.

Where do you feel most at home, and why?

That’s an interesting question, but I’d have to say when and wherever I’m with anyone from my Mexican mom’s side of the family. They really have the ability to see many sides of me at once, which grounds me in a very particular way. 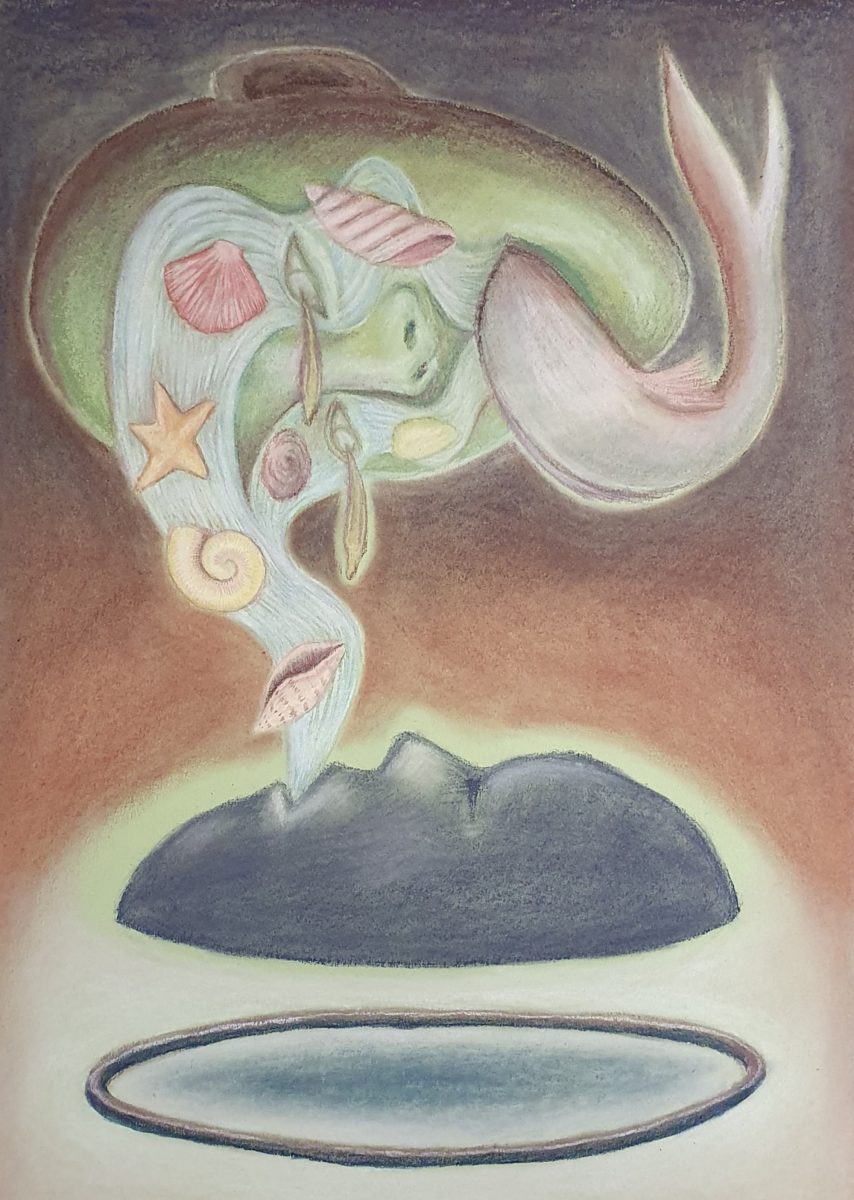 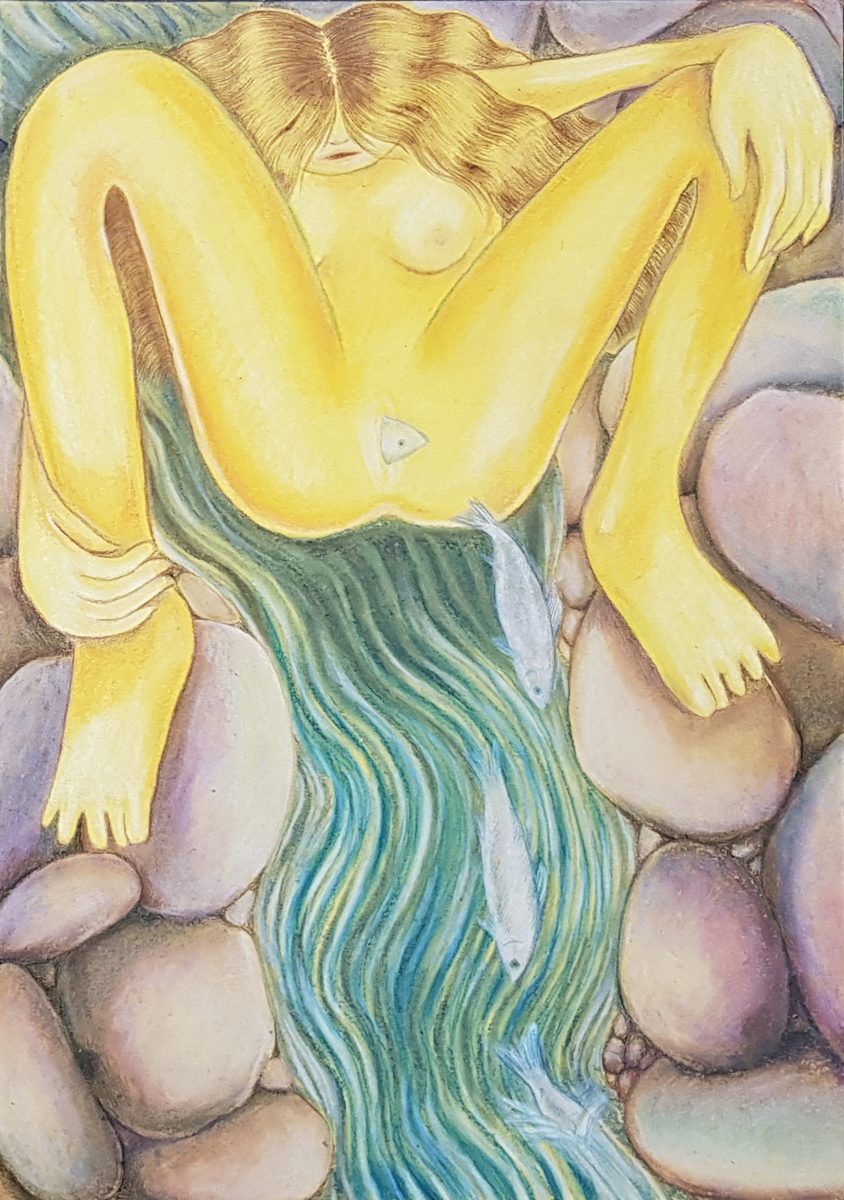 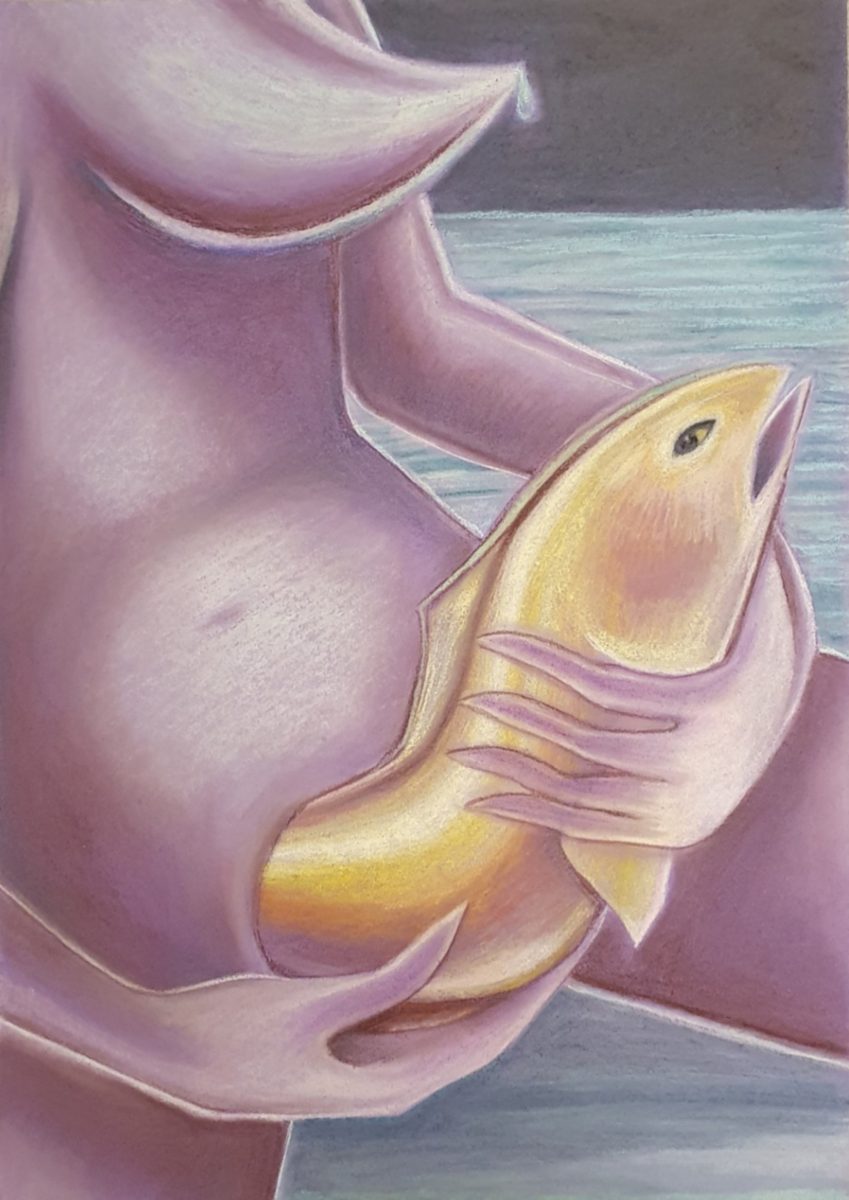 Your work at times takes on an almost cartoonish quality. What is your relationship to a legacy of caricature and satire?

I started playing with the cartoon and ideas of the characters during my Masters. My work at the time aimed to challenge incomplete identities constructed by two-dimensional ideas of Latinx culture, while it acknowledged the absurdity, and at times vulgarity, in the projected images found within the media’s exaggerated caricatures and telenovela kitsch.

I adopted a cartoon-like aesthetic for its approachability to convey difficult subject matter and make it appear light, even humorous, and all the more revealing. At the time I was interested in the changing identity of the Latinx diaspora and how authenticity is negotiated.

“I would like to transport the viewer to that unfixed amorphous world of shapeshifting feminine energy, and be both curious and uneasy”

Which artist would you like to get stuck in a lift with?

I’d love to get stuck in a lift with Hilma af Klint. I’d want to know more about how spiritualism leads her practice. How can one invoke energy that can be placed within a painting? I’d want to know what she was reading while making The Ten Largest, and what her favourite song is…

You often create fantastical, nature-filled landscapes in your work. What do these scenes conjure for you, and to where do you want them to transport your viewers?

My most recent work was inspired by both Mexican and Irish water mythology. I was struck by the fact that although feminine goddesses or spirits were often linked with water, it was almost always a wanton woman who emoted too much, who is hyper-sexualised; who somehow derailed culture and would eventually lose their life to the water. I wanted to reimagine and reclaim these myths and explore these spirits as independent, self-possessed beings who have the potential to transcend their own definition and acquire a new life or meaning.

I would like to transport the viewer to that unfixed amorphous world of shapeshifting feminine energy, and be both curious and uneasy.

Alicia Reyes McNamara, From Within 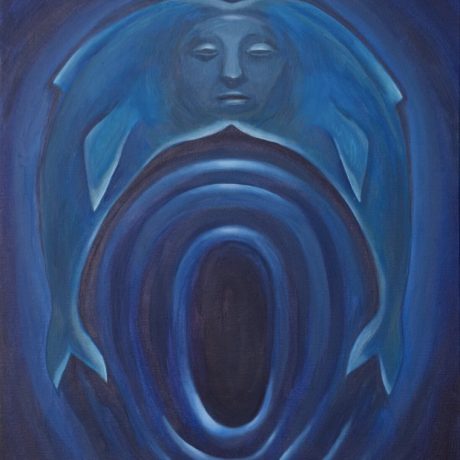