We described Cary Kwok’s last show at Herald St as being “overrun” with “enthusiastic” penises. It would seem that, four years on, little has changed. Hong Kong-born, London-based Cary Kwok made a name for himself with intricate ballpoint pen drawings, and has since moved into working with acrylics and ink while broadly covering the same themes that have concerned him for the past few years—sex, wanking, and marrying historical reference points with pop culture film icons and a sci-fi twist. His long-held fascination with historical fashion and period costumes and footwear are still evident, with his signature bawdy erotic twist that manages to find the x-rated in the most banal of banal of objects—a light switch, for instance.

Tell me more about your interest in conflating the worlds of sci-fi and sex. Why was Blade Runner in particular an inspiration?

I love the film. It’s beautifully shot and romantic. My work is very much influenced by cinema. The way I compose my drawings is usually very cinematic. Most of the subjects of my drawings are and have always been inspired by past years, especially the twentieth century. I love different art, architecture, film genres and so on—whether they’re period or set in the future—and the fashion that’s inspired by these movements. The sexuality you see in my drawings has little to do the periods I choose. The era of choice is usually the backdrop of the drawing to fulfil my love of period fashion, interiors and architecture.

“Instead of being confrontational I prefer to convey a message gently, with sexuality and my sense of humour”

How far does your work set out to be deliberately provocative?

I never set out to be deliberately provocative at all. It’s more personal than provocative: I just make work with subjects that I’m passionate about, and which evoke the romance of past eras. I focus on the things that turn me on, like my sexual fantasies, and what amuses me, like some of the puns that I use in my drawings and the titles.

Have you experienced much backlash in relation to the content of your work?

I think the humour behind my work allows me to push boundaries. People who are easily offended probably wouldn’t be looking at my work by choice. My work challenges certain stereotypes and is a reminder of the message I try to get across.

What do you hope your viewers get from seeing your art?

Lots of artists’ work focuses on sex, not as many on wanking—why is it important to you to take that as a theme for many of your pieces?

Cary Kwok, Am I Turning You On 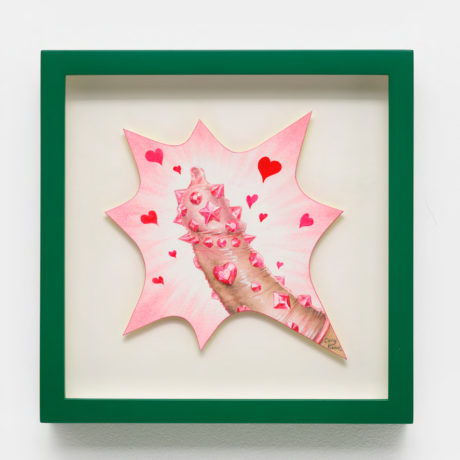