I didn’t play much with dolls’ houses when I was a child, but I fell hard for The Sims when it was released in 2000. As a shy ten-year-old girl, who had once cried at the prospect of attending a school friend’s birthday party, I fit the target demographic perfectly. In the world of The Sims, high drama and everyday mundanity played out within the confines of the home. The game allows players to design and build a house for their “Sims” to live in, following them through the ups and downs of a narrow but oddly compelling version of reality. Short of any true control over my own life, where I couldn’t even choose my own bedtime, I was quickly hooked.

The first thing that you do in The Sims is create a family. It is tempting to build your Sims in the image of your own family and friends, complete with their full names. I did so, simply for the pleasure of punishing them in the virtual realm if their real-life counterparts had displeased me. Put it this way: I was an angry child. Next, you are given a plot of land on which to build your family a home. This is the theatrical stage that their petty fights and daily chores will unfold upon, with you perched in the director’s chair. From here, you can instruct your Sims to do just about anything within their domestic domain. They will take out the trash, clean the loo and scrub the floor if you so desire. Equally, they can loaf on the sofa with the TV on, invite their friends over or even get a job.

So far, so boring. Who wants to do the washing-up in real life, let alone on a computer screen? But The Sims remains the bestselling PC game of all time. Its oddly humdrum simulation of our lives was strangely engrossing, and has spawned four further instalments and countless spin-offs. The phenomenon is perhaps less surprising considering the toys that we give to children often imitate life. From a miniature vacuum cleaner to a plastic shopping trolley, kids are taught from an early age what to aspire to. Gender roles are easily enforced in this way, as well as a mandatory engagement with the forces of capitalism.

“In The Sims, high drama and everyday mundanity played out within the confines of the home”

The Sims did little to change these well-worn tropes. Virtual family members go through life as little more than a series of strategic challenges, from scoring a promotion at work to nailing a smooch with a love-interest through careful banter and flirtation. Each Sims’ happiness is measured in a number of health bars, which range from the physical (“Bladder” and “Hunger”) to the metaphysical (“Fun” and “Social”). If you don’t instruct your Sim to jump in the shower often enough, they will sniff their own armpits and wince. If they don’t get enough quality time with friends, they will break down and cry.

The instinct to gamify our lives and quantify our own achievements, no matter how big or small, has only become stronger as time has gone on. In the twenty years since The Sims launched, we have seen the rapid transformation of the internet from a utopian space to one that is increasingly marketized and often hostile. On social media we can count our value within the rampant attention economy by our number of followers, and seek social contact and affirmation through these virtual versions of ourselves. Looking back now in the midst of a major global crisis, The Sims suddenly seems like a relic of a more innocent time, when it was possible to find comfort in the minor dramas and trivial tasks of life spent within the confines of the home. 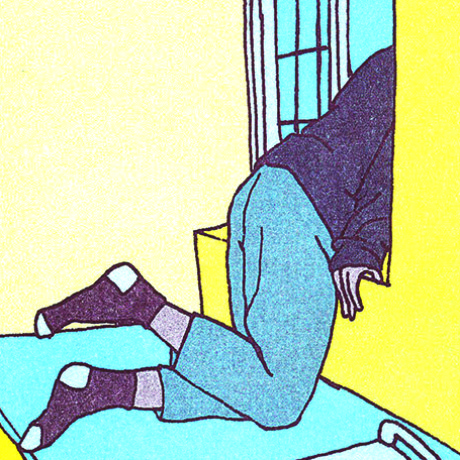