The first thing you notice inside the Large Hadron Collider is the sound of humming. It is the vibrations of intricate machines as far as the eye can see, and the whoosh of processed air. Countless cables in primary shades of red, yellow and blue feel both brash and comforting, like a child’s set of plastic toys still to be assembled. While standing one hundred metres below ground, I reflect on the fact that it was here that the physical existence of a previously hypothetical particle, the Higgs boson (also known as the God particle), was established in 2012, a discovery that won the Nobel Prize for physics.

What is the universe really made of? It is a question that most of us are likely to ask at least once, but it doesn’t find much place in the rituals of daily life. To expand our perspective and observe the fundamental structure of the particles that make up everything around us requires an awareness of both the micro and the macro. More often than not, it is easier simply to take things as they are.

Curiosity can open a door to another world, where the ordinary rules of society no longer apply. As anyone who has ever read Alice’s Adventures in Wonderland well knows. Asking questions can be a dangerous game. Published by Lewis Carroll (the pen name of writer Charles Lutwidge Dodgson) in 1865, the story of a bored seven-year-old girl’s fateful tumble down a rabbit hole and into a subterranean fantasy land encapsulates the havoc that a simple question can wreak. “Who in the world am I?” Alice famously enquires. “Ah, that’s the great puzzle.”

The tale transcends the realm of children’s literature and it has been cemented in popular culture for more than a century. Even those who have only flicked idly through the book will undoubtedly be familiar with its wonderfully berserk cast of characters, from the Mad Hatter and the Cheshire Cat, to the White Rabbit and the Queen of Hearts. Alice’s adventures have inspired everyone from the Surrealists of the 1920s to the psychedelic musicians of the 1960s, while Aldous Huxley himself was invited to pen the iconic Disney rendition of the story.

Carroll was not just a children’s author. Also a mathematician at Christ Church, Oxford, his narration of Alice’s epic journey through a series of surreal challenges frequently contends with the rules of logic and speculation. As Alice shrinks while falling down the rabbit hole, she questions the mathematical limits of her own transformation; at the infamous tea party, a debate over the concept of converse relation is playfully argued. “Have I gone mad?” Alice asks later in the book. “I’m afraid so,” the Mad Hatter informs her. “You’re entirely bonkers. But I will tell you a secret: all the best people are.”

The very big and the very small questions of life often fall under the realm of maths and science. At Cern (the European Organisation for Nuclear Research) the world’s largest and most complex scientific instruments are used to study the basic constituents of matter. Located in a suburb of Geneva, straddling the border between France and Switzerland, its sleepy location belies a near-mythical reputation amid arts and science communities alike.

It was here that the World Wide Web was invented (initially as a tool for physicists to share data), alongside the touch- screen. Ryoji Ikeda created his 2015 work Supersymmetry here at Cern (an overwhelming barrage of light and sound), while other artists including Tomás Saraceno, Haroon Mirza, Cecilia Vicuña and Mariele Neudecker have taken up residence. Now it is my turn to take a rare visit to the site. 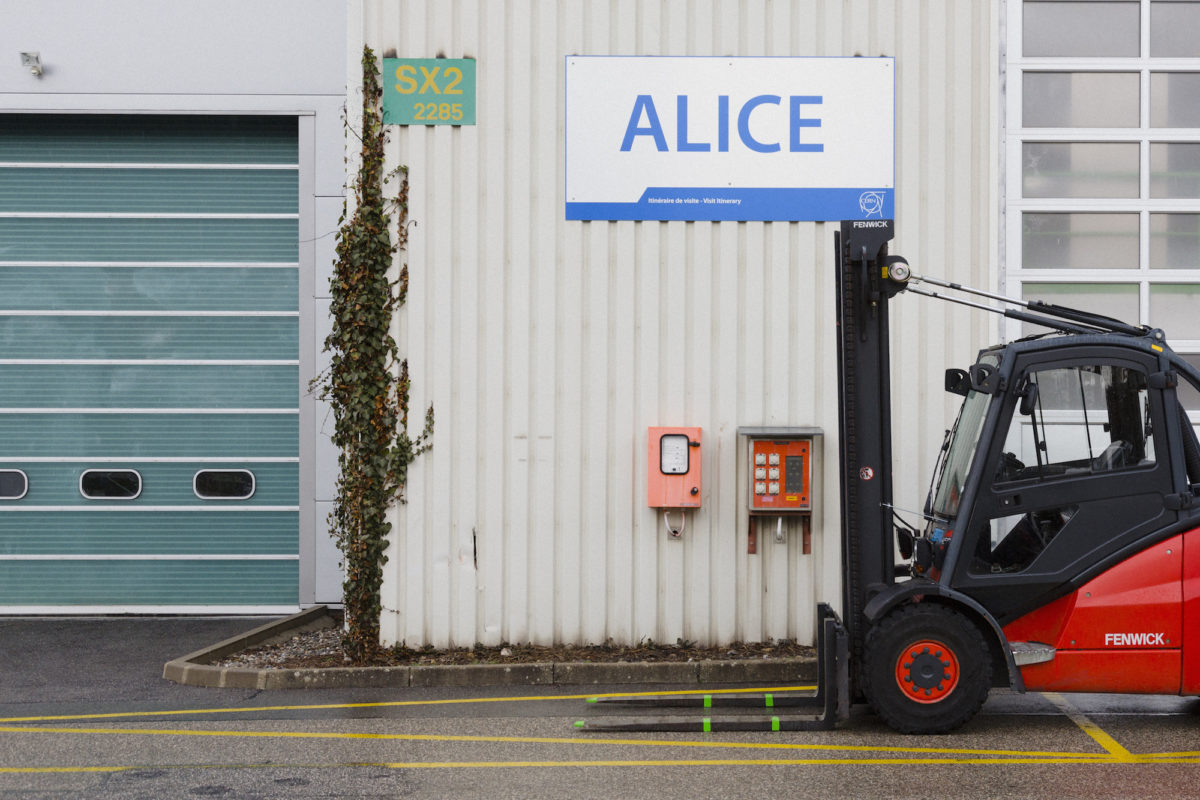 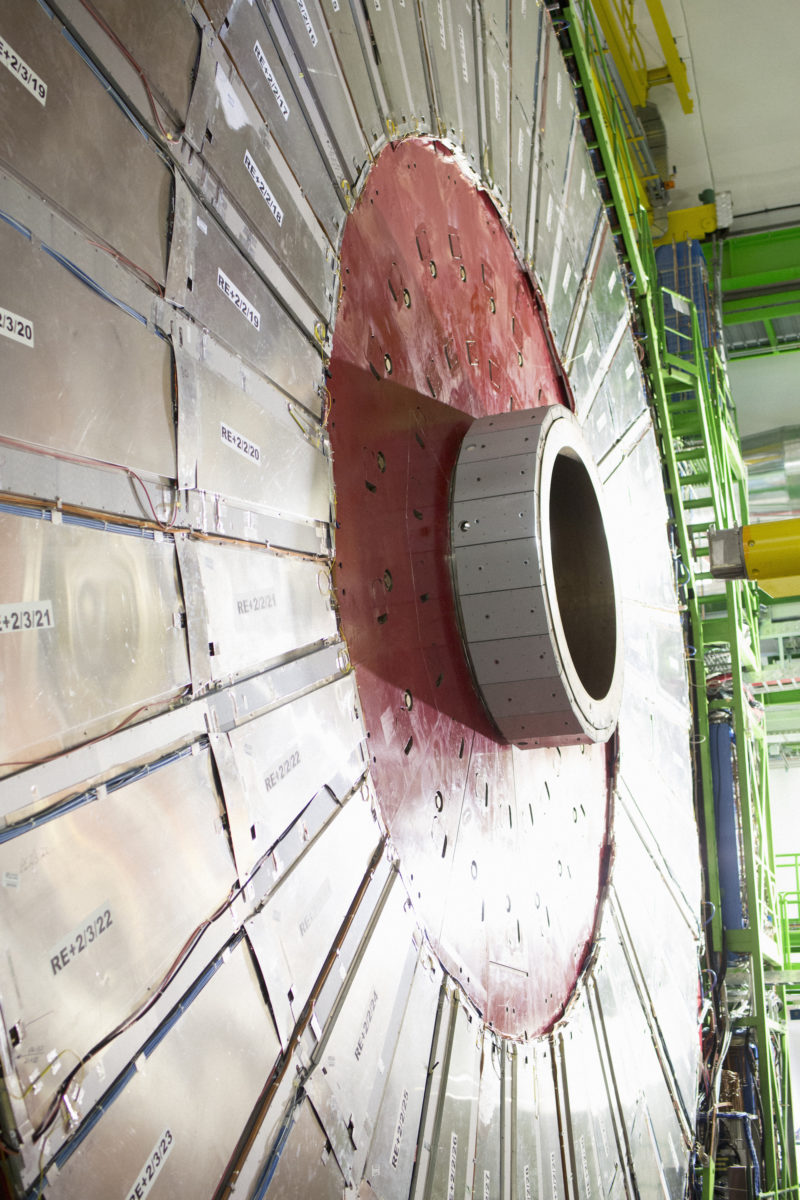 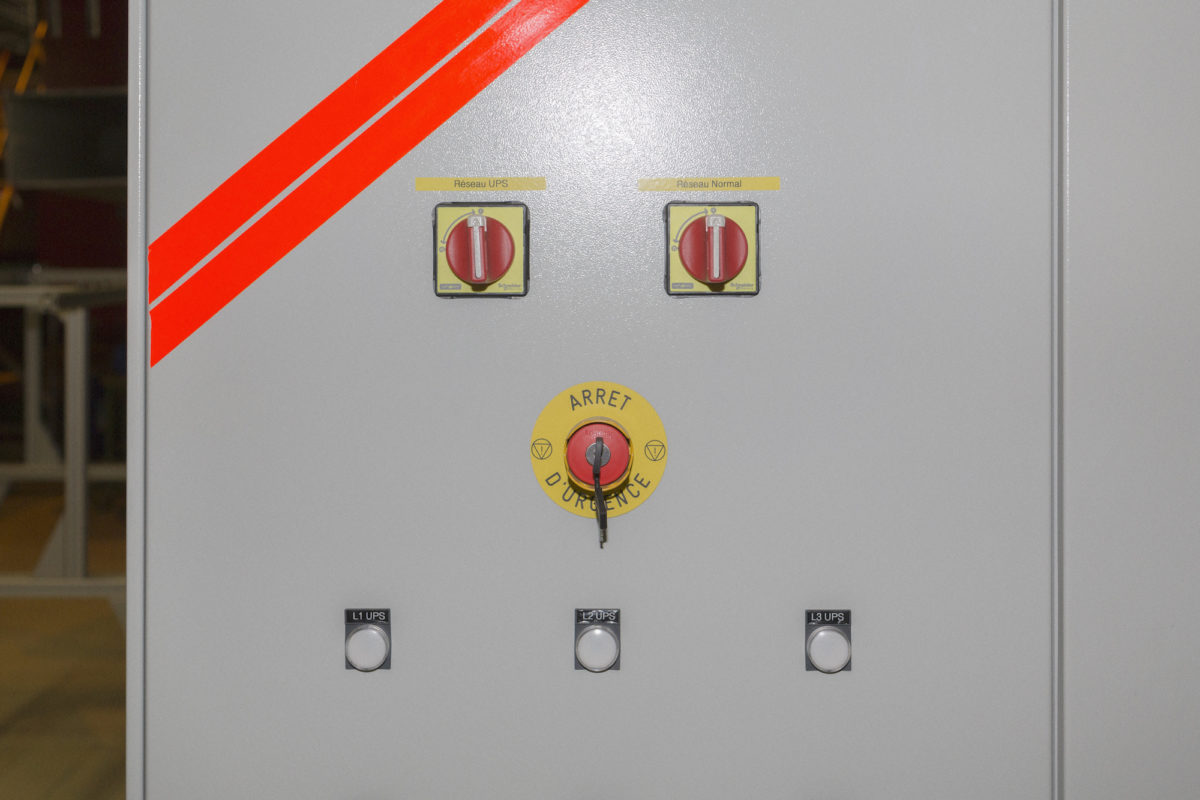 Founded as a postwar project in 1954, Cern proposed the idea of atoms for peace. It was one of Europe’s first joint ventures and now has twenty-three member states. At the Large Hadron Collider, the aim is to recreate the Big Bang on a tiny scale. In the early days, there was even some concern that a black hole might be created in the process. Measuring 27km in total, it is the world’s largest and highest-energy particle collider. Beams travel almost at the speed of light, making 11,000 turns in one second.

In Carroll’s story, Alice finds herself grappling with the building blocks of her own existence, as she shrinks and grows at the bite of a mushroom or the sip of a mysterious potion. It seems fitting that at Cern, the tiniest particles in the universe are studied with the biggest machines. Likewise, it feels oddly fateful that one of the most important experiments is named “Alice”, an acronym of “A Large Ion Collider Experiment”. Located 56 metres below ground, to journey into the experiment is to truly tumble down the rabbit hole.

Nothing can prepare you for the first glimpse of Alice. Two enormous red doors, each of which takes an entire day to open or close, envelop the 10,000-tonne detector. Billions of individual channels are located within, and thousands of colourful wires and cables snake across every surface. Look closely, and this remarkable feat of technology is revealed as intricately handmade: perfectly imperfect in its connections and disconnections. Hand-written labels denote certain sockets, showing the mark of an individual scientist or engineer’s hand from the past. The total effect is not dissimilar to that of a vast patchwork quilt. At another experiment, the Compact Muon Solenoid (CMS), the possibility of dark matter is being investigated.

“The first thing you need to be a physicist is fantasy. The second thing is curiosity. The third? An understanding of mathematics”

“We only understand what five percent of our universe is made of,” one scientist tells me as we travel down into the earth, leaving the other ninety-five still to be discovered. The CMS experiment is carved out deep below the ground, a dramatic feat of engineering that required an underground river to be frozen in the process. Unfrozen once the construction was completed, the water still flows under, above and around the cavern.

I ask another scientist what it takes to be a physicist. “The first thing is fantasy,” he says, smiling. “The second thing is curiosity. The third? An understanding of mathematics.” It is a whimsical perspective, but one that chimes with the sheer scale of the undertaking at Cern. Like a modern-day fantasy, these spaces dedicated to pure research feel almost imaginary, as if to emerge above ground is to awaken from a dream after all. As Alice exclaims in Carroll’s tale, “Curiouser and curiouser!”

Alice’s famous declaration of wonderment also lends itself to the title of an exhibition at London’s V&A, Alice: Curiouser and Curiouser, curated by Kate Bailey. Here, Carroll’s masterpiece is unravelled on a vast, theatrical scale, exploring the cultural impact of Alice across politics, psychology, language and identity. From Carroll’s manuscripts and sketches by original illustrator John Tenniel (created against the backdrop of a rapidly industrialising Victorian England), to Dorothea Tanning, Christian Dior and Peter Sellers, Alice’s story is unfurled through the creative minds it has influenced over the years. Cecil Hepworth’s silent film in particular demonstrates how the ideas of the book allowed the pioneers of cinema to experiment with their technology, before Alice was embraced by Hollywood and, inevitably, made blonde by Disney.

The real little girl who inspired the tale was named Alice Liddell. Her father was the Dean at Christ Church in Oxford, but she was still denied an education because of her gender. We know what she looked like thanks to photographs taken by Julia Margaret Cameron, and have proof of her friendship with Carroll because he dedicated his manuscript to her. She later sold it, to pay death duties after her husband died. In 1965 Dennis Potter wrote Dreamchild, a hallucinatory film that weaves together the real life of Liddell with the imaginary realm of the book. Alice has served as the inspiration for countless more filmmakers over the years, including Czech animation pioneer Jan Švankmajer and the Brothers Quay.

“The lasting impact of Alice in Wonderland is the ability to see the humour and absurdity of life, even in the most unexpected places”

Alice’s impact on the world of art is also undeniable. Yayoi Kusama considered her to be a symbol of the counter- culture, and in the 1960s it was often said that Alice was surely the first hippie, as she took a pill to get high. Even on the political stage, the influence of the rose garden, croquet and house of cards can- not be overlooked. The trial by the Queen of Hearts, bellowing, “Off with her head!” can be seen again in Rachel Maclean’s 2017 film Spite Your Face, which charted the political shifts in Britain at the time, and beyond. 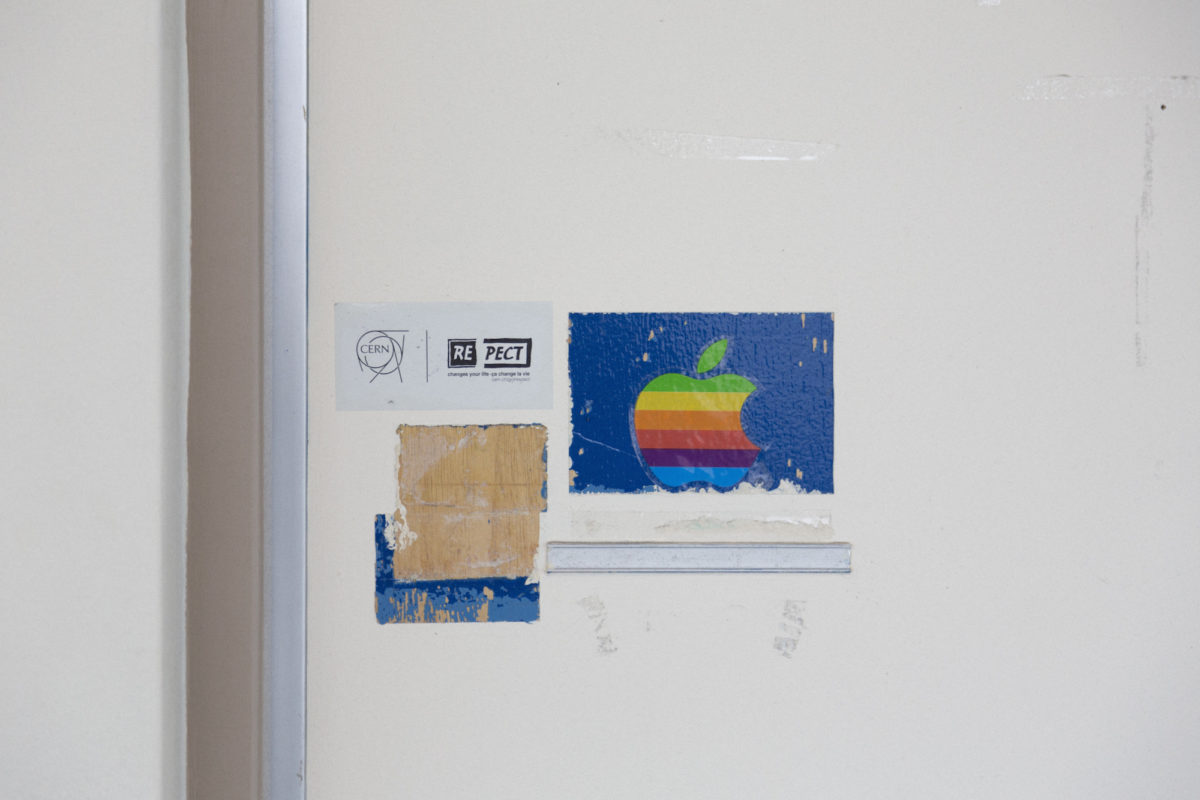 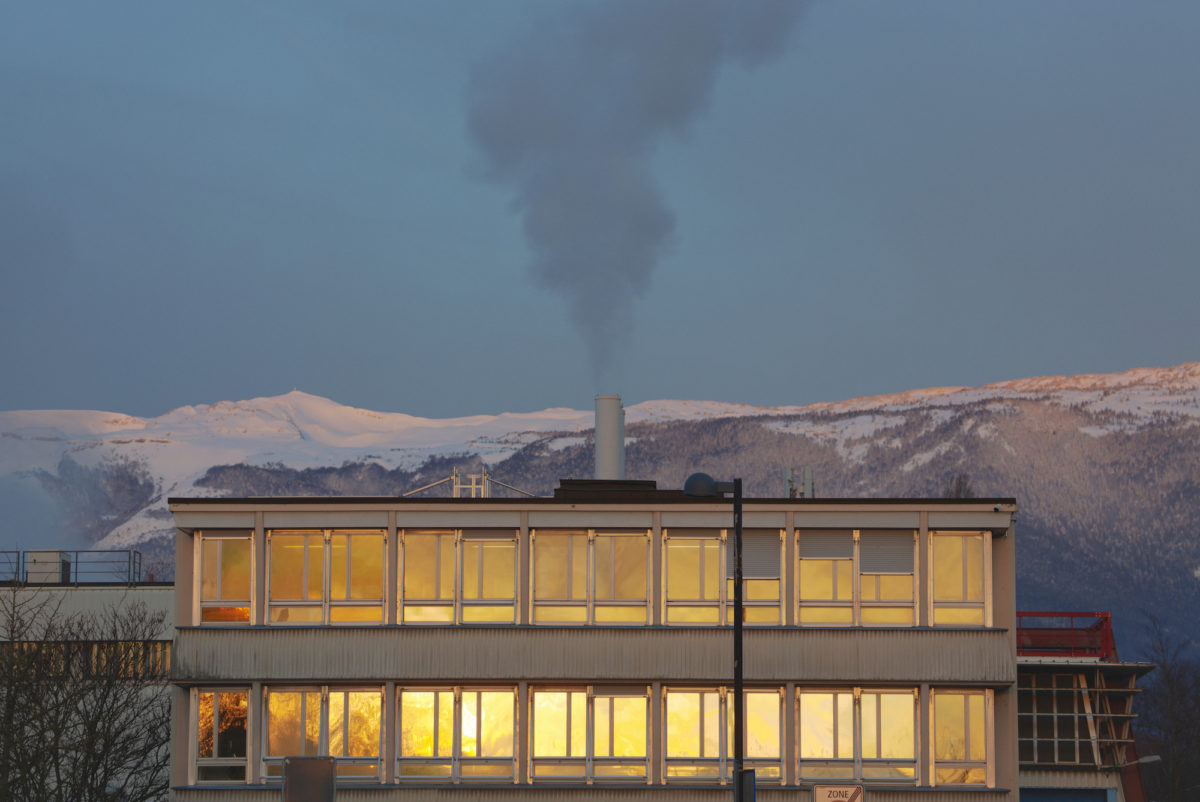 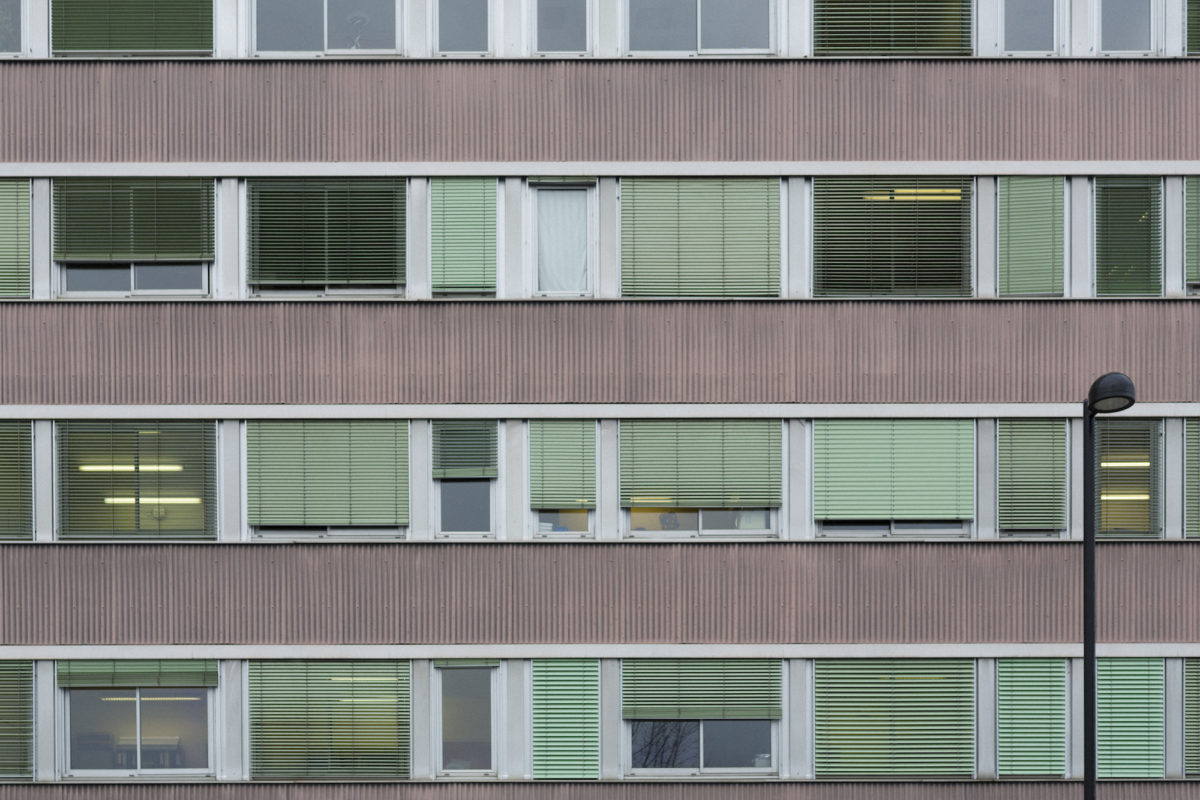 A film shot inside the Alice experiment by Mariele Neudecker last year considers the sheer scale of the undertaking at Cern. But wandering the corridors and offices that house some of the world’s foremost minds in quantum physics, it is often the quieter details that feel the most remarkable. A poster on one wall reads, “You Matter”, followed by, “Then, you energy.” In the cafeteria—a 1970s-era expanse of Formica tables and plastic dinner trays—the 2,500-strong staff jostle at the dessert counter as they load their plates. “Sorry, I wouldn’t want to collide with you!” one scientist jokes.

The lasting cultural impact of Alice in Wonderland is that ability to see the humour and absurdity of life, even in the most unexpected or banal of places— from a cup of tea to a black hole. Surrounded by mountains whose snowcaps glisten in the early-morning sunlight, Cern combines high drama with hard physics, and the silly with the surreal. Like Alice, these scientists set out to challenge perception itself, and to tackle the unexplained and unimaginable. Their secret is that they don’t cut through the chaos; they embrace it.

All photographs of Cern by Miguel Santa Clara for Elephant 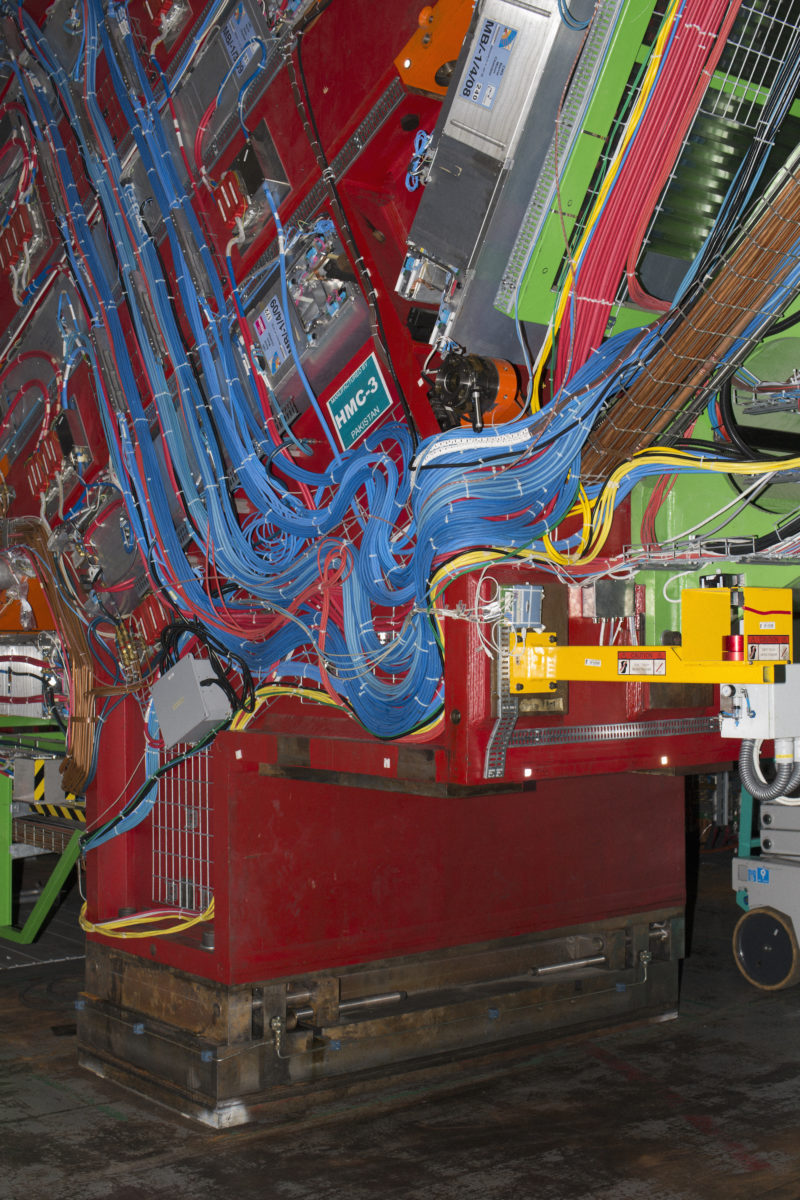 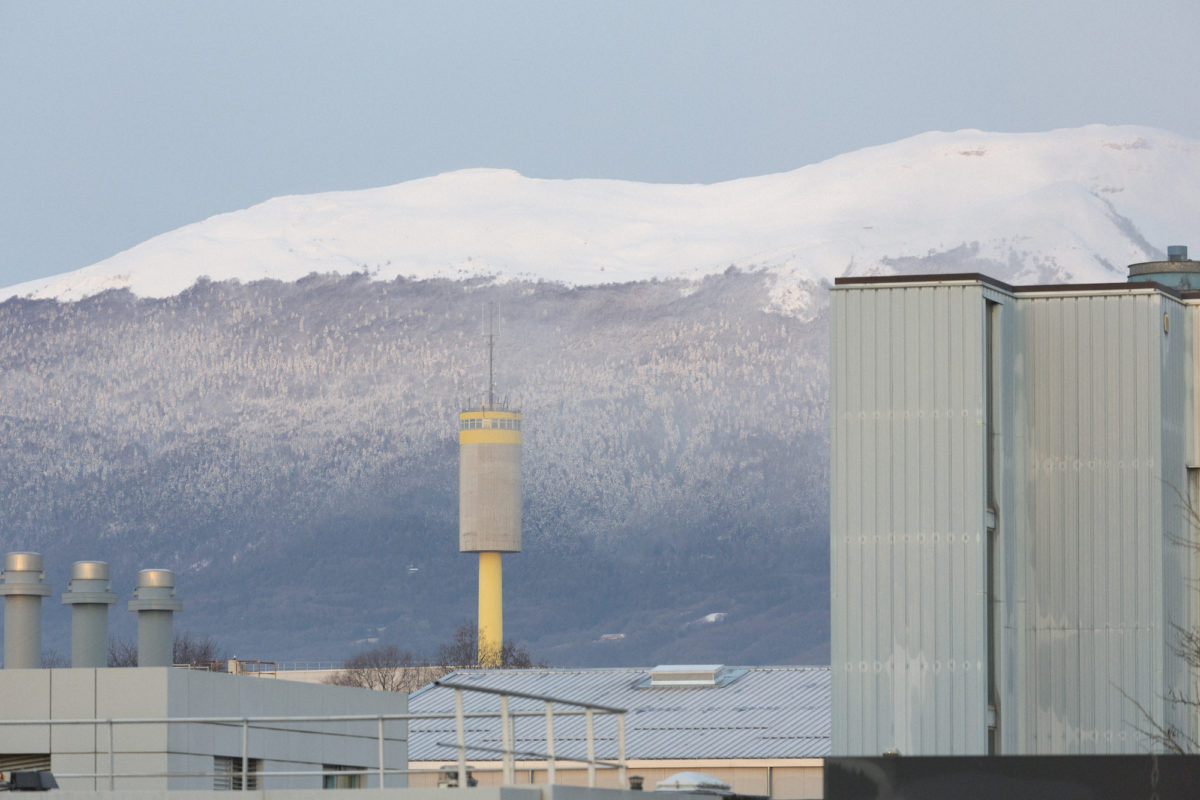 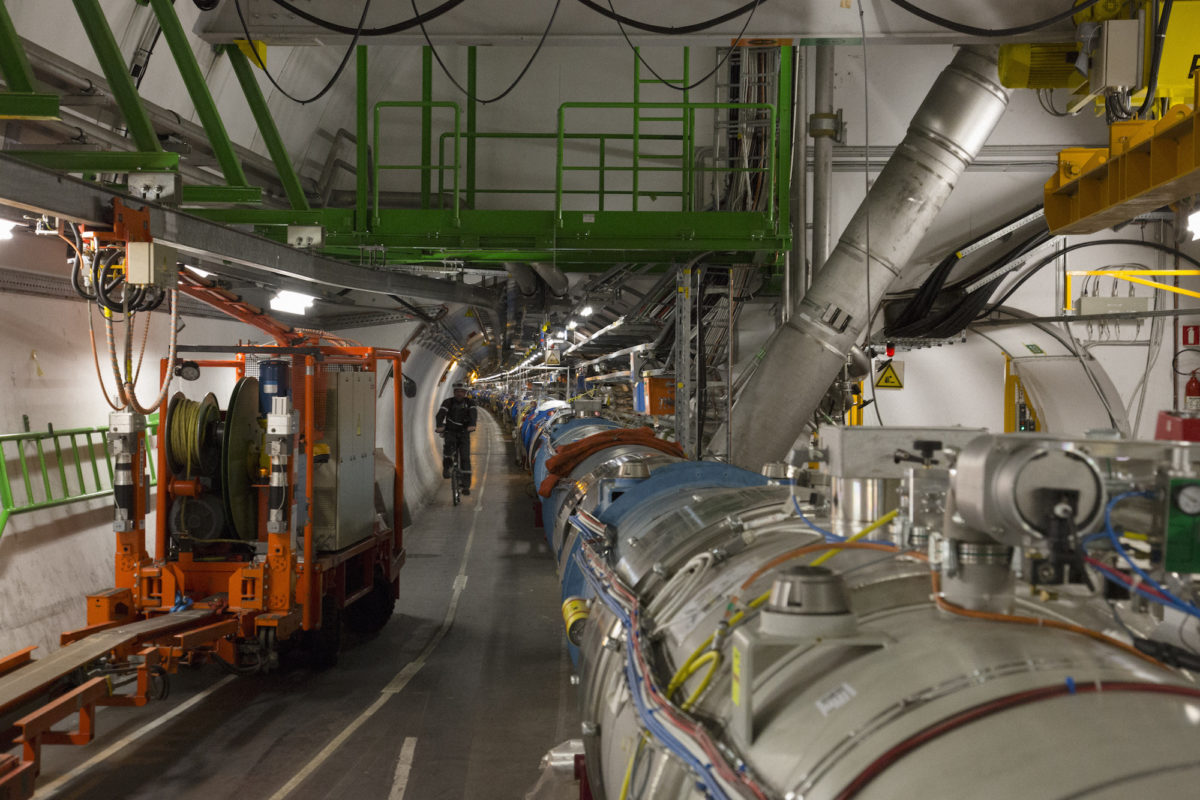 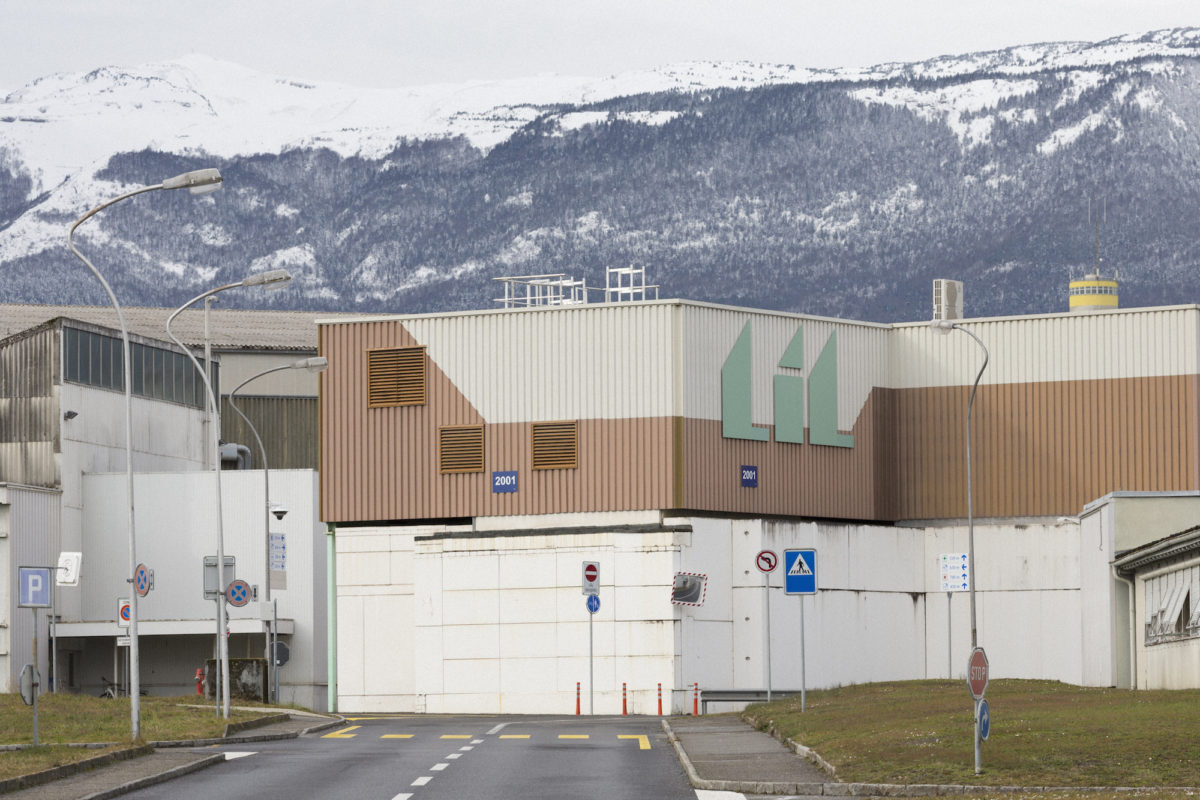 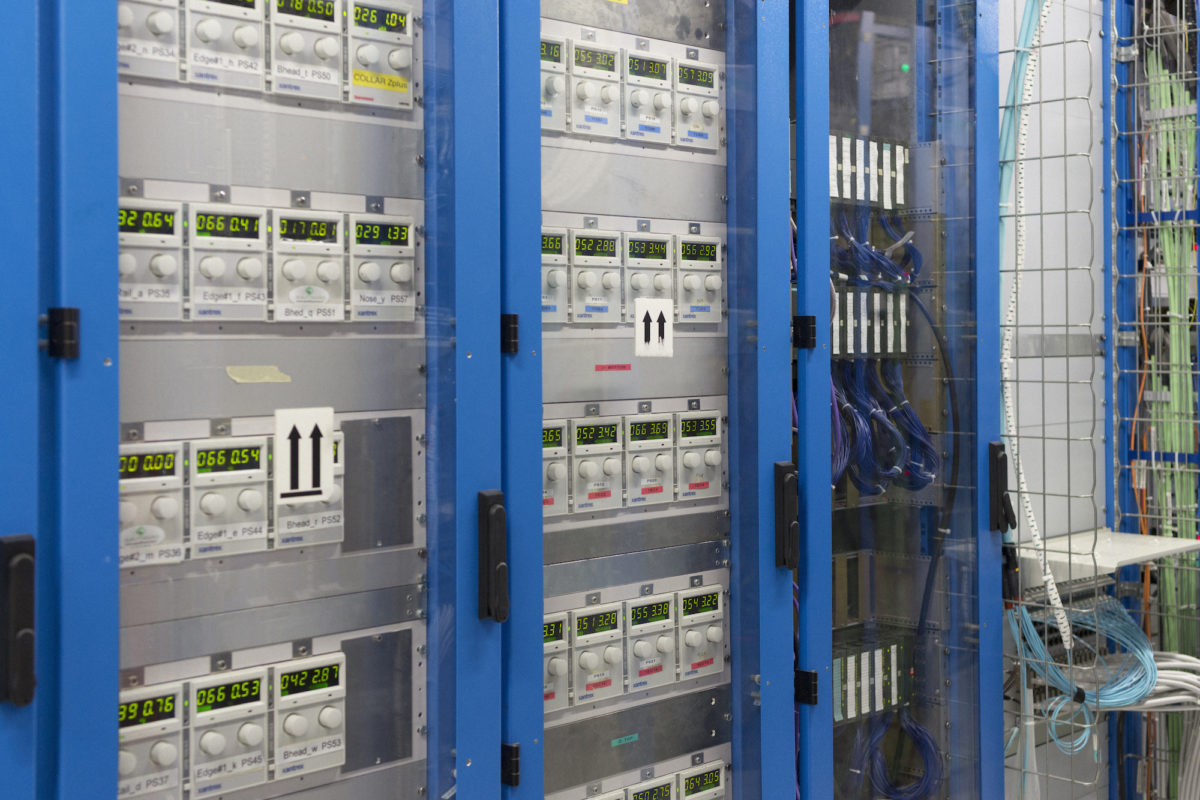 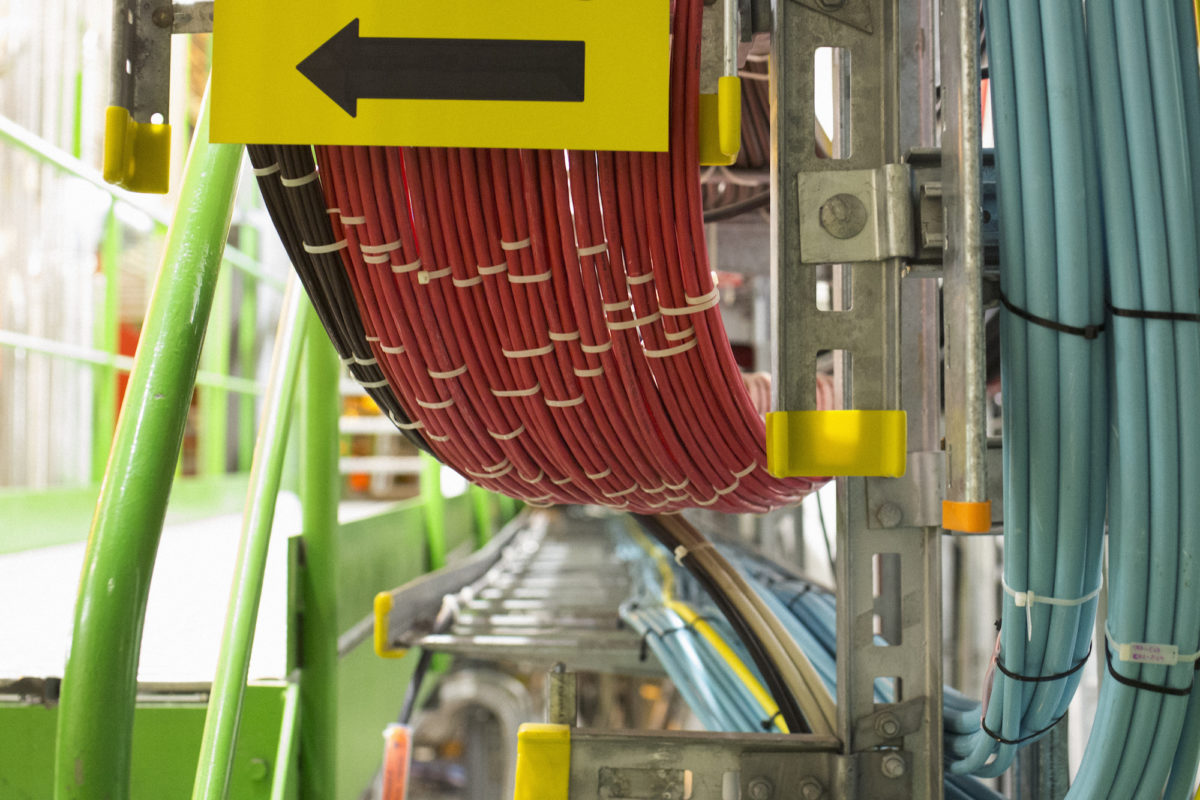 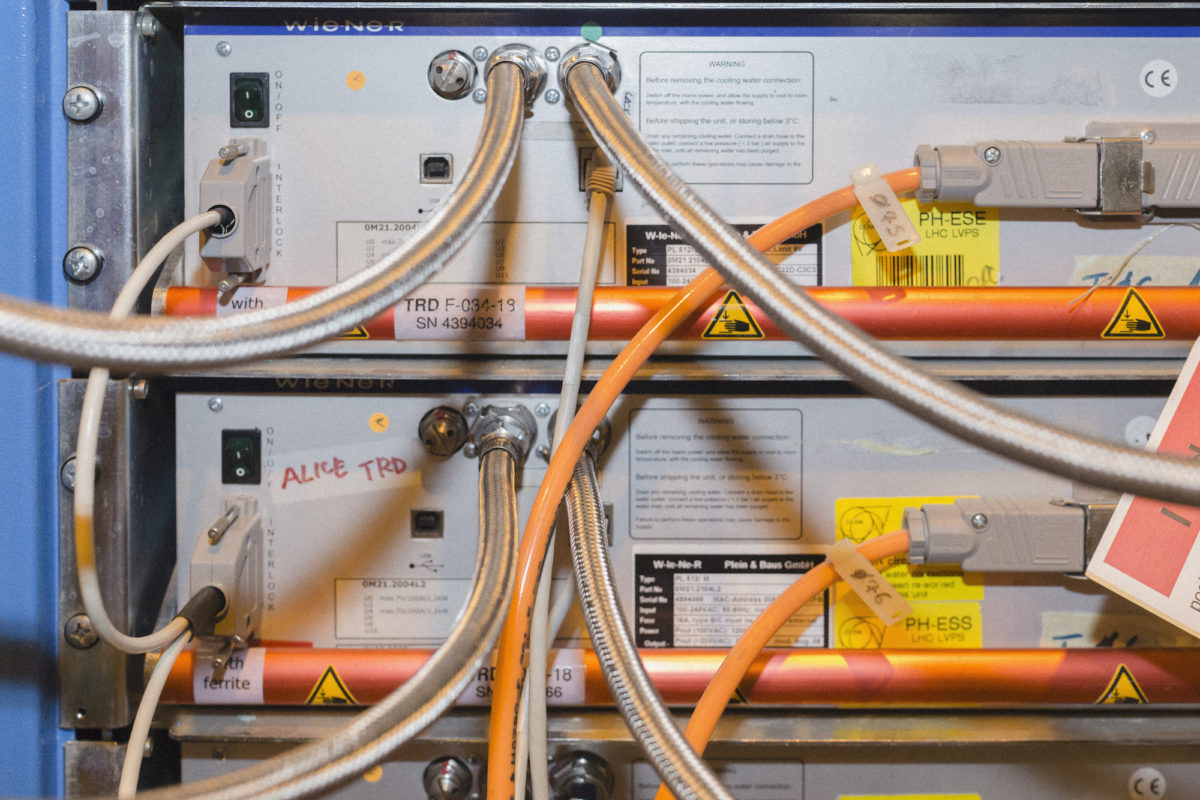 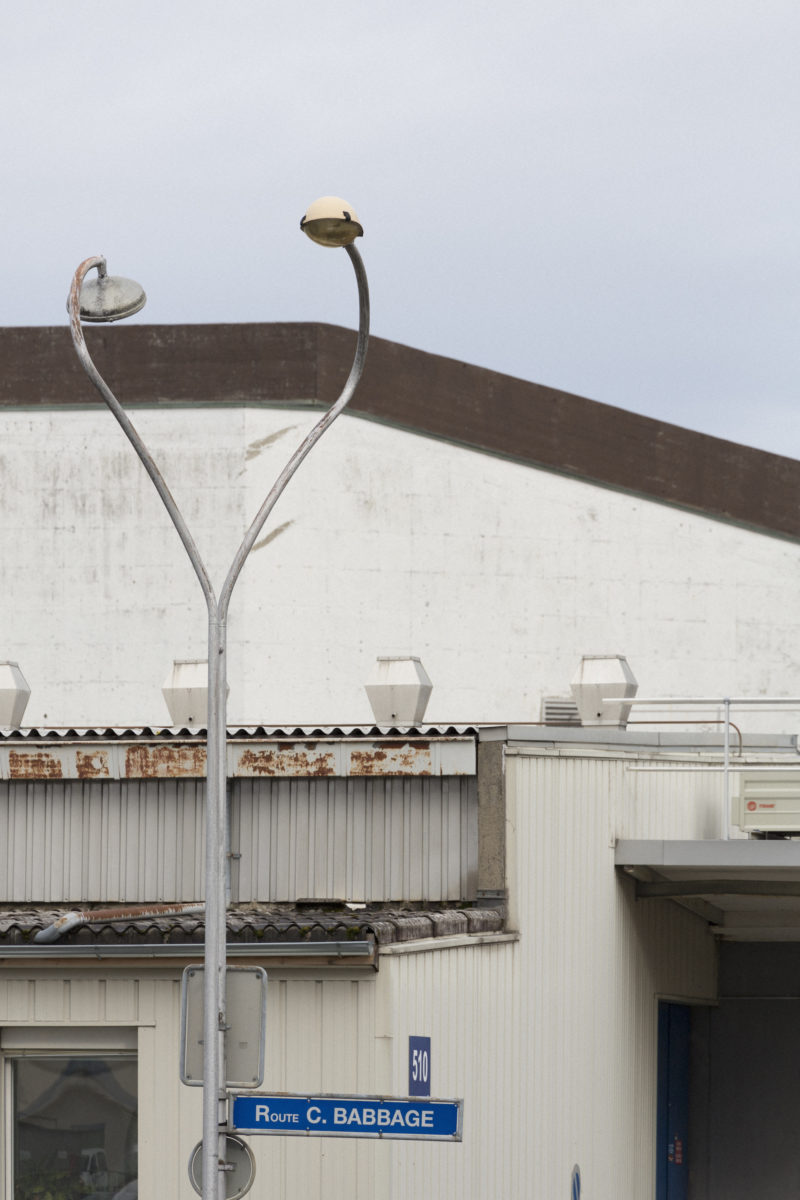 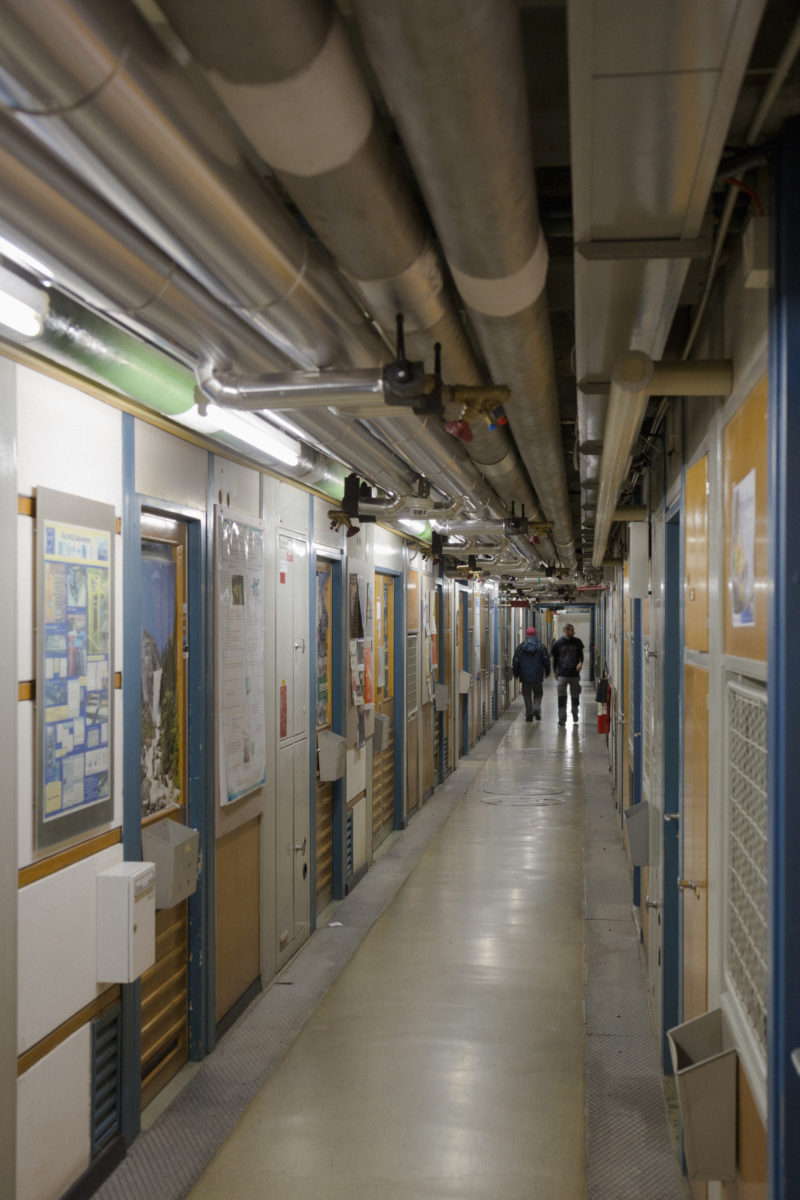 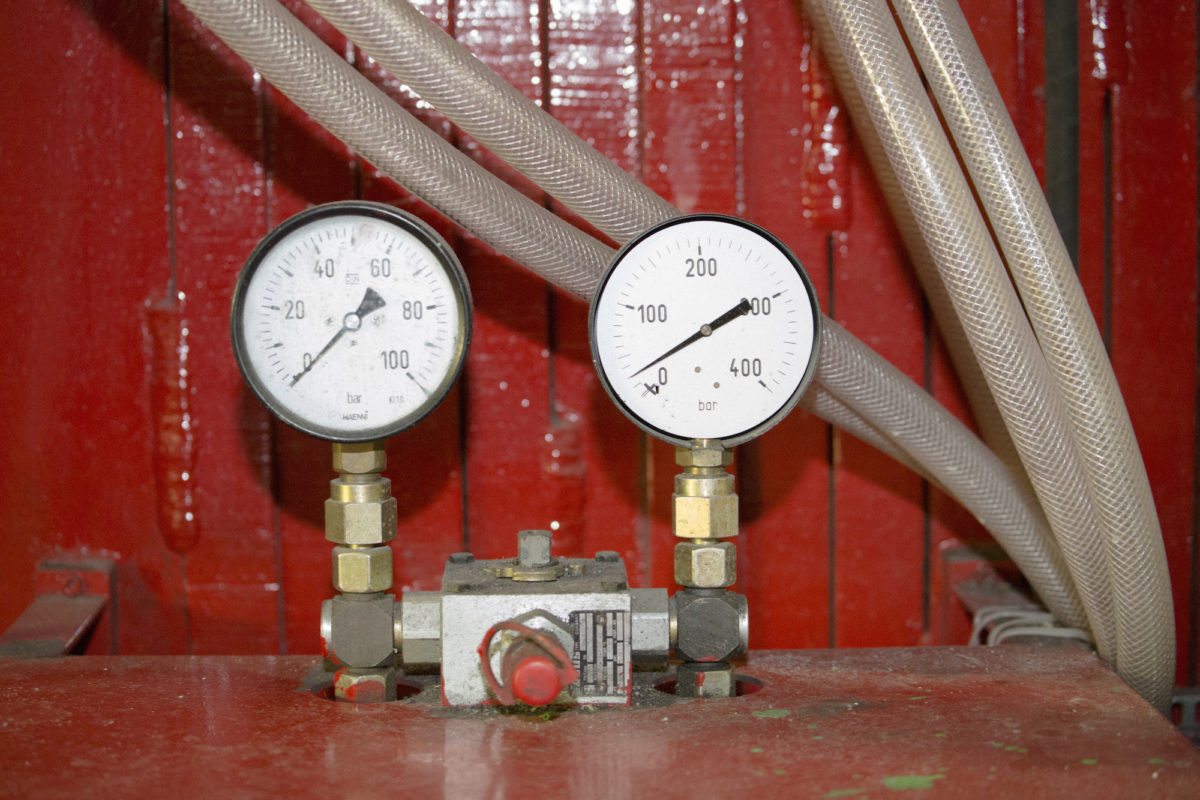 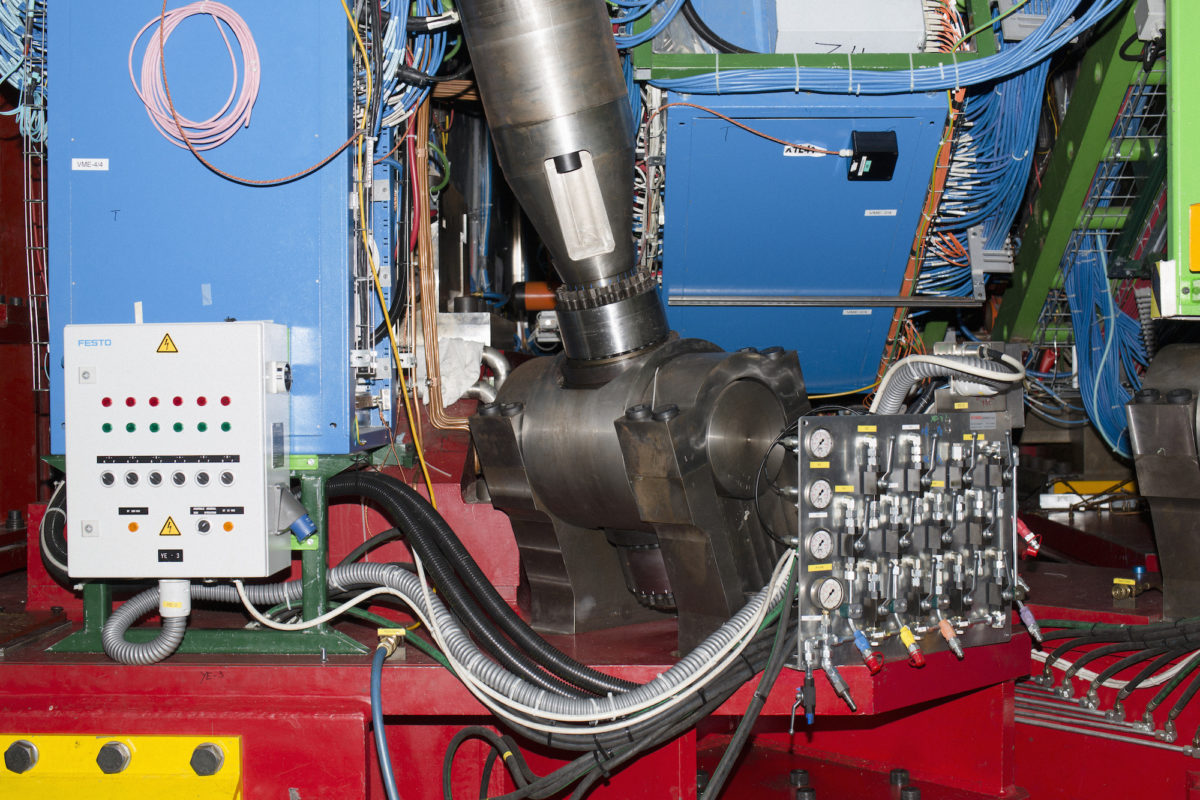 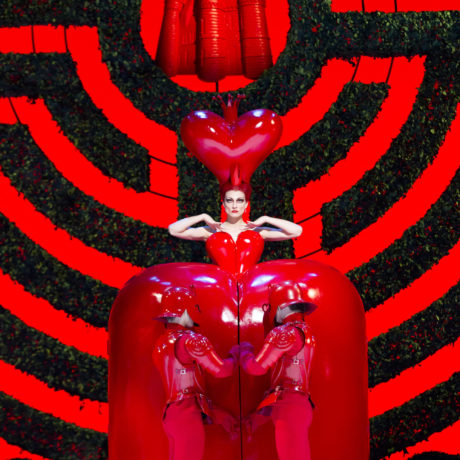