In the stifling heat of a summer’s day, there is little more soothing than a leap into the cool sea, immersed amidst the salt and waves. A snap of two brothers perched on craggy coastal rocks captured by Bologna-born photographer Nino Migliori conjures that longing for the relief of the water. The tension between anticipation and release is caught eternally on film, as one boy launches himself at an almost perfectly horizontal angle above the glimmering surface.

This portrait of a body immortalised in flight was shot by Migliori in 1951, just six years after the conclusion of the Second World War. It presents an emphatically relaxed portrait of a country that had spent recent years in conflict and under occupation. The culture and youth of Italy blossomed during this decade, following the fall of Benito Mussolini’s government, and neorealist cinema emerged from directors such as Luchino Visconti and Roberto Rossellini.

“In his portrait of the diver, Migliori cemented his commitment to the chance moments that can catch us by surprise”

As a committed realist who journeyed around the country following the war, at times staying with local families for weeks on end, Migliori represented part of this new movement. He captured photographs that went beyond the posed and perfected images that had previously dominated popular culture, seeking out images that were spontaneous rather than staged.

In his portrait of the diver, Migliori cemented his commitment to the chance moments that can catch us by surprise. Photographed in the popular seaside destination of Rimini, close to his hometown of Bologna, he met the two boys as they took turns to jump into the water. The endless horizon stretches beyond them, as if they are alone on earth with just the rock face and water for company. It is a photograph of boundless (if fleeting) joy, and a reminder of the simple pleasures of life after so long without them. 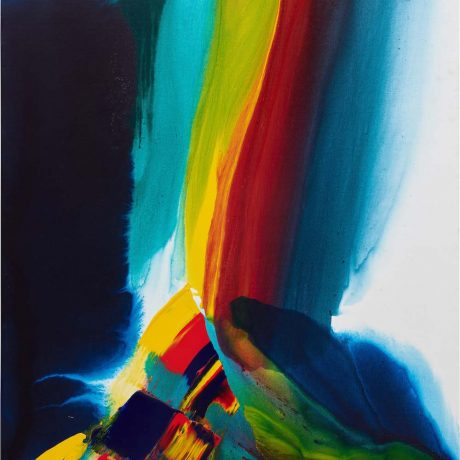