It’s difficult to know whether to laugh when looking at the work of Erica Eyres, but who said that comedy needed to be funny, anyway? Born in Winnipeg, Eyres grew up during the 1980s with parents who were keen amateur photographers. Her work frequently references the instruction manuals intended for hobbyist pursuits, which she first encountered around the house, as well as low-budget television shows. Her dark graphite drawings make direct reference to these reference materials, often featuring female amateur models in somewhat awkward poses, raising questions about the human stories behind the facade.

In her self-made videos, Eyres adopts costumes and wigs to extend her interest in the female subject, with results that range from the heartfelt to the hilarious. Her alter-egos suggest elements of self-portraiture, while also distorting her image away from the directly personal and into the realm of the political. Her tragic-comic approach is suggestive of caricature, but there is a tenderness to them that challenges the cruelty of satire. Having completed her MFA at The Glasgow School of Art in 2004, Eyres has lived in the city ever since.

I love your drawings of women, which are often imbued with an awkward kind of nod to sexiness. What are you looking to capture in them, and what role does satire play in them?

I usually work from found images, magazines and books that I buy online or in charity shops. I’m quite attached to out of date material, beauty manuals and things from the 1980s that have now been replaced by YouTube. My newest works are based on British fetish magazines from the seventies and eighties. I always have a certain criteria. I’m looking for eye contact between the subject and the viewer. Also the pose, that awkwardness, a certain amount of amateur quality; where they’re mimicking a pose that they’ve seen before, but there’s something subtle which makes it obvious it’s not a professional model. But I generally don’t use images that are more explicit or pornographic because I feel like it’s a bit of a distraction.

In terms of satire, there is something that changes in the images through drawing, although I’m trying to make them as similar or referential as possible. They acquire a heavier emotional impact; they’re in black and white, heavy and kind of carved out. That’s my style of drawing. I guess satire is there in the mimicking of a pose but there’s something different, too. Some of my recent ones have more depth of background, like if they’re in the kitchen and there’s a can of beans in the background. I look for them to not be slick, unlike the way that images are now where the bodies are so controlled. I enjoy images of different types of bodies that aren’t photoshopped or held in difficult, ridiculous positions.

“I’m looking for eye contact between the subject and the viewer. Also the pose, that awkwardness, a certain amount of amateur quality”

What is your relationship to drawing specifically? What appeals to you about the pencil, and how did you develop your heavily shaded realist style of drawing?

I’ve been drawing for as long as I can remember. It’s the most familiar medium to me, even though I work in video and sculpture too. My drawings have changed over time, and it depends what the source material is. I’ve done a series based on a nudist magazine, where the faces were quite detailed but the bodies were a bit more like a line drawing; that was emphasising the poses, and they all had this lightheartedness to them. In the recent drawings I’ve gone back to this heavy way of working; I’m not so conscious of it but my mind is just trying to study the image, and trying to imbue some likeness into the drawing.

I’ve always drawn compulsively. When I was really young I’d just draw and create narratives and  imagined stories where I’d talk to myself. When I was a teenager I started drawing from images. My parents were amateur photographers, and they had a lot of these reference books around, like how to photograph women or use different special effects, and I looked at those a lot. I ended up using them again in 2013, when I did a bunch of larger drawings from those books. I suppose I’ve always had this interest in physical books and manuals. I don’t know if it’s just the way that I learn things: I prefer to teach myself things, and I’ll often buy a book and do it. Now I have this interest in outdated things, but I suppose there’s a familiarity to those images for me as I grew up in the eighties. I have an attraction to complex hairstyles, for example.

Where do you look for your source inspiration, and what are some of the books, films, TV shows and other aspects of visual culture that have influenced your work?

For the videos it varies, sometimes it’s something I’ve been binge watching, in a weird way. I remember watching a lot of Little House on the Prairie, and there was something about the narrator, the voiceover, and that somehow crept into a work that I ended up using with a voiceover. It’s narrative and plot that I’m interested in, but it’s a bit random. It’s difficult to say where it comes from, sometimes I’ll just force myself to come up with an idea even if it seems really outlandish. I used to write quite organically, I would start by building the character in front of the mirror, with the costume and a wig, and then I would edit the script that way as I was speaking, just by doing multiple takes.

In the past few years I’ve tried to do more planning and write more elaborate scripts. I used to just film them all in my flat or in front of a green screen, but now I do them in more diverse locations, so it helps to have more of a plan in place. Sometimes I use autobiographical elements but it can come in quite unconsciously, and sometimes I realise how they relate to things that were going on personally at the time that I was making them. I do definitely watch a lot of comedy, and that affects it in terms of my timing. I watch a range of stuff; I was really into Arrested Development, and I can just watch shows like that again and again. I also liked The Young Ones when I was a teenager.

What place do you think that comedy has in art, and how do you use it as a tool for your work?

I use comedy as a way of presenting darker narratives. I don’t want to just be funny, but I don’t think that all comedy is just funny, either. There are always a lot of darker references, but I do use comedy as something to balance out, or I play with fiction and emotion to present something that’s autobiographical. I guess it makes it quite slippery, where you’re never really sure.

Sometimes, when I screen the videos, some people won’t laugh at all. I enjoy that you get really different reactions. It’s like people are afraid to laugh because no one is, but then other times loads of people will be laughing. This discomfort interests me, when people wonder if it’s appropriate to laugh. I feel like it has become more acceptable in the past few years to make work that uses comedy. Maybe it goes through phases in the art world; I suppose it just depends what kinds of trends are happening. Then years ago it felt like people didn’t really take you seriously if you used humour.

“I use comedy as a way of presenting darker narratives. I don’t want to just be funny, but I don’t think that all comedy is just funny, either” 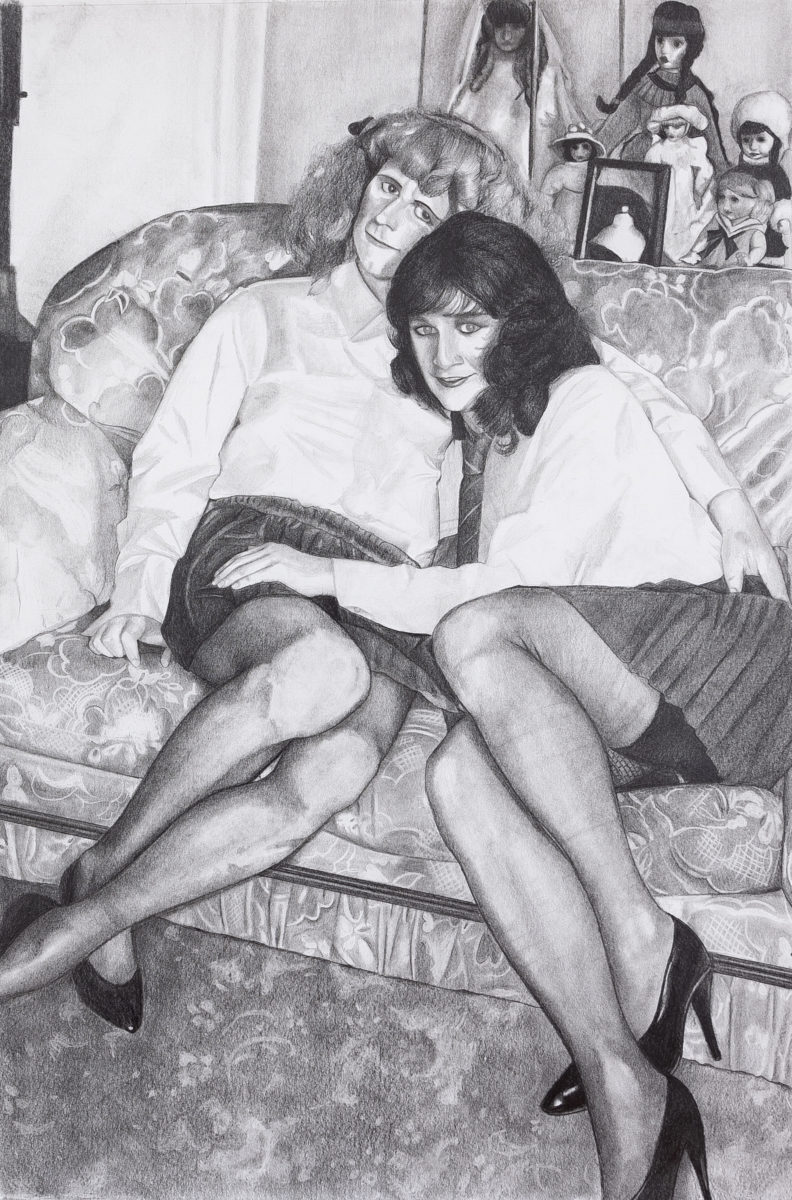 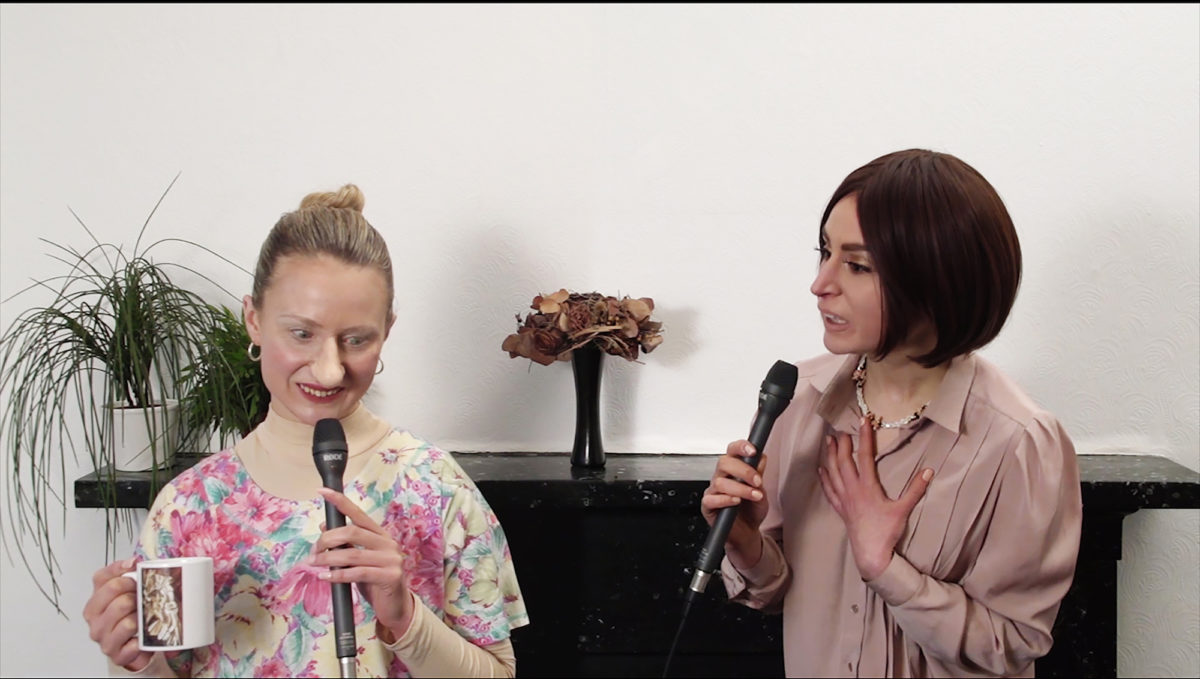 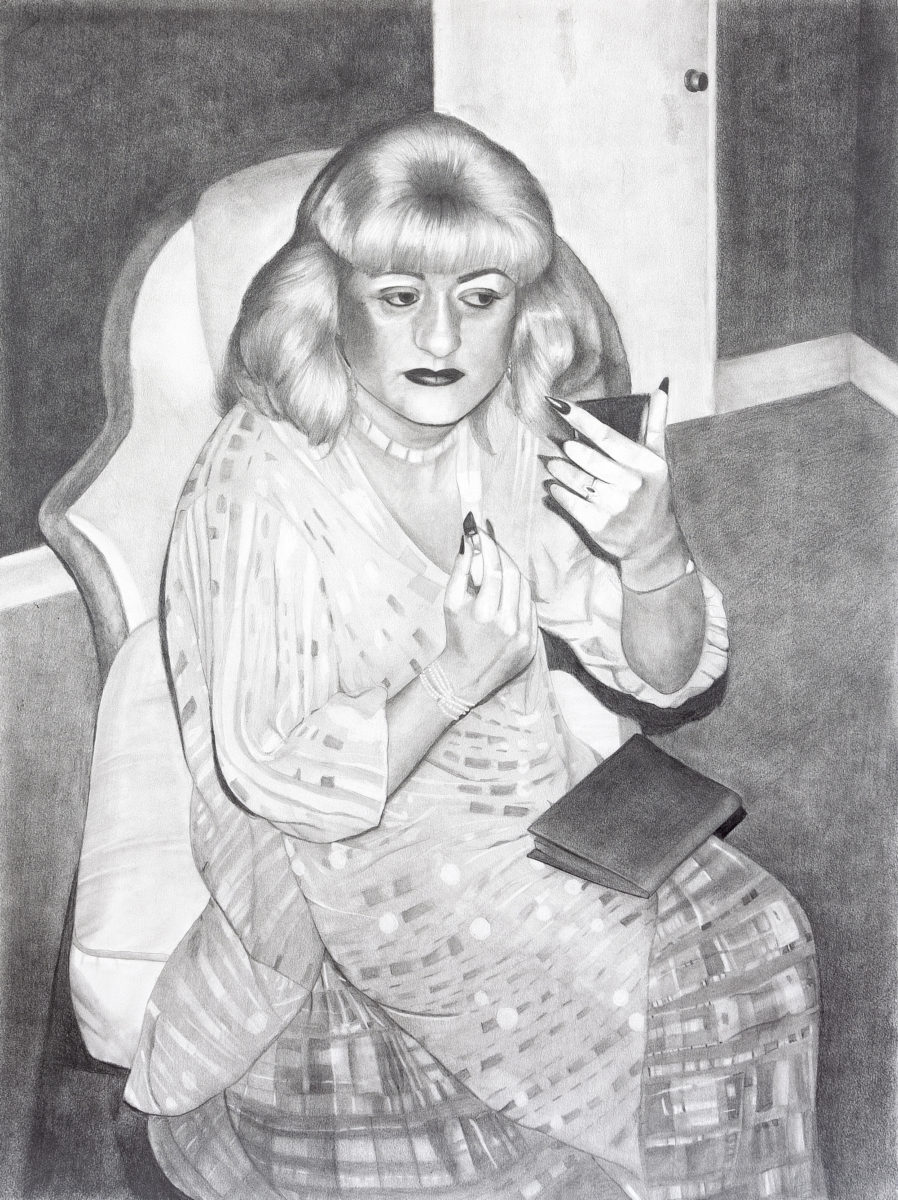 Your characters and drawings are most often female. What is your relationship to the representation of women in art and popular culture and how do you approach this as a female artist yourself?

I’m interested in representations of how women are perceived as almost aggressive. I think that comes into my videos especially, perhaps because it’s antithetical to my own character, so I sometimes try to imagine myself if I was more aggressive. I think it’s partly because I am a woman, and so I imagine myself in different roles. It goes back to combining self-portraiture and autobiography with fiction, using things that I partly identify with and things that are antithetical to me.

I suppose there’s just been such a change in the last ten years in terms of how women represent themselves in photographs. In terms of art, I have always been interested in using things that are traditional like nudes or self-portraiture, but subverting them in some way, or complicating that. It’s partly by using found images, and thinking about the dynamics of who’s taking the photograph; the person’s motivation for being photographed; and how they want to represent themselves. Especially with the magazines, you’ll see the same people throughout, the same characters.

The models do, to some extent, seem like exhibitionists, and sometimes I’m not sure if it’s fiction or not. It seems like they’re reaching out. I first got interested in them through magazines like Zoo and Nuts, men’s magazines that you would get in supermarkets, and they had this section that was women sending in pictures of themselves. You could text to vote for them, and then the winner would get their own personal photoshoot. I wondered, did they take those pictures themselves (it was pre-iPhone) or did someone else photograph them?