Extinction…. Rebellion! Extinction… Rebellion! So shout the protestors who have been busy taking over London and several other cities around the UK for the last two weeks. It has felt at times like the national media has echoed their chants; try picking up a newspaper of late without encountering coverage of the activist group.

This is in no small part due to the smart tactics and switched-on visuals that those involved in Extinction Rebellion have deployed consistently, from regular dance, theatre or performing art recitals presented impromptu in the streets, to a logo that makes an immediate impact with its distinctive X forming the shape of an hourglass. While the group was only established last year, with the aim of fighting against ecological collapse as a result of climate change, its logo already feels iconic.

This logo has been taken up with enthusiasm by the group’s members, replicated and transformed on placards, banners, t-shirts, jackets and even socks. In true DIY fashion, some have hand-stitched their message, while others have spray-painted directly on to whatever material they can find. Together, it is a wild array of colours, shapes and textures, and a celebration of the freedom of expression that is let loose in the act of protest. 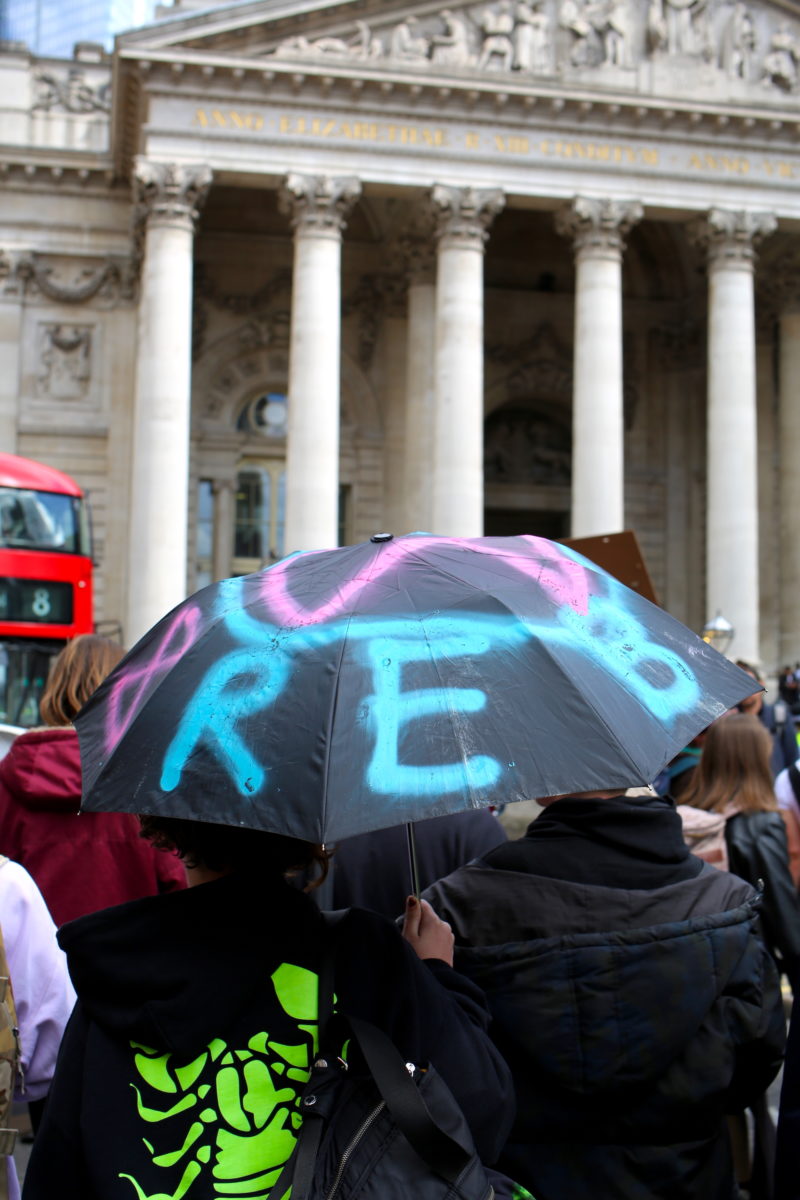 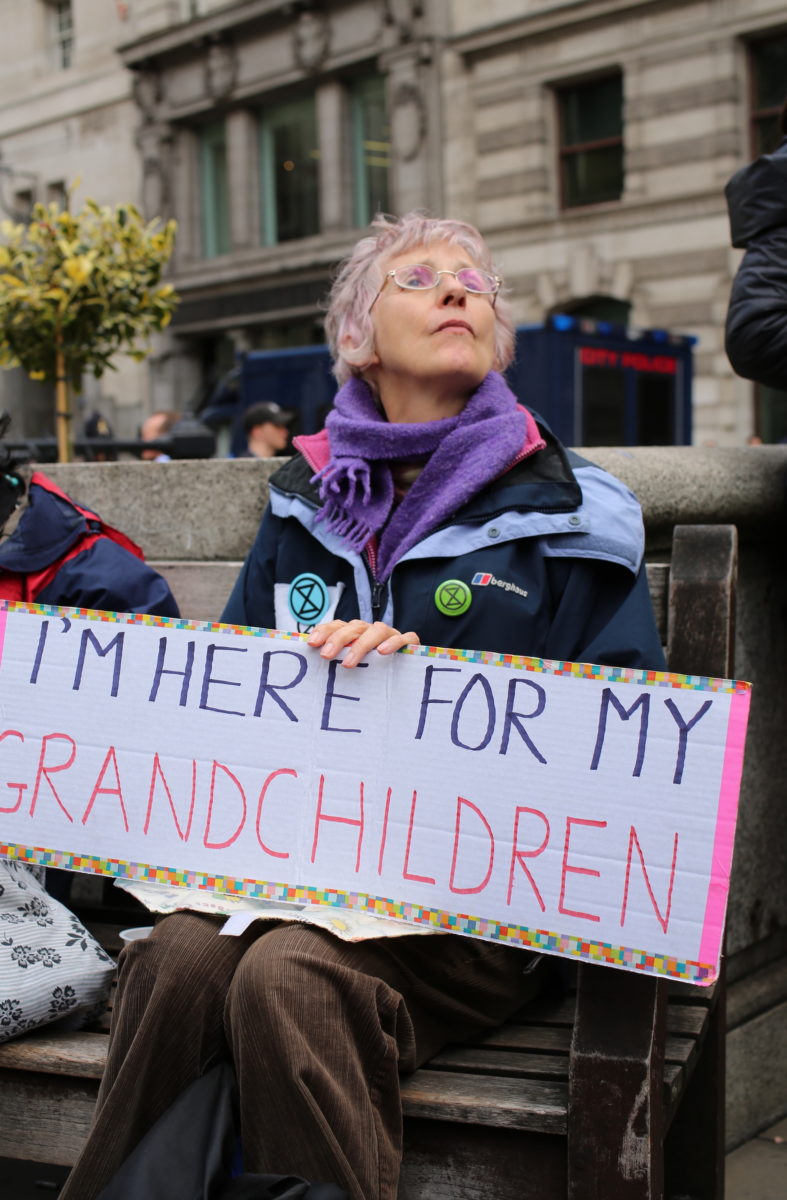 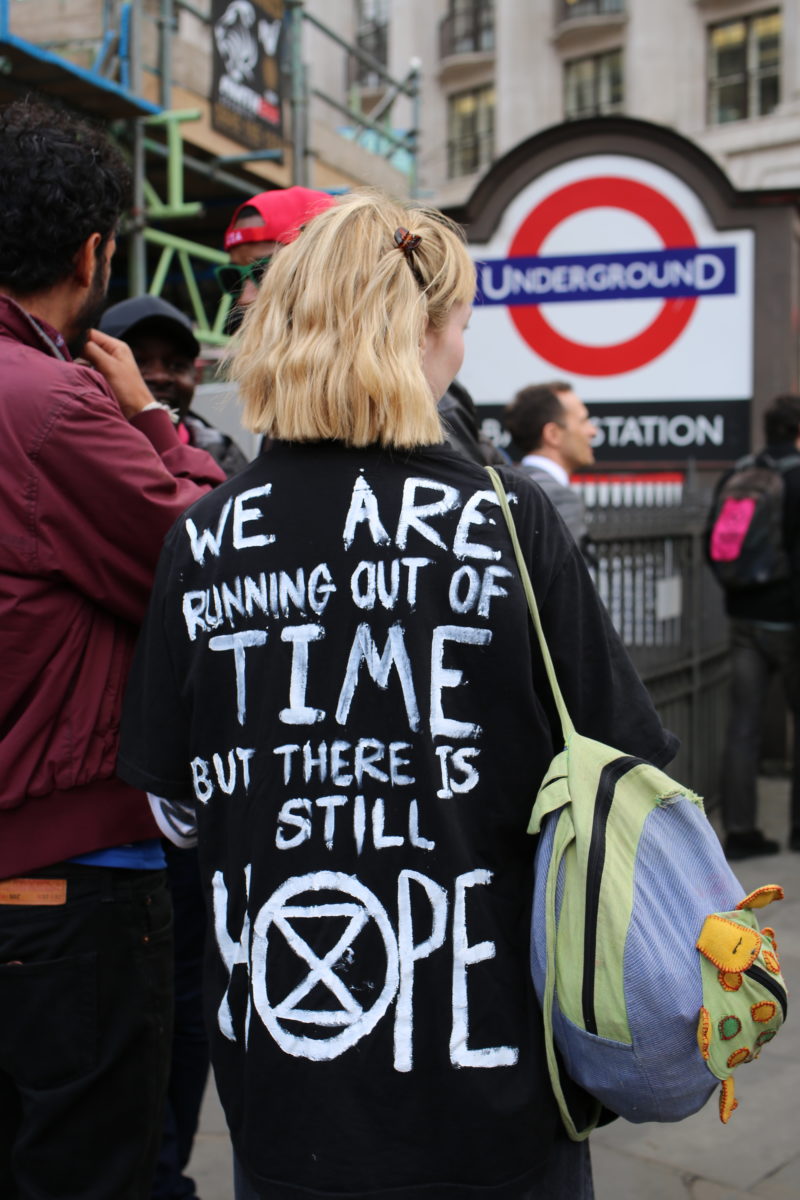 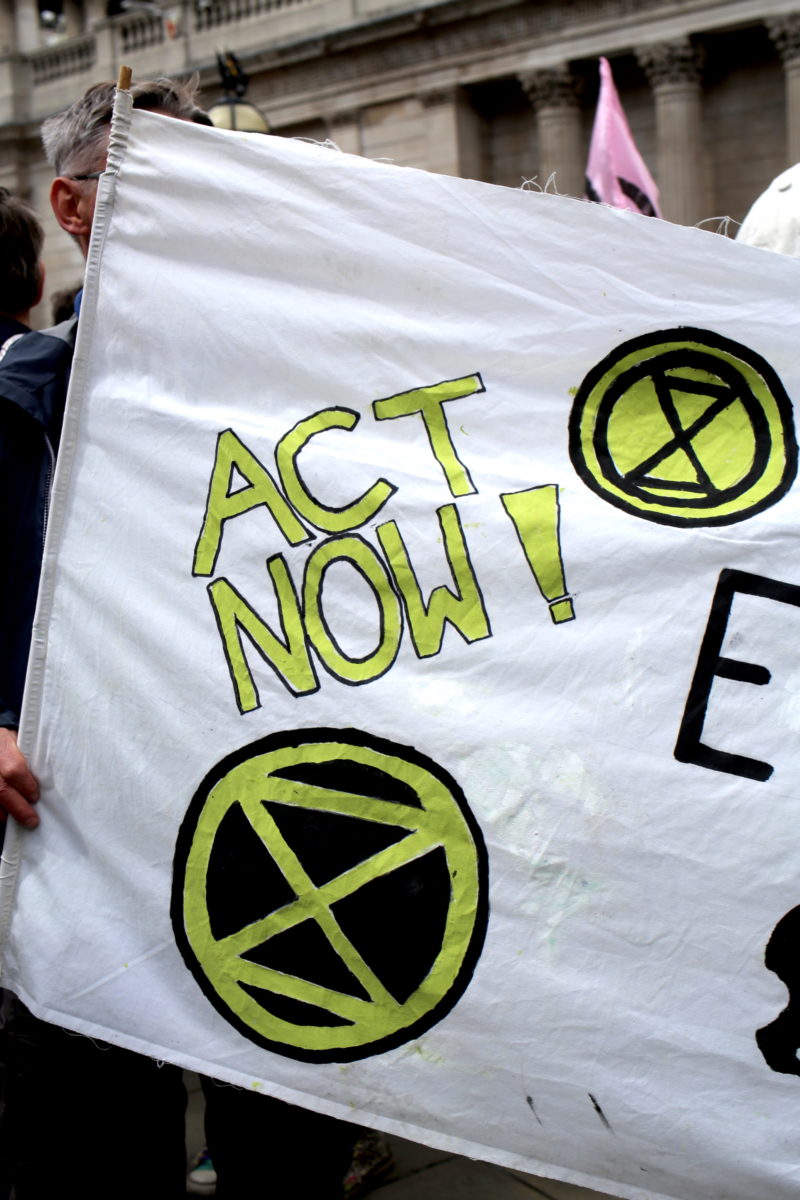 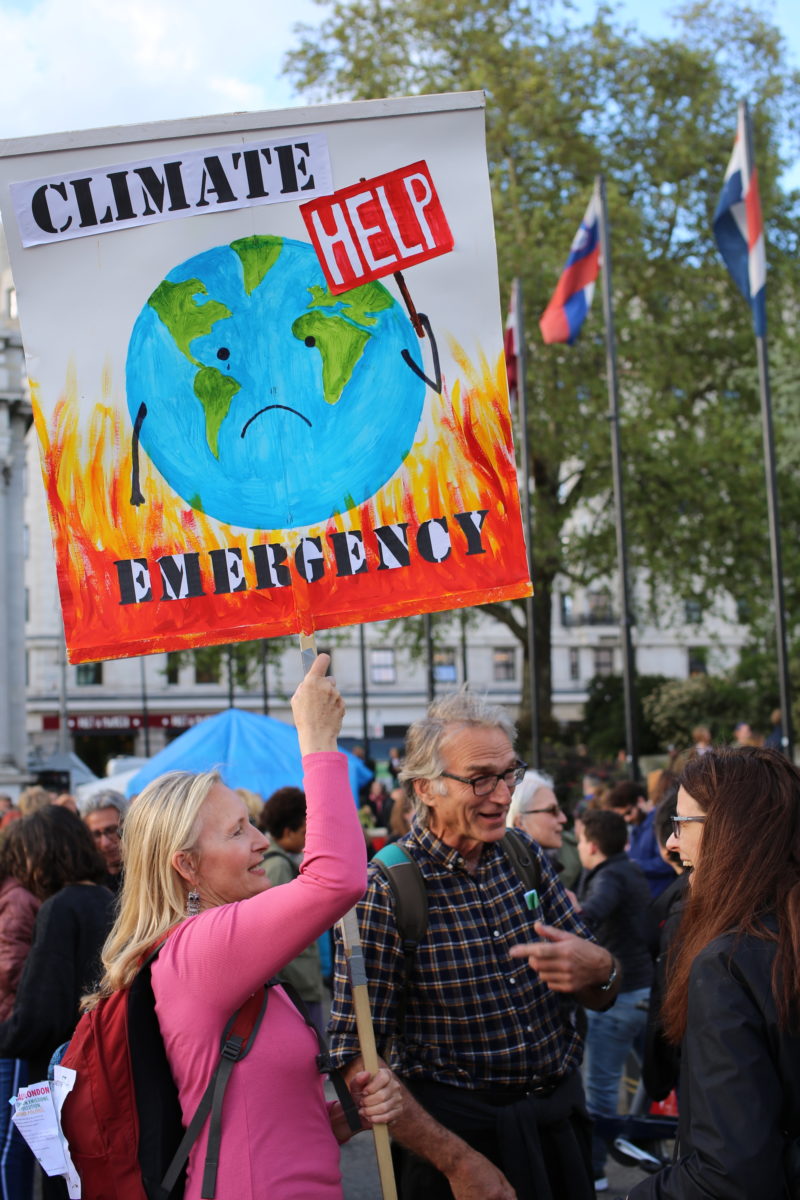 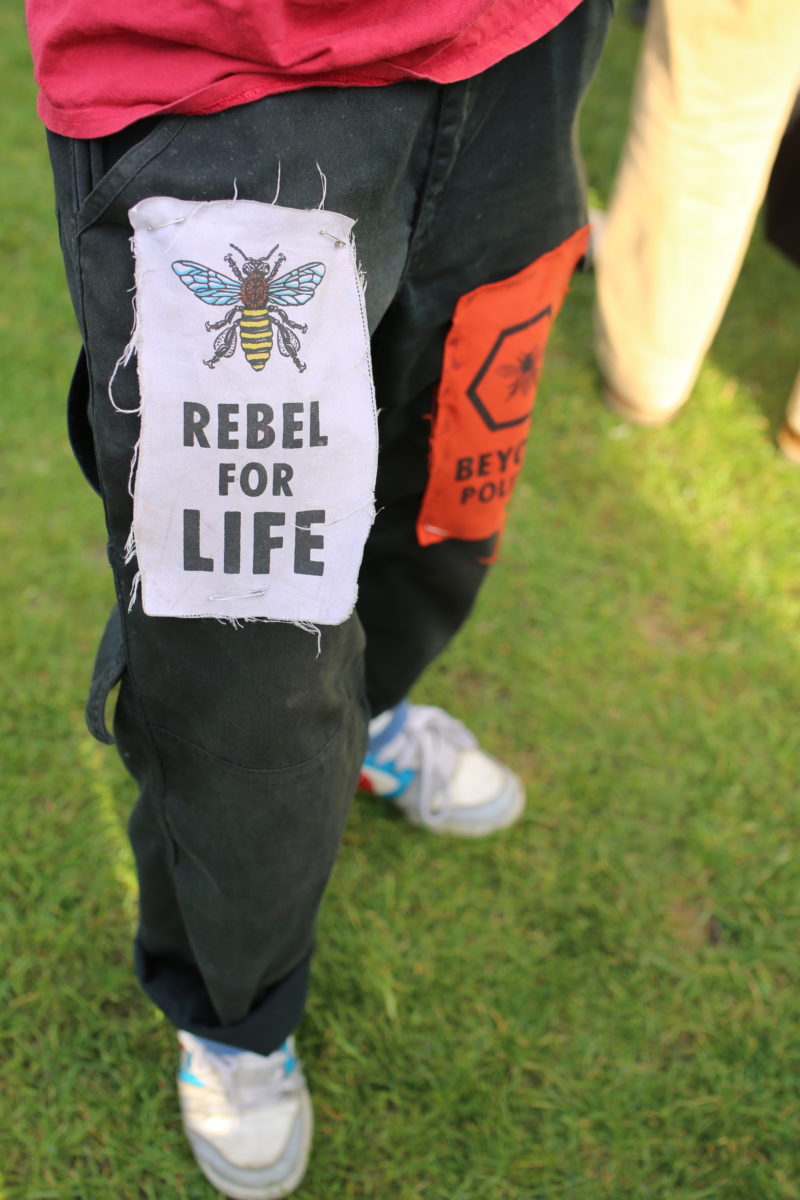