In April 2019, I was in capsule A606 of the Nakagin Capsule Tower filming someone singing and playing guitar. The musician was the son of the owner of a long-established gyōza dumpling shop in Tokyo. There was a mania about Tokyo at the time: it was a year before the Olympics were originally due to open and redevelopment projects were being pushed through in a hurry everywhere. With the new plans for the city, the gyōza shop that the musician had grown up knowing from childhood would be forced to close and leave its premises.

The camera captures his expression as he bears his soul and sings from the heart. The room’s old television set shows a news report about the new Imperial era just beginning. The Heisei era was coming to an end to make way for the Reiwa era and all of a sudden, the faces of friends who had died began to appear in my mind. I was struck by the clear realisation that they would now be left behind in the Heisei era, and I would have to go on living in the Reiwa era without them.

“Modern society is approaching a turning point. On one level, this is a discussion about whether the society of the future will be an information society, a hyper-technological society, or maybe a society with extensive choice. On another level, this is an attempt to examine how our lifestyles will be transformed in this new age” (Kishō Kurokawa, The Age of Capsule Housing)

The Nakagin Capsule Tower was designed by Kishō Kurokawa and is an example of the architectural movement Metabolism. It was commissioned by Torizō Watanabe, manager of the Nakagin Mansion Corporation (now the Nakagin Integration Corporation) who had been deeply impressed by Kurokawa’s Takara Beautilion at the 1970 Japan World Exposition. After roughly five months of designs and one year of construction, the Nakagin Capsule Tower was born. Nakagin is a contraction in Japanese of the name of the ward and district where the building stands (Chu-ō ward, Gin-za district—in Japanese, the character for chu can also be pronounced naka).

“As Kurokawa says, the capsule is a negation of any predetermined moulds that we may be forced into”

The Tower was configured around the 140 capsules which themselves were designed to be reproduced and replaced, like the component parts of a machine or even the cells in a living organism. “Each capsule—that is to say, each unit—is an expression of the idiosyncrasies of each individual,” wrote Kurokawa in Oh! The Code of the Cyborg. “The capsule represents the defiance of the individual who stands in opposition to organised structure, and the insurrection of those idiosyncrasies that are opposed to standardisation.”

As Kurokawa says, the capsule is a negation of any predetermined moulds that we may be forced into and was designed to be an active form of architecture containing the possibility of all kinds of choice. In that sense, it can be seen as a manifestation of the ideologies that came to embody Tokyo as it healed its war wounds and experienced a remarkable metabolic regeneration, within the atmosphere of the Olympics, the World Exposition and a period of rapid economic growth.

Unfortunately, none of the capsules have been replaced to date, and the Nakagin Capsule Tower is scheduled for demolition. One of the reasons for this is that rather than having a sole owner managing all the individual leases in keeping with the original plan, the Nakagin Mansion Corporation approached the building as a condominium and sold off each capsule one by one, meaning that any replacing of capsules would have to be agreed with each individual owner.

This along with the large sums of money and major works involved in replacing capsules meant that Kurokawa’s vision was never realised, and his efforts were in vain. The building continued on a downward trend, looking ever more tired and aged, and it now finds itself in a position where there is no choice but to take it down. There has been a crowdfunding bid to raise money for a survey in order to document and study the building as well as to try to preserve some of the capsules; but the reality is that the vast majority of the capsules are destined for the scrapheap.

Many have critiqued Kishō Kurokawa’s Metabolism as amounting to nothing more than conceptual ideas. For me the concept of Metabolism suggested an antithesis to the Western “scrap and build” model, but to simply say that it counteracted the culture of single-use, disposable consumerism does not do it justice: it was an attempt to bring the past into the future.

From Tsukiji fish market to the Harumi passenger ship terminal, the redevelopments taking place across Tokyo for the Olympics have uprooted much of the city, leaving little trace of what once was there. When it was reported that the Nakagin Capsule Tower would be demolished, a swarm of sensationalist journalists began to flippantly throw around the hashtag #famous_showa_era_buildings, as if by simply swiping it off their screens with their fingertips they were actually tearing down the tower.

“It was an attempt to bring the past into the future”

I wanted to fight back against this empty symbol of consumerism and use my camera as an act of resistance. Of course, I was forced to suspend my activities at certain points during the coronavirus outbreak but, one month at a time, I have been filming. Over the past two years I have shot more than 30 films which will leave some traces of the times we are leaving behind. In the same way that Kishō Kurokawa calls it “a place to rest in order to regain yourself”, and “an information hub where you can construct the ideologies that most reflect yourself” (The Age of Capsule Housing), room A606 is an important place for me.

At the moment, I am trying to finish a new film. It is a reading of The Stone and the Flute by Hans Bemmann, accompanied by improvised guitar. One of my friends, who has now passed away, used to love The Stone and the Flute. The subtitle to the novel is “This is still not everything” and that is a motif that runs through the whole story.

Kōichi Wakui is a filmmaker living in Tokyo. He has been filming musicians in the Nakagin Capsule Tower since 2019. Translated from the original Japanese by Bertie Playle 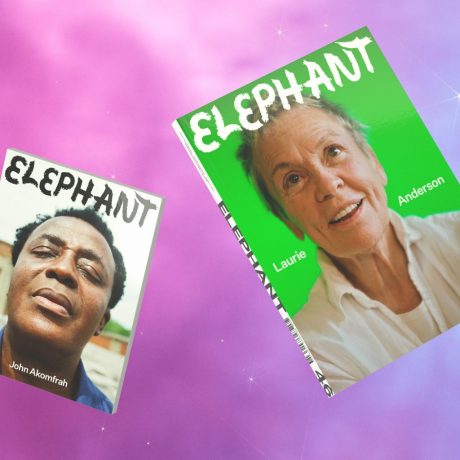