The all-night party, with the unspoken intimacies shared by a roomful of strangers dancing, has rarely been so evocatively committed to film than in the fifteen-minute cut-up video collage that became Fiorucci Made Me Hardcore. Compiled by Mark Leckey from hours of found footage shot at Acid House raves and other nightclubs, it captures the powerful human connections (however fleeting) that can be built and sustained on the dancefloor, as well as the ecstatic introspection of losing yourself in the music. Following a loose chronology, from the early days of Northern Soul in the 1960s to the huge illegal raves of the late eighties and early 1990s, Leckey’s intuitively sympathetic editing of the diverse clips draws out the profound, timeless joy that unites each and every one of them.

Smiling faces and swaying bodies come in and out of focus in candid footage shot on handheld video cameras, each marked with a timestamp that relentlessly rolls forward with each second that passes. The march of time is impossible to ignore, bolstered by indistinct voices, the tolling of a bell and, of course, the relentless beat of the music. Together, they speak to a bygone era. Watching the video, it’s all too easy to feel overcome by nostalgia for something that I myself, and a younger generation who have now come of age, never directly experienced. 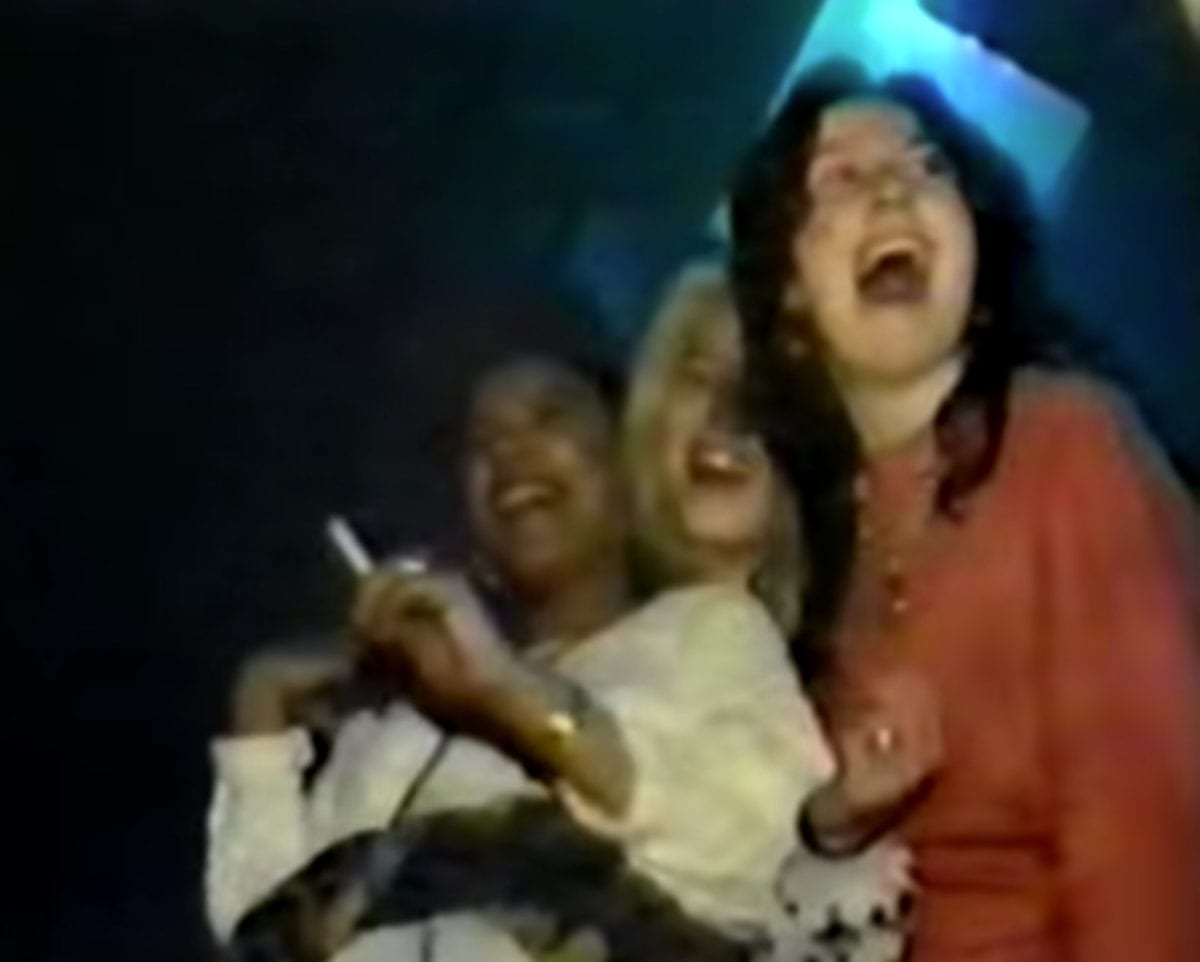 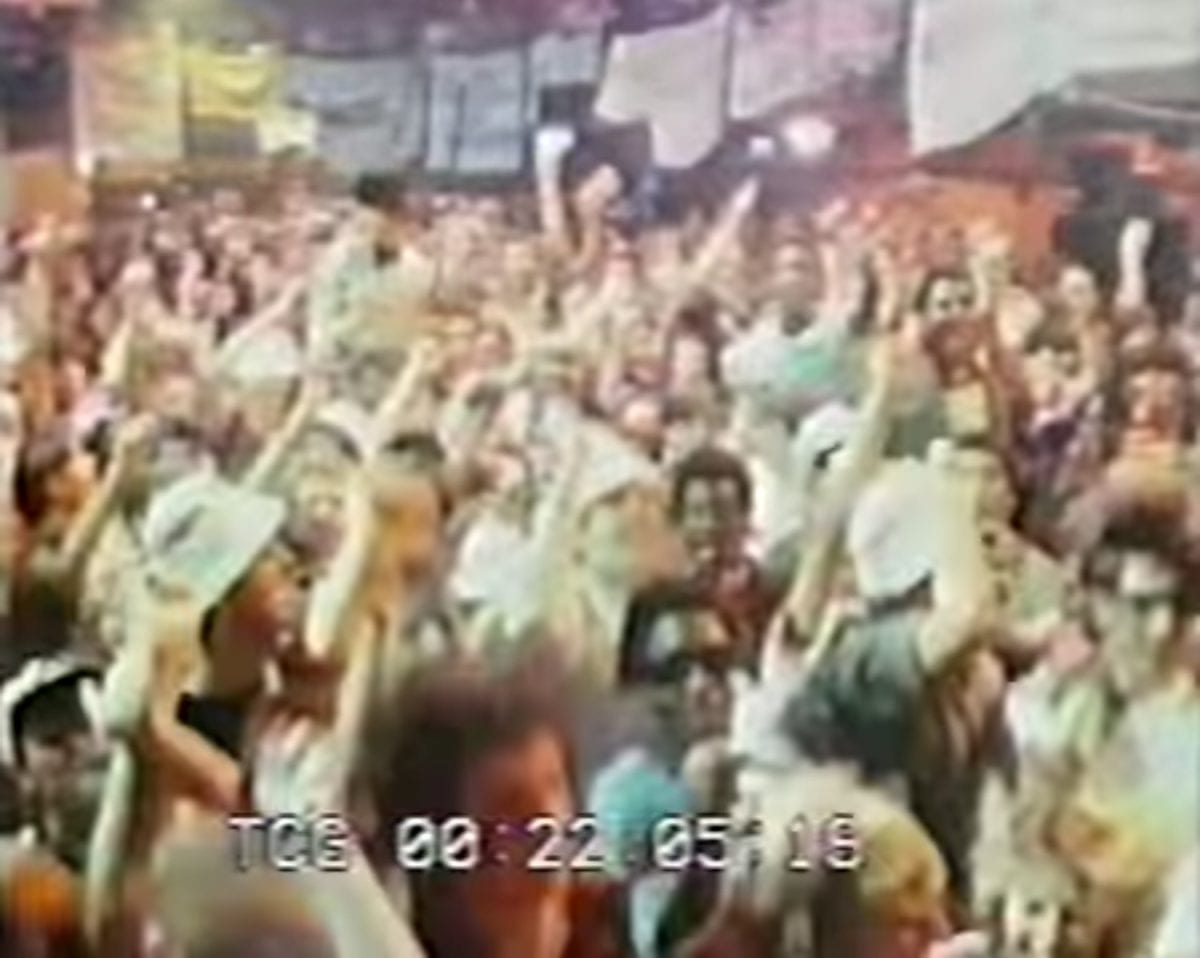 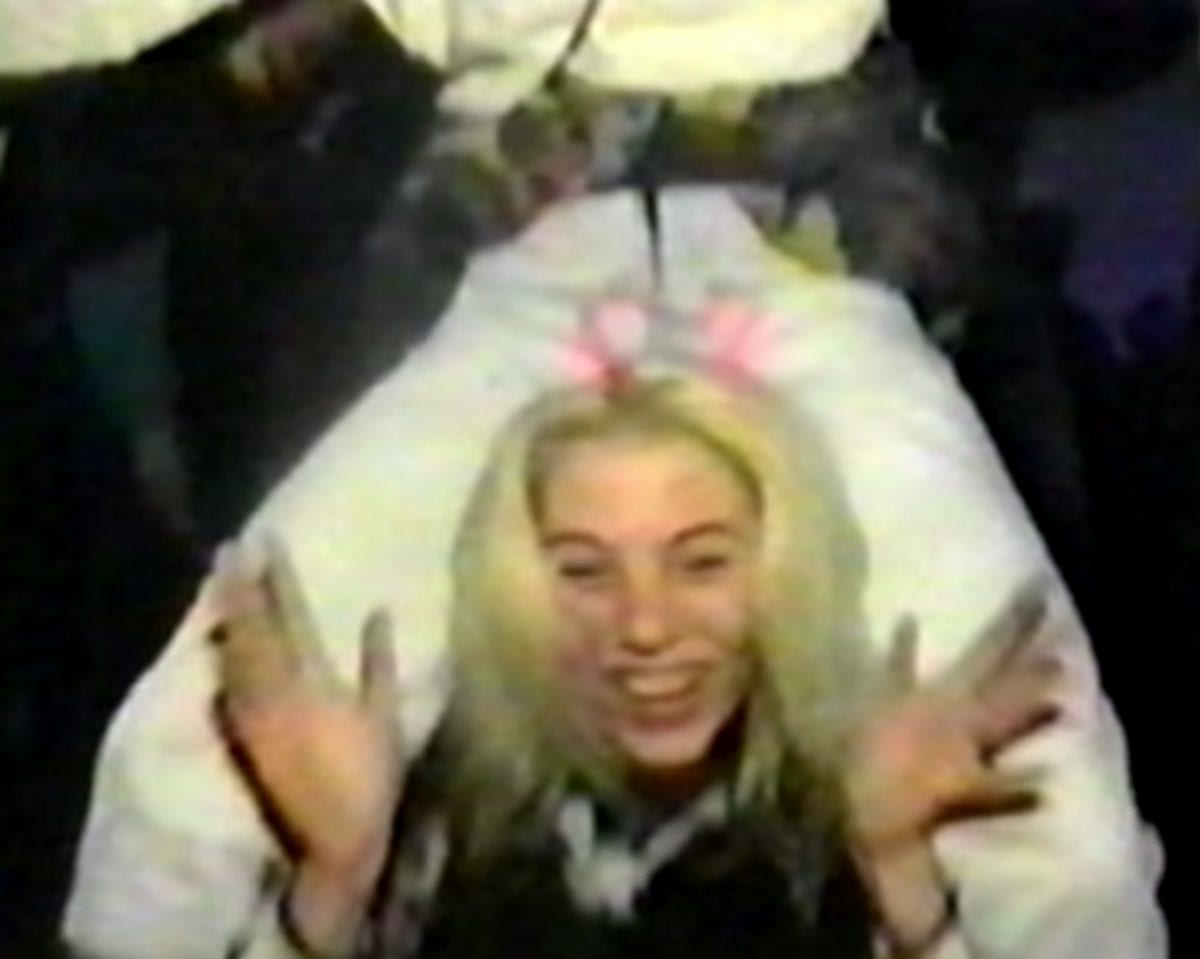 There’s something so evocative about grainy pre-digital footage. The softness and lack of detail of the clips selected by Leckey stand in direct contrast with the harsh clarity and over-exposure of the digital age. There is also the strange intimacy of the rave, even at events that could scale to 20,000 people or more, transmitted through snatched videos that root themselves at the heart of the action, amidst whirling arms and gurning mouths.

As Hua Hsu wrote in the New Yorker in 2015, “Rave represents a past founded on the kind of spontaneous, ad-hoc community that will continue to seem more distant, as our ability to connect no longer requires the same degree of physical friction.” A profile of Leckey published that same year by Charlotte Higgins in the Guardian argued that “In its sampling—and deeply skilful editing—of found film sequences, [Fiorucci Made Me Hardcore] anticipated the YouTube generation’s easy manipulation of digital sources. It activated a painful yearning for a recent past just out of reach, rendered almost touchable by the tantalising immediacy of the footage.” 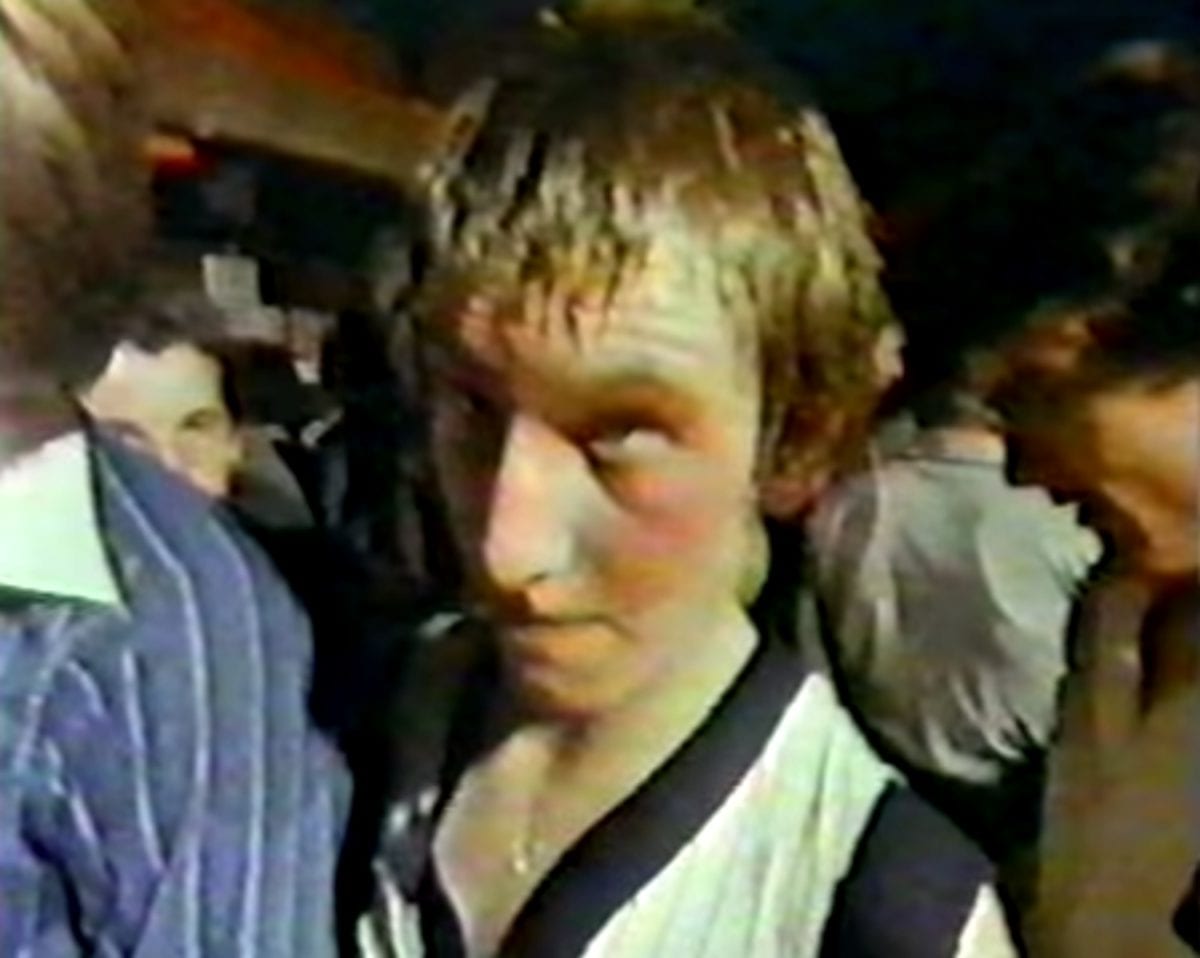 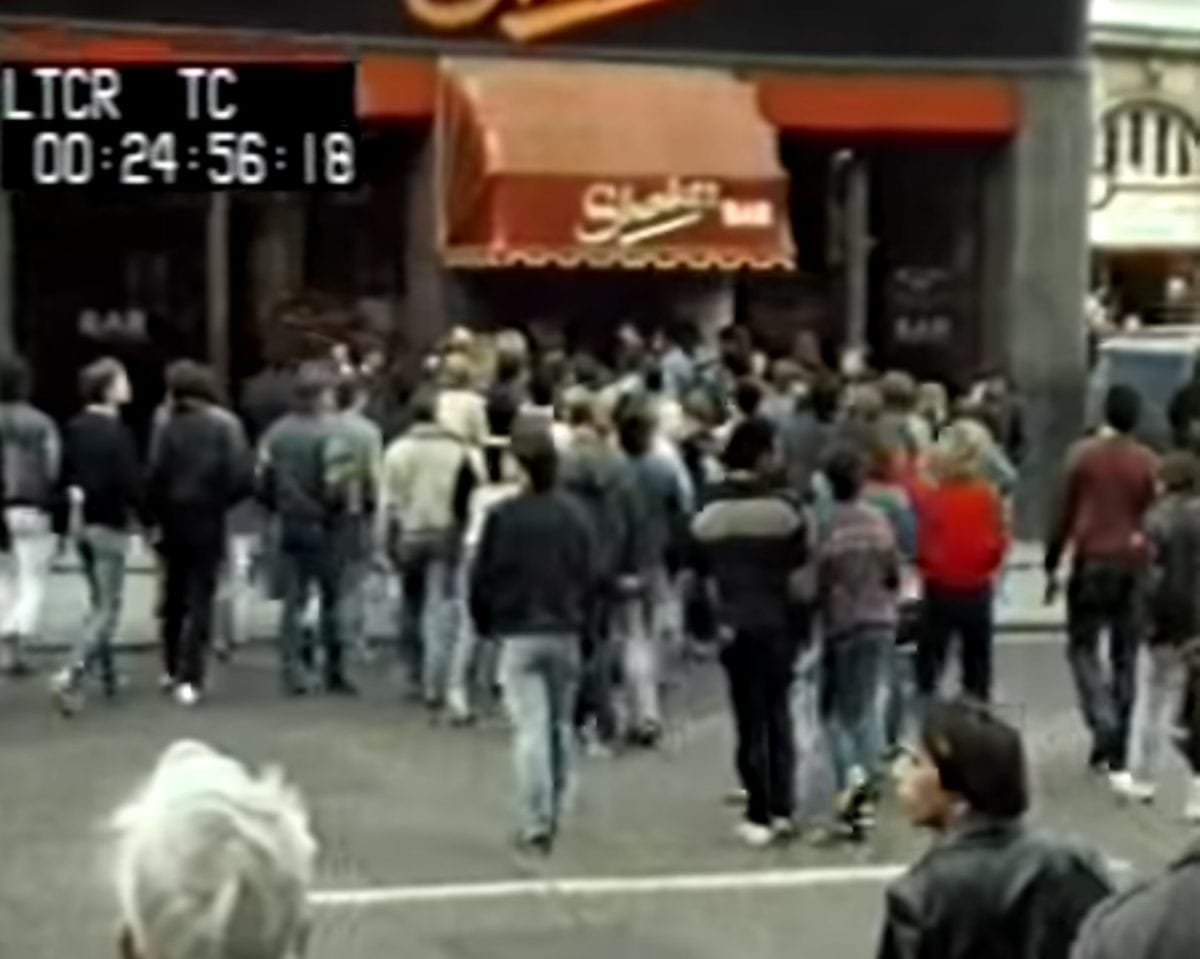 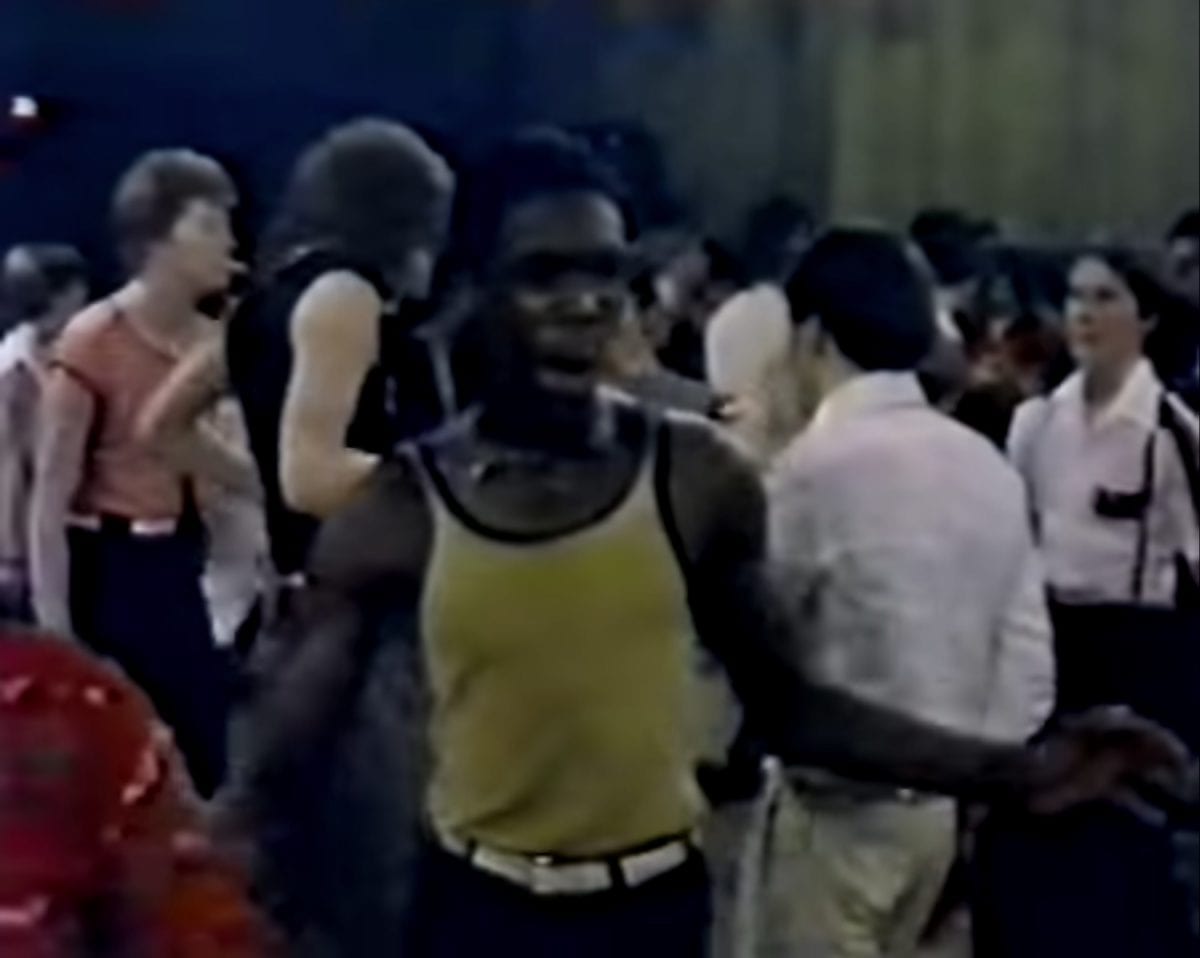 The film’s celebration of subculture also resonates with the strong identities that young people now form via social media platforms such as Snapchat or online marketplaces like Depop. The beauty of youth in revolt has always been that the intricacies of the tribes, from mods to ravers, are almost entirely invisible to all but its subjects. Brand allegiance is a key factor in delineating groups, something that Leckey nods to in the inclusion of Italian fashion brand Fiorucci in the titling of the work. He explained in an interview at the time that he was interested that “something as trite and throwaway and exploitative as a jeans manufacturer can be taken by a group of people and made into something totemic, and powerful, and life-affirming”.

Britain’s streets, fields and dancehalls are cast in new light by Leckey, unearthing an up-close-and-personal view on the grey skies and suburbs that characterize so much of its landscape. Even the act of dancing is shown anew, with strange and yet familiar gestures and expressions, as if seen through alien eyes; Jonathan Glazer’s vision of Glasgow’s shopping centres and nightclubs in his 2014 feature film Under the Skin comes irresistibly to mind. 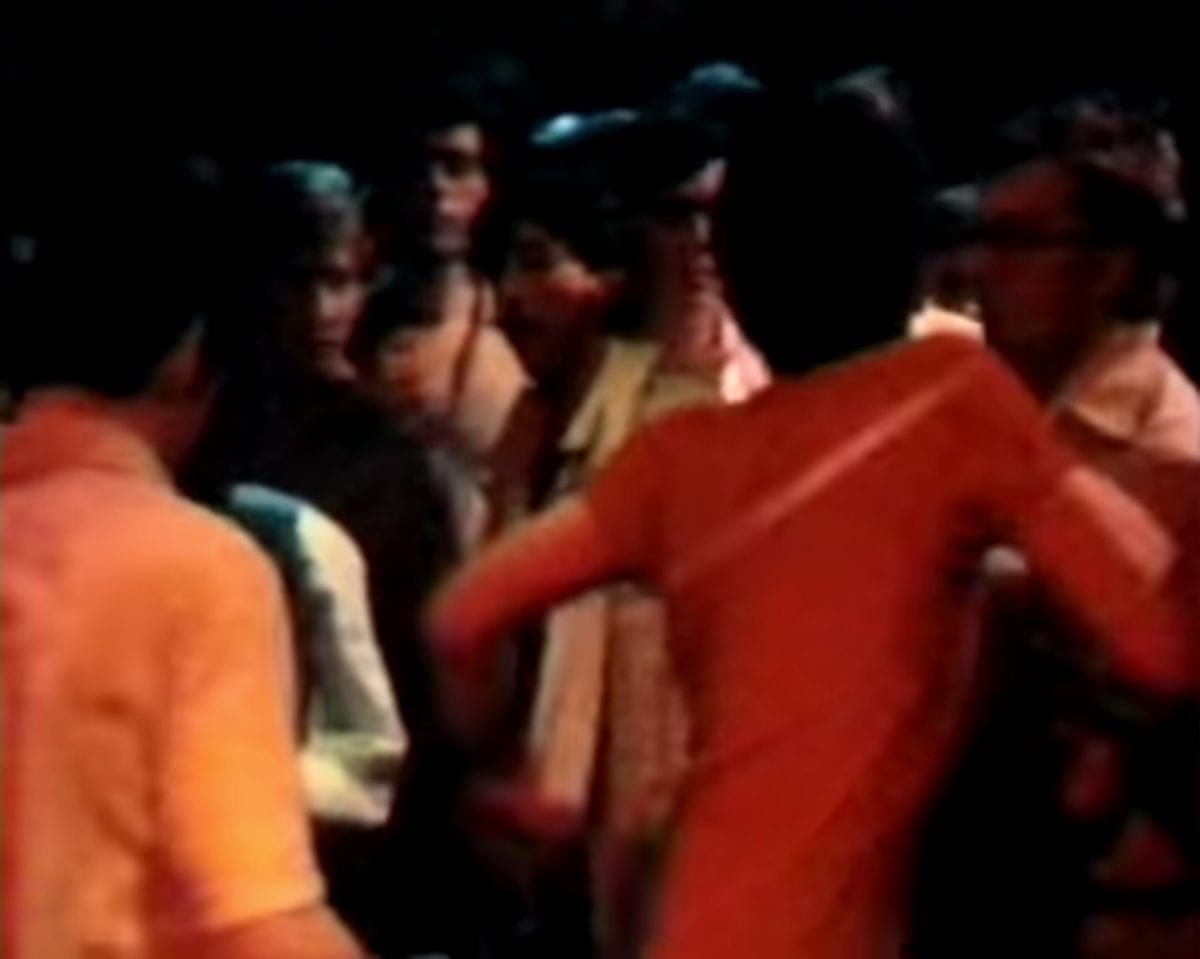 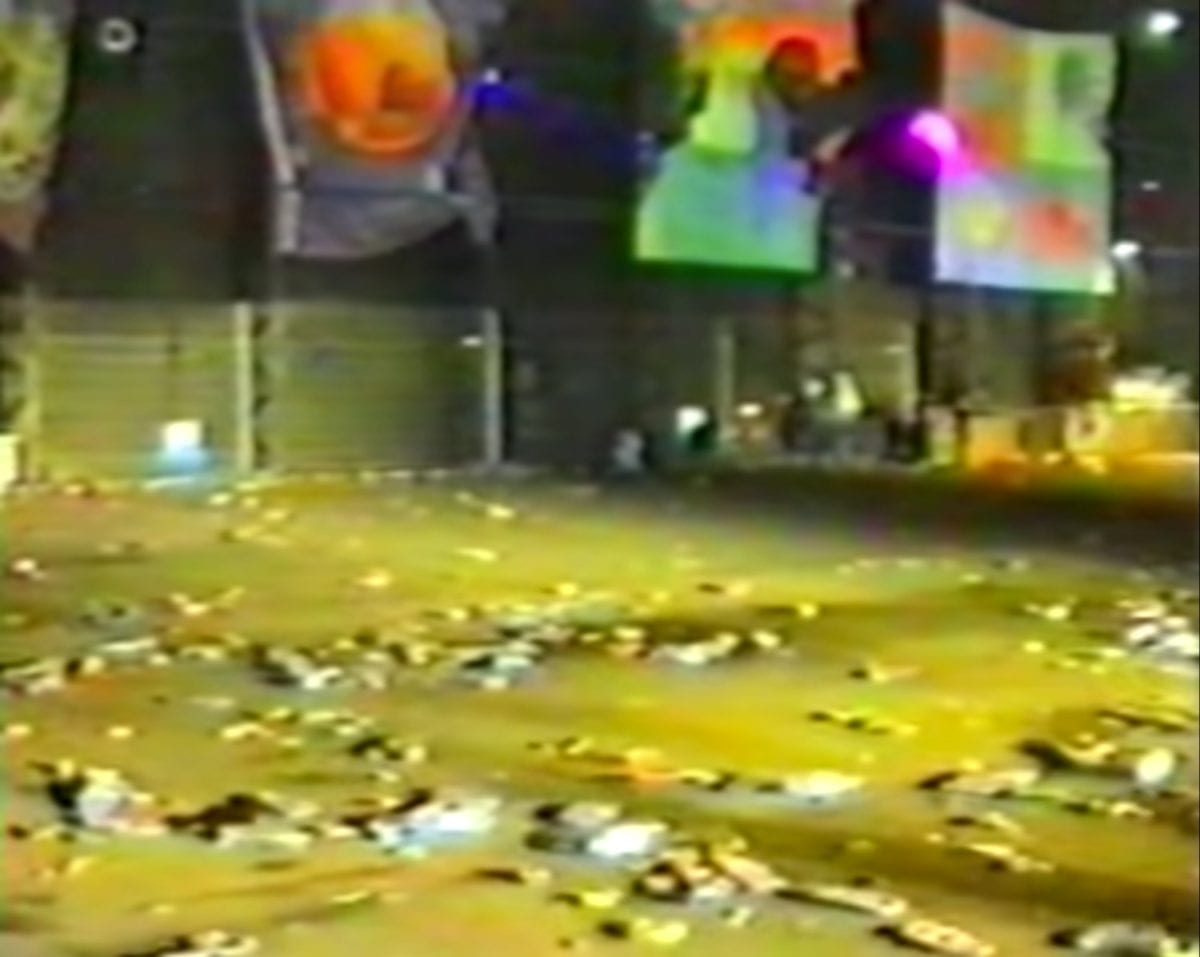 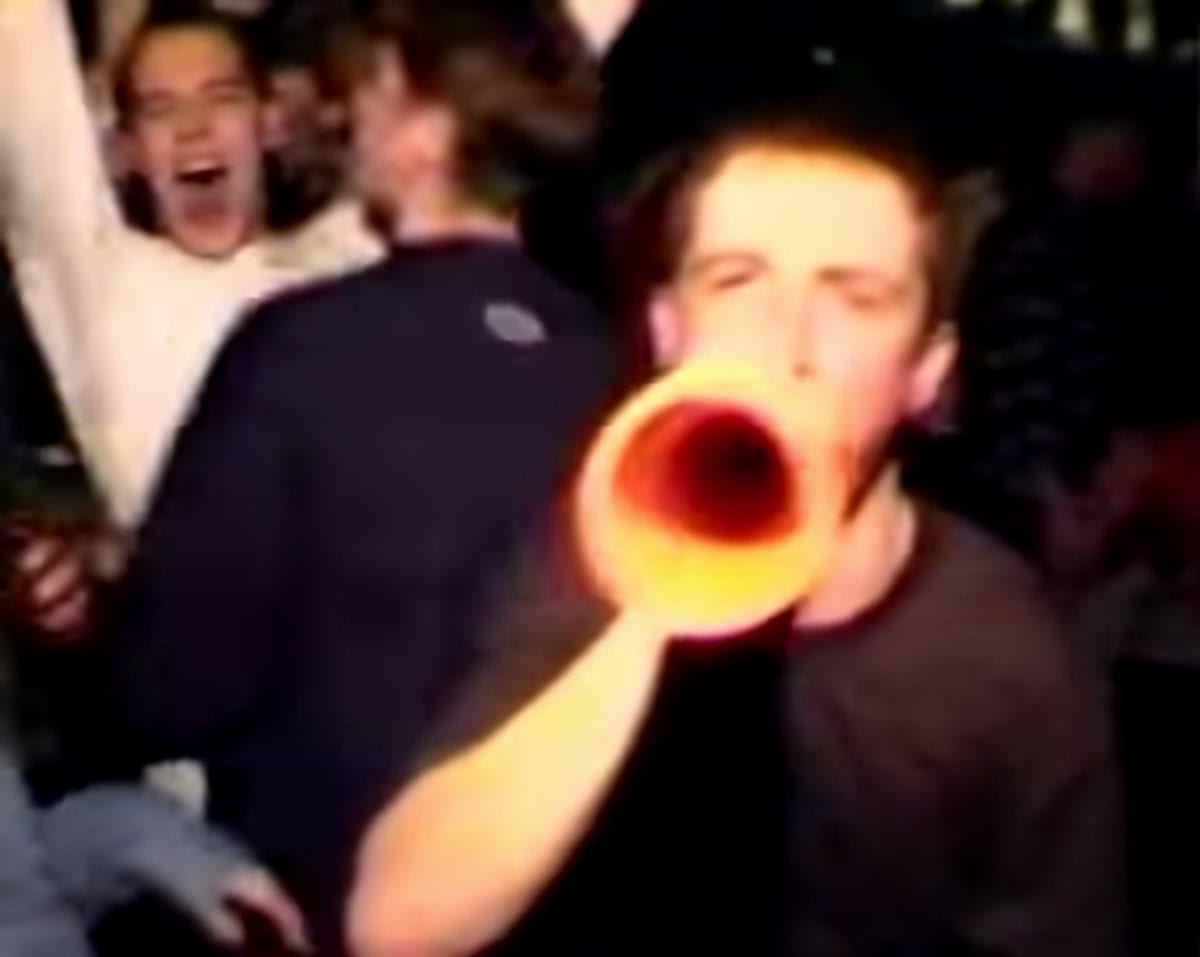 With its unmistakable British roots, what Fiorucci Made Me Hardcore does best is level the rifts and hierarchies that continue to plague the nation—particularly poignant at a time when the country has never been more politically divided. Race and class are forgotten in the shared euphoria of the rave, and the dancefloor is shown to be one of the few places where people can come together free of social barriers and inhibitions. The diversity of the raves and early nightclubs in the film is unmistakable, and increasingly unrecognisable today. As Leckey commented ten years after its release: “I cried while I was making it. I make this stuff to feel joy and melancholy and sweet-sadness.”

All images Fiorucci Made Me Hardcore via YouTube, courtesy Mark Leckey