Under the Influence invites artists to discuss a work that has had a profound impact on their practice. In this edition, artist Frank Bowling explains the effect that studying the work of Piet Mondrian had on his own work

I was made to do my thesis at the Royal College of Art on Piet Mondrian, which really got up my nose at the time. I knew, of course, that he was a great painter, whose achievement in painting was enormous, but I really didn’t appreciate why my tutor insisted that I do my thesis on him. But it prompted me to look at his work and I began to be intrigued by the concept of horizontal and vertical lines as the natural aspects of reality painted in primary colours: red, blue, yellow and black. I was really taken by Mondrian’s Broadway Boogie Woogie (1942-43), a vital and pulsating painting that I saw for the first time in the summer of 1961 at the Museum of Modern Art in New York.

I grew to understand Mondrian’s work by trying to relate it back to his ‘Dutchness’ and the way the Dutch handle the geography of their country, which is mostly below sea level. It made me think about how they manage water and how this management becomes an existential fact of life, a matter of survival and national identity.

“I was made to do my thesis at the Royal College of Art on Piet Mondrian, which really got up my nose at the time”

I thought of how Mondrian’s landscape paintings became arrangements of vertical and horizontal lines with all the geometrical implications, and how this could be connected to Guyana, the country in which I was born. The Dutch were the first Europeans to settle that part of South America and I found a sympathy, a connection with the Dutch influence on the Guyanese landscape, as many of the areas where the population lives is also below sea level. The Dutch brought with them their ideas, and this helped to shape the terrain.

I started getting a better understanding of him. And then of course, during my own journey from New Amsterdam to New York via London, there were all these little strands that helped to flesh this out, allowing me to develop my way into a formal understanding of nature. My deep affinity and sympathy with formalism and with the importance of geometry stems, then, from my having to try and understand what I was supposed to understand in the business of making paintings.

It also led me to understand that the framing edges of the painting dictated what was in the painting. Someone once rudely described a painting by my good friend Denis Williams, the Guyana-born artist, as a “Mau Mau Mondrian”. Although that was a cynical joke about someone’s sincere effort to understand how to proceed to make paintings, in my case it helped me to understand what is enduring in paint and sculpture, namely its formal aspects. That’s really how I worked it out for myself.

“Looking at Mondrian helped me get to a position where I understood much more clearly what I was trying to do. It’s deeply entrenched in my thinking”

The influence of Mondrian on contemporary art is huge: in painting, design, architecture, typography and popular culture. It’s not always evident in my paintings, but it’s there in my explorations of geometry and colour, and in the marouflage at the edges. Looking at Mondrian helped me get to a position where I understood much more clearly what I was trying to do and it’s deeply entrenched in my thinking about how I make my work. It sparked an enduring interest in the ways the action could be structured, literally framed, within the painting. I discovered this from the process of painting over the decades. The process, if you like, is the handmaiden of making an original artwork.

Guyana-born British artist Frank Bowling is the recipient of the 2022 Wolfgang Hahn Prize. He exhibited as part of The London Open at the Whitechapel Gallery over the summer of 2022 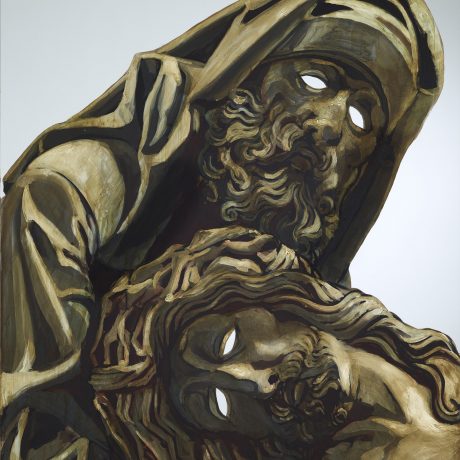 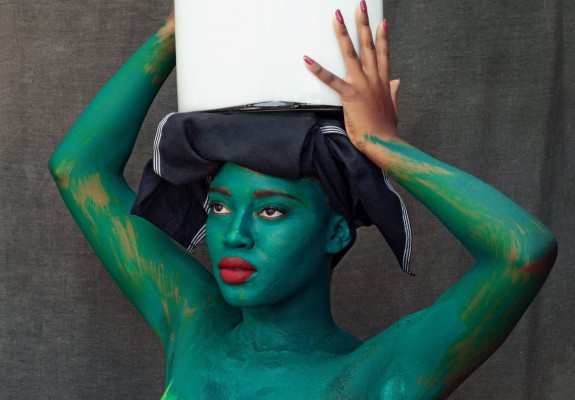 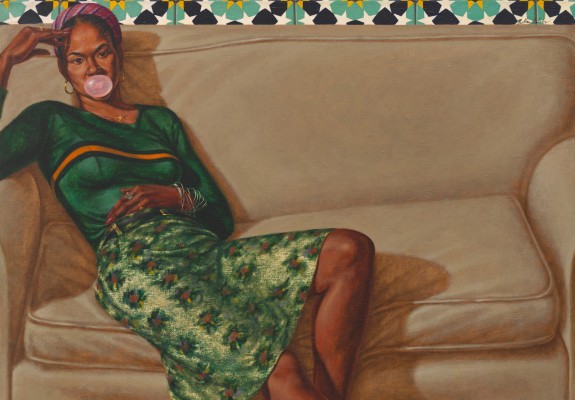 A century separates Jean-Édouard Vuillard and Barkley L Hendricks but both showed the fashion designer the value of variety and choice.
Read More