In Pothos, Rosa Campbell’s eviscerating tale of her father’s death, the Edinburgh-based writer considers how we do this thing called grief, and how personal tales of grief unfold into the political, the national and the collective. Her plants, particularly her pothos (a species native to French Polynesia that is notoriously hard to kill), become the extended metaphor of the essay.

For some years now, I have poured myself into caring for my plants. Such an activity is ubiquitous, perhaps even a bit basic. Everyone I know has hordes of plants, neatly displayed in little tiles on Instagram: giant branching monsteras, jade plants with fat tuberous green leaves, asparagus ferns sprawling like veins across a wall…

There is much to be said for caring for other living things, the interdependence of the human and the non-human, and the space it carves out for a careful practice of nurture. In Campbell’s book too, the pothos plant becomes a subtle reminder of an insistence on living, and of small pleasures in a cruel world.

Campbell is, however, aware of the metaphor’s neatness, that she is writing about death while she monitors how things grow, how mourning and grief are tied up with continued practices of care. “Is my grief the pothos, capable of surviving my neglect? Unloved backdrop scenery? … Simpler: pothos as death. Everyone has one. Not special.” But, plants, for Campbell, are a useful, productive distraction, a psychic method for outsourcing and measuring her grief.

Campbell’s playful ambivalence, her ability to measure sentimentality without it feeling overwrought and earnest, also treats the central conceit of plants and growth with caution. Her attention to the contours of queer homemaking feels refreshing, and sets her meditative lyric apart. While Campbell grieves for her father, there is a sense in which her queer identity fundamentally shapes this experience. Her burgeoning romantic relationship as it emerges in the wake of this death (in shared walks, in herbal remedies for illnesses, in sex, in the brushing of teeth) becomes a steady anchor.

Chicago-born visual artist Rashid Johnson’s Antoine’s Organ (2016), in its verdant ecosystem, offers another juxtaposition between the expansive and the contained. Comprised of a minimalist grid-like structure where snake plants, crotons, banana trees, and crucially, pothos, escape their labyrinthine enclosure, Johnson draws on his interest in Afrofuturism. In the black prison cell-like structure are placed sculptural busts made out of Shea butter, with stacks of books by authors such as WEB Du Bois, Ta-Nehisi Coates and Randall Kennedy.

“The pothos plant becomes a subtle reminder of an insistence on living, and of small pleasures in a cruel world”

The work thrives, and with its bright strip lights over the green plants, it is dazzling, optimistic, alive. Yet, when viewed aerially, it appears dense, frightening, an overwhelming opaque mass. Recently, the installation formed part of the New Museum’s Grief and Grievance: Art and Mourning in America exhibition, which set out to draw attention to “the concept of mourning, commemoration, and loss as a direct response to the national emergency of racist violence experienced by Black communities across America.”

Johnson’s installation, with its oblique reference to prisons and the vibrancy of Black intellectual life and cultural production, alongside the plants, reminds the viewer of the slowness of structural violence. It is an expression of mourning as a political act, made possible by the state and mediated by economic and social inequality. But it also insists upon radical aliveness, of living, of resistance, joy, and of practices of nurture, care and critique.

In Pothos, Campbell worries she has done the grief thing wrong, that she hasn’t acted in the right ways or mourned in the appropriate fashion, that she hasn’t self-regulated and performed the tragic grieving daughter. She worries that she is selfish precisely because people die all the time. But she does feel the grief of her father’s death most saliently in her body, the way it betrays her through her bowels or in the “curled-lip whiplash biting cruelty” of her anger.

In other ways, her body becomes the phantasmic site through which to measure and control her grief: she takes hot showers, and has violent, ill-advised sex. It is through her body, and its reactions, that she forces herself to understand that she is mourning. There are scenes where Campbell watches herself cry, literally confronting her grief face on, pressing the wound and making it real. While she worries she has grieved in the wrong ways, she also refuses to disassociate with the pain of the recognisable reflection in the mirror.

“Campbell worries she has done the grief thing wrong, that she hasn’t acted in the right ways or mourned in the appropriate fashion”

In considering the micromovements of her life after her father dies, what is perhaps most impressive about Pothos is its depiction of the self-indulgence of grief, of how it turns you inwards, embittered and angry. The day of her father’s death, she writes, “You will take selfies, & you will not be able to tell if this is vulgar or not.” In this, she is scathing and sardonic: “I am aware, at least superficially, that there is not a right way to grieve, yet this paradigm also seems highly suspect.”

She tells us that “every theory about grief has been utterly uninteresting to me”. Instead, she decides she is going to be “a person who had houseplants. This mattered more than actually having the houseplants; I simply wanted to be a person who has houseplants”. In its honesty, Pothos gets at the most galling depths of grief, the way it opens onto superficial self-invention, obliterating fury, and nagging resentment.

As plants grow and soups are made, the “I” of Campbell’s lyric essay feels constantly beleaguered by the process of her grieving. The lyricism of the book is hot and angry: “My entire politic dissolves in the face of grief, I suppose // suddenly: fuck the communal, I am alone & adrift & want nothing & will give nothing.” It continues, as if almost spitting, “What a dull, mundane fucking thing it is to be sad about death.”

“What is most impressive about Pothos is its depiction of the self-indulgence of grief, of how it turns you inwards, embittered and angry”

Perhaps this is where her politic is actually located, and where the lyric essay, as the book’s formal drive, becomes most prescient. In the context of the Covid-19 pandemic and among a litany of continued social inequalities and structural violences, what does it mean to be an “I” that grieves?

One of the things we are told about death and grieving is that no two processes are the same, yet, in that sense, despite caustically and facetiously damning the communal, one thing those who are grieving have in common is how much it radically decentres the self. Indeed, a lasting refrain in the book is philosopher and gender theorist Judith Butler’s assertion that “On one level, I think I have lost ‘you’ only to discover that ‘I’ have gone missing as well”.

Come As Softly is a book column dealing with intimacy, desire and sex 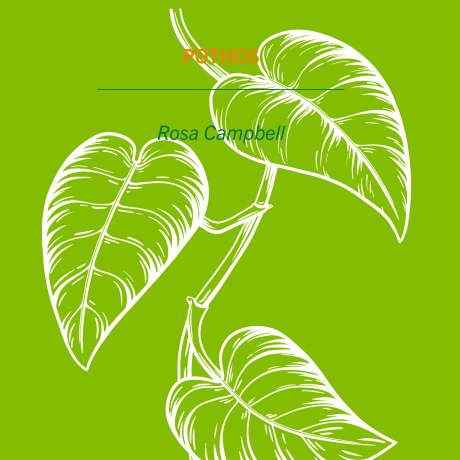