These Self-Taught Artists Are Making an Impact in Morocco - ELEPHANT 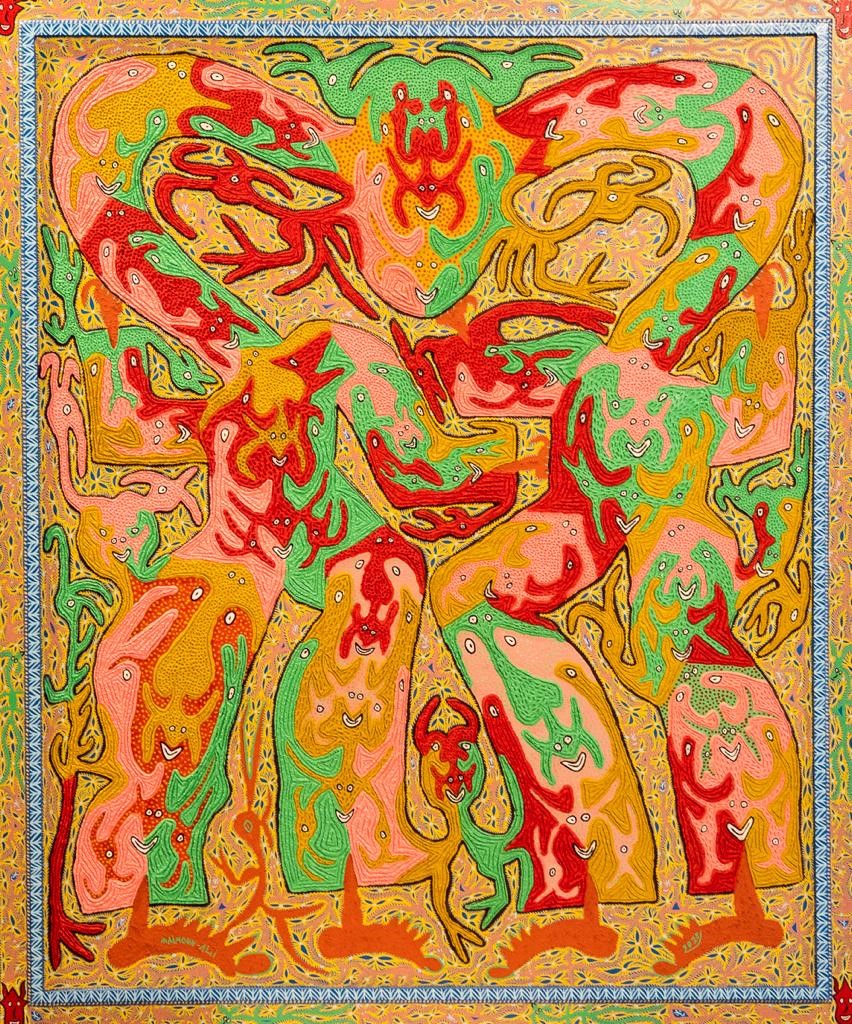 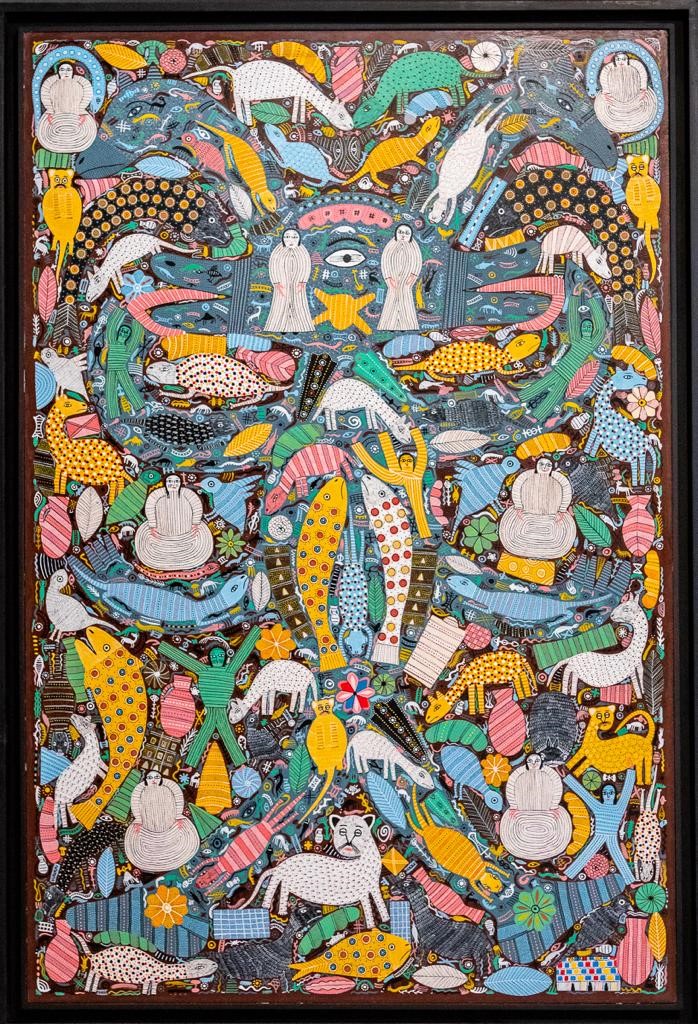 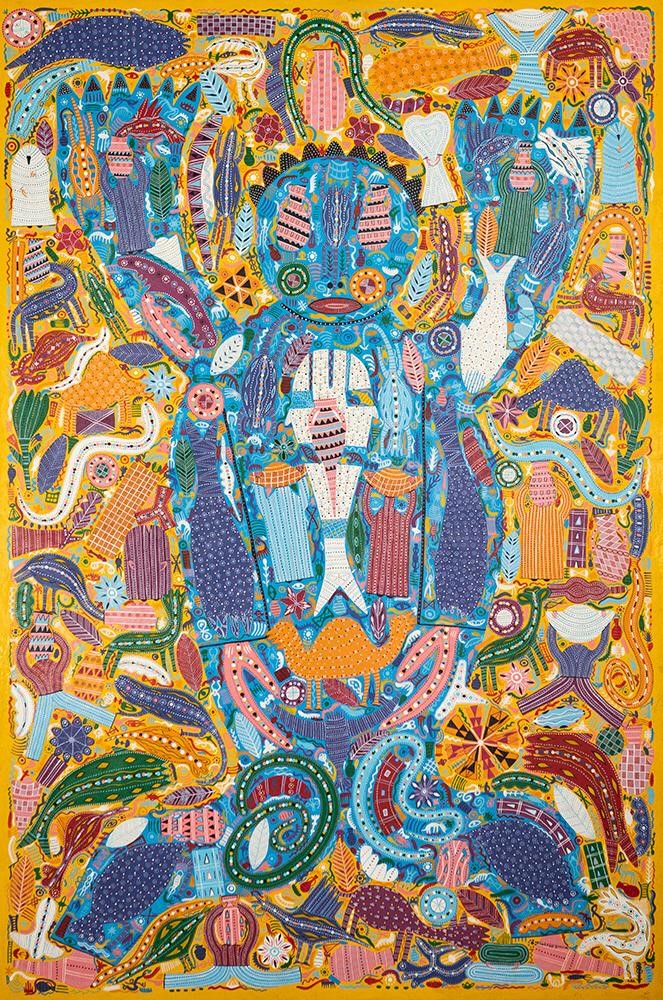 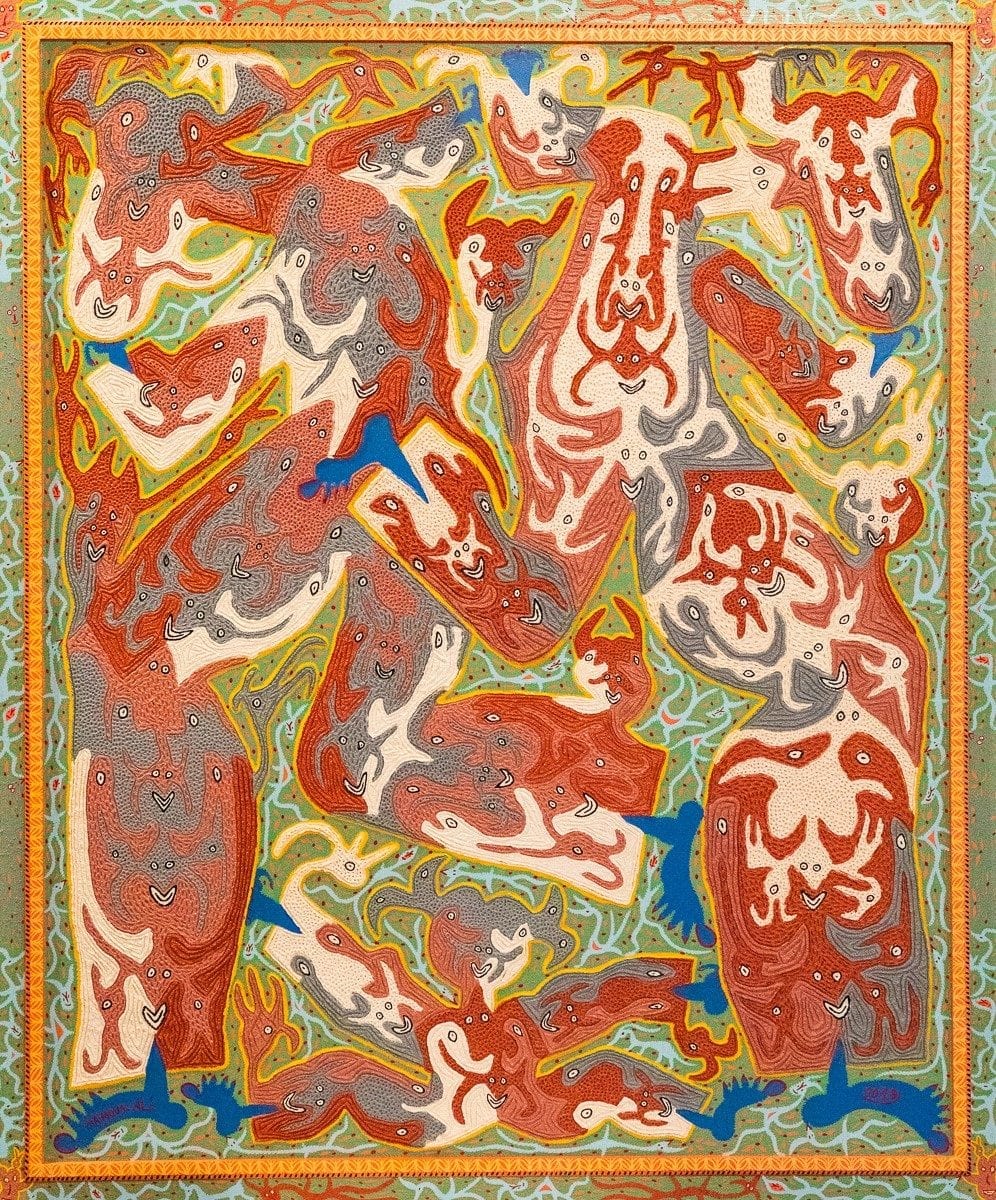 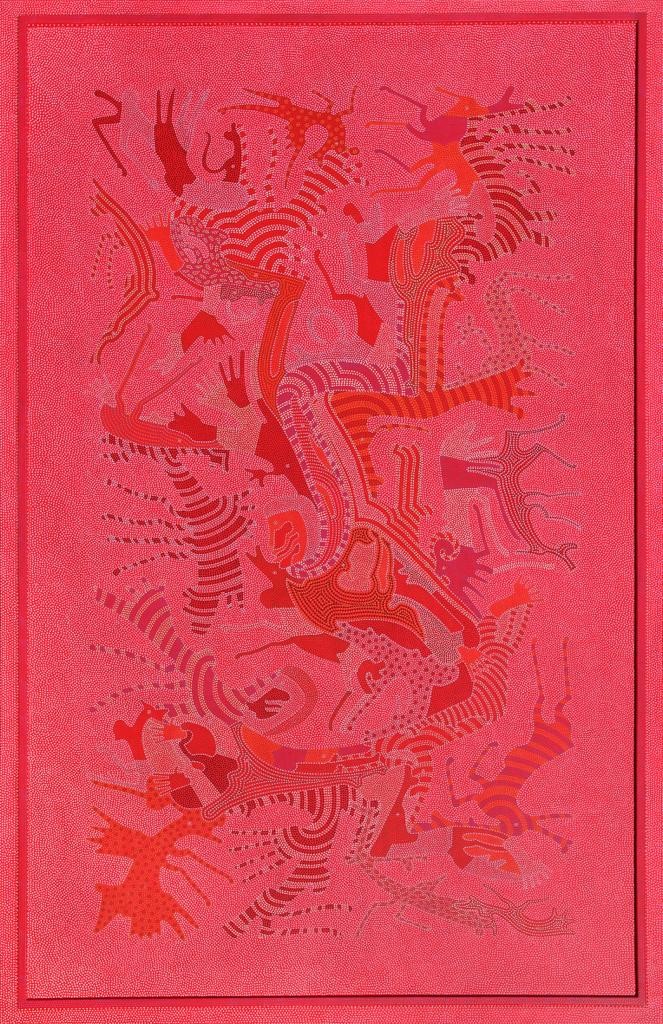 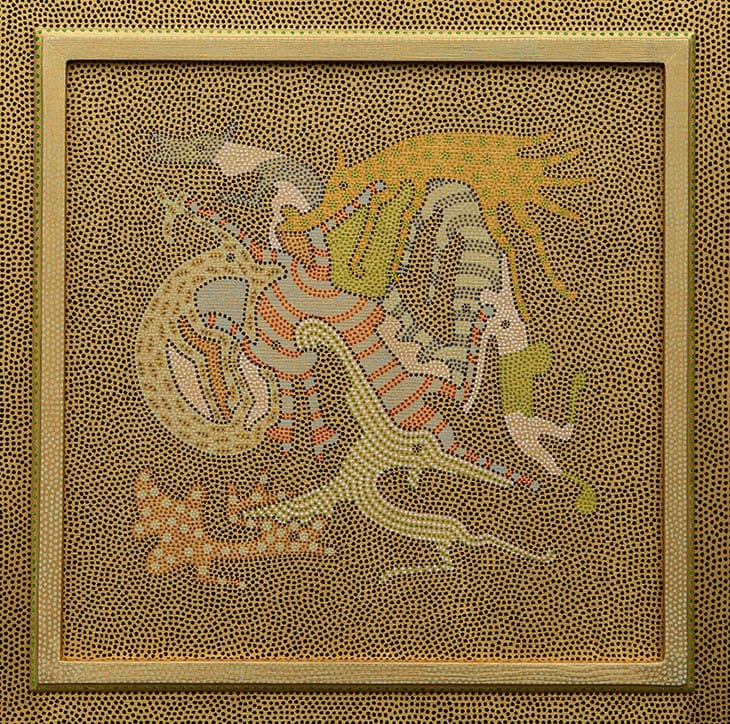 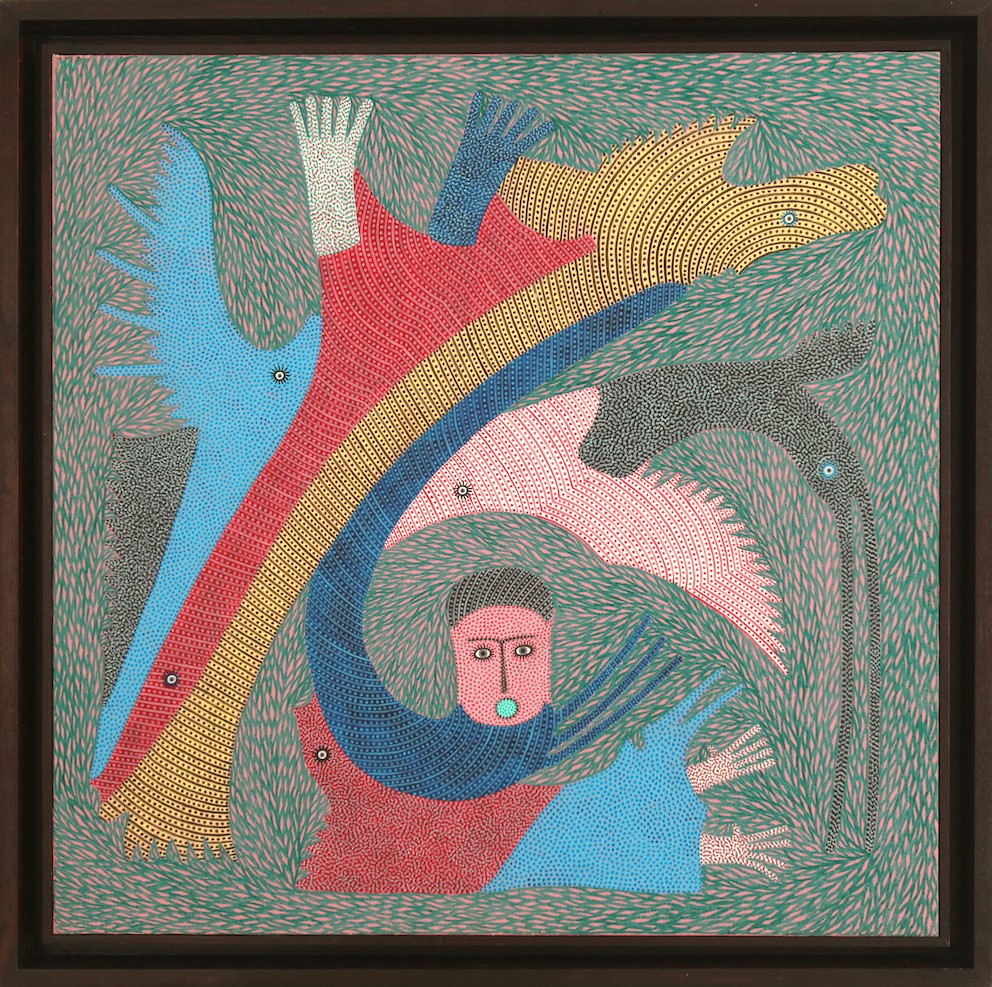 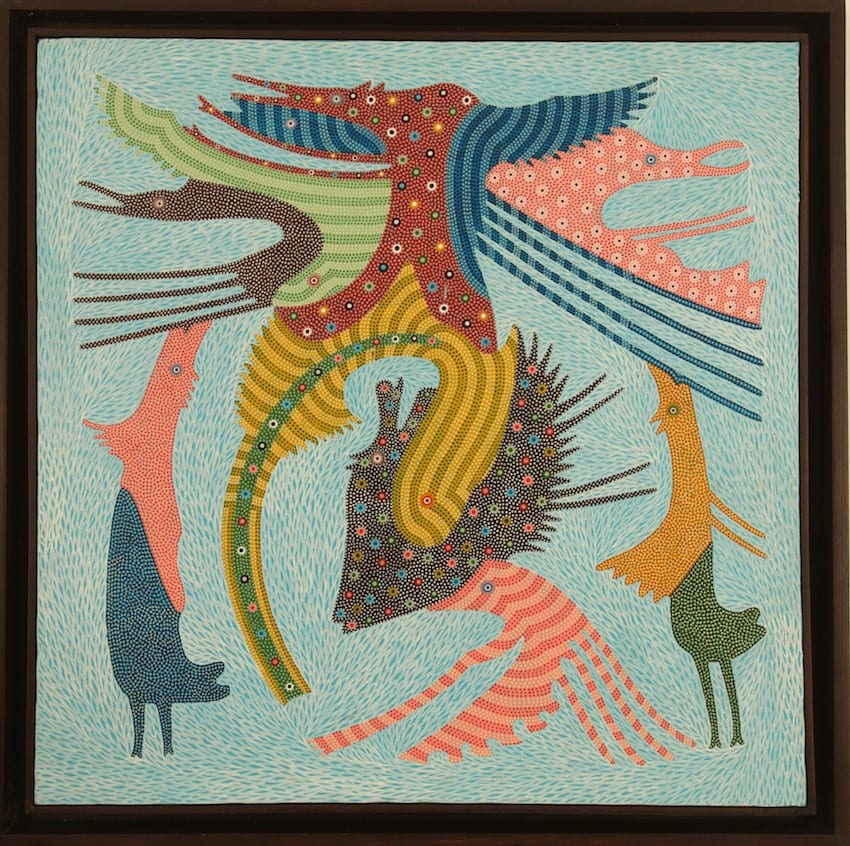 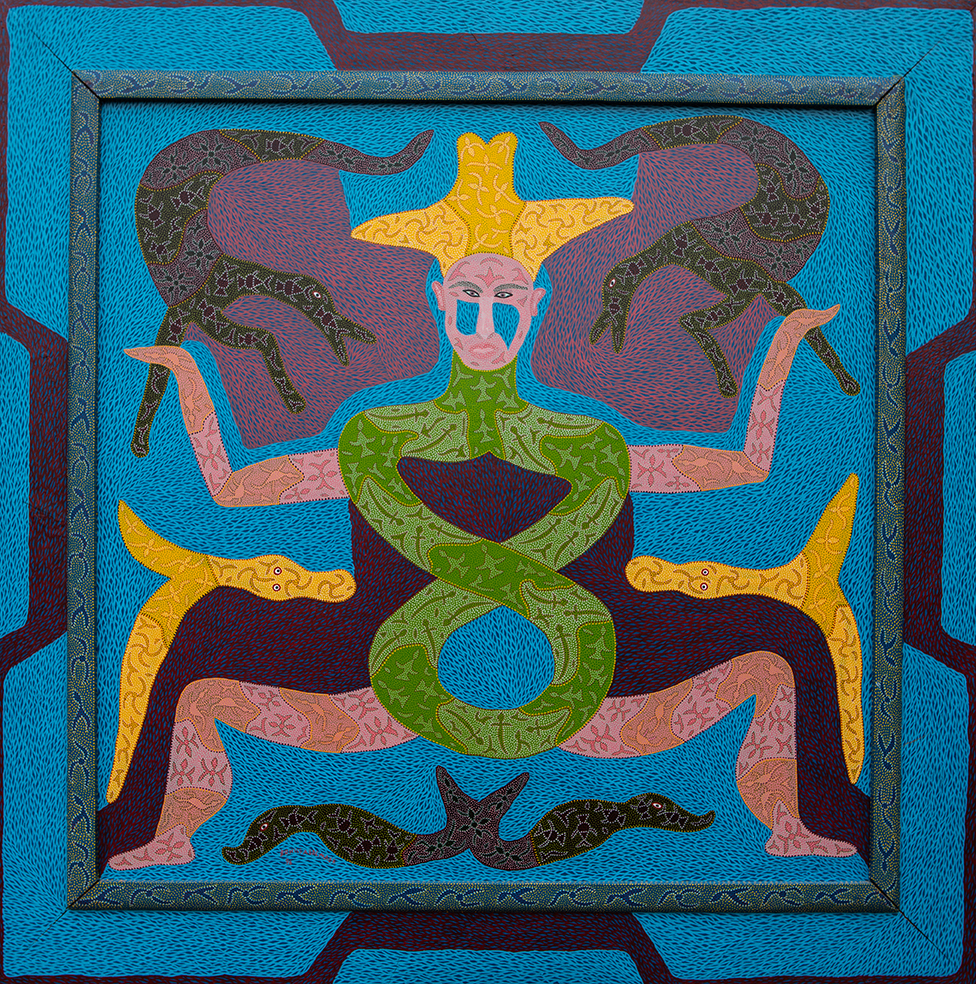 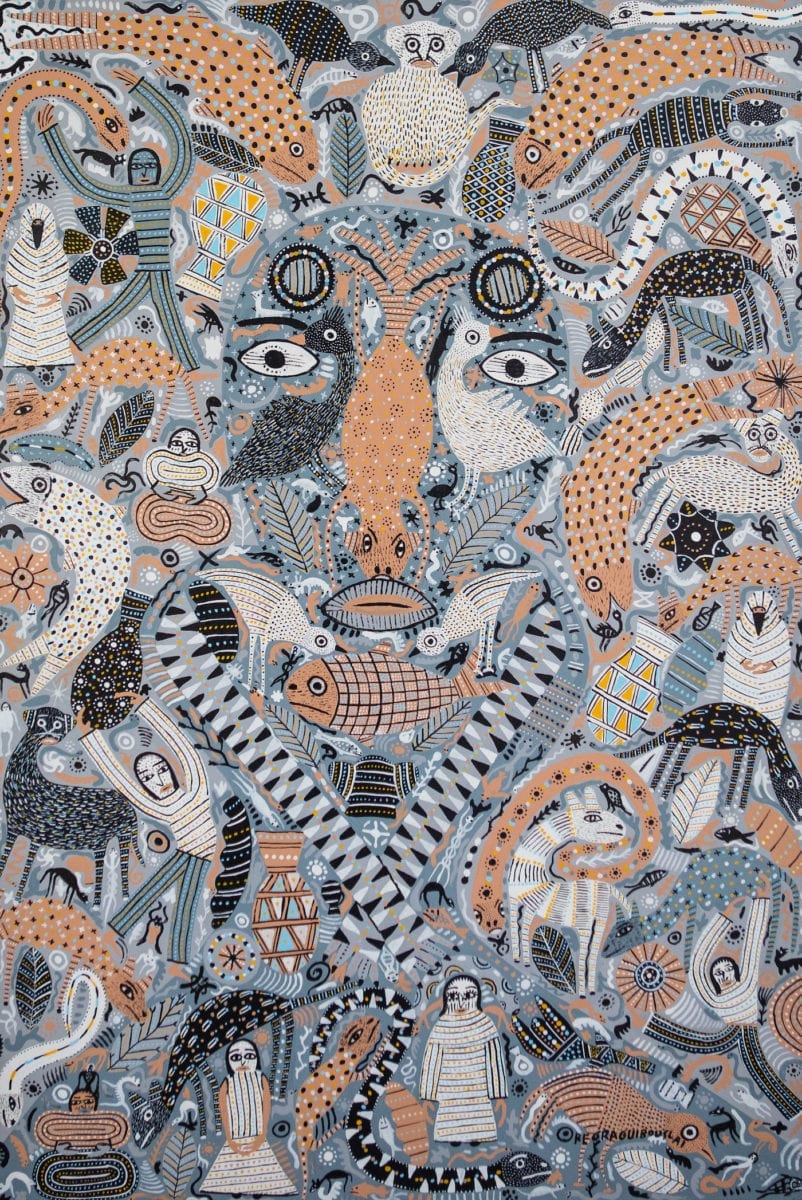 Abdelmalek Berhiss was born in a small village, near the ancient port city of Essaouira, in 1971. In the 1970s, Essaouira—a city with a rich tapestry of intertwined cultures dating back to antiquity—had become a hotspot for Western hippies. Jimi Hendrix had been there in the late sixties; other avant-garde rock legends, like Cat Stevens and Frank Zappa, were also passing through.

For Berhiss, however, and two other self-taught Moroccan artists exhibited by Galerie SINIYA28 at 1-54 Marrakesh this week, inspiration always came from within Morocco: its cultures—Berber, Arabic, Byzantine, Roman, Jewish and African—its languages, landscapes, traditions, rituals, people and animals. Berhiss, who trained as a mason, paints in a style that recalls the Aboriginal painting of Australia, both in the pointillism method and in his theme of the animal kingdom: the movements, shapes and colours of lizards or snakes are what guide his compositions, intuitively, as if in a trance.

Ali Maimoun was born 1956 in Ouarzazate—south of the Atlas Mountains, a city that looks out over the Sahara, a terrain totally different to the view from Essaouira, where he now lives. Maimoun also worked as a mason, and begin sculpting before turning to paint, using coloured sawdust.

The third artist in this trio of autodidacts defining the Essaouira contemporary style is Regragui Bouslai, who came from Chiadma, to the north of the Atlantic Coast. His paintings on board are the most densely packed with stories—and the ever-symbolic eye, present to repel any malevolent viewers.

What might have been once defined as outsider art is perhaps more appropriately understood as insider art, for Maimoun, Bouslai and Berhiss share a profound understanding of Moroccan culture and tradition, of its past and its heritage, and these are the stories they tell in their works, to Morocco now in the present.

From 23 to 24 February at La Mamounia, Marrakech 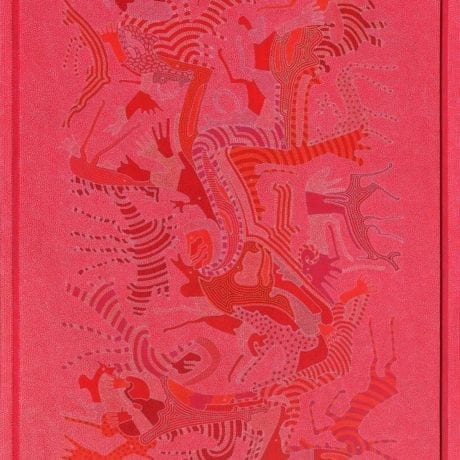