Hocus Focus: What Happens When Art and Sorcery Intersect? - ELEPHANT

‘Ritual’ is a word that’s been hurled around ad nauseam when it comes to art jargon over recent years (see also: ‘liminal’ and ‘experiential’). However, in the case of this group exhibition at The National Arts Club in New York co-created by Jenny Mushkin Goldman and Rebecca Goyette, focused on magic and the occult, the term is uniquely relevant. Many of these artists see themselves as ’spiritualists’, using processes such as rituals, spells or sigils that they have forged for their own artistic practice. For many, these have taken on new significance during the pandemic, helping to forge a renewed sense of community.

The exhibition—entitled Everyday Magic: Artistic / Gnostic Impulses—features works by artists including late industrial-noise provocateur Genesis P-Orridge, Jaishri Abichandani, Courtney Alexander, Rebecca Goyette, Alejandro Guzmán, Clarity Haynes, Elizabeth Insogna, Qinza Najm, Micki Pellerano, Lina Puerta, Trish Tillman and Kay Turner. Many of the artists in the show draw on their own cultural backgrounds and spiritual histories to inform their work. Frequently these influences are merged with contemporary tropes, as in the work of Abichandani. She merges ideas from Hindu art and Hinduist goddess worship to create feminist sculptural pieces that critique aspects of the patriarchy, while also exploring ideas of rebirth.

Just as Abichandani marries traditional deities with modern feminist impulses, Najm challenges Islamophobia and examines the laws and cultural norms that are used to govern women’s bodies. Najm’s work involves the sharing of rituals for “healing, emotional regulation and survival,” which the artist says have helped her on a personal level to navigate the pandemic and the enforced isolation caused by it. She has created an interactive textile installation that invites the audience to perform a simple ritual to manifest their own wishes, “in order to question the power of rituals and the belief that can transform the mundane to magical”.

Guzman merges influences from Caribbean spiritual traditions with examinations of “chaos, improvisation and ecstasy”, while Singapore-born, Brooklyn-based Sahana Ramakrishnan combines references from Asian, African and European traditions in order to create paintings that demonstrate ideas around spirituality and communion. Her works visualise this sense of communion, showing bodies and multiple entities conjoined through spiritual and traditional symbols into a single being.

Throughout the exhibition, a link is drawn between the practice of the artists and that of occult practitioners. Both use ritual as a tool, whether these are long-established traditions or of their own creation, with the aim of catalysing either personal or social transformation. Likewise these artists hint at the concept of alchemy, transforming viewers’ notions about certain ideas (such as what the nature of magic or witchcraft might be). They also explore it in the literal sense of paint that can alchemise from one colour to another, or the alchemy of how materials transform within the process of making a sculpture. The magic, sometimes, is in the making. 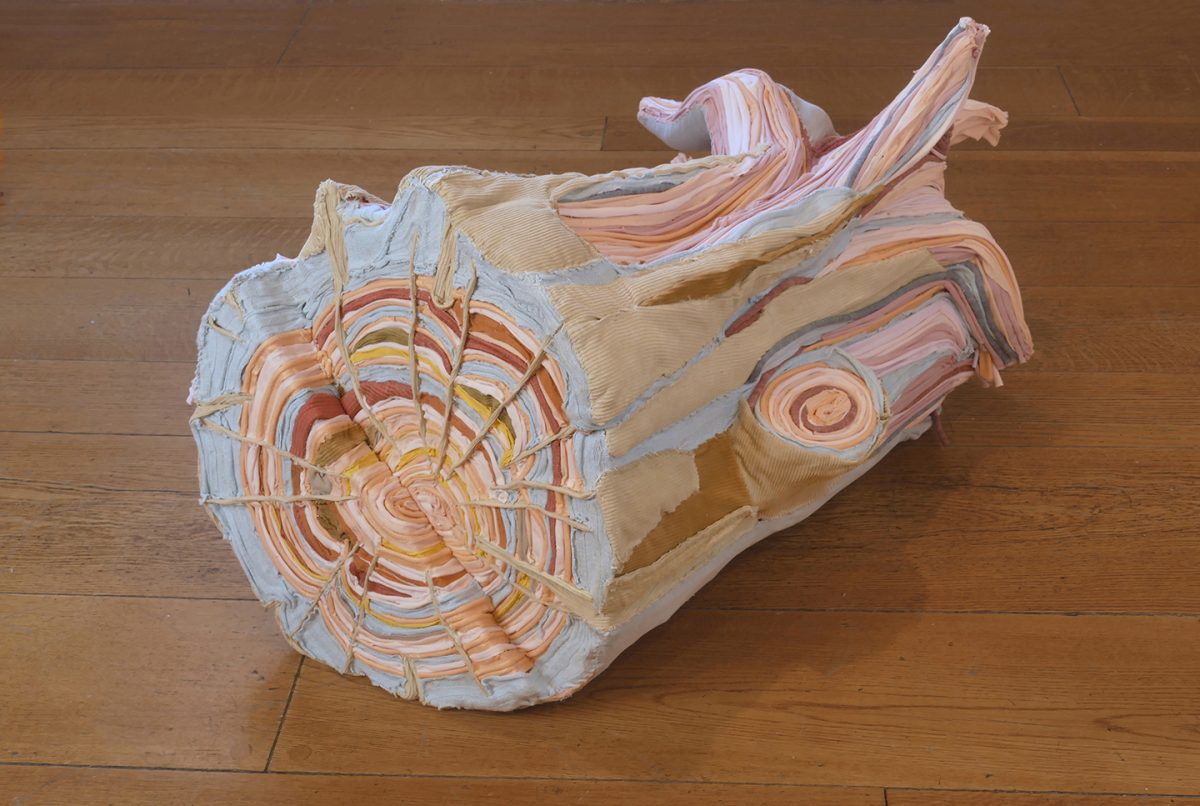 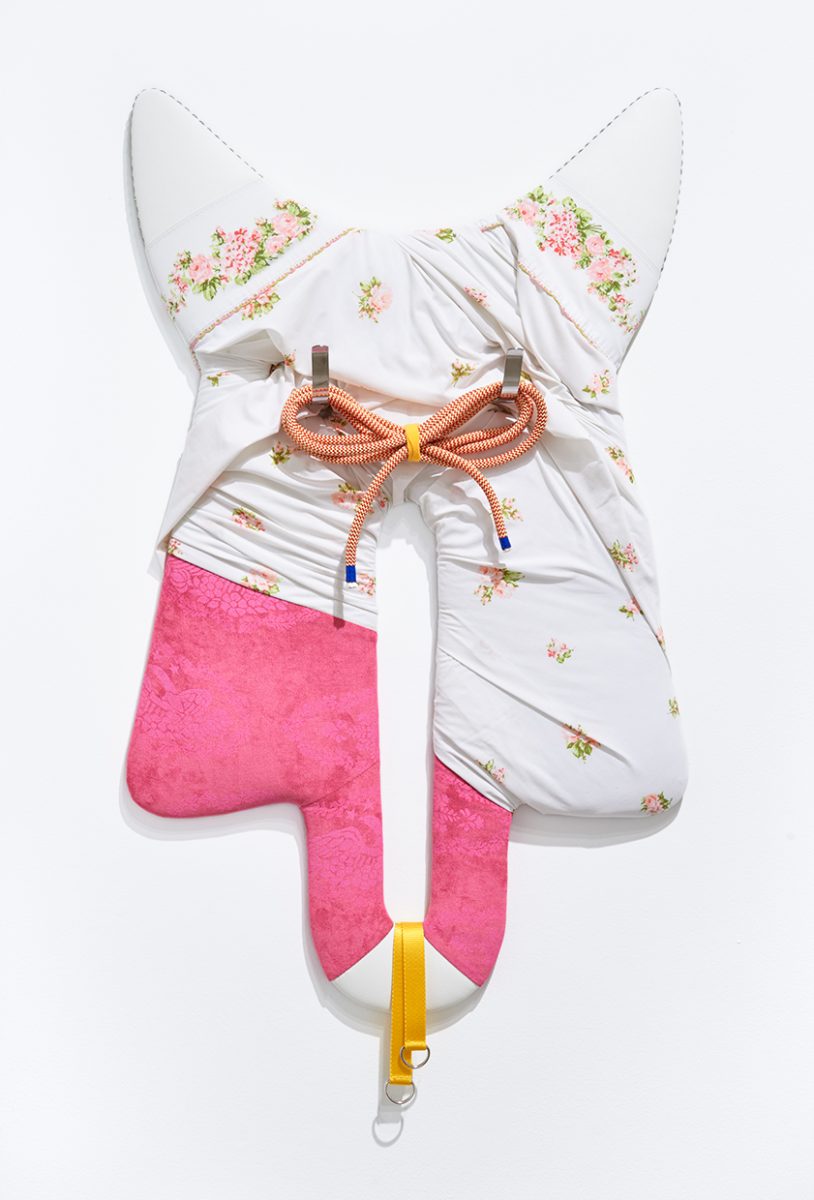 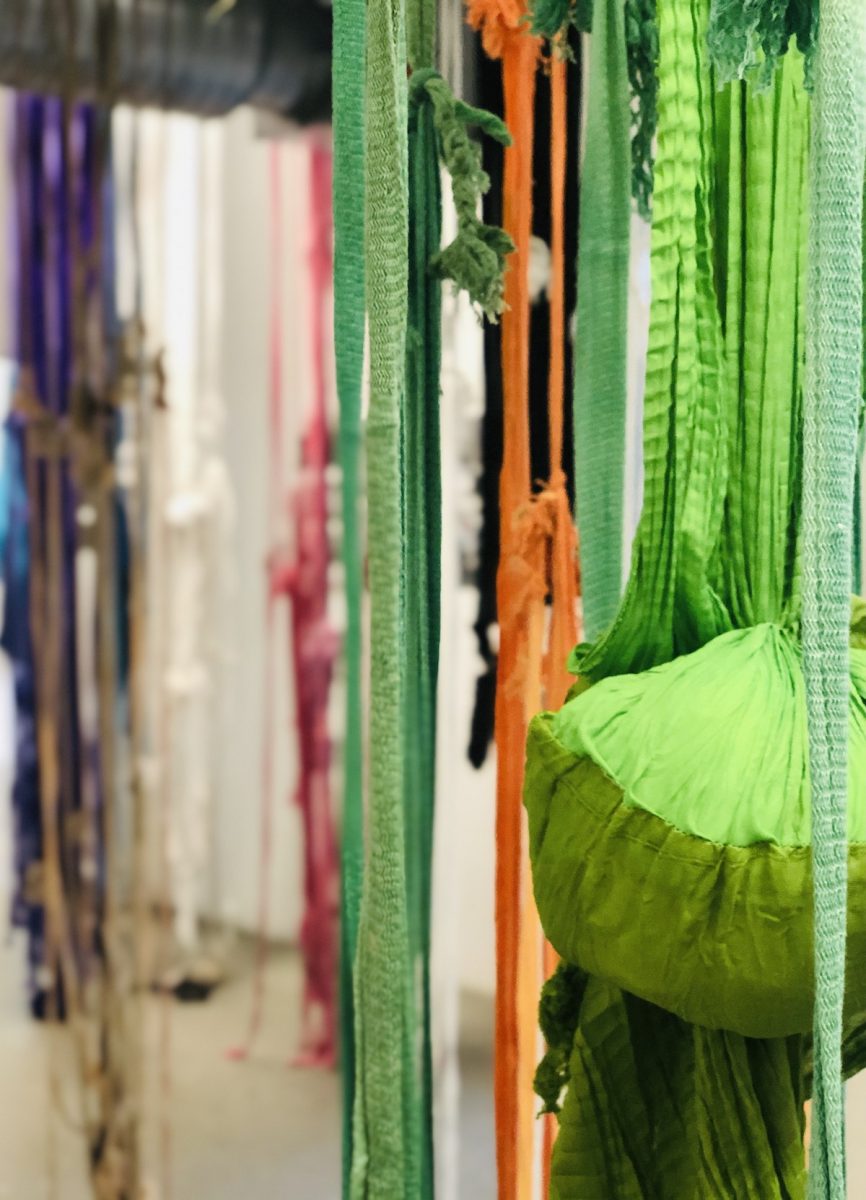 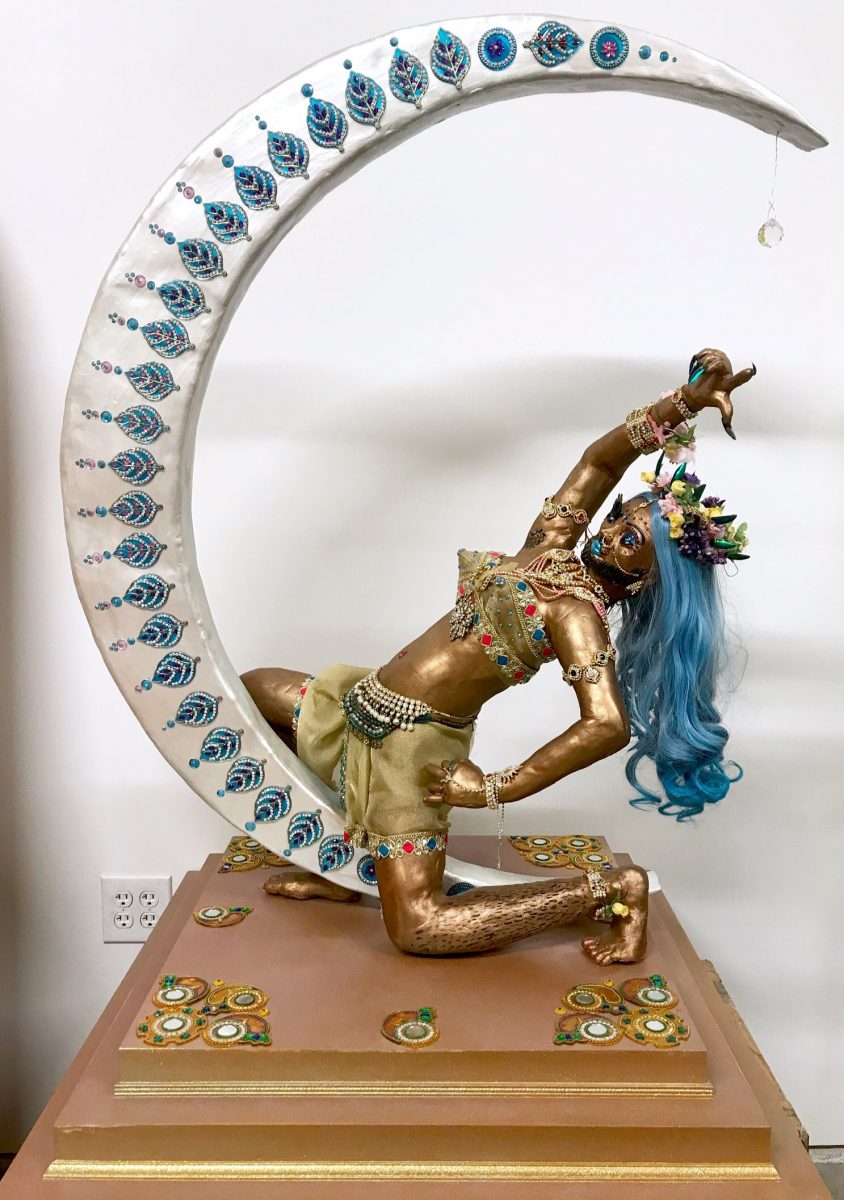 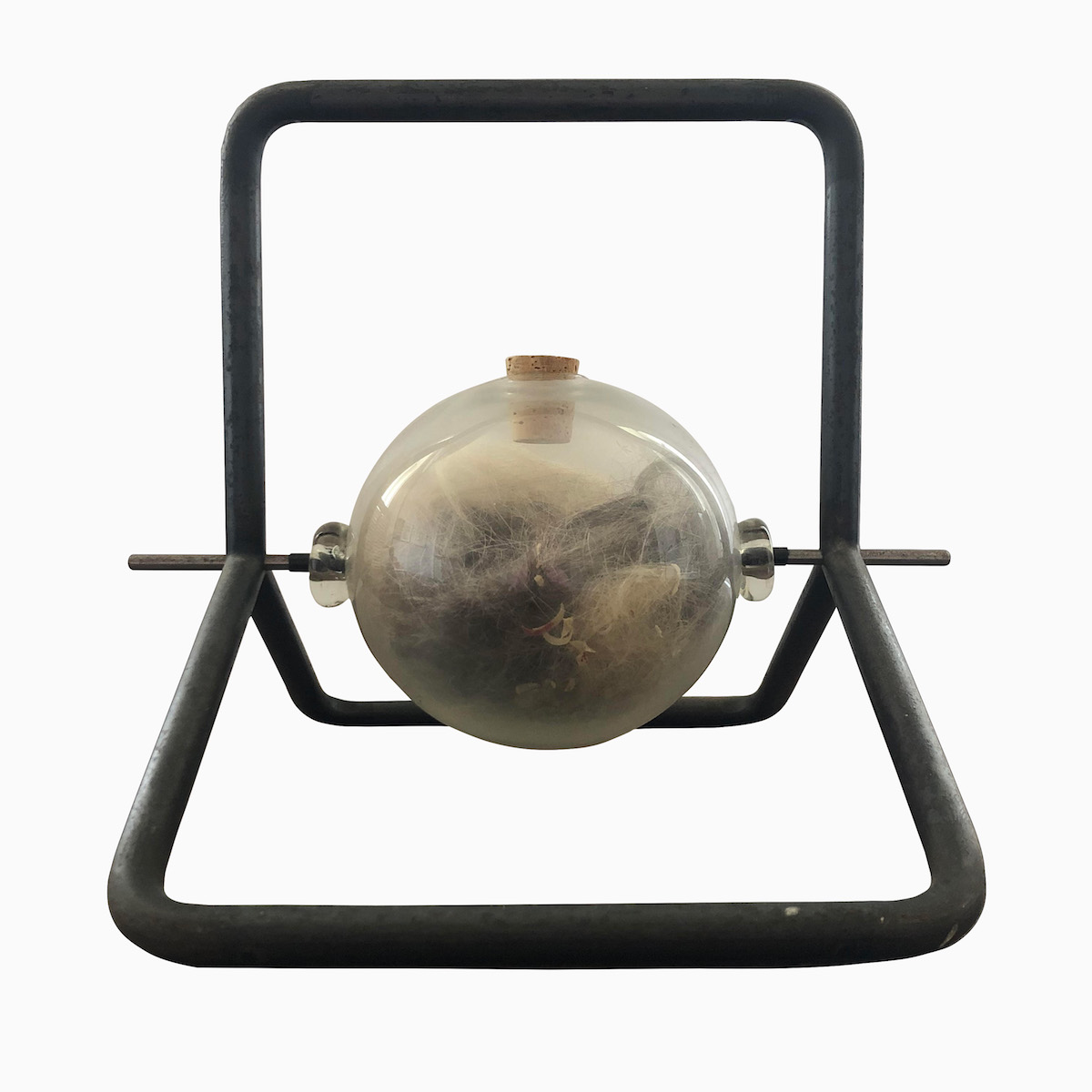 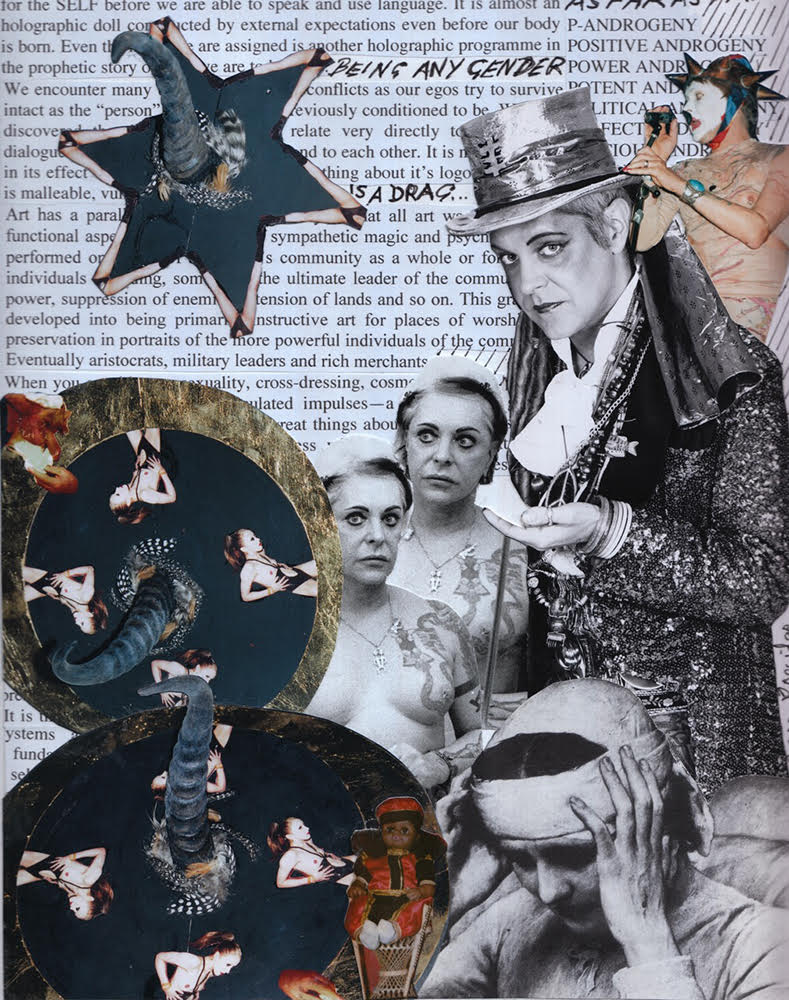 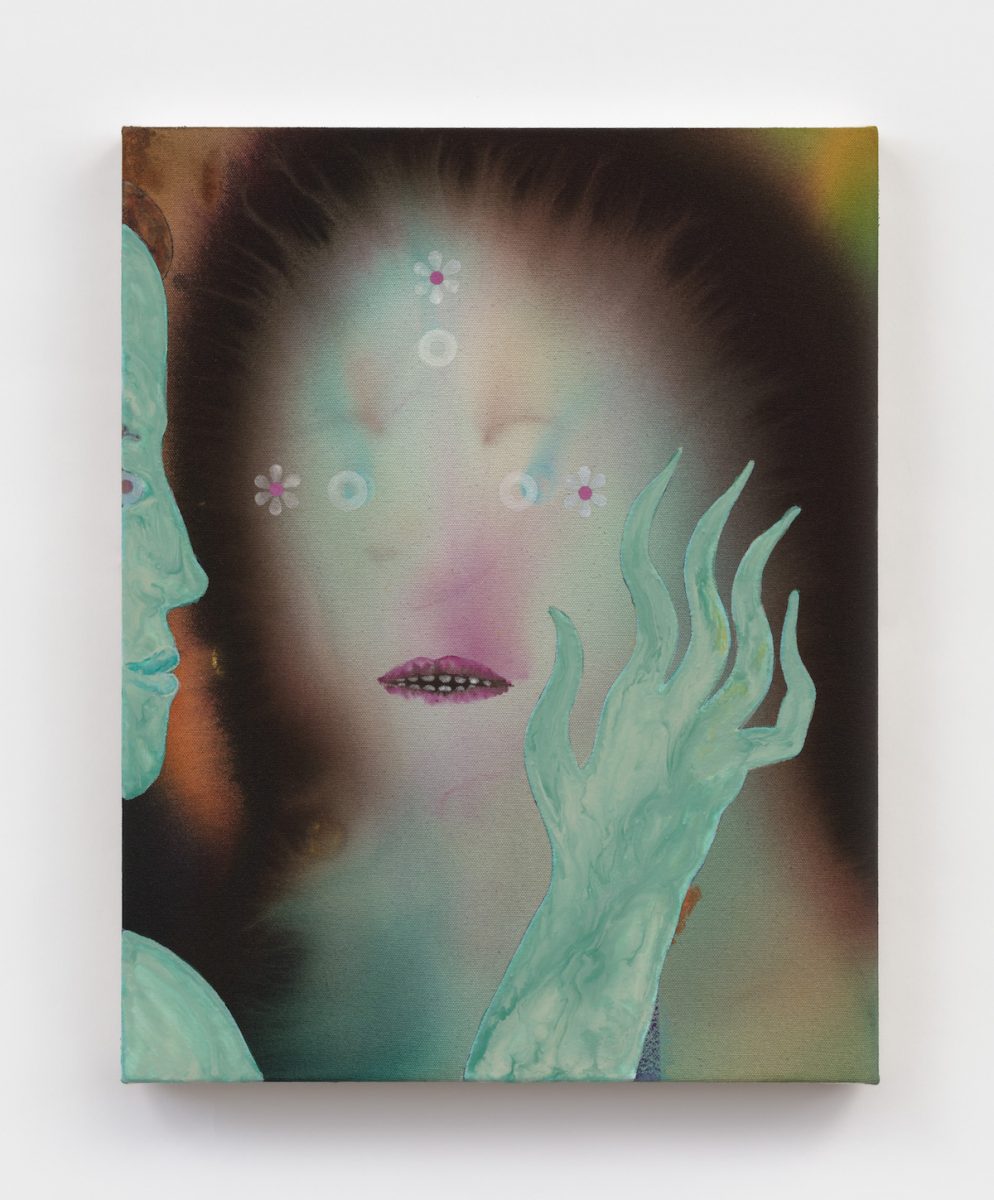 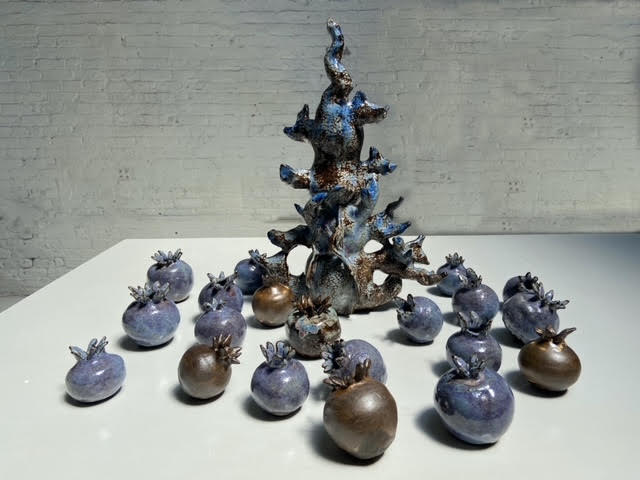 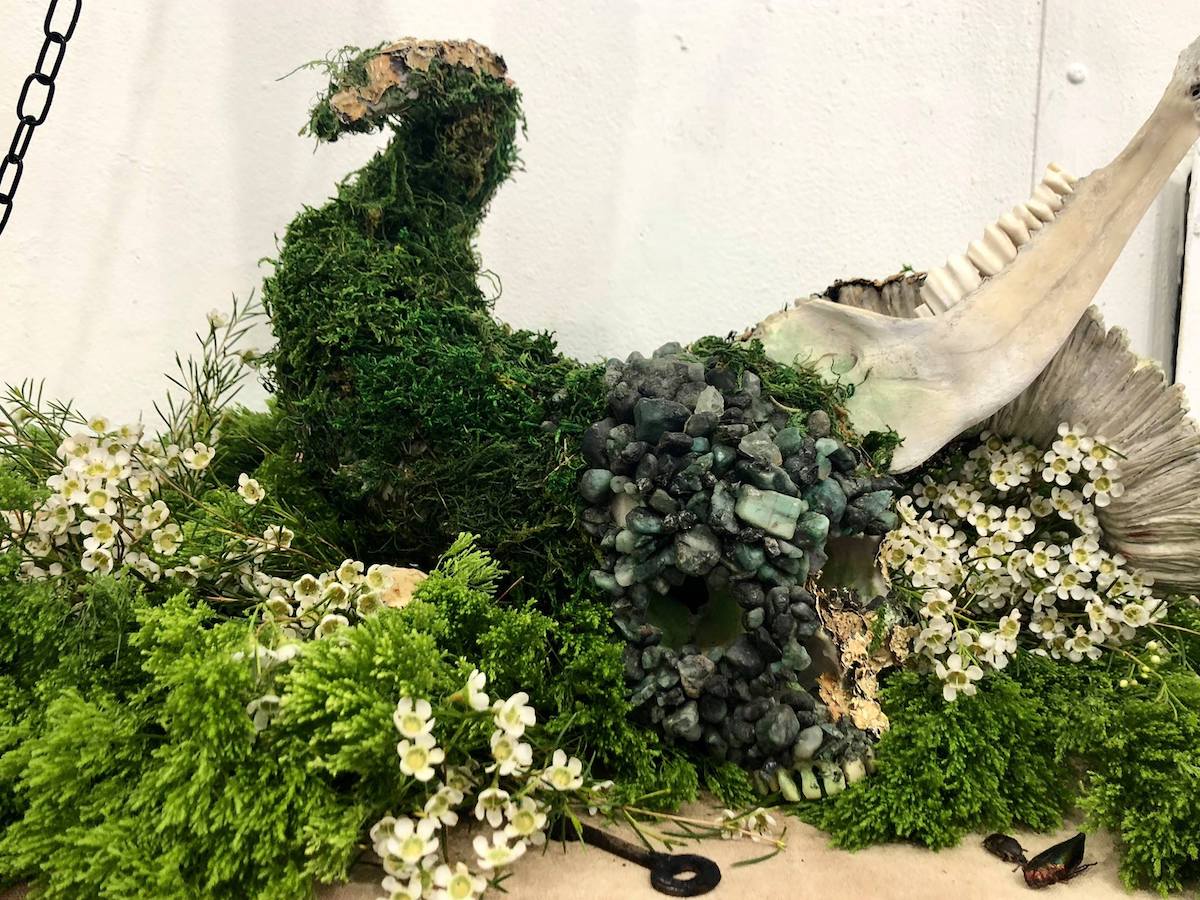 Until 27 April at The National Arts Club, New York 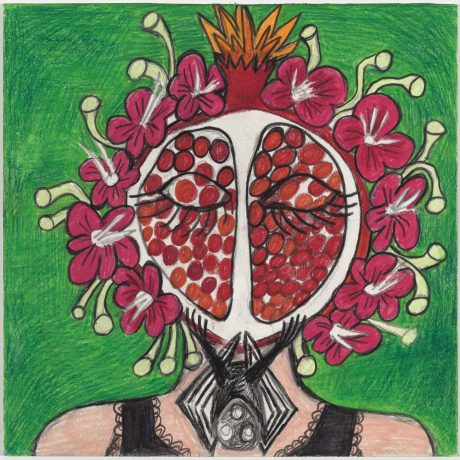