Winehouse wore the jeans in 2001, when she was 17, to record a song that wouldn’t be released until after her death a decade later. Speaking in 2018 about the demo-track, My Own Way, producer Gil Cang told the Camden New Journal how Winehouse, “walked into the studio wearing a pair of jeans with “Sinatra Is God” written in black marker across the bum.”

It is now a decade after Winehouse’s death, and the jeans hang limply in a glass case in the Design Museum in West London, the black marker replaced with pink embroidery. On the other leg, also in pink thread, is picked out simply “Amy”. Sinatra may be god, but this display case is clearly a reliquary, and, in this entrance chamber hung with pearly drapes, we are in the business of making saints.

Of course, the exhibition blurb and gallery labels for Amy Winehouse: Beyond the Stage don’t put it this way. The show wants to “rebalance the story”, championing Winehouse’s talent and creative process. It aims to “tease apart her collage of influences”, to construct a connective web, circling around the cultural products Winehouse devoured (Sinatra, Ella Fitzgerald, 1960s pop, Camden thrift stores) and extending out to those who have devoured her.

Sorry, should I have said “inspired”? It’s just, looking at a beehive wig on a disembodied mannequin head, and at rows of headless mannequins decked out in Winehouse’s tiny dresses, I can’t stop thinking of the legacy of Frida Kahlo, and particularly of Margaret Lindauer’s book Devouring Frida (1999), which examines how the persistent emphasis on Kahlo’s aesthetic “sustains the notion that dressing-up constituted Kahlo’s sense of her own identity”. In doing so, Lindauer argues, her personal narrative is isolated from broader social and political contexts.

British critic Philomena Epps’ insightful piece, written in the wake of the V&A’s 2018 Kahlo exhibition, draws on Lindauer’s work to suggest that Kahlo’s self-presentation “has an uncanny relationship to the way her image has been appropriated since her death: broken into parts, objectified, and packaged for commercial profit.” At the V&A there was ​​“the #InspiredbyFrida selfie competition, with a frozen margarita prize […] the cactus wall hangings, the bottles of hot sauce, the cans of refried beans stacked in the gift shop”.

For sale at the Design Museum gift shop are the gold Amy tote bag, the gold Amy hoop earrings, and, most of all, the satin ballet pumps (so similar to the ones Winehouse was relentlessly photographed in, blood-soaked and soiled after a fight with her husband). Despite the museum’s well-intentioned aim to shift Winehouse’s story away from one of sickness and suffering, the result feels reductive, fetishistic and morbid. It disturbs me.

When the ICA presented their Kathy Acker exhibition, I,I,I,I,I,I,I, Kathy Acker, in 2019, the experience of confronting Acker’s jacket as it hung from a hook on the wall reminded me of seeing Kahlo’s corsets in the V&A. “How small they seemed and how voyeuristic it felt looking at them,” I wrote in the cultural newsletter Looking at You. The connection between the two artists, notably in how they were being commemorated, felt stark: both Kathy and Frida liked to work with fetishes, both were sick women, both “made themselves up”.

I wondered at the time if there weren’t a lot of exhibitions that could simply be titled “Dead Women Make Good Art”. And, well, here’s another display of a dead young woman’s personal effects, pinned under glass like exotic butterflies, like contact relics. There, Kahlo’s Revlon lipstick in a shade named ‘Everything’s Rosy’; here, Winehouse’s Rimmel eyeliner in ‘Exaggerate’.

“This display case is clearly a reliquary, and we are in the business of making saints”

It’s not really the Design Museum’s fault. Winehouse’s canonisation began the day she died, when (as people had for Diana Spencer 14 years before) mourners gathered to lay flowers and tokens for a woman whose life had been cut short. And, of course, ‘women’s history’ is formulated through reappraisals and critical dredging: reviving the lives of women supposedly lost or mistreated by history has long been central to the feminist project. Perhaps it is unsurprising then that ‘fourth-wave’ feminism has brought a clutch of cultural revivals in its wake. Perhaps a new generation of feminists need a new genealogy?

Yet, in a culture marked by its enduring taste for feminine victims, what significance does it hold that so many of the women recurrently resurrected in the contemporary moment are defined by their tragic, violent, or premature deaths? It’s not just Kahlo, Acker and Winehouse. It’s Julie Becker, who died by suicide in 2016 aged 43, and was the subject of a retrospective at the ICA a year before Acker. It’s Francesca Woodman, who died by suicide in 1981 aged 22, and has since been the subject of yearly exhibitions, for example at Tate Liverpool in 2018 and at the Scottish National Portrait Gallery in 2019.

It’s Ana Mendieta, who died in 1985 aged 36, after falling from the 34th floor of a New York tower block (many believe she was pushed by her husband Carl Andre) whose first UK retrospective was at the Hayward Gallery in 2013. It’s Nina Hamnett, who died in 1956 aged 66, from complications after falling out of her apartment window (possibly having jumped) whose first retrospective was at Charleston this year. Looking at this collection, it would be easy to conclude that Edgar Allen Poe was correct in his infamous claim that “the death of a beautiful woman is unquestionably the most poetic subject in the world”.

Yet, I think the fact that it is these women who are haunting the contemporary moment says more about the specific flavour of the present than a persistent taste for hot young corpses. For all these women were not simply young and beautiful, but also difficult, furious and desperate. Radical, avant-garde and wayward.

“Their names keep returning. These women’s remains remain a threat, a rebuke to the social conditions that destroyed them”

In 1963, Susan Sontag opened an essay on Simone Weil (another woman frequently defined by instability, bodily disintegration and premature death) by suggesting, “the culture-heroes of our liberal bourgeois civilisation are anti-liberal and anti-bourgeois; they are… repetitive, obsessive, and impolite, who impress by force… by the sense of acute personal and intellectual extremity.”

Looking at the repetitive, obsessive ‘revivals’ of the past decade, I would suggest the same applies in our neoliberal bourgeois present. This is why exhibitions that aestheticise and commodify these women’s lives disappoint. Because, all too often, these retrospectives seem motivated by an urge not to remember, but to bury, to attempt to leave behind.

But their names keep returning. These women’s remains remain a threat, a rebuke to the social conditions that destroyed them. Let them haunt us, not as hallowed saints or feminised trinkets but in their wayward, blazing extremity.

Amy: Beyond the Stage 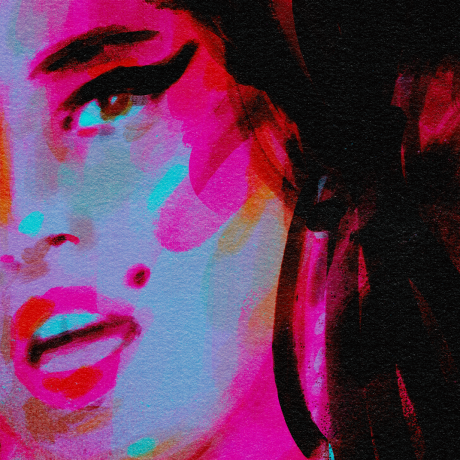