It was on a school trip to Tate Britain in 2004 that I first discovered the work of Paula Rego. When I lost my classmates and began to explore the gallery alone, I found myself facing The Dance (1988) in a room dedicated to the Portuguese artist.

The 17-year-old me was immediately enchanted by the large painting, which depicts eight characters dancing on the blue-tinted, shadowy sand of a moonlit beach. Men appear as supporting cast members to the female figures, of many different ages, who lead the narrative.

There are two young dancing couples, who are joined by another group of three (likely a grandmother, mother and child) holding hands in a self-contained circle of their own. A solitary woman stands alone as she stretches out her expressive hands into the air, in stark contrast to the touch and connection between the other figures.

I felt then, and I still do today as I look back at the painting, that this work depicts the formation of female identity, constructed through the relationships we have with others, as well as with ourselves.

“A woman stands alone as she stretches out her expressive hands, in contrast to the connection between the other figures”

This was the first time that I had encountered art that I could relate to. In the classroom, we had been taught about Picasso and Gauguin: women were apparently the objects of these great male artists’ gaze. But here, I realised that women could tell their own stories through art.

I recognised myself in this image of these women. I’d not long ago been that small child, holding hands with my own grandma. I could also imagine a future, one learned from saccharine Disney films (which Rego cited as a strong influence on her), in which I was expected to neatly couple up.

It was the solitary woman lost in thought who really captured my imagination, though. In standing alone, she shattered conventions of femininity in my eyes. This powerful painting has since continued to influence my life, both personally and professionally.

Over the next few years, I didn’t find the belonging I’d hoped for at university. Having gone to study English and Classics, I felt stifled and unwelcome in the formal academic departments. However, after meeting two supportive lecturers in modern art history, it was agreed that I could write my final-year dissertation on Paula Rego.

It was while working on this that I decided to write to Rego, revealing in a handwritten letter that The Dance was the main subject of my thesis on her feminist fairy tales. I posed a series of questions to her and, unbelievably, she wrote back.

Buoyed by this experience, I continued my research on Rego and other feminist storytellers through a Master’s in Art History and Visual Culture. A career in museums and galleries followed, during which time I moved from one rented apartment to another, across London, out of London, and back again.

I have always kept safe Rego’s letter. It’s not just in my professional life that Rego’s painting has stayed by my side and driven me forward. My personal life has also been impacted by this picture, which has filled me with confidence and given me comfort. Life has begun to imitate art.

As we grow older, our circumstances change, just like the dancing women in the artist’s magic circle. Now in my mid-30s, I increasingly find that many of my female friends are starting their own families. Looking again at Rego’s painting, I see that one woman seems to be pregnant.

I am of course happy for these women in my life, but I have also questioned if we are still in the same dance as I remain single. Finding myself stood alone at weddings and children’s first birthdays, I increasingly identify with the heroine on the edge of Rego’s picture. “You’re not alone in your solitude,” she seems to promise me.

“It was the solitary woman lost in thought who captured my imagination. In standing alone, she shattered conventions of femininity in my eyes”

When in 2020 I secured a deal for my first book Muse, I resolved to write a chapter on Rego’s cast of women and the real-life individuals who had worked closely with her. I learned that it was the artist’s main model, Lila Nunes, who had posed for various figures in The Dance, from the golden-haired dancer to the woman on the sidelines.

“She is really myself,” Rego revealed about Nunes. “I don’t like doing self-portraits but she’s like a self-portrait.” Nunes, who is also Portuguese, looks a lot like Rego and acted as her alter ego in countless artworks. It’s impossible not to read The Dance through this autobiographical lens, especially as Rego’s husband Victor Willing, who had been ill for some time, died shortly before its completion.

Just as Nunes stands in for Rego, so too does this great painting allow me to see myself truthfully reflected in the figures I find inside the frame. Looking again at The Dance now, following the news of Rego’s death at the age of 87, I realise just how much larger the woman on the left is than the other figures.

She is defiant and independent, introspective and yet still connected to the circle of strong female figures. They are all in motion. It is an empowering picture, one that has made sense of my story for me, affirming my own dance through life.

Ruth Millington is an art historian, critic and writer. She is the author of Muse (Penguin, 2022), which tells the true stories of the muses who inspired art history’s masterpieces

Absorbing personal stories of the lasting impact that art can have 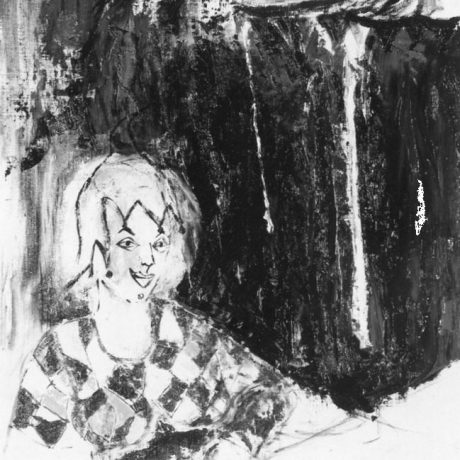