We are living in a culture obsessed with self-improvement, and even if you see it as a scam you are still likely to feel the pressure. Kaito Itsuki imagines a world in which optimizing yourself is not about becoming more beautiful, or better at your job, but about being more animal.

Drawing together images both real and imagined, she creates her own mythology as a means of understanding the modern human psyche. We have seen a return to handmade and traditional processes in contemporary art recently, and a growing interest in the spiritual or mystic—perhaps as a backlash to the rise of digital techniques. But Kaito Itsuki’s paintings merge these mythologies with the modern, as humans evolve into creatures, or get wired up to strange and otherworldly objects.

Acrylic nails are a recurring image. A joke on the trend for “claw” shaped nails, talons morph into tiger paws in Self-Illusion (TIGER), before the fingers mould together to form an IKEA kitchen knife. In Amazones Hand, these claws are accompanied by an image of a porcupine; what was an absurd beauty trend becomes a concept for evolution. 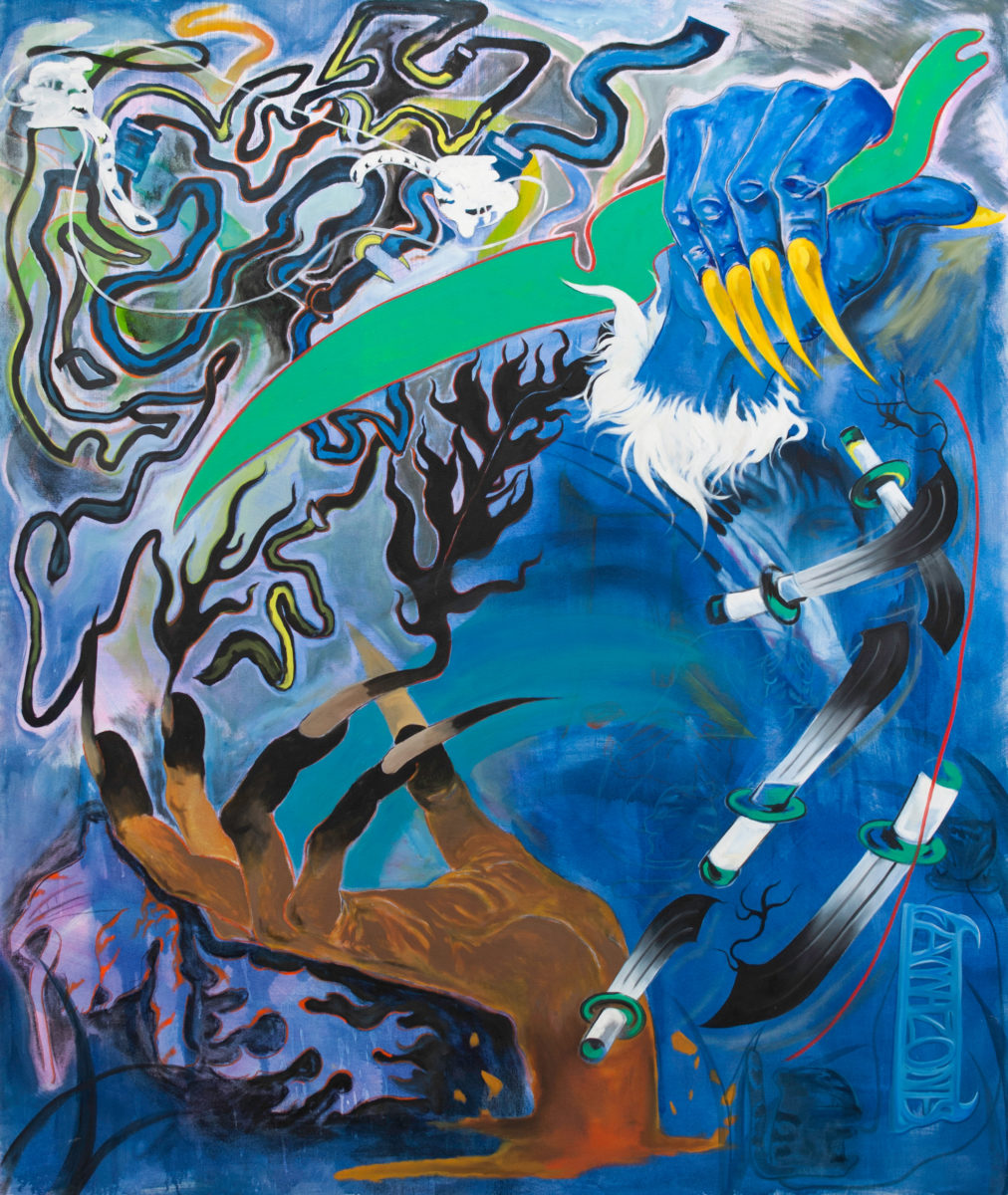 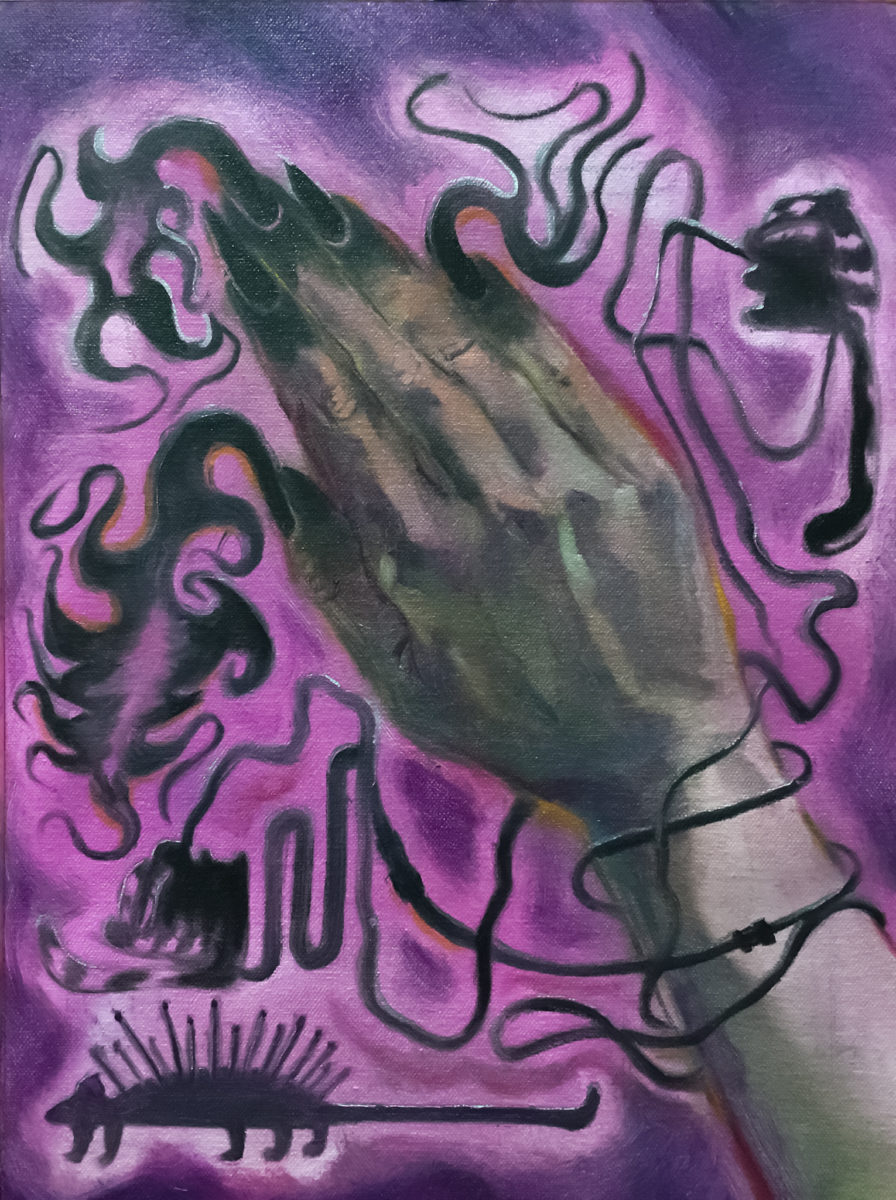 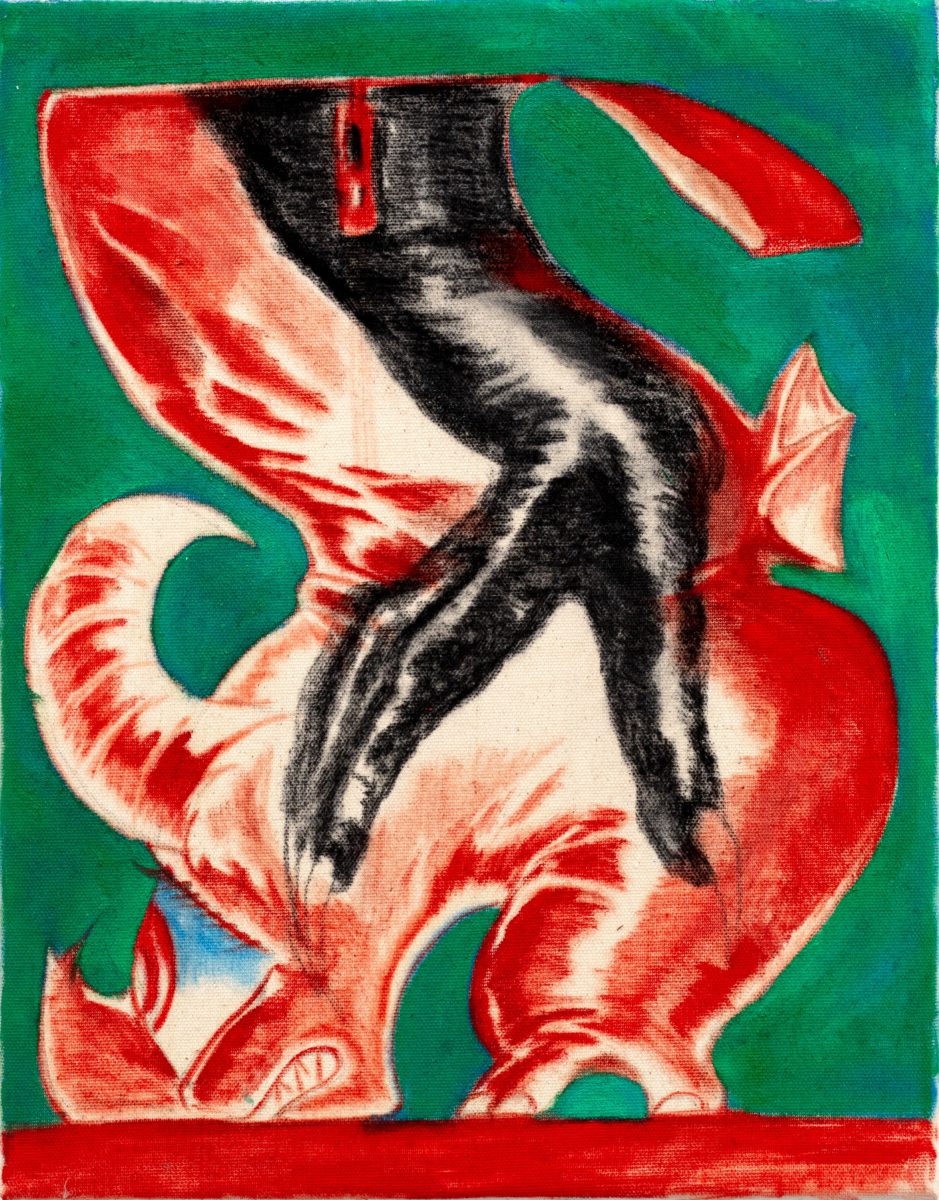 “Humans evolve into creatures, or get wired up to strange and otherworldly objects”

Kaito Itsuki grew up in Japan, renowned for its rigid etiquette, but her eccentric depictions of people that are either naked, half-naked or bearing swords for hands are not so polite. She often paints a figure named Belt Man, who appears tied up and restrained in various situations, but always on the edge of danger. He is poised to step on something spiky, or maybe just a tube of toothpaste, with one toe tied to a doorway.

Quite literally stringing her compositions together with painted cables, phone chargers, or a needle and thread, they take the form of strange circuits. In her Bijous series, a dog grows three heads, and three mice are joined together by the tail in a near-plausible ring. Taking an almost diagrammatic approach to painting, she tests her freak experiments out in two-dimensional space. 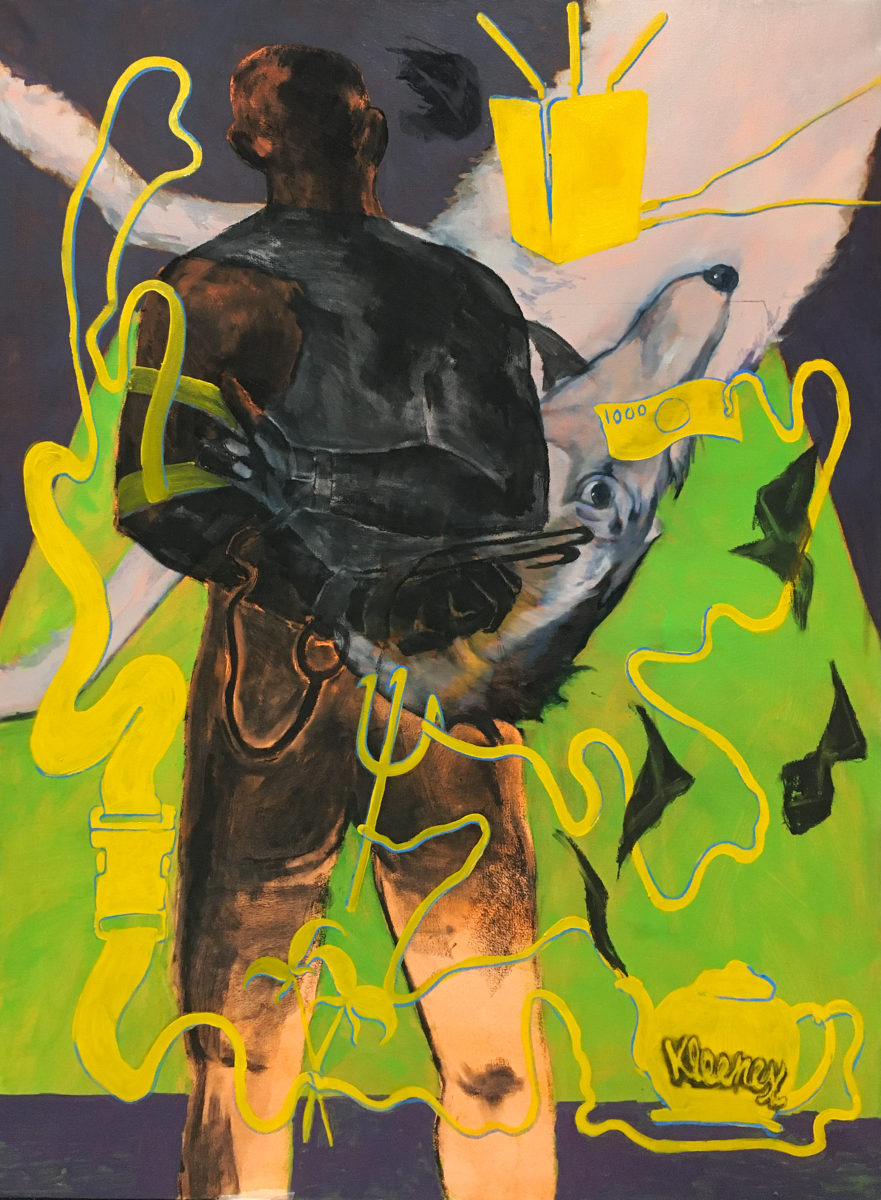 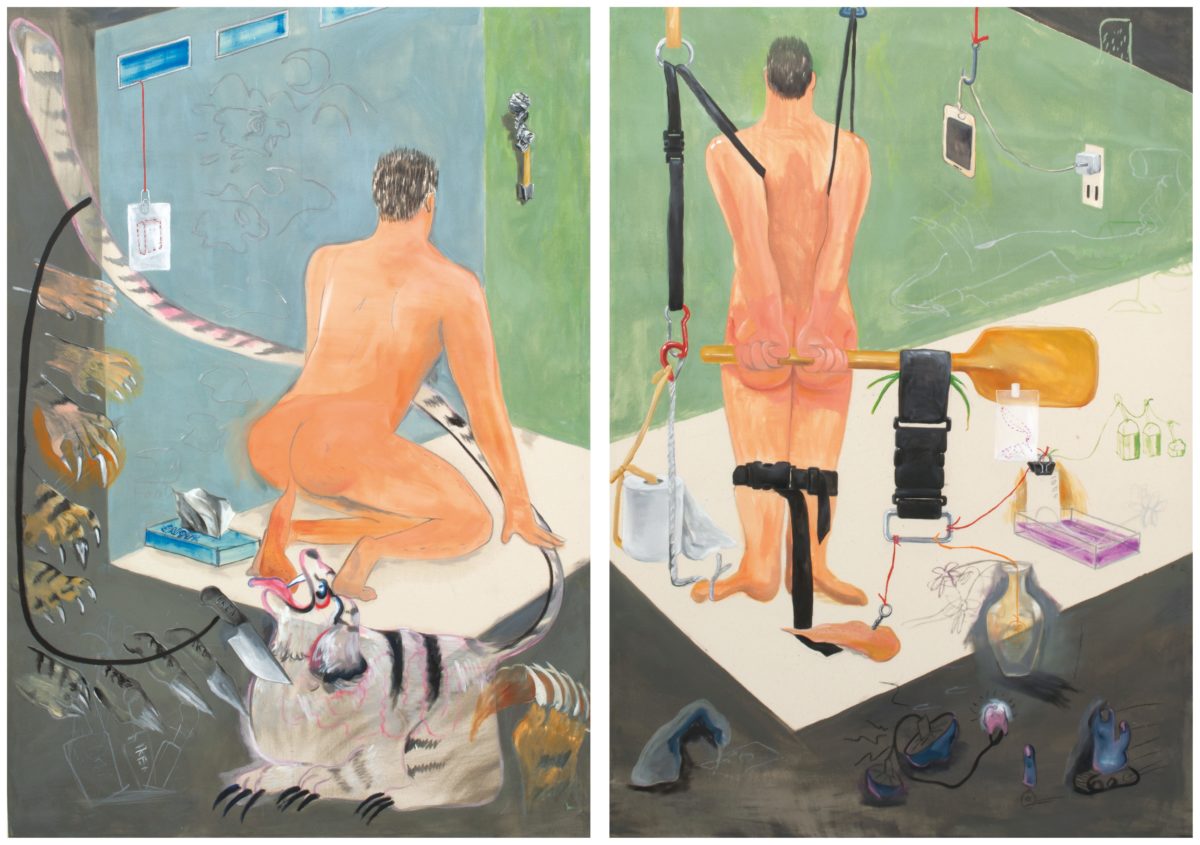 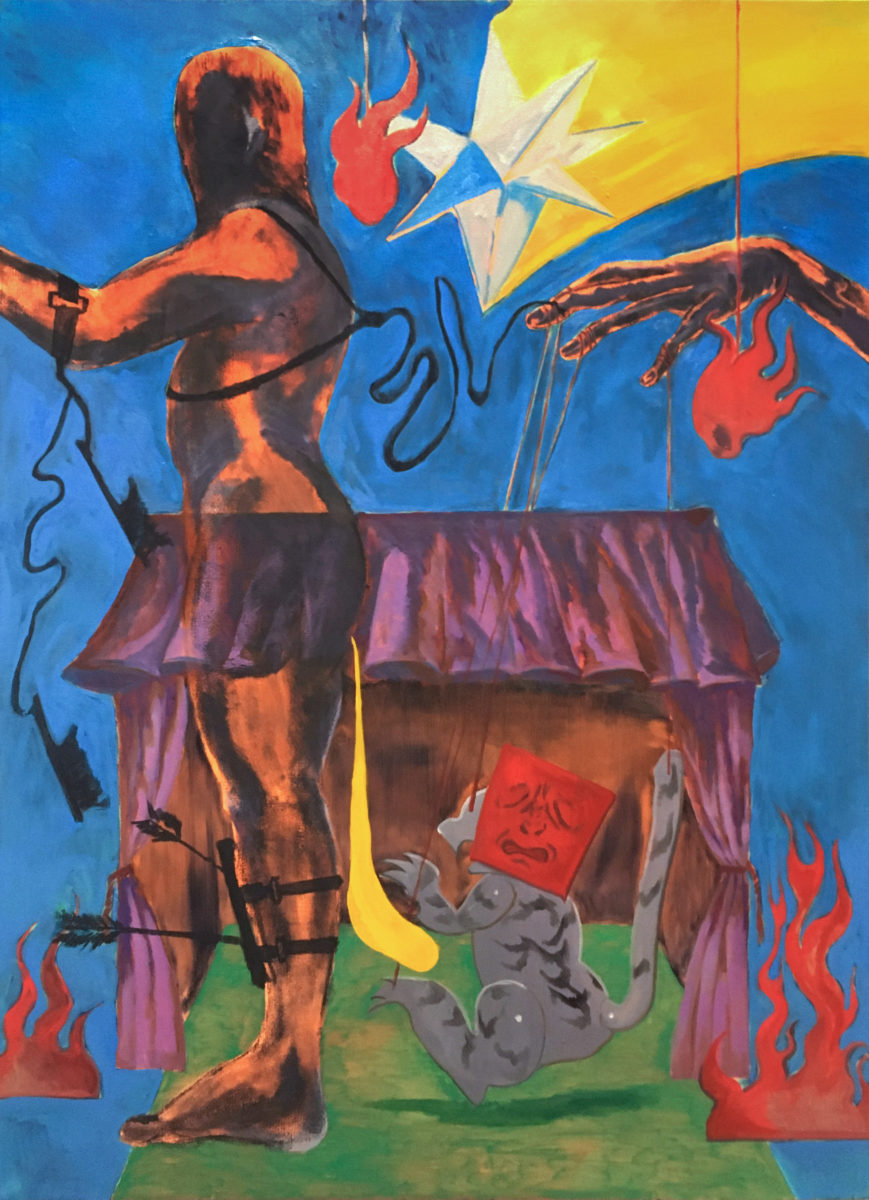 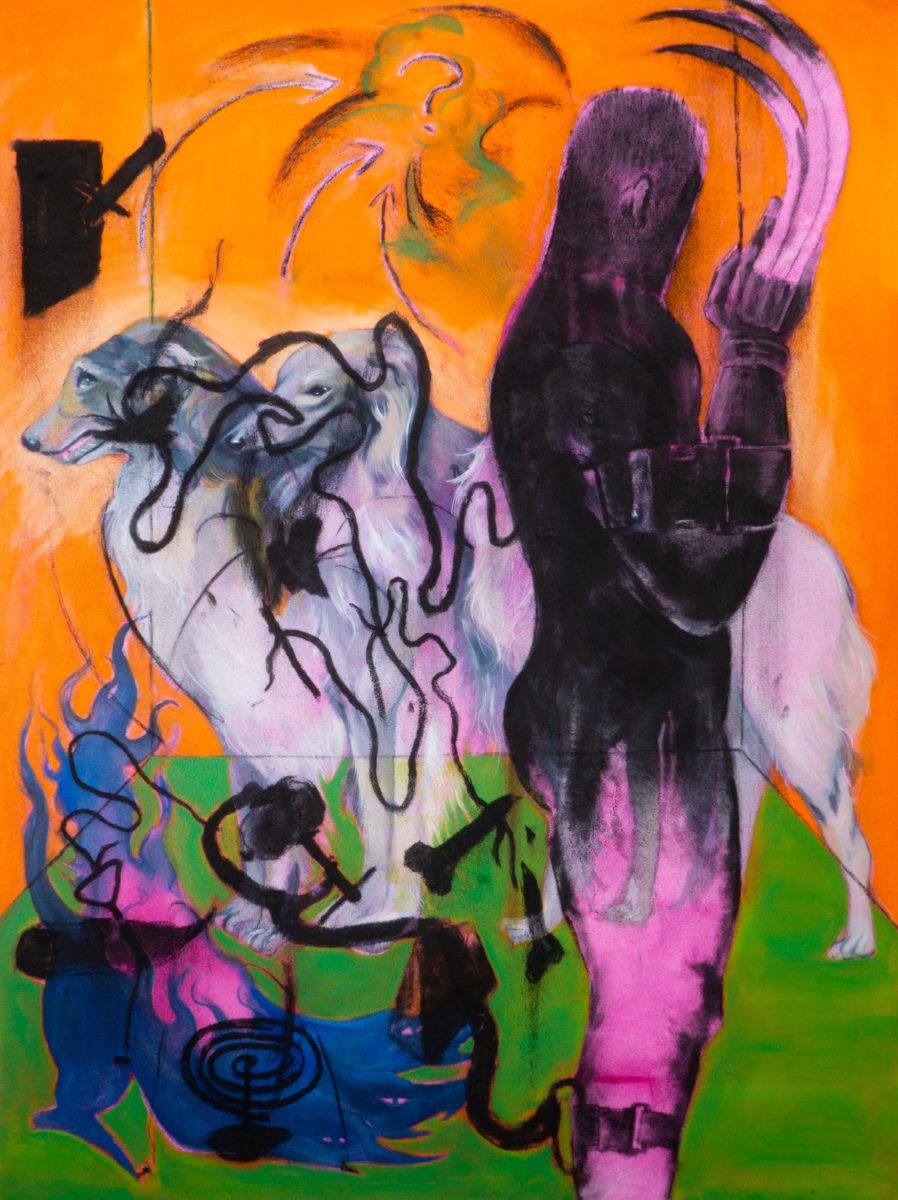 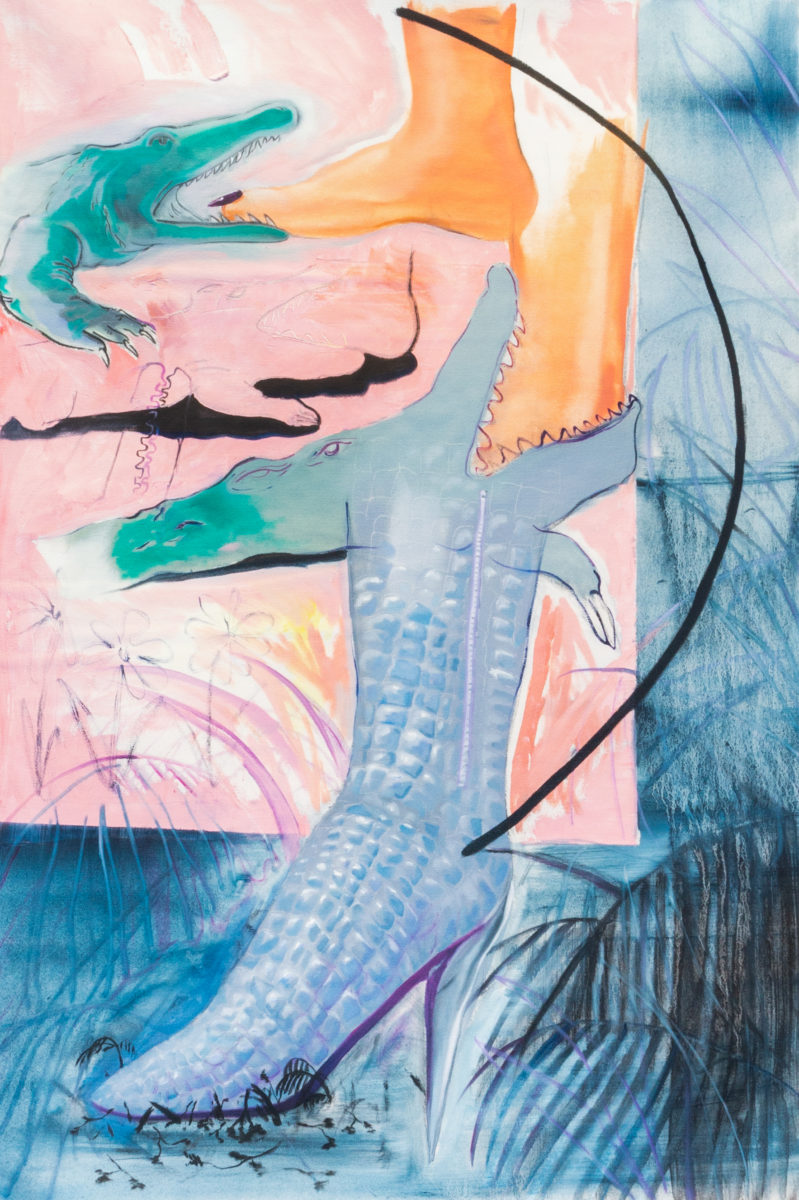 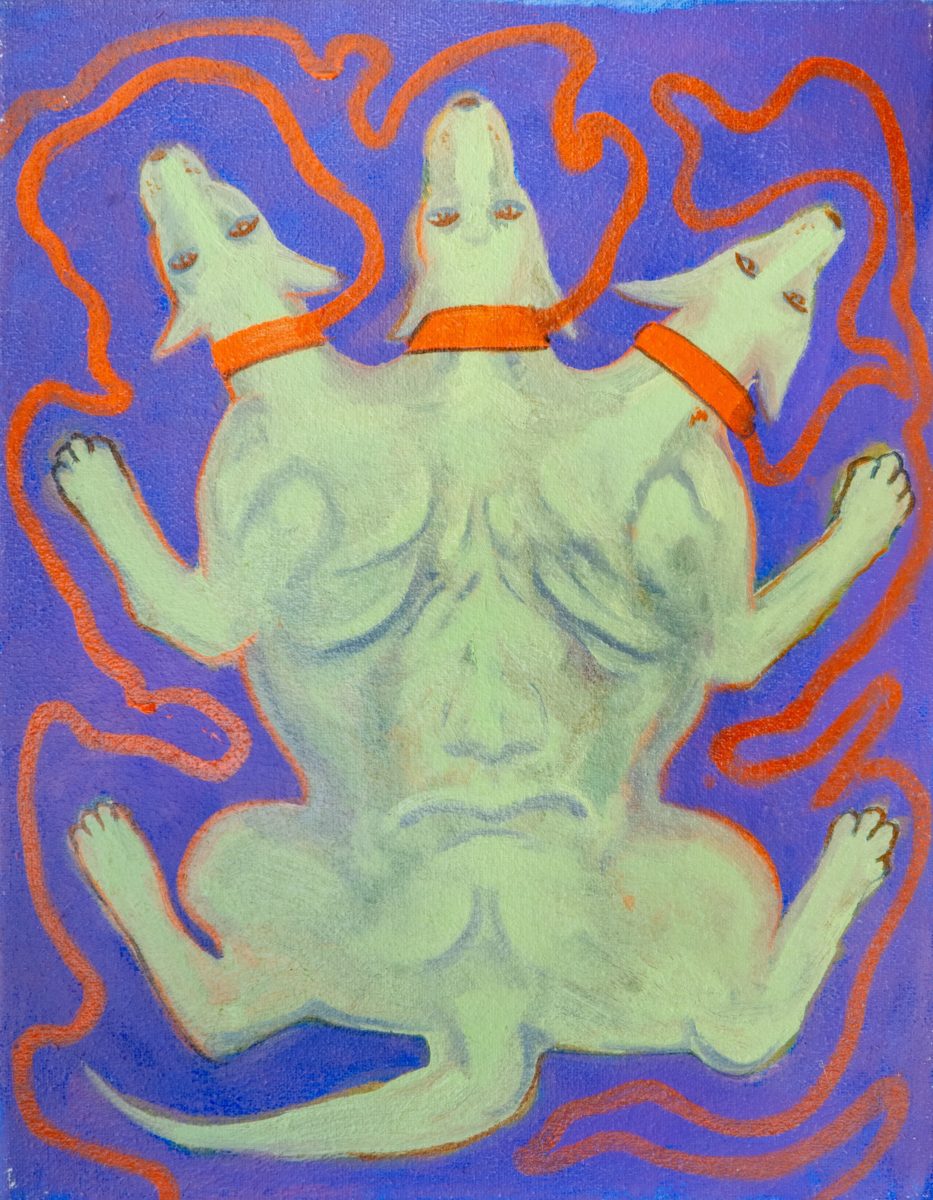 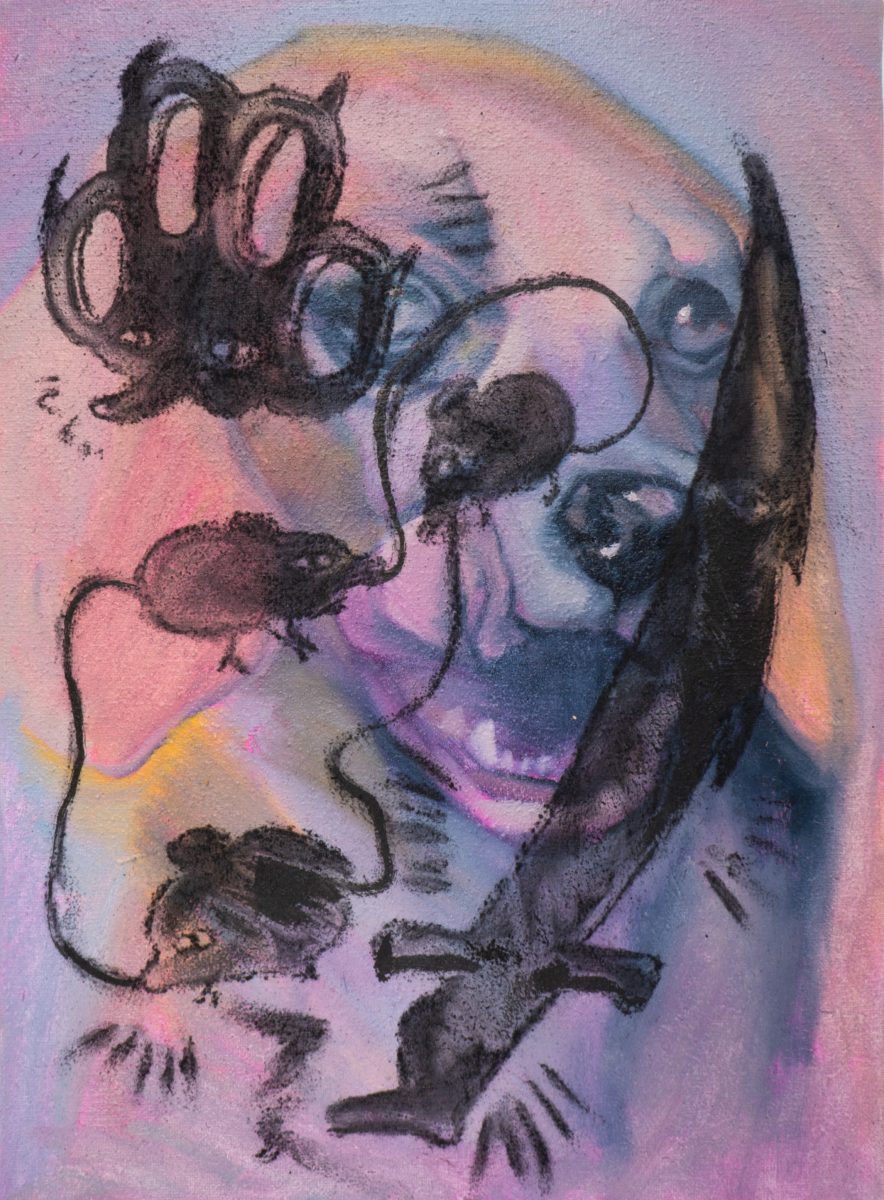 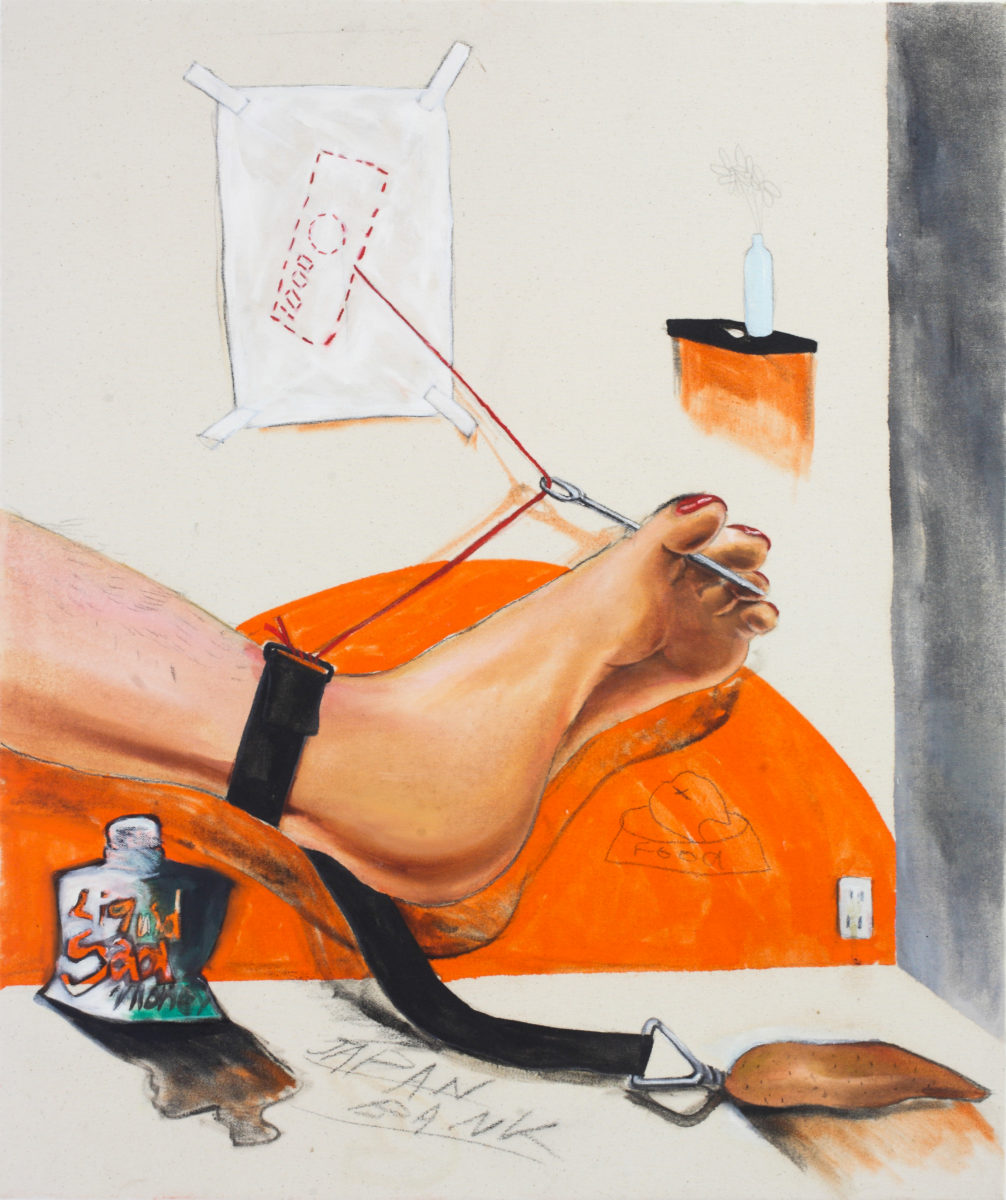 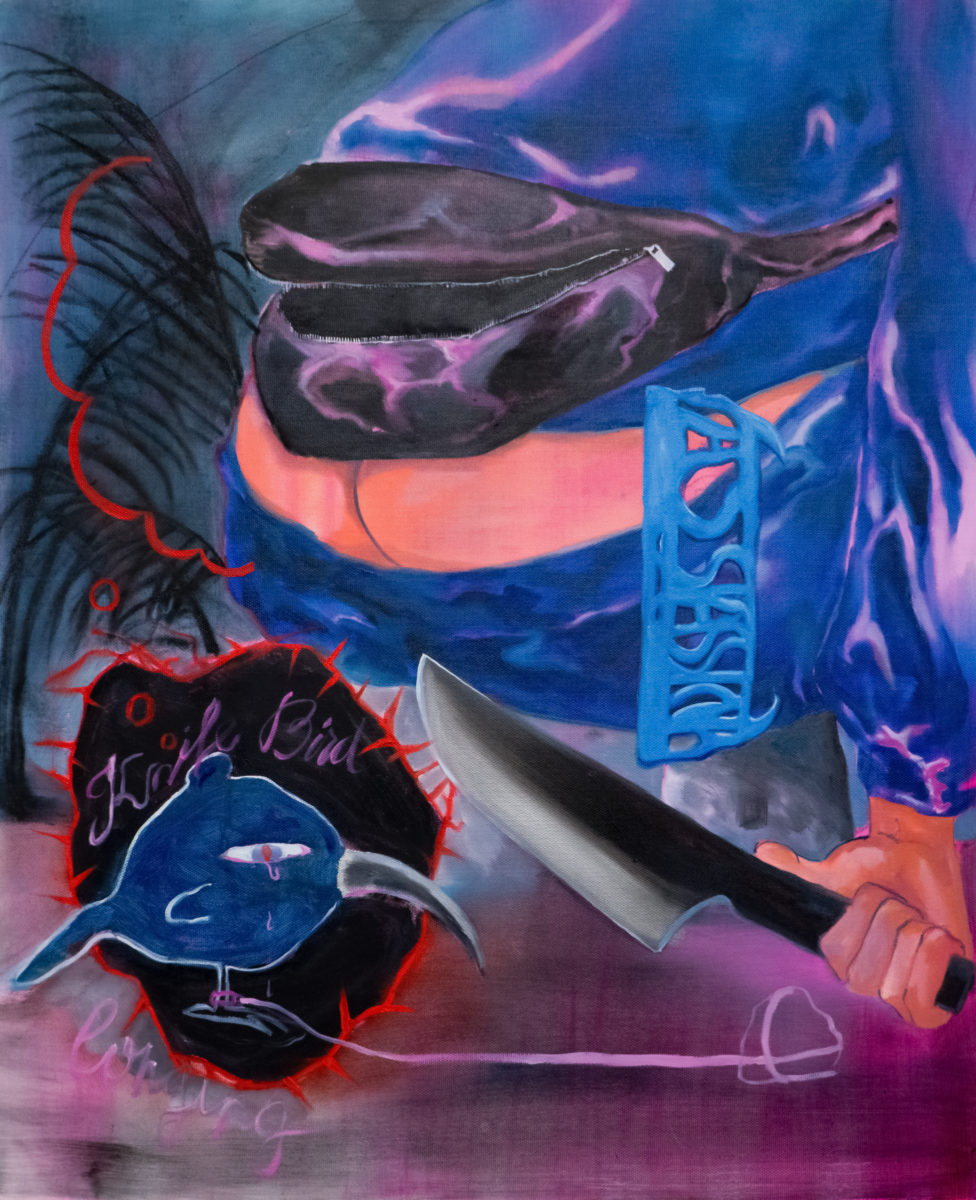