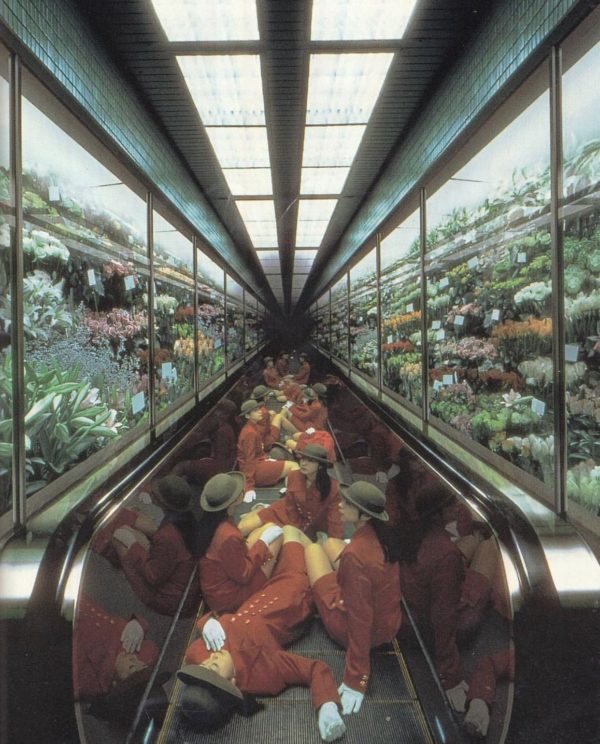 For Japanese artist Miwa Yanagi, “elevator girls” (the hostesses employed to greet shoppers in department stores) have proved a potent means of exploring the role of women in Japanese society. Her first solo show featured various uniformed models standing beside fake elevators, performing ritualised actions. Yanagi expanded upon the concept in a three-year photo series featuring groups of identically uniformed Japanese women in a range of surreal scenarios, their features digitally manipulated to make them appear more homogenised. This is one of our favourites, featuring elevator girls sprawled on a moving walkway like weary air stewards, framed by floral window displays.